The architects, representing the company, Nieto Sobejano Arquitectos, won the contest with an entry titled “Tabula”.

According to Michael Pärt, the chairman of the jury and Arvo Pärt’s son, the winning design is conceptual and architecturally fresh, meeting the jury’s expectations best.

“‘Tabula’ creates a harmonious and flexible environment for Arvo Pärt’s music. What deserves to be singled out in particular about this contest entry is its spatial arrangement and thoroughly considered thematic lighting,” Michael Pärt said. 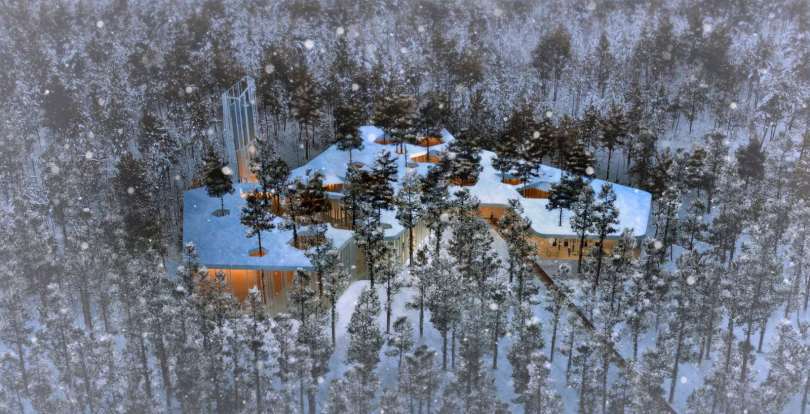 The two-stage international design contest was organised in collaboration between the Arvo Pärt Centre and the Union of Estonian Architects. The contest received 71 applications from all over the world.

The jury assessed the conceptual and formal quality of the contest entries; whether they met the requirements of the Arvo Pärt Centre; how they would fit with its surroundings; and also the feasibility of the architectural design.