In early May, the message of the Estonian Year of Music 2015 arrived in the Netherlands. The European Choir of Estonians, the Haaslava Male Voice Choir, the Chamber Choir “Pur sang” and the Dutch Estonian Choir performed a diverse selection of Estonian choral music at the Amstel church in the heart of Amsterdam.

A two-part concert lasting nearly three hours presented an overview of Estonian Song Festivals from the time of the national awakening during the second half of the 19th century (performing works by brothers Aleksander Kunileid-Saebelmann and Friedrich August Saebelmann) to the Singing Revolution (René Eespere, Alo Mattiisen). The second half of the concert focused more on contemporary music (Olav Ehala, Pärt Uusberg, Tõnu Kõrvits), including folk songs, jazz and pop music arrangements. 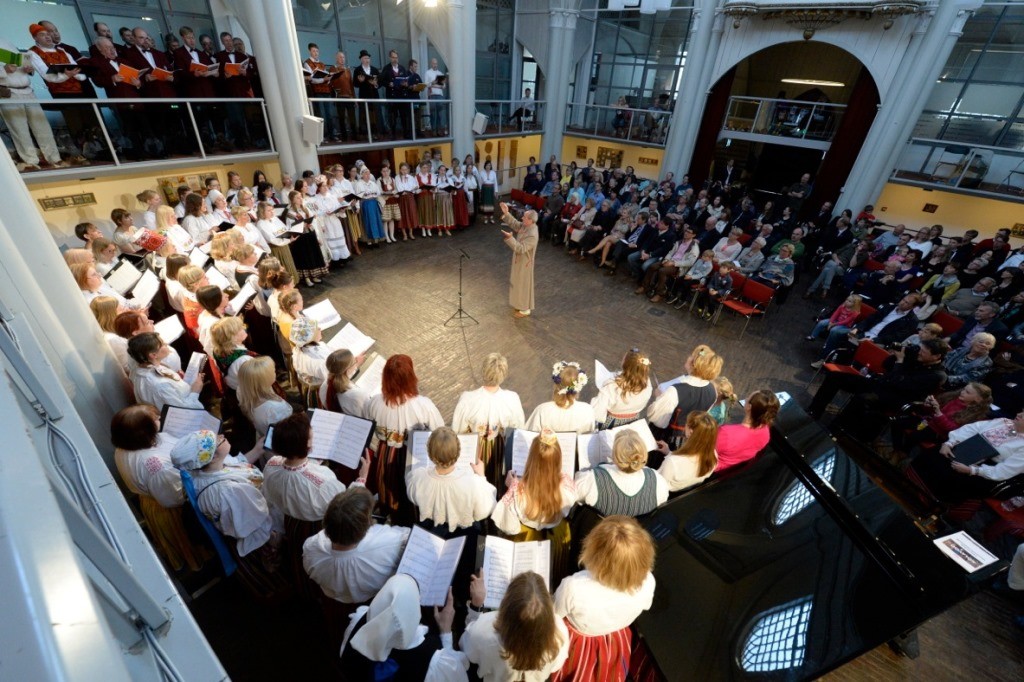 Estonians from twelve European countries formed a choir of 140 singers with the Haaslava Male Voice Choir from Tartu County and their double quartet, “Väike Punt” (Small Gang), providing the male voices. The joint choir was conducted by Kalev Lindal from Estonia, Elo Tammsalu-Schmitz from Germany and Silver Lumi from Finland, accompanied on the piano by Aita Sibul (from Germany).

The chamber choir “Pur sang”, comprised of Dutch singers, performed “Ingerimaa õhtud” by Veljo Tormis. This is not the first time it has sung Tormis’s arrangements as its conductor, Paul de Boer, is passionate about the Estonian and Baltic music. He is one of the first artists in the Netherlands to have performed and interpreted Veljo Tormis’s music. When they were asked how they were able to sing in the Ingerian language with such ease, the singers replied as one: “This isn’t Estonian, it is much easier!” To prove to the locals that it is also possible to sing Tormis’s arrangements in Estonian, two songs were performed by the Luxembourg Estonian women’s vocal ensemble “Meloodilised tordid”. 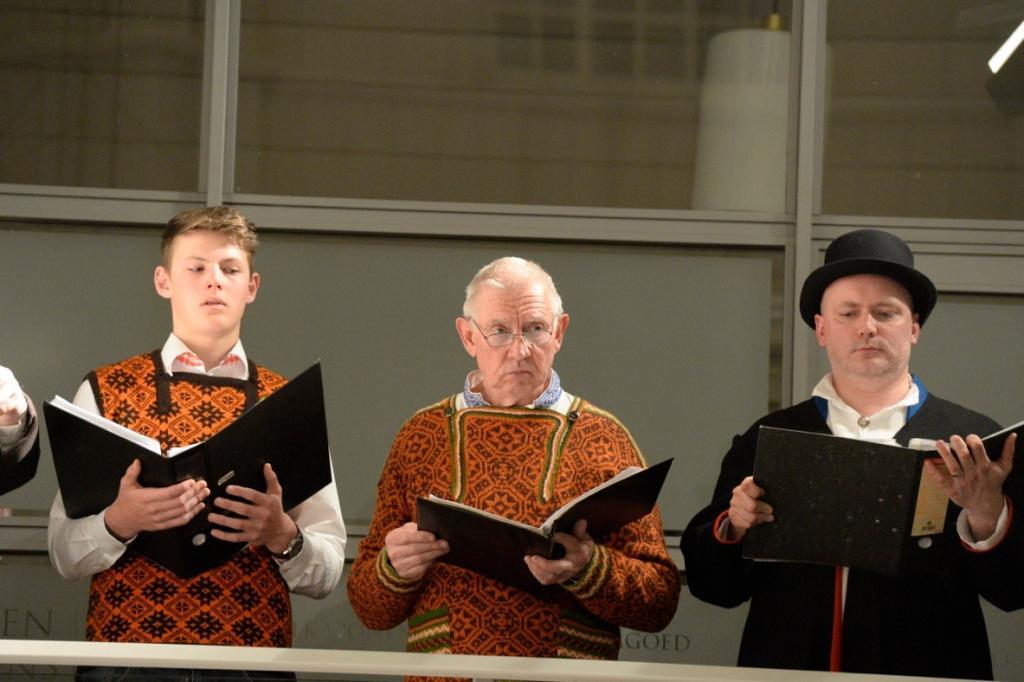 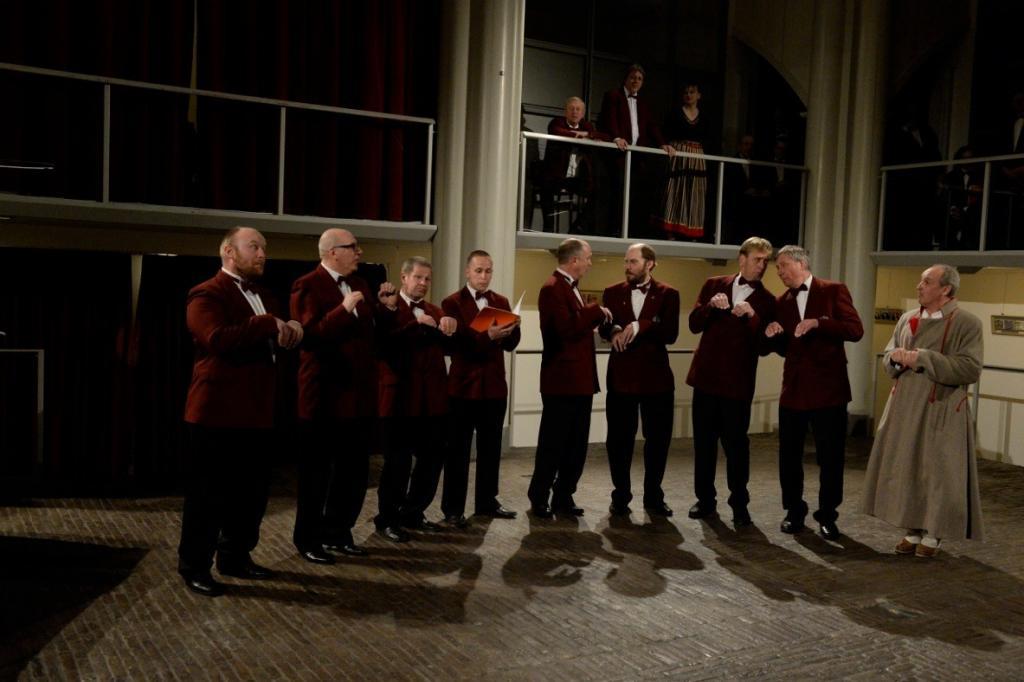 The title of the concert, “Kõlavöö”, is playfully ambiguous. In its original form, it means a belt woven according to an ancient technique. These belts or bands are still a component of some Estonian national costumes and indeed, some were on display at the concert. If, however, the word is split differently, we end up with the phrase kõlav öö – “a night of sound”. The organisers wanted to choose a word containing several accented letters which would be both challenging and amusing for the local Dutch people to attempt to pronounce while also being simple, striking, attractive and interesting. Of course, “kolavoo” soon became the local equivalent. 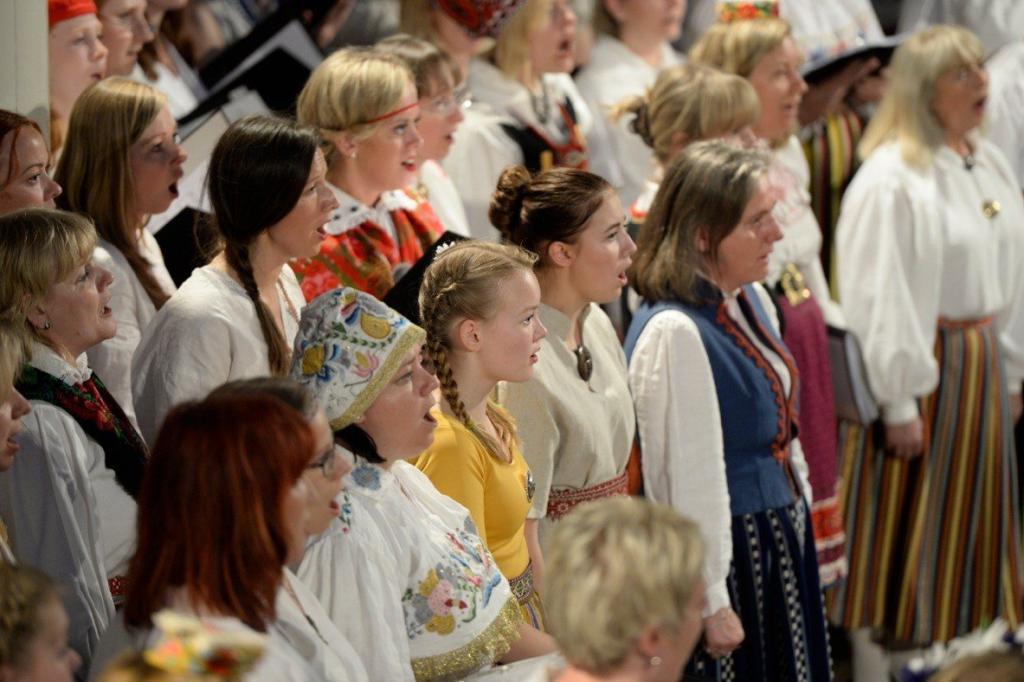 The build-up to the concert began on 1 May when the Haaslava Male Voice Choir filled Amsterdam with songs and music during a canal cruise. Half of the choir sang on the banks of the canals thus creating a splendid bridge of song between the shore and the boat, and also a degree of curiosity amongst the passers-by.

The canal tour took place with the support of the honorary consul of Estonia in Zwolle, Nicolaas Anthony van de Griendt, and his partner, Dioni Ten Busschen, who were also the originators of this inspired idea. 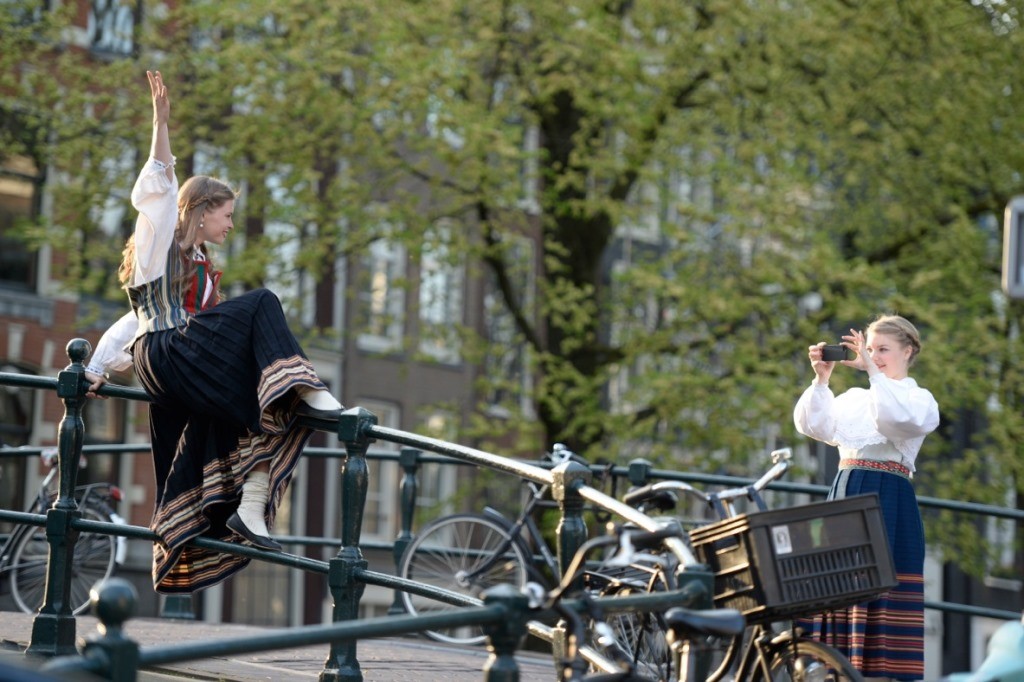 On the morning of 2 May, bright and colourful Estonian national costumes could be seen everywhere – in trams, on buses and on bicycles. All the local landmarks were captured in Estonian colours and some girls even struck a pose for Japanese or American tourist cameras – beautiful girls riding bikes through the city in eye-catching costumes is not a daily sight even in Amsterdam. The church was surrounded by last-minute requests for tickets – the concert was sold out. 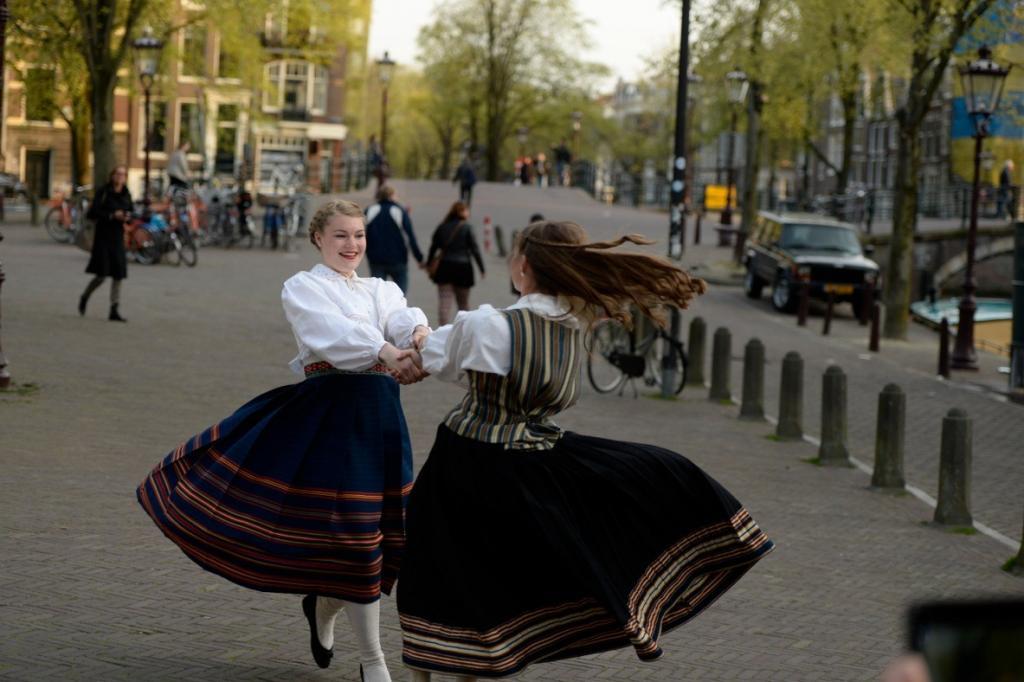 In his opening speech, consul van den Heuvel talked about the culture of Estonian song festivals and the history of the singing revolution. The choir’s first song, Mihkel Lüdig’s “Koit” (“Dawn”), rose like a giant wave high above the concert hall and the magical spirit of the joint choir and “de zingende revolutie” that touched the very souls of the Dutch audience, maintained its power up to the final chords. The songs “Ärkamise aeg” (“The Era of Awakening”) and “Ta lendab mesipuu poole” (“Flying towards the Hive”) were performed jointly with the Dutch choir. The appreciative audience gave a stormy, standing ovation. Many listeners also came to thank the singers and conductors personally, repeating the words “powerful”, “wonderful”, “a pleasure” etc. After the official concert, the singing continued on the streets and in the trams – just like the Song Festival in Estonia. 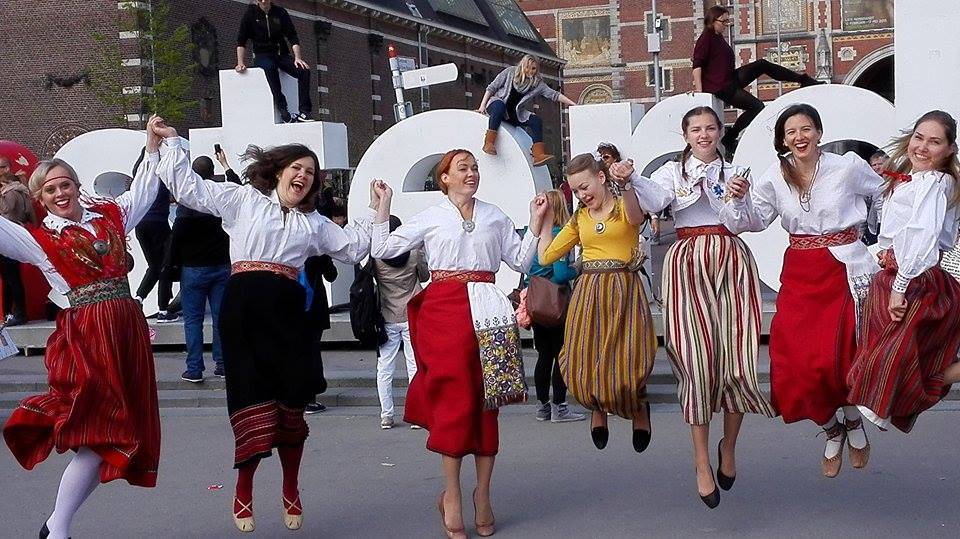 How has all this been achieved? Amateur choirs usually rehearse at least once a week for several hours but the European Choir of Estonians does not have this luxury as its singers are scattered across Europe. The choir meets for rehearsals at choir workshops a couple of times a year, and in between, individual choir members practise at home. At the 2014 Song Festival, the European Choir of Estonians was selected to sing as part of the elite mixed choir. The selection process involved submitting recordings of 24 songs to the evaluation committee. The choir workshops are very intensive and not for the faint-hearted. Rehearsals in Amsterdam began on Friday afternoon and, apart from brief pauses for food and sleep, continued right up to the beginning of the concert. Without such dedication on the part of the singers, it would be impossible to reach these high standards. Estonian singers in Europe are passionate about embracing and keeping alive their love for the music of their homeland.