Estonia is full of talented people. They are everywhere, and photography isn’t an exception. There are some common photographers and, at the same time, there are those who want to distinct, want to think and do their own thing – be outside the box.

Always eager to highlight new talent, we’ll try to sum up and bring out those who really stand out with their out-of-box thinking – unique art creators, soulful artists. This doesn’t mean that there are no other talented shining stars; it’s just that these artists particularly shine in the field of Estonian photography. 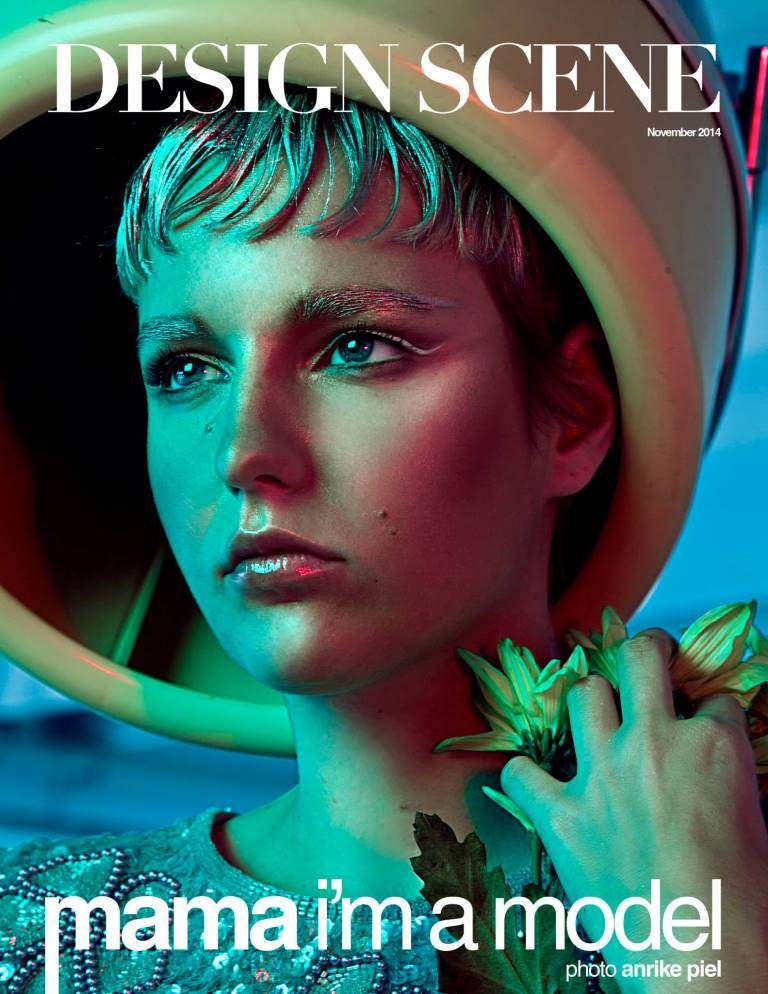 The Berlin-based Estonian fashion photographer is definitely someone to keep an eye on. Piel started with taking pictures of herself which soon enough brought her in the centre of attention. In her opinion, she wasn’t interested in photography, but photography was interested in her. 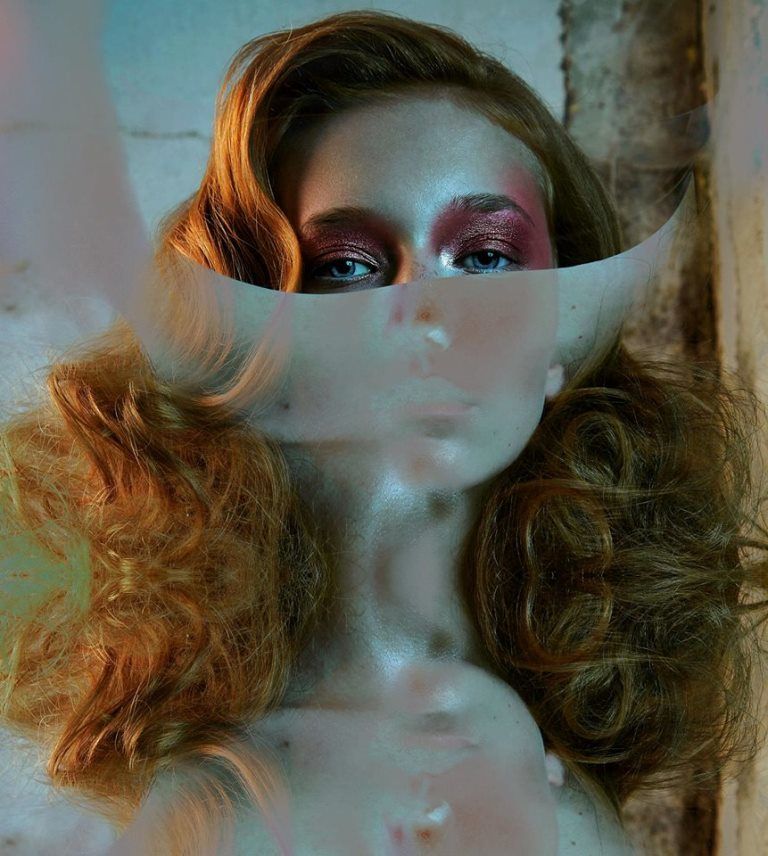 Before moving to Berlin, Piel was an assistant of an Italian photographer Jacopo Manfren in Los Angeles, where her development was rather distinguishable. She also worked with Alexi Lubomirski in New York City. Piel likes to consider that there are no limits – everything is possible. All in all, she is someone who aims high and does everything to get what she wants – she is fearless, which indicates that she has every opportunity to go far. 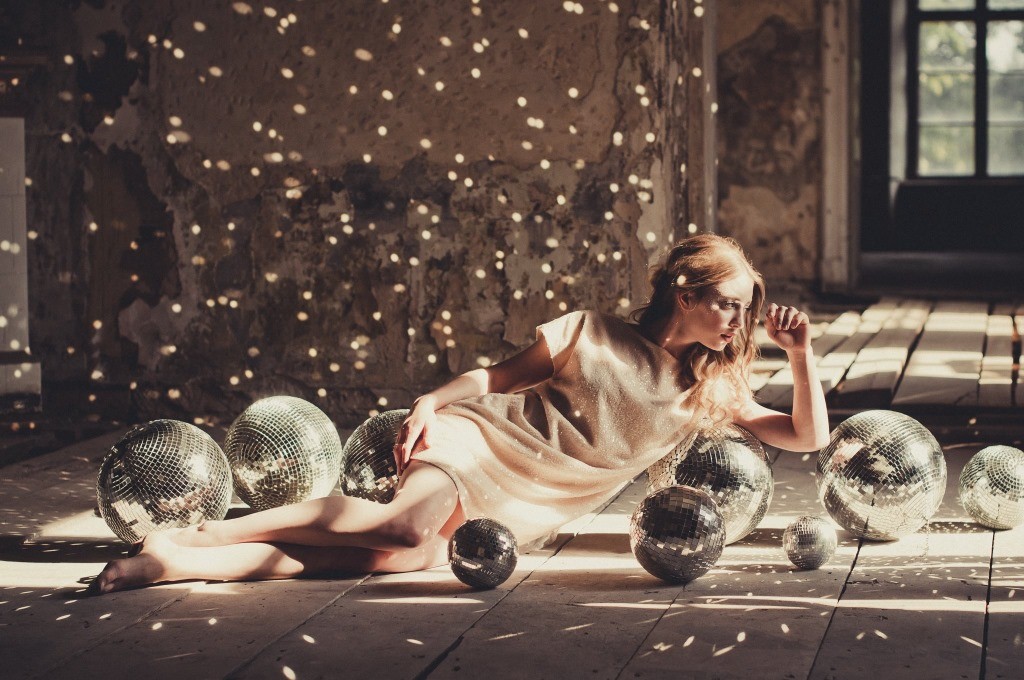 The twenty-three-year-old fantasy photographer Siiri Kumari has the ability to create something extraordinary. Kumari found the love for photography after high school and learned everything related to photography and photo manipulation by herself. She has the talent to create wonders from scratch that seem to be out of this world. 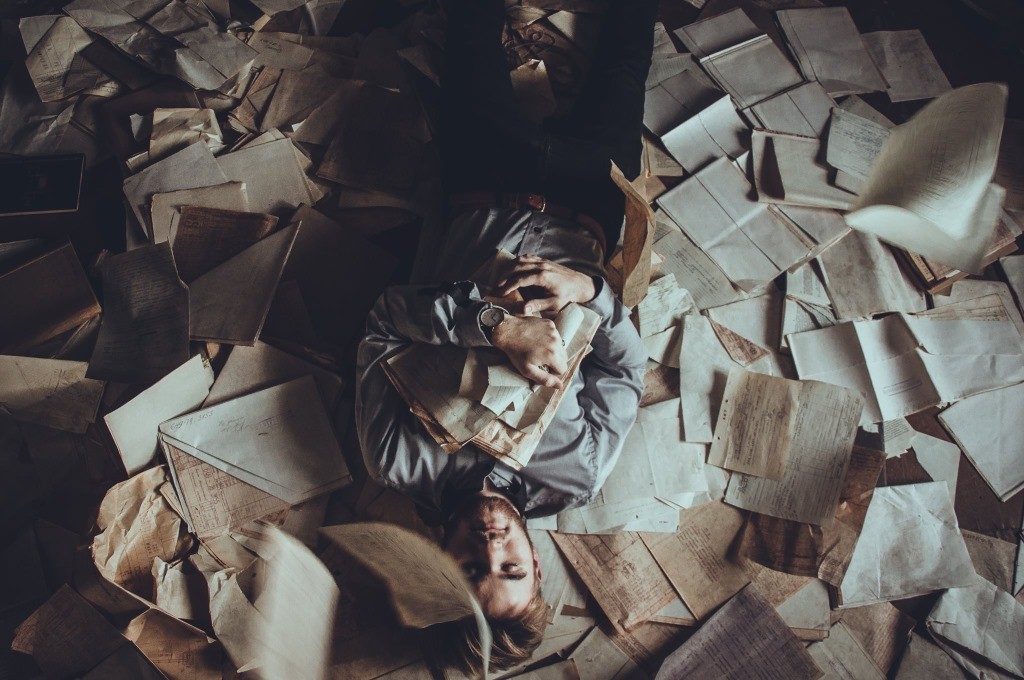 To gather ideas and effectuate the outcome to the maximum, Kumari has a custom to meet all of her clients in person. She also organises fantasy photo workshops that anybody can attend – they last about one or two days and throughout this time, people can experience the journey of creating the set from scratch, working with real models and get the feel of a photographer’s life. There is no doubt that everything she does related to photography comes from the heart and is done with fire and passion. 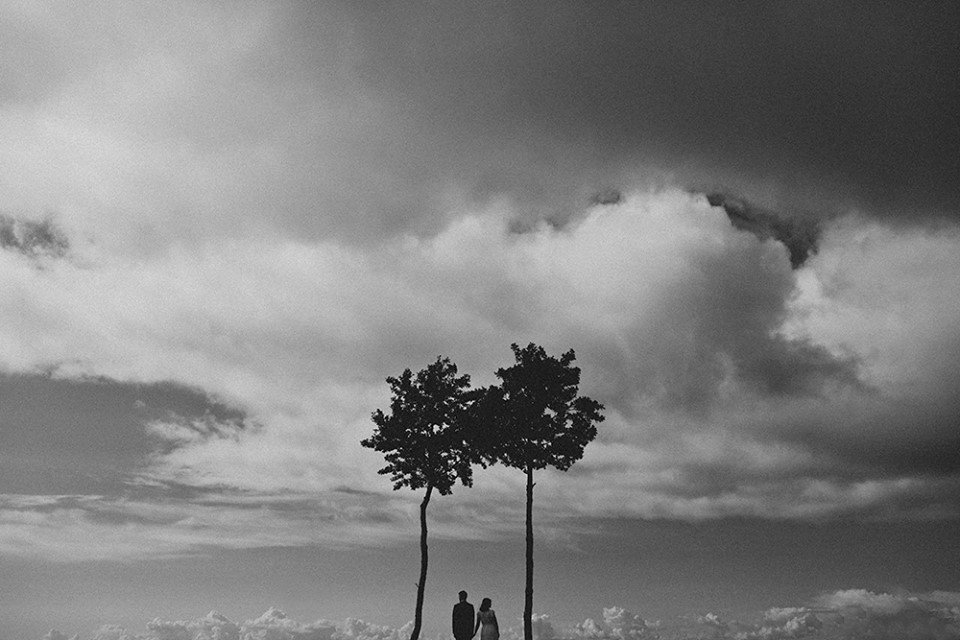 Stina Kase, who is mainly based Estonia, is a photographer who mostly captures fashion, weddings and portraits. The Tartu Art College-educated Kase has always loved to perpetuate beautiful moments. She has a very natural, soft and fresh style which comes from a love of nature and people. 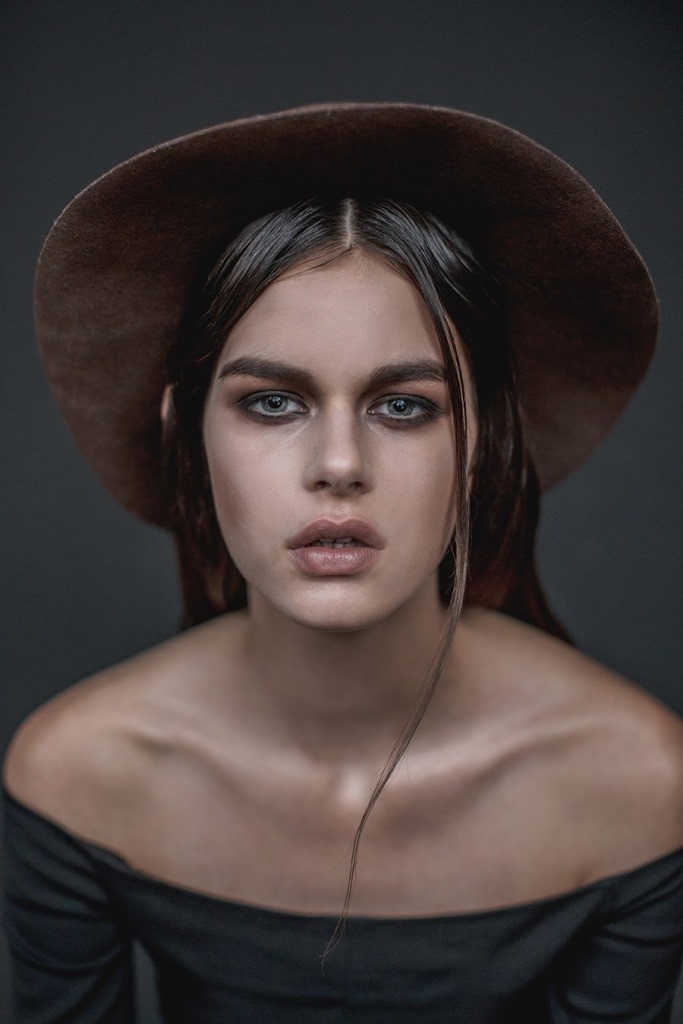 Kase has an eye for the details – a desire to capture the little precious moments to what people can look back delightfully. In Estonia, she has worked for the fashion magazine, Anne & Stiil, and collaborated with music artists such as Stig Rästa, Elina Born, Lenna Kuurmaa and many more. 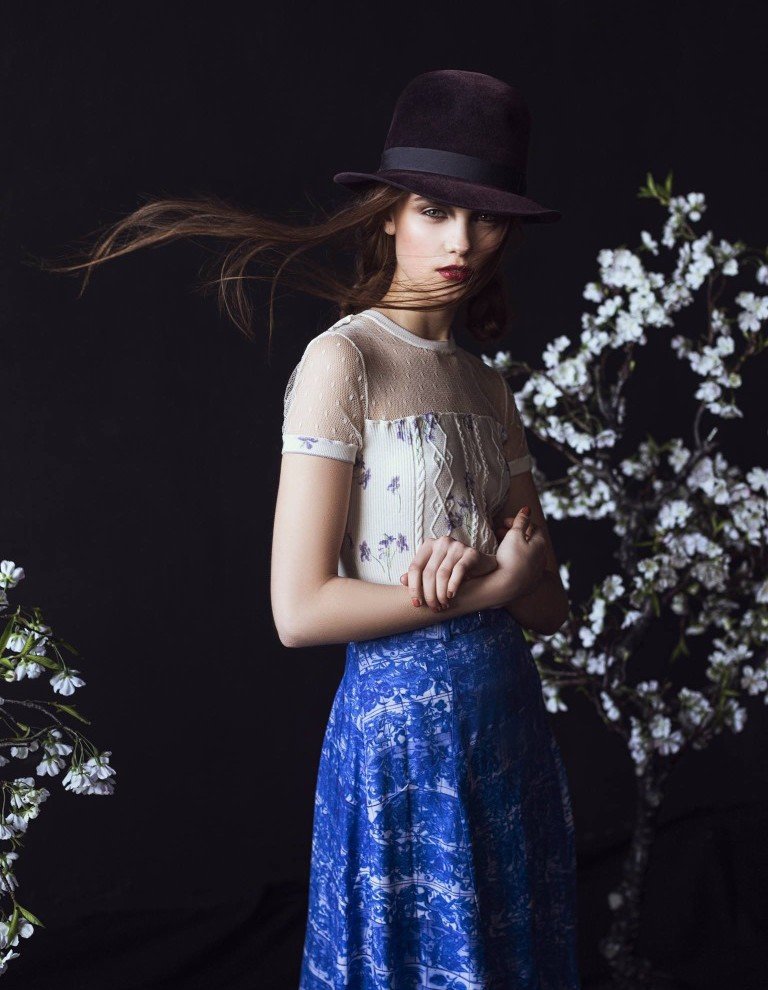 Sandra Palm is not only a talented portrait and wedding photographer, but also a freelance choreographer and dancer as well. She graduated from the Tallinn University with specialisation in choreography. Photography hasn’t always appealed to Palm – she discovered it by chance a few years ago and has developed her abilities since. 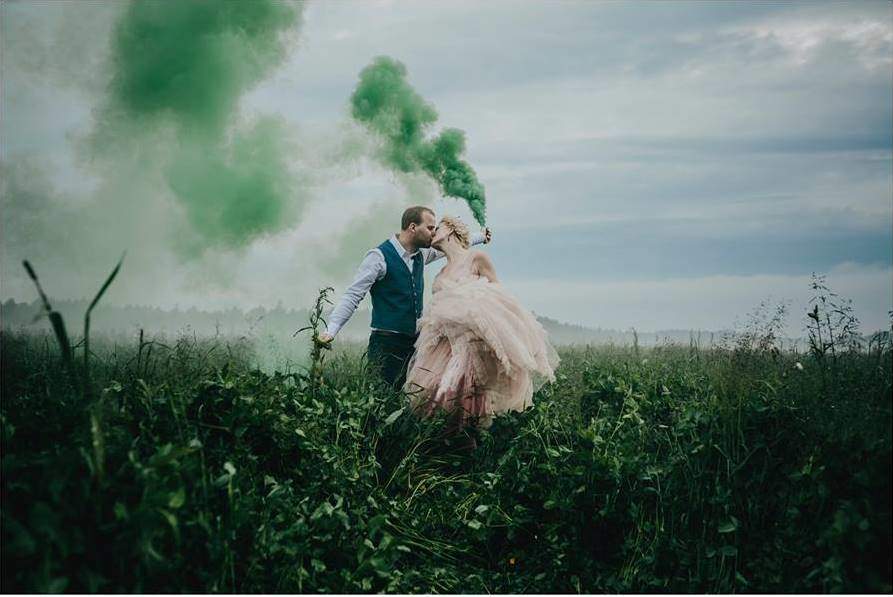 Hard-working and ambitious, her work is characterised by breath-taking shots. Palm’s works have been featured in Estonian fashion magazines Mood and Slacker, as well as international outlets Superior and Flawless. She has also cooperated with Estonian fashion labels Kriss Soonik, BonBon, Kristiina Viirpalu and KÄT. 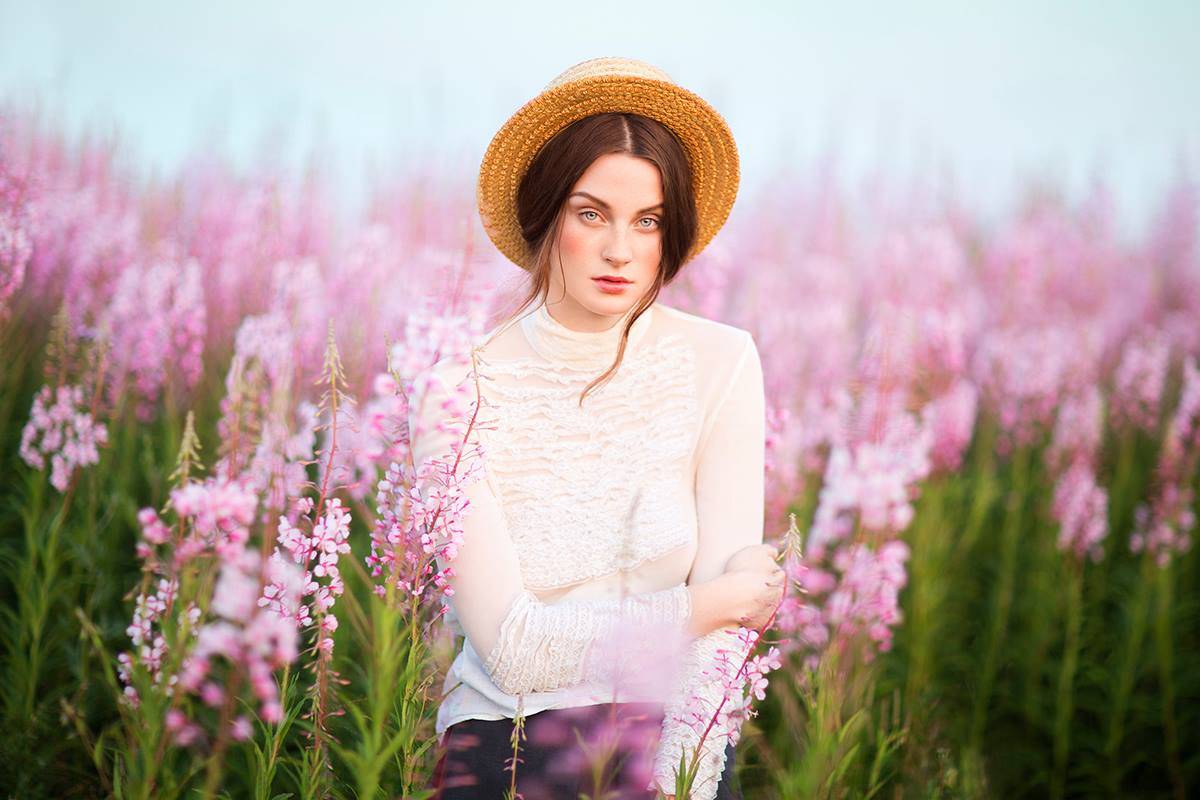 Maiken Staak, a gifted fashion photographer who currently lives in Estonia, has worked in the Estonian fashion industry for a couple of years, standing out with her extraordinary work. In 2013, she was named as the best “beauty creator” in Estonia. 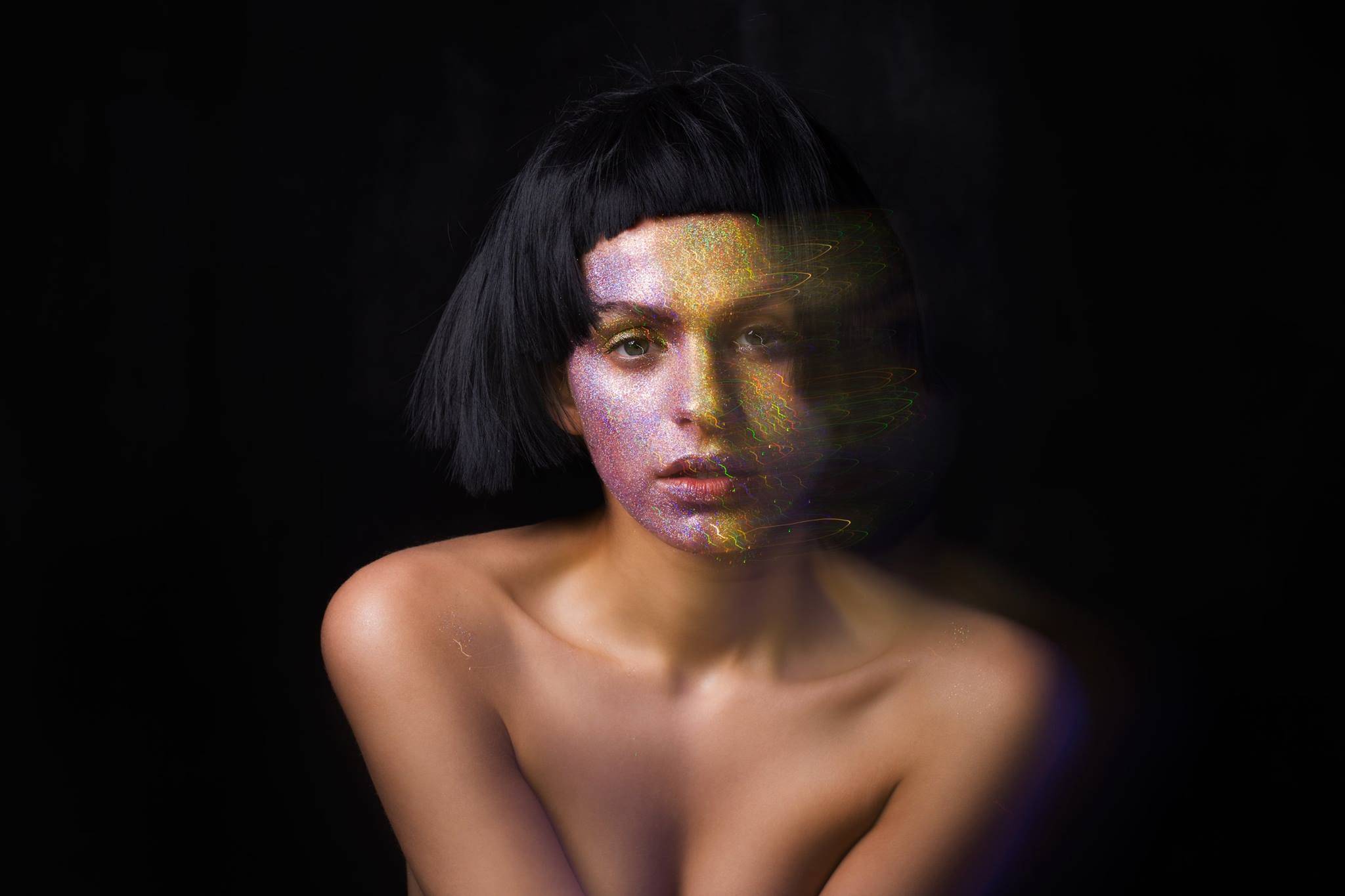 In her own opinion, the execution of outstanding work demands a good collaboration with stylists, makeup artists and fashion designers. Staak learned photography by herself, with a passion and aim to create something more than just a photo. Apart from Estonian magazines, her photographs have been published in Superior, Jute, and other global publications. 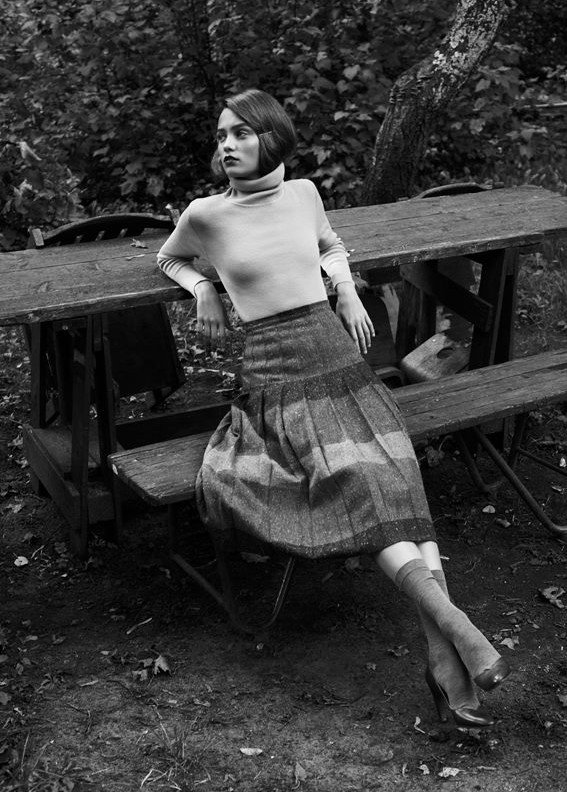 Virge Viertek, a graduate from the Tallinn Polytechnic School, discovered her way to photography accidentally by finding her father’s old Russian-made Zenit camera. 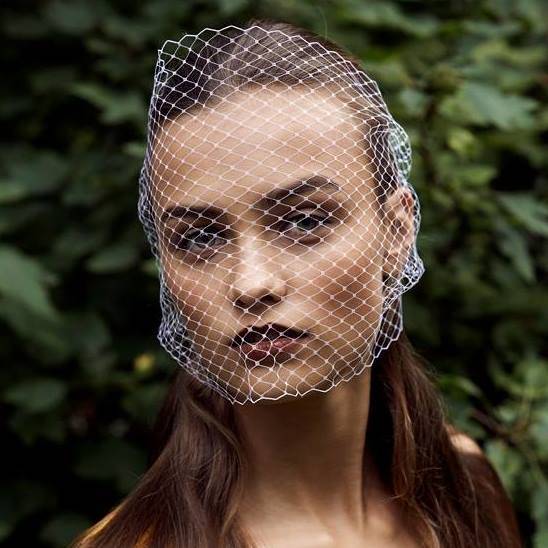 She is a person who won’t stay put, but constantly tries to complement and develop herself. Not knowing what some photoshoot can bring, Viertek is always well prepared in advance. She has cooperated with multiple fashion magazines and designers.

Krõõt Tarkmeel, from Estonia’s biggest island, Saaremaa, is a fashion, portrait and lifestyle photographer, who studied her subject at the Estonian Academy of Arts. She is someone who photographs everything – from interior to people – and does it with great passion.

Tarkmeel has collaborated with many Estonian fashion designers and her work has been featured in a variety of local magazines. 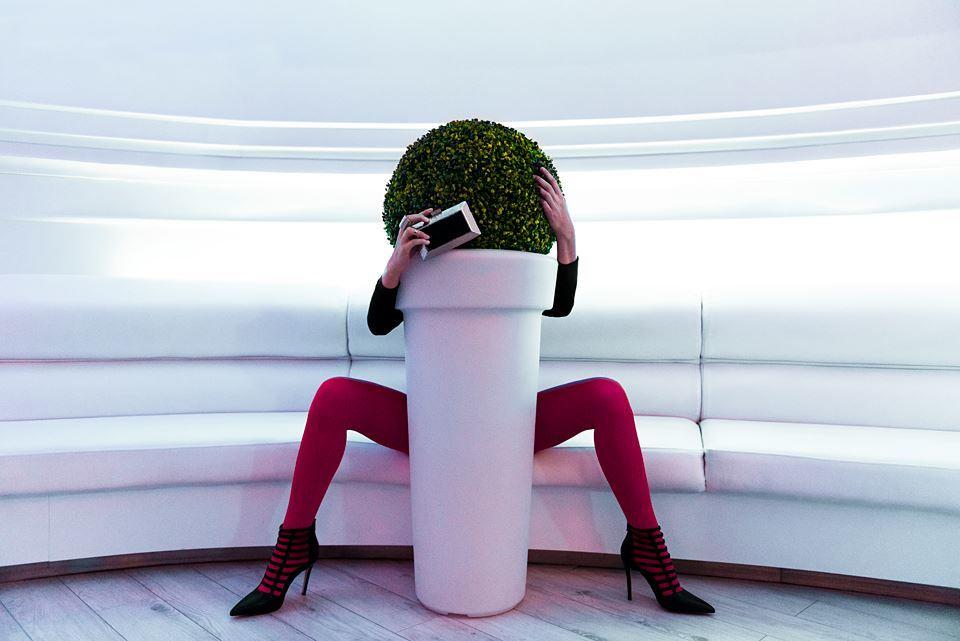 Kaisa Sakarias, who can be considered a new rising star, bought her first digital camera only two years ago, but has produced great work since then. Sakarias’ interest towards photography began at a very young age by checking out the photographs her father had taken in his youth. Intrigued by the art of snapshots, Sakarias bought her first camera, the Soviet-made Zenit E. Her father taught Sakarias to use a camera and her skill developed over time. 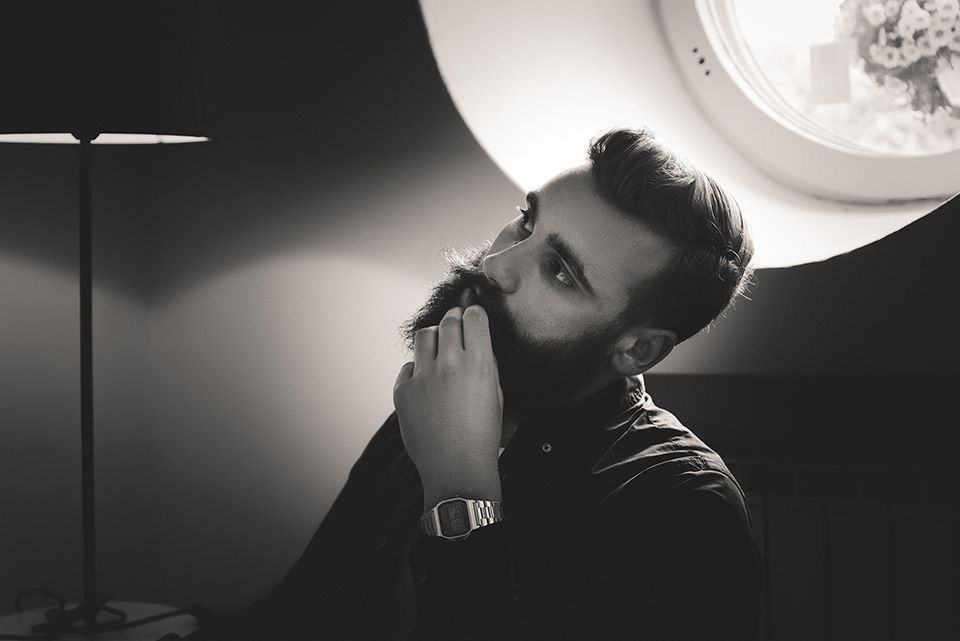 Capturing models in completely different angles is something that comes naturally for Sakarias, who says she is “an impressionist” – colours and emotions are the most important components for her. So far, Sakarias’ photos have been featured in many magazines, as well as on an album cover. 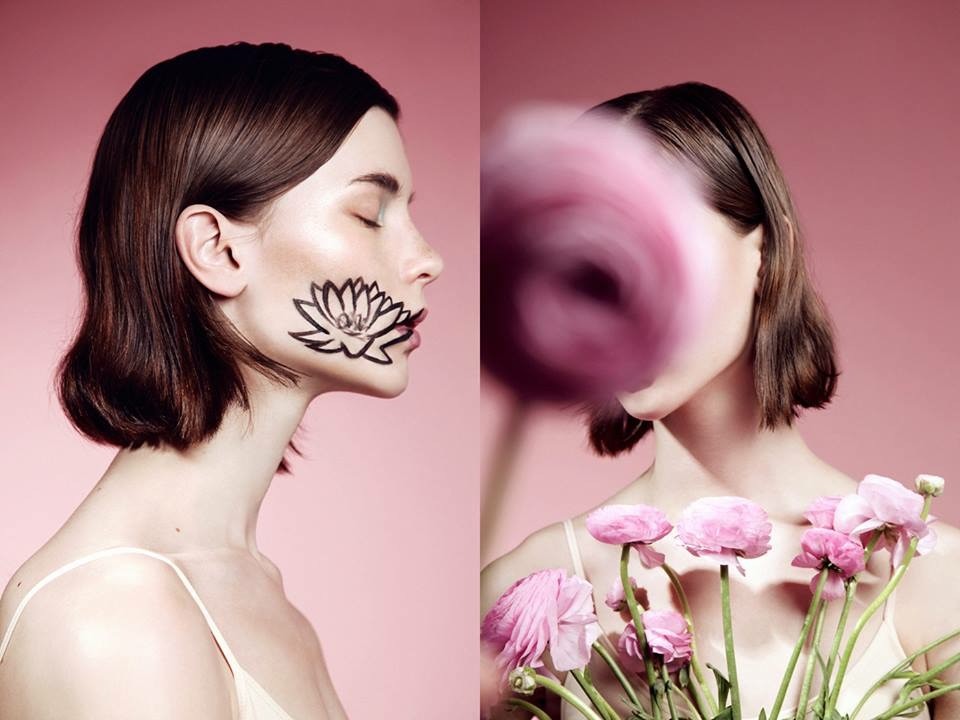 Aleksandra Podburtnaja, who is currently London-based, found her way into photography quite naturally at a very young age. After high school in Estonia, Podburtnaja went to study fashion photography at the London College of Fashion – not as much for the university as for other work opportunities and internships. She was an intern at POP Magazine (London) and V Magazine (New York). Later on, she moved on to agency and production work – to the British-American Magnet Agency, where she learned all the tricks of the trade. 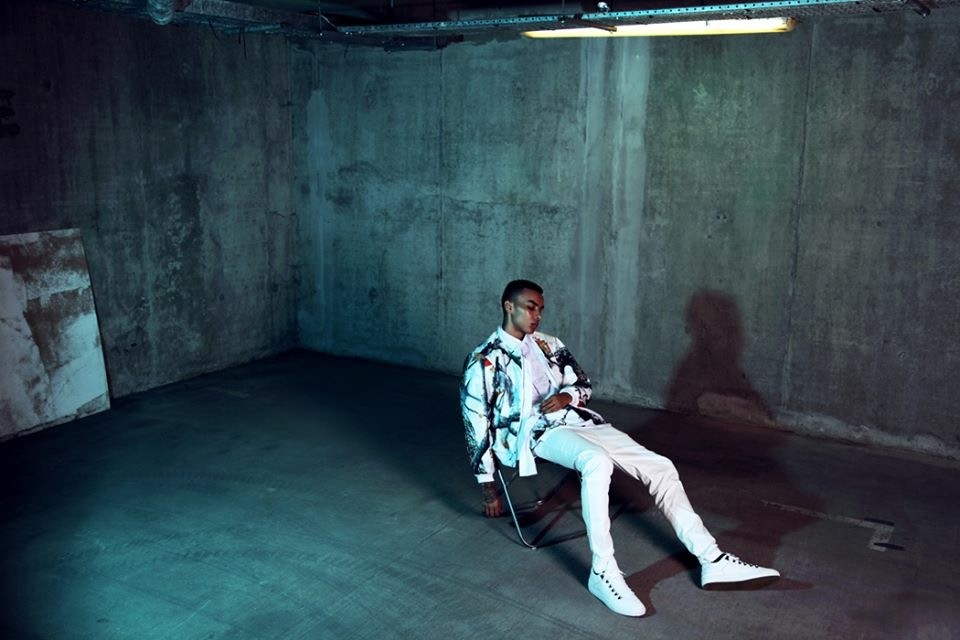 After the graduation, Podburtnaja has been working full time for fashion photographer David Sims, while her distinctive style has been noticed and got published in Elle Italy, Complex, Highsnobiety and other magazines. 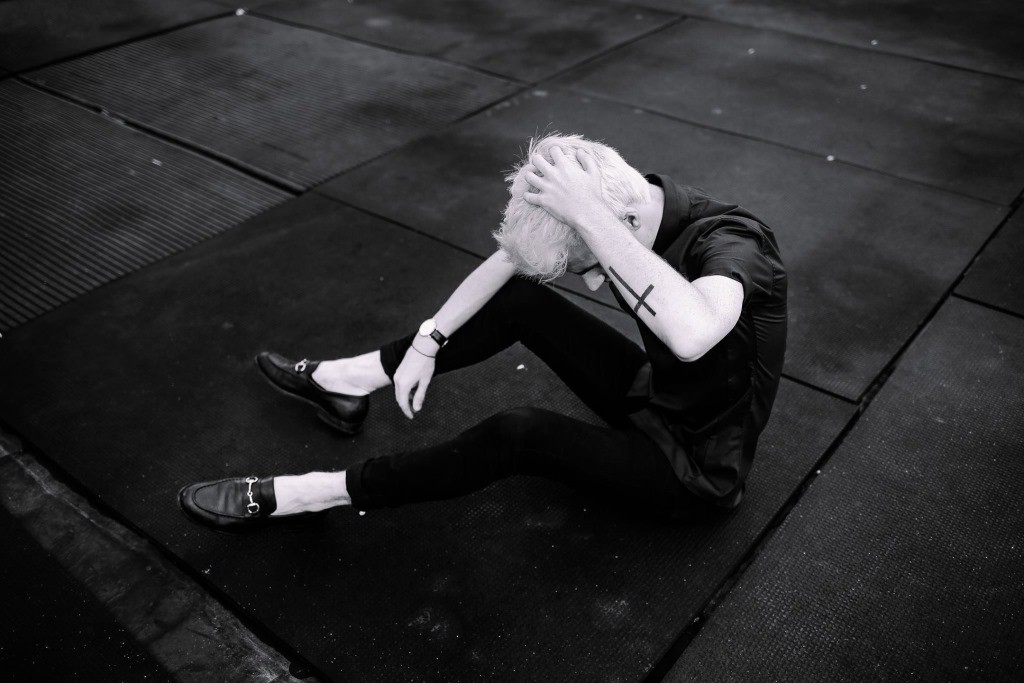 Anete Palmik, who currently lives in Australia, has the skills to capture emotions through her lens. Being quite an active person, Palmik is not only a photographer, but also a blogger and a designer. The need to take photographs of her designs was the main reason she took the camera into her hands and started capturing life around her. 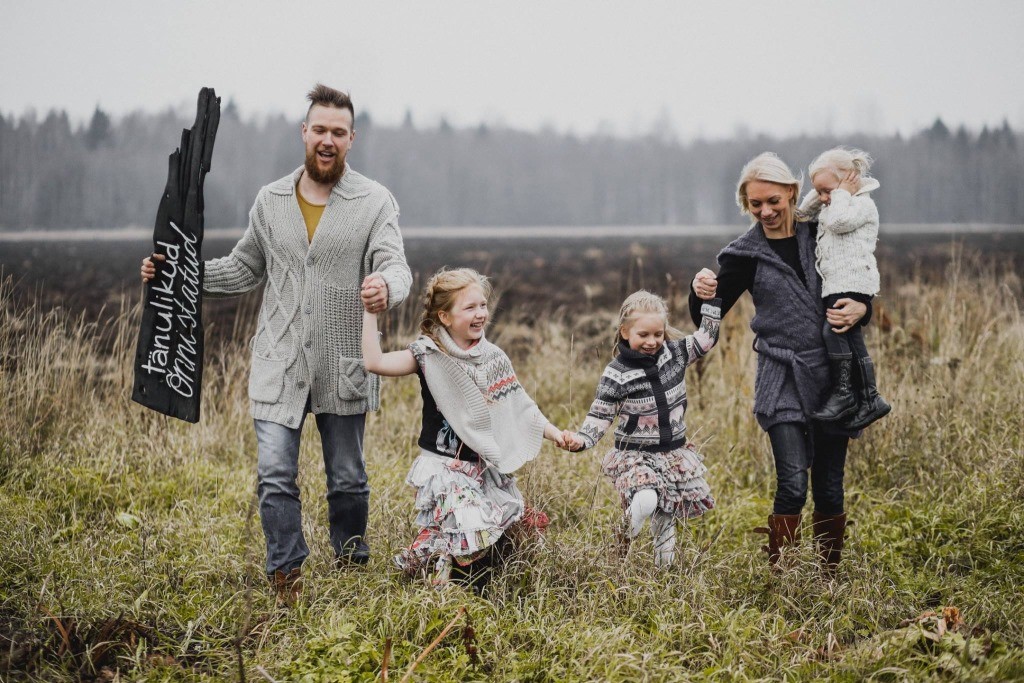 She has photographed lots of weddings, bloggers, all sorts of movers and shakers, and events such as fashion shows by the Estonian Academy of Arts and the Tallinn Fashion Week.

Karmen Alamets is a student at the Tallinn University of Applied Sciences and has been interested in art her whole life, particularly in the Estonian side of it. She runs a blog named "Everything related to Estonia" where she gathers together everything new and creative that happens with Estonians.