Veljo Tormis was internationally regarded as one of the greatest choral music writers in the modern era, and one of the most important composers of the 20th century in Estonia.

Composer Veljo Tormis, who has died at the age of 86, was one of the most important Estonian composers, who also found an international following.

Tormis‘s contribution to the Estonian choral tradition and to choral music worldwide is invaluable. One can say he created a choral tradition of his own, the unique “Tormis’ style”. From his student days until his retirement from composition in 2000, Tormis composed over 500 individual choral songs, as well as other vocal and instrumental pieces, 35 film scores and an opera. 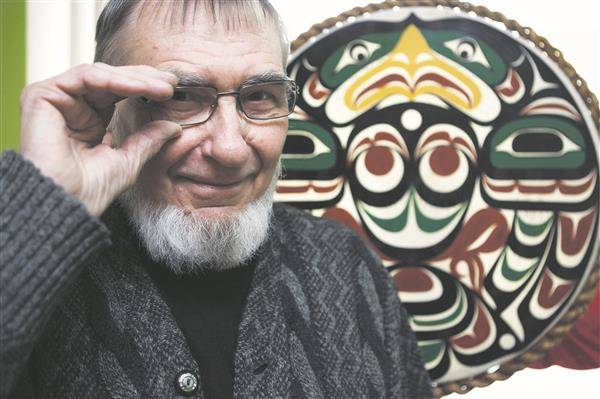 When he was seven, his family moved to Kivi-Vigala village, where his father worked as a sacristan. In those days, this was a multitasking job – his father was teaching music and worked as an organist at a local church. Their home was filled with music – his parents sang old folk songs and appreciated modern choral arrangements, including songs by Mart Saar and Cyrillus Kreek.

The family home also had an organ that provided Tormis with his first playing experience at the age of ten. His dad would soon let him play the organ during the service at the local church, causing some people in the village to regard Tormis as a prodigy. “Local women would say: what a wunderkind!” Tormis later recalled. “But I was no wunderkind – I actually started playing relatively late.”

It has been said that his delight in the contrasting timbres provided by the organ stops may also be connected to his later orchestration of choral textures, a hallmark of his mature style.

Tormis began his formal musical education, studying organ, in 1943 at the Tallinn Music School, but this was interrupted by the Second World War and an illness. In 1949, he entered the Tallinn Conservatory, but the organ class there had been discontinued a year earlier – the Soviets associated it with the church and any association with religion was generally disfavoured during the communist times. At first, Tormis swapped the organ studies to conducting instead – but soon switched to composing.

He continued his studies at the Moscow Conservatory (1951–1956). Perhaps somewhat ironically, when he went to study in the Soviet capital, his teacher, Vissarion Shebalin, demanded that his pupils define themselves nationally, despite the pan-national character of the school. Tormis was encouraged to find a way to compose along the national lines.

He found his own way in Kihnu island in the summer of 1958. While witnessing a traditional marriage on this small Estonian island, famous for its cultural heritage, Tormis was taken aback by the performance of original runo songs in its natural environment. Thereupon he began a systematic research on the old folk material that inspired his later compositions.

Although having started in neo-classicist style – a good example is his Overture No. 2 that was the first work of an Estonian composer performed at the Warsaw Autumn Festival in 1961 – he later took the usage of Estonian folk music to a new level by bringing modernist composition techniques into play.

In addition to Estonian archaic musical material, his interest widened to other finno-ugric people’s music, such as Ingrians, Setus, Livonians, Finns, but also Latvians, Russians and Bulgarians.

Estonian runo song (“regilaul” in Estonian) can no longer be called a living tradition, but largely thanks to Tormis, it was brought out of museums and given a new lease on life. His original style that derived from runo song, not only made it again popular in Estonia, but also gained recognition worldwide.

It is fair to say that along with Arvo Pärt, Tormis is the most acknowledged Estonian composer in the world. Despite the censorship of several of his more politically provocative works in the late 1970s and the 1980s, he remained an incredibly celebrated composer whose works were performed throughout the Soviet Union and Eastern Europe.

Since Estonia restored its independence in 1991, his works have been increasingly performed in the West, including in the United States. Performers include some of the world’s most renowned ensembles, such as The King’s Singers (“The Bishop and the Pagan,“ 1992) and The Hilliard Ensemble (“Kullervo’s Message,” 1994). In recent years, the Estonian Girls’ Choir performed Tormis’s works for sold out venues across Europe.

He also composed for Estonian films, including the score for “Kevade” (“Spring”, 1969) that is based on the story by Oskar Luts, and regarded as the best Estonian movie of all time.

Among his numerous works, two extensive cycles come forth: Estonian Calendar Songs (1967), based on the folk melodies of different Estonian counties and tied to important dates in the folk calendar, and also Forgotten Peoples (1970–1989), based on the folklore of the endangered Baltic and Finnic people.

His composition most often performed outside Estonia is “Curse Upon Iron” (“Raua needmine”, 1972), that invokes ancient Shamanistic traditions to construct an allegory about the evils of war.

In 2010, he was awarded the Order of the National Coat of Arms, First Class by the Estonian president Toomas Hendrik Ilves.

According to Tormis, the runo song is the Estonian people’s most primal, unique and wholesome creation, “an expression of the nation’s creative genius”. He also said, “The song of my people is, to me, the best, the most beautiful and the most valuable.” 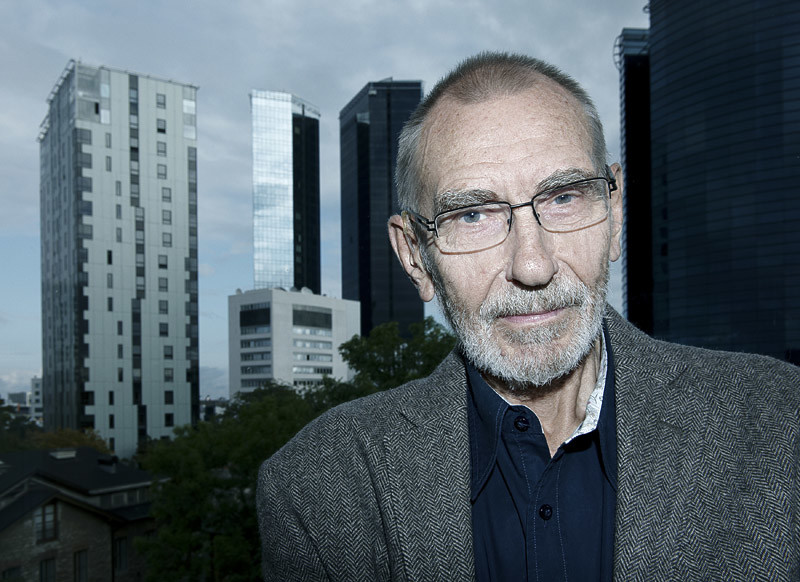