As part of the London Southbank Centre choral festival, a leading Estonian saxophonist Villu Veski, the Estonian TV girls’ choir and the British-Nigerian soul and jazz singer-songwriter, Ola Onabule, will perform together for the first time in the UK.

On Saturday, 5 April, the Estonian TV girls’ choir is featured on the Saturday Afternoon Taster Workshop at London’s Royal Festival Hall, in advance of their performance with Ola Onabule and Villu Veski the following day at the festival. Exploring both traditional Estonian choral music and more contemporary arrangements, the session is open to all confident singers.

On Sunday, 6 April, Onabule, Veski and the Estonian TV girls’ choir perform together for the first time in the UK, fusing Estonian folk music with jazz and soul in a very special collaboration. The concert at Queen Elizabeth Hall features original works by both Onabule and Veski, accompanied by the choir, alongside a selection of traditional Estonian choral music.

Onabule, Veski and the ETV girls choir first collaborated in 2012 in Estonia and quickly developed a programme that was to become a celebrated TV concert at the reputable Charles XI (Kaarli) church in Tallinn in 2012.

The Estonian TV girls’ choir grew out of the children’s TV music studio that was founded in 1990. Today the choir is comprised of about 25 to 30 of the finest young talent in Estonian choral music. The girls of the choir are aged between 15 and 25 and their eclectic repertoire includes spiritual and secular music of different ages, folk music (with choreography) and a modern programme of pop and jazz. The choir has collaborated with many renowned Estonian composers, such as Arvo Pärt, Veljo Tormis, Urmas Sisask, Tõnis Mägi, and has travelled extensively, performing in many parts of Europe and much further afield to Israel, Russia, China, the US and Argentina. In 2012 they performed to a wide acclaim at the Camden Roundhouse in London, where they shared the bill with Grammy winner Imogen Heap.

Villu Veski is a leading Estonian saxophonist, renowned for his old swing style, etno-jazz and funky-groove. He is also a leader of many ensembles, a teacher and a composer. 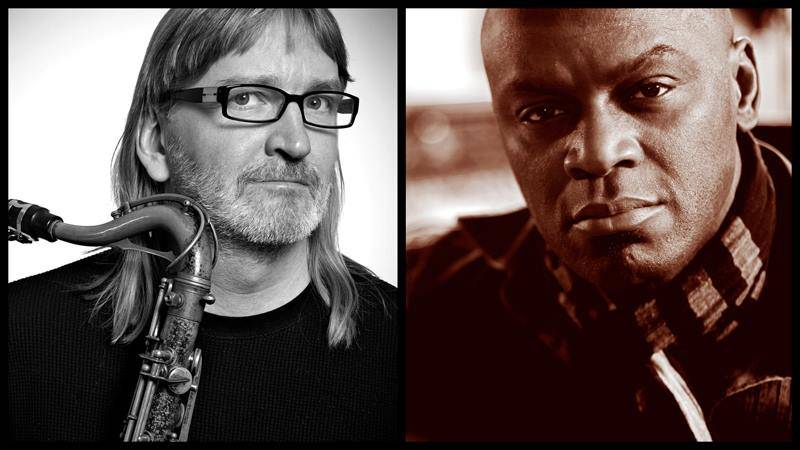 London-born soul and jazz singer-songwriter Ola Onabule has had a career that spans almost two decades, performing internationally at some of the world’s most prestigious jazz festivals and concert halls. He has featured as a guest with various Grammy-awarded big bands and orchestras, including the WDR Big Band, the SWR Big Band, the HR Big Band and the Babelsberg Film Orchestra.

Cover photo: The ETV girls choir performing with Ola Onabule in Tallinn in 2012.