Estonia ranks 12th among 180 countries in the 2018 World Press Freedom Index, compiled by Reporters Without Borders.

According to the organisation, the media situation in Estonia is generally satisfactory. “The media are free and independent and Estonia is yet again riding high in the World Press Freedom Index,” Reporters Without Borders said.

“The media market is dominated by two publishers, Eesti Media and Ekspress Group, and by the public broadcaster ERR,” the report noted. “Local media outlets that are not part of the Eesti Media group feel some economic pressure from municipal governments that fund media outlets linked to them. More effective regulation of this market is therefore needed.”

According to Reporters Without Borders, the “’fake news’ issue has received less attention in the past year, with concern now focused on attacks by hackers on the IT systems of the Estonian media”.

In general, the 2018 World Press Freedom Index reflects growing animosity towards journalists, the organisation said. “Hostility towards the media, openly encouraged by political leaders, and the efforts of authoritarian regimes to export their vision of journalism pose a threat to democracies.”

“More and more democratically-elected leaders no longer see the media as part of democracy’s essential underpinning, but as an adversary to which they openly display their aversion. The United States, the country of the First Amendment, has fallen again in the index under Donald Trump, this time two places to 45th. A media-bashing enthusiast, Trump has referred to reporters ‘enemies of the people’, the term once used by Joseph Stalin.” 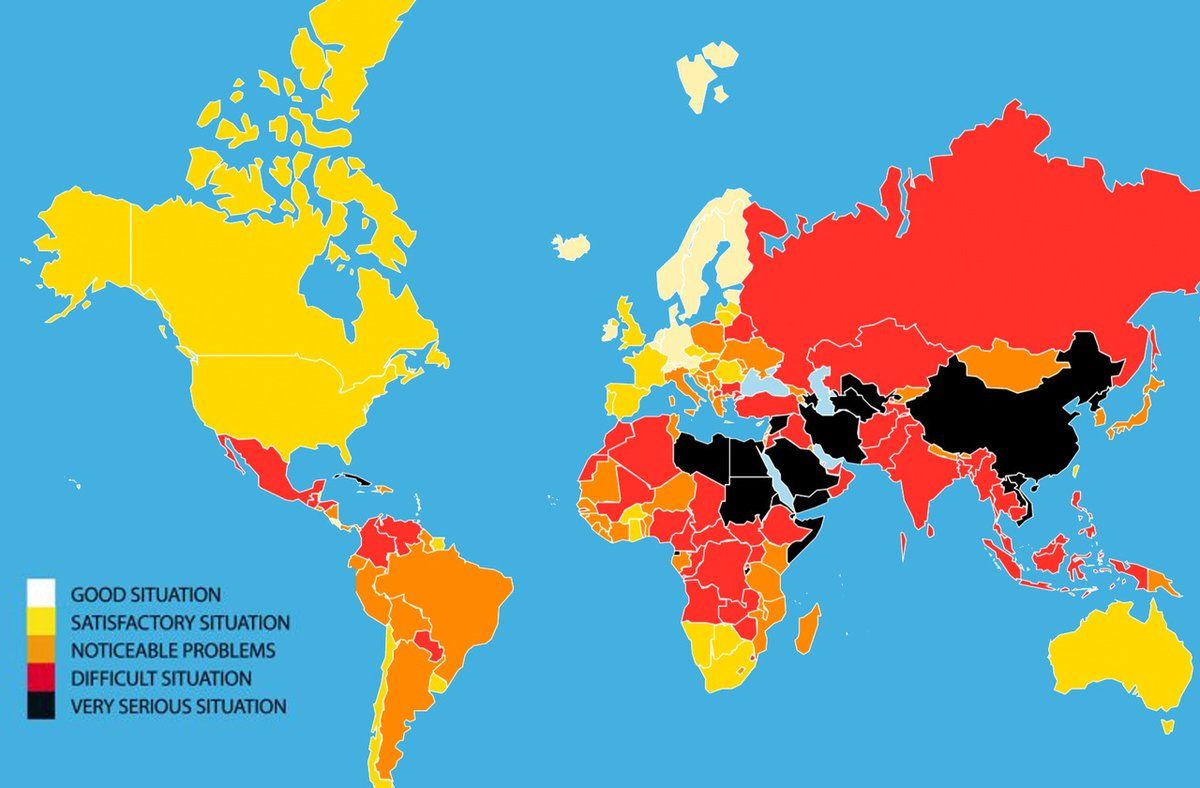 Journalists get murdered in Europe, too

Reporters Without Borders also said that verbal violence from politicians against the media was also on the rise in Europe, although it is the region that respects press freedom most. However, the organisation points out that journalists get murdered also in Europe – a Maltese journalist and blogger was murdered in October 2017 and a Slovakian investigative reporter was killed in February 2018.

The 2018 ranking is topped by Norway, followed by Sweden, the Netherlands and Finland. Estonia’s southern neighbour Latvia ranks 24th, while Lithuania came 36th and Russia 148th. While Estonia’s freedom of the press is classified as “good”, Latvia and Lithuania are “fairly good” and Russia “bad”.

The last, 180th country in the 2018 World Press Freedom Index is North Korea.

Reporters Without Borders is an international non-profit, non-governmental organisation that promotes and defends freedom of information and freedom of the press. The organisation, with a head office in Paris, France, has consultant status at the United Nations.