Marika Mikelsaar and Mihkel Zilmer led the University of Tartu workgroup that discovered the ME-3 probiotic bacteria that protects human health by attacking harmful microbes and contributing to physical well-being; ME-3 is now added to the food or sold as capsules in the UK, France, Italy, Australia and other countries.

In 1995, the University of Tartu research teams, led by professors Marika Mikelsaar and Mihkel Zilmer, discovered the lactobacillus fermentum ME-3 bacteria, which can rightfully be called the first Estonian probiotic lactic acid bacteria. Moreover, they are unique in the whole world because of their combination of antimicrobial and antioxidative effects. They protect human health by attacking harmful microbes and contribute to our physical well-being in several ways as well.

ME-3 now sold in pharmacies

The ME-3 bacteria made its wider public appearance in 2003, when a product line bearing the trademark Hellus was brought into the Estonian market by the dairy producer, Tere. The product line included yoghurts, sweet cottage cheese blends and kefir (buttermilk) enriched with the beneficial bacteria. 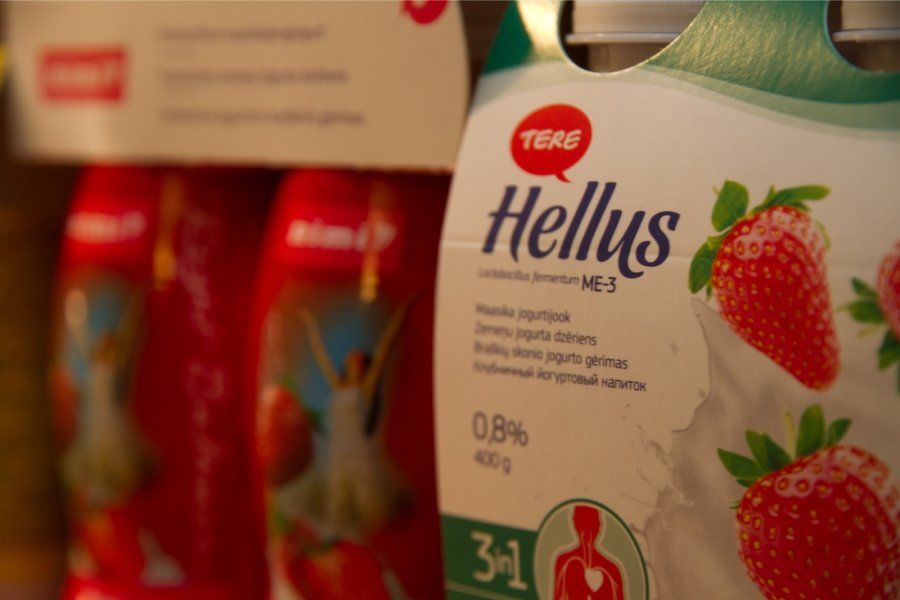 Subsequently, the ME-3 bacteria caught the interest of manufacturers of leaven, food and food supplements in Estonia, Finland, Denmark, France, Italy, United States, Canada, Australia, New Zealand, South Korea, India, Taiwan and China. The European patent permits the bacteria to be used in the food industry in 15 European countries.

Because of more than 20 years of research by the scientists at the University of Tartu, the ME-3 bacteria has now also reached Estonia’s pharmacies. ME-3 capsules were already sold in pharmacies all around Australia, the United Kingdom and Italy before reaching the shelves of the country where the discovery was made.

The capsules now being sold in Estonia contain the strain in a pure and concentrated form; every capsule contains eight billion of lactobacillus fermentum ME-3, which was discovered in 1995 from the intestine of a child from Tartu. Marika Mikelsaar, a professor emeritus at the University of Tartu, together with Mihkel Zilmer, professor of medical biochemistry at the university, led the workgroup behind the discovery.

“At every conference, the most fascinating presenters are asked about their dreams. A scientist always spontaneously answers that their dream is to have their discovery put into use,” Mikelsaar said. She pointed out that, like with all basic research, in 1995, no one knew what the implications of the ME-3 strain would be. “If your goals in science were very targeted, then maybe it wouldn’t be real science.”

According to her, ME-3 was something completely new compared with other probiotics known at the time. Mikelsaar recalled that, in 2002, the World Health Organisation still defined probiotics as food supplements which influence and improve human microbiota. “In 2010, a new definition was applied, according to which there are also probiotics that have targeted properties, the same way as ME 3 lowers cholesterol levels and improves cellular respiration. This is a class of its own,” she explained. 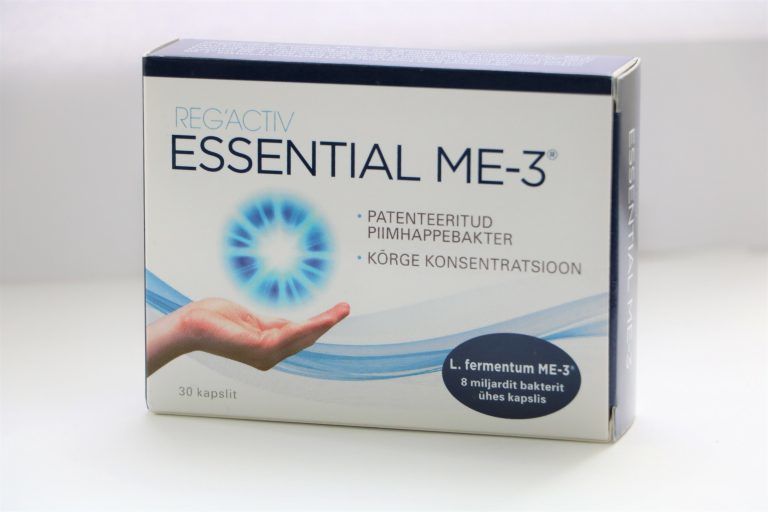 The lactic bacterium ME-3 is a strain of human origin with well-described and scientifically-proved properties. It is the only strain in the world that has been patented for two useful effects – antimicrobial and antioxidant. Furthermore, research conducted in Estonia and abroad has shown that the ME-3 strain has health benefits, specifically it:

• reproduces in the special conditions of the gastrointestinal tract;
• maintains and enriches the intestine’s microbiota by increasing the number of useful bacteria;
• enhances digestion;
• destroys harmful bacteria in the digestive tract;
• protects against the causes of intestinal infections;
• normalises the microbial balance of the digestive tract during and after treatment with antibiotics;
• reduces oxidative stress in the entire organism;
• lowers blood cholesterol levels and protects against vascular calcification; and
• supports treatment of atopic dermatitis by suppressing inflammation.

The ME-3 bacteria is also added to the food supplement, which normalises cholesterol levels – the Reg´Activ Essential ME-3 capsules, produced in France, are currently sold in 11 countries.

Jane Luht, the head of technology transfer at the University of Tartu Centre for Entrepreneurship and Innovation, said that preparations were also being made for bringing the ME-3 capsules to the markets of Japan and South Africa.

“The use of ME-3 in dairy products and dietary supplements is not the only solution, we are also looking for possible applications in other areas,” she said. According to Luht, ME-3 can be used, for example, in salad oil, chocolate, plant-based milks, as well as in cosmetics – all this requires further research with potential cooperation partners. “Initial information, however, is promising,” she added.

In Estonia, the capsules are currently being sold in four pharmacies: the pharmacies of Mustamäe Health Centre, Arsenal Centre and Baltic Station Market in Tallinn and the Uus Apteek at the Tartu University Hospital.