The data from the 2021 census show that an estimated 76% of Estonia’s population speak a foreign language; while 10 years ago, the most widely spoken foreign language in Estonia was Russian, today it is English.

Estonian is spoken by 84% of the population: 67% speak it as a native language and 17% as a foreign language, Statistics Estonia, the country’s official statistics agency, said in a statement.

Information on command of languages was collected through the population and housing census survey from the end of 2021 to the beginning of 2022. A person is deemed to speak the language if their language skills enable them to manage with speaking, writing and reading in familiar language use situations.

English is the most widely spoken foreign language in Estonia

The top three foreign languages have remained the same in the last three censuses.

“However, there has been one noticeable change – while at the time of the previous censuses the most common foreign language in Estonia was Russian, it is now English,” Liina Osila, the population and housing census project manager at Statistics Estonia, said. 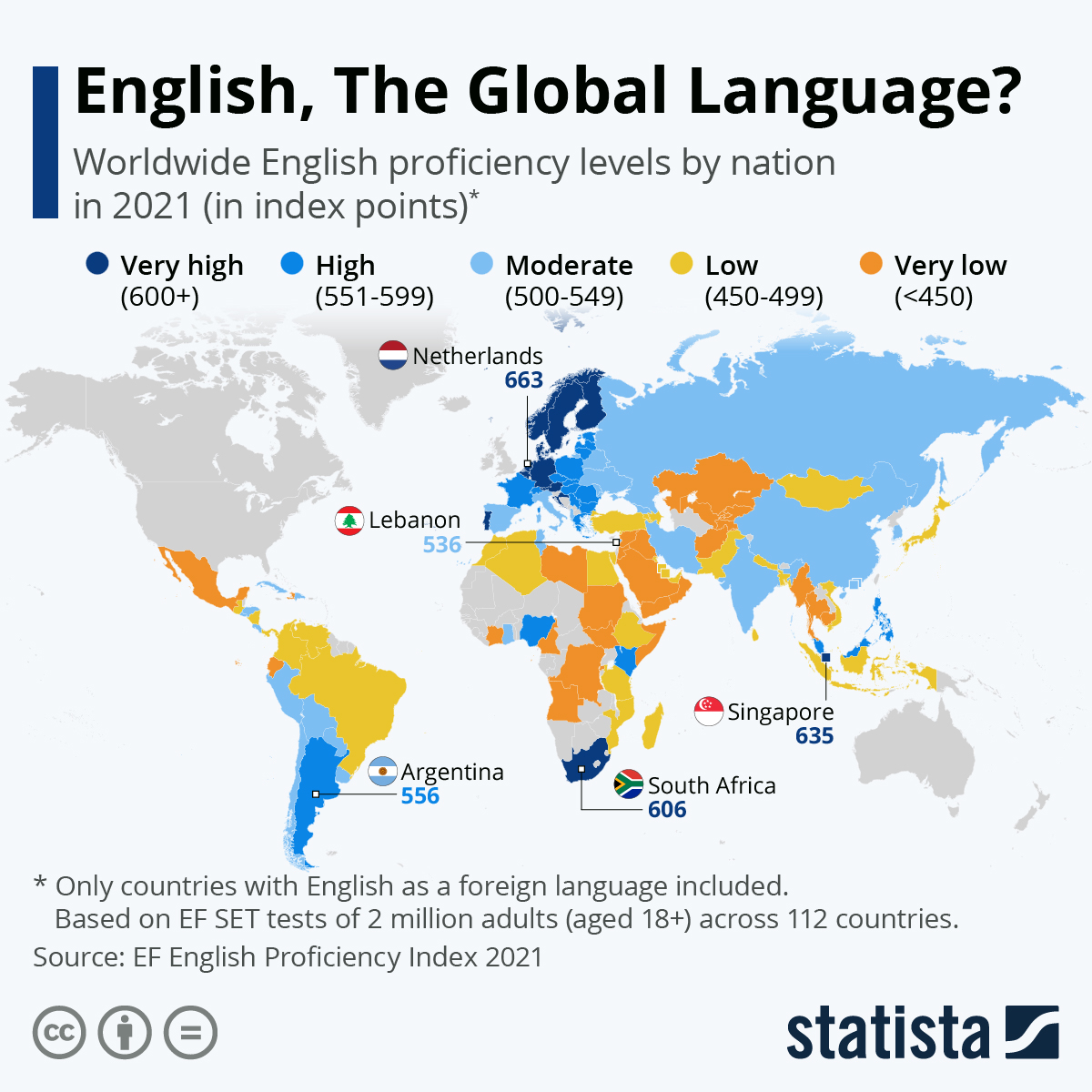 You will find more infographics at Statista

The proportion of foreign language speakers is highest in Viimsi, lowest in Sillamäe city

The share of people speaking only their mother tongue is highest among Russians. “40% of Russians living in Estonia do not speak any other language. For ethnic Estonians, the figure is 19%,” Osila said.

Estonian as a foreign language is most often spoken by Finns living here, 56% of whom speak Estonian. For Russians, the share is 50%, while among Latvians, Ukrainians and Belarusians, the proportion of Estonian speakers ranges between 40% and 45%.