Yar Muhammad came to Estonia because of his doctoral studies six years ago, but the reason why he rooted down is more remarkable – he says he received a good education in Estonia and wanted to give something back.

Muhammad currently works as an IT lecturer at the University of Tartu Narva College. He chose to work in the border town (Narva is located on the Estonian-Russian border) because there was no tradition of teaching IT in Narva before.

“I used to teach in Tartu – a big, international city with lots of possibilities. Moving to Narva was a hard decision to make, but I feel excited to participate in the development of a new curriculum, creating something new and developing it further.”

A mixture of three languages

IT has been taught for two years in Narva, and it is the most international programme there. Muhammad joined the staff in the autumn of 2016.

“This IT programme is made up of courses that are taught in Russian, Estonian and English, and of course this has its own difficulties. On the other hand, it’s beneficial because the graduates are going to work globally, not just in Narva or in Estonia. When one of the working teams is located in Estonia, another in Russia and the third one in the US, you must be able to communicate with everyone. The curriculum is more attractive this way and different from the competition. Students learn both technological and communicative skills; it increases their hireability.”

Muhammad believes Narva College is the right place for IT studies, as it continues to focus on training teachers. “We must take into consideration the needs of the region, as well as the fact that many IT companies are ready to come here and they need employees. This specialty is both demanded and popular. We are not able to accept more than 25 students per year, but the number of candidates is many times higher than that.” 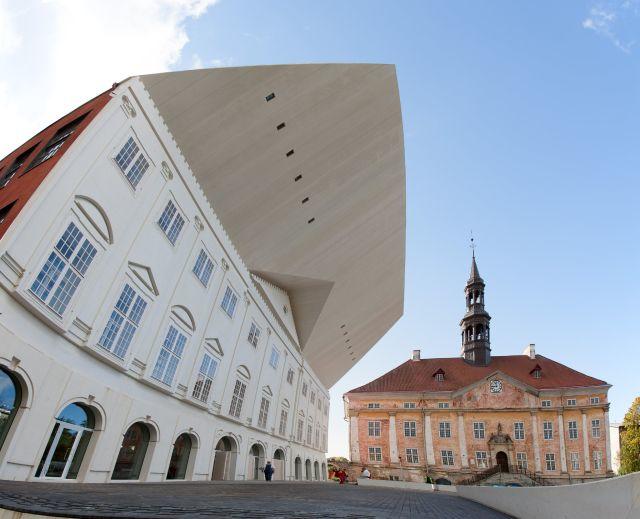 Having a reputation as one of the strictest and most demanding lecturers at Narva College, he believes students should show some effort all the time, not just during the tests’ period. That’s why he checks over the things they study by conducting a test every week, although it makes his life harder, too. “We are not preparing our students for examinations, but rather for the challenges of the labor market. If it is tough to take a test each week, then the labor market is even tougher. That’s why it’s important for them to really study.”

Muhammad himself became interested in information technology when he was graduating from high school in Pakistan. As these were boom times for IT, the choice of specialty was quite expected. He acquired his bachelor’s degree in computer science, a master’s degree in IT and started his career as a programmer and an IT engineer in Pakistan.

“After two years of work experience in both the private and public sector, I started to think about continuing my education abroad. When you have a scientific degree from Europe, the US, Canada or Australia, you become much more valuable on the labor market of Pakistan. I didn’t consider America, as the studies over there are very expensive, but many European countries are offering free education of a quality that is just as good,” Muhammad says.

He went to Sweden to acquire his next master’s, because of the possibility to study in English. “Yes, the costs of living are high in Sweden, but when the education is free and you are sharing your apartment with other people, cooking at home and find a part-time job for the weekends, it is possible to survive.”

A lecturer in demand

Muhammad started to get acquainted with the northern way of life in 2006 and he has remained true to it since then, excluding a small break.

“After getting the MA in computer science, I worked in Stockholm as a software engineer for a year and half, until I visited Pakistan, where I received a good offer to start working as a university lecturer. But after just one term I understood that when you have no doctoral degree, your career will hit a ceiling eventually and you can never work as a professor.”

By then, Muhammad had figured out that he wanted to commit to teaching and scientific work instead of private enterprise. That’s when he started to look around in Europe again.

“I was offered doctoral student positions from two countries: Finland and Estonia. In Estonia, both the University of Tartu and Tallinn University of Technology showed interest. I accepted the offer from the latter. It was the topic that sold me – biomedical signal processing.”

After Muhammad had successfully defended his doctoral thesis in the summer of 2015, job offerings from both his homeland and abroad, as well as from universities and companies, started to appear in his mailbox. Among the headhunters was the Institute of Computer Science of the University of Tartu, where the Pakistani began working first.

“Why am I still in Estonia? Because I want to go on with my studies and teach, too. Because I believe that when a country has given you a good education and a scholarship, you have to offer something back to the society. Estonia has given me a lot and I decided that I want to contribute something as well.”

Muhammad’s contribution is not limited only to teaching and studies. He is one of the founders of the Pakistani-Estonian Association as well. “The association was founded last November. We are trying to develop good relations between the two countries, consolidate the business and culture-related connections, all the while figuring out possible ways for Estonia and Pakistan to cooperate in a mutually beneficial manner.”

Mohammad affirms he feels welcome in Estonia. “When I arrived to Estonia to become a PhD student, my instructor and the colleagues from my new faculty greeted me warmly and we began to socialise outside the workplace, too. I invited my colleagues to my home and offered them Pakistani food. They, on the other hand, invited me to their places or restaurants. We drove around Estonia a lot as well.”

In his second year in Estonia, something happened to Muhammad that could be described as a “heartwarming experience on a wintry day”.

“I had decided to visit Pakistan during my Christmas vacation, so I had to get to the Tallinn bus station from my home and from there to the Riga airport. I mentioned all of this to one of my colleagues during a coffee break. The day of my departure was 25 December and the temperature outside was -29 °C (-20 °F). It was early morning and I was waiting for the bus near my house but it just didn’t arrive, although the buses usually follow the schedule. Then I understood I had looked at the wrong timetable. I started panicking because there was no taxi around either, but then a car passed by with the driver calling out, ‘Hop in!’ My colleague had begun to worry that I might not get to the station in time, so he decided to give me a ride himself,” Muhammad says upon recalling an experience that undermines the bias about cold Estonians.

Muhammad speaks fondly of Estonia. In addition to the benefits of the e-country, the Pakistani likes the working culture and the environment Estonia has. “People are hard-working, devoted and make good on their promises in time. They are helpful and ready for cooperation, as I have experienced in Tallinn, Tartu and Narva. People’s attitudes towards work are more professional here than they often are in Pakistan. And I admire how people sincerely want to contribute to fostering the society.”

On the other hand, he still hasn’t become fully accustomed to Estonian cuisine. “Even when there is a party, I go home afterwards and have something more, because I have the feeling that I haven’t really eaten,” the foreigner says, laughing, as he loves spicy food. That’s why he prefers to cook by himself at home, taking turns with his spouse. The proper ingredients are usually acquired from Tallinn or Tartu. 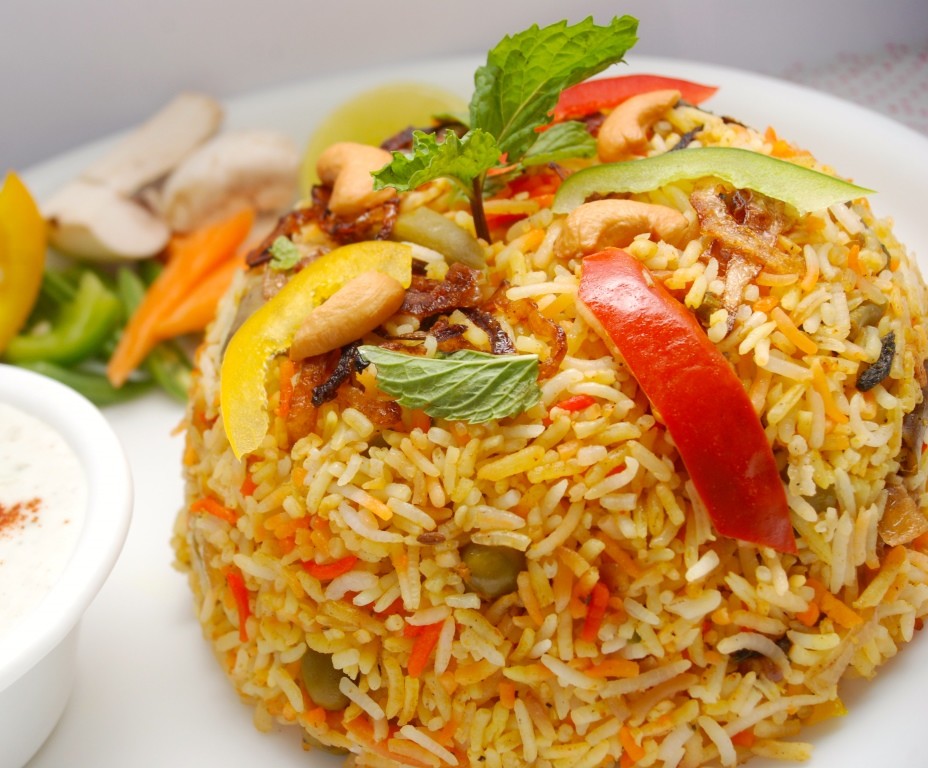 Muhammad comes from the province of Sindh in the south of Pakistan and his favourite food is biryani, which is made following the traditions of Sindh. “It is rice with chicken,” he explains. It sounds simple, but it’s misleading when we take into consideration the amount of spices and herbs that the food includes: chili, garlic, ginger, pepper, saffron, coriander, bay leaf… It’s no wonder that food seasoned only with salt and pepper might seem flavourless to him.

With the population of Pakistan at almost 200 million, Estonia seemed unusually empty of people at first, especially as Muhammad had studied and worked in Karachi, the biggest city in the country, as well as the sixth largest in the world, with a population of nearly 20 million.

“In Estonia, you could take a long walk without seeing anybody, and drive your car without getting into a traffic jam. By now, I’m used to this and I have to tune myself to the density of people when visiting home,” he admits. 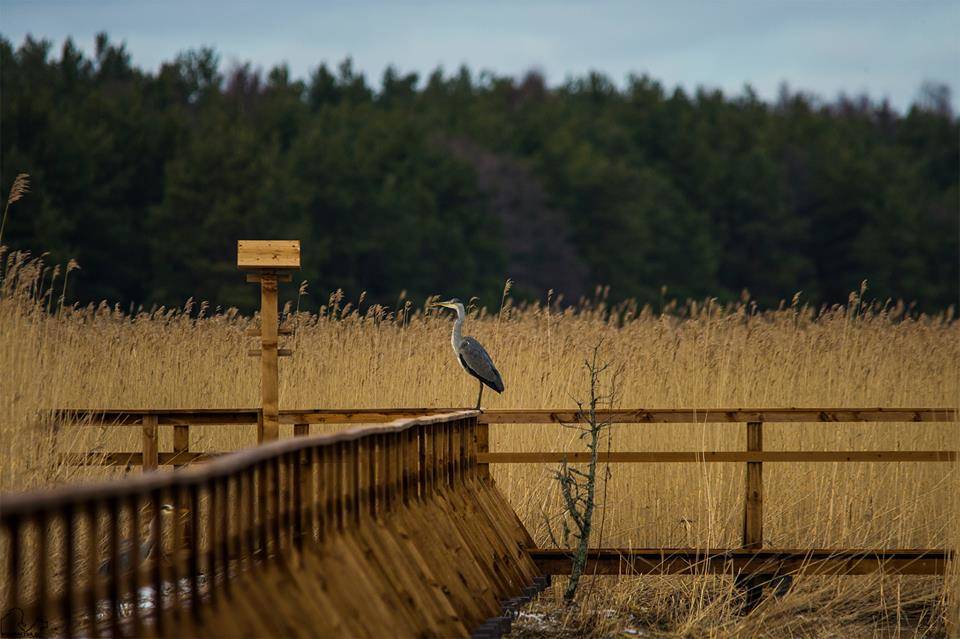 The things Muhammad misses the most after living away from home for two years are his culture and the people close to him. In Estonia, there are no days off for celebrating holidays important to Muslims, nor is there a community to have as company while doing so. “There are only some Pakistani families in Tallinn and Tartu, with none in the Narva region. Then again, there are no restrictions on following my religion daily, including praying five times a day.”

Muhammad usually celebrates the Independence Day of Estonia with his local friends. In his homeland, the analogous national holiday is 14 August. On this day in 1947, Pakistan became independent from the United Kingdom.

This article was originally published in Estonian in Põhjarannik. The English version first appeared in the University of Tartu blog. Cover: Yar Muhammad (photo by Matti Kämärä.)

4 thoughts on “A Pakistani lecturer in Narva: “I’m grateful to Estonia””