Estonian scientist Mart Min, born in 1943, is a multifaceted man. He started his career in the electronics industry as an engineer but soon united engineering and science, which has brought him to participate in working out a solution for pacemakers and creating a euro coin identification machine.

This article is published in collaboration with Research in Estonia and Study in Estonia.

Min, a professor at the Tallinn University of Technology, says the creation process has always fascinated him but he is not a classical scientist who makes long-term passive observations, collects facts and filters the required information to systematise the information into new knowledge.

“I came to science from engineering. I make minimally intrusive but still active experiments and I have always tried to use the acquired knowledge for aiding medical diagnosing and creating new machines, treating methods or a new production processes. Seeing scientific results working fascinates me,” Min explains.

Seemingly, Min has been engaged in very different areas – space projects, medical technology and a coin identification machine – but actually their common denominator is measurement. “Already from the beginning of my career in engineering and science my research topics were connected with obtaining information from the environment, both natural and engineered,” Min says. 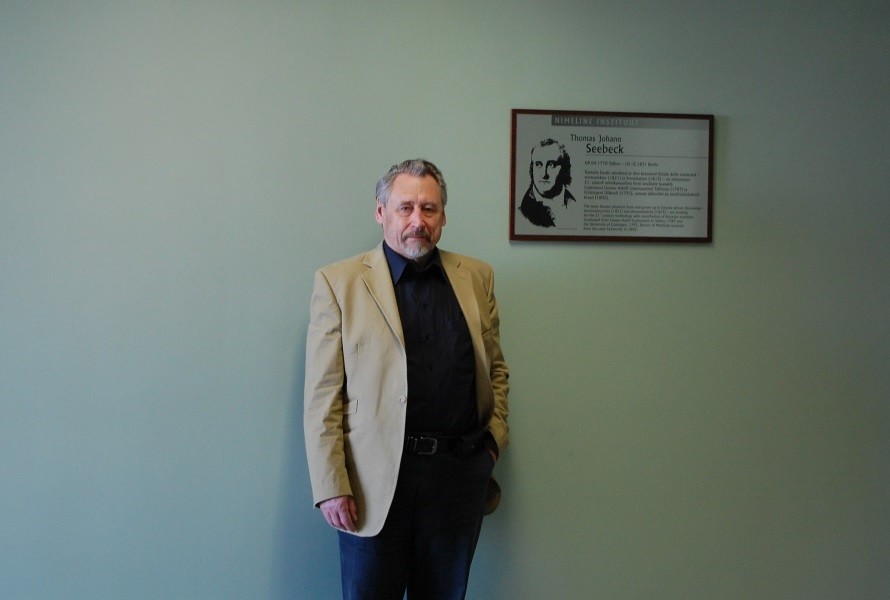 While he was studying, the Soviet-occupied Estonia had a strong electronics industry, which provided for the larger Soviet industrial complex; there were several large enterprises in Tallinn and some in Tartu and other cities. Students received in-service training in these factories, which had their own design offices and several also had research departments. Min practiced at the RET (Radio-Electronic Technology) Corporation in Tallinn. The main development line at RET was creating new principles for electronic measurements.

His diploma thesis in electronic engineering at the Tallinn Polytechnic Institute and later his PhD thesis, defended in 1984 at Kiev Polytechnic, Ukraine, were devoted to information acquisition and measurement technology.

The acquired knowledge has been implemented in various ways: in measurement devices for the electronics industry, spectrometric devices for space labs and later mostly in the research and development of medical electronics.

Min’s consistent work has been noticed – in 2011, his research group was nominated for the European Inventor Award, mostly because of new details made for pacemakers.

His first research in the field of pacemakers was published in the late 1990s in the framework of the EU Copernicus project, “Hardware based Fuzzy Logic control of the pacing rate in rate-adaptive cardiac pacemakers”. In this project, bioelectrical impedance analysis or electrical bioimpedance, based sensing of lungs’ breathing character as an indicator of the physical workload of the patient, was introduced. 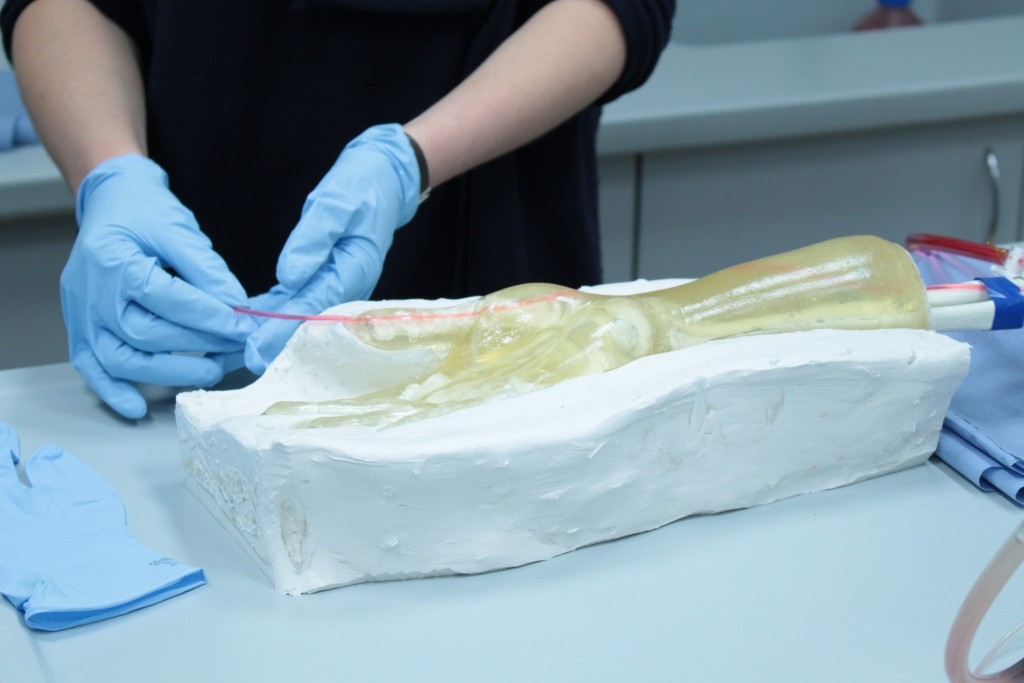 “In 1999, I was asked to give some lectures at Stockholm University about the usage of electrical bioimpedance information in medical monitoring and diagnosing. The next day, I was suddenly asked to give a similar lecture at St Jude Medical Company (an American-Swedish company) and I received an invitation to collaborate with the company in the field of bioimpedance based sensing and pacing rate control,” Min recalls.

The collaboration lasted four years and concluded with new solutions for the estimation of the patients’ physical workload and controlling the pacing rate, as well as limiting the highest pacing rate to avoid overpacing and, therefore, the possibility of destroying the heart muscle.

All these solutions were patented by St Jude Medical around the world and have been used in its products – implantable rate adaptive cardiac pacemakers, little generators that create voltage pulses, which are about millisecond long and have few volts of amplitude. These pulses encourage heart muscle to contract. Artificial stimulation is needed when the heart’s own natural electrical signals generator – the sinus node – is working too weakly or slowly, or not at all.

Min’s wide-ranging and universal work has continued within his research group in Estonia. In addition to Estonian students and scientists, there are also people from abroad, for example, Pakistan, Bangladesh, India, Germany, Greece and Afghanistan.

“In our master’s programme of communicative electronics there are about twenty foreigners, as well as ten doctoral students who have a great role in our research,” Min says.

For example, Georgios Giannoukos from Greece got his doctorate degree from Tallinn in September. He participated in the project called “Impedance spectroscopy based identification and control”. Giannoukos got the idea to come to the Tallinn University of Technology from a fellow scientist in Greece and he really enjoyed studying there.

Tauseef Ahmed from Pakistan is working on the subject of a network of wireless sensors for his PhD, which is in alliance with the projects in the department. Ahmed is also working on e-health modelling that is a project of his supervisor, a senior researcher, Yannick Le Moullec, who is one of the busiest supervisors in the department. Moullec will become professor in January 2017.

Robin Ehrminger from Germany enjoyed his master’s studies in mechatronics and continues on the PhD level. “So far it has been a great experience with a lot freedom for creativity. At the moment, I am investigating different approaches in the field of bacteria concentration detection,” he says.

All three men work with Mart Min and they appreciate this opportunity a lot. “I can describe Mart Min as an outstanding and very active scientist, who has a valuable experience and a great sense of humour,” Ehrminger adds.

Giannoukos describes Min as a gifted scientist with a brilliant personality. Ahmed points out that when he has attended conferences and introduced himself as a student from Estonia, people have asked whether he knows Mart Min. “I think he is a very high-profile researcher in Estonia,” Ahmed asserts.

One of Min’s and his research group’s latest works is the euro coin identification machine. The enlargement of the European Union and the opening of borders brought along an explosion of fake coins and that is why a new type of validation machines was needed.

Min says it took a bit more than five years of study and development to get from the idea to a working machine. “The main principle for identifying euro coins is measuring the electrical impedance of their different layers in a broad frequency band (impedance spectroscopy). We used the non-contact induction current (Eddy current) spectroscopy method,” he explains.

The idea and the proof-of-concept demo device were developed as a response to the procurement of the European Anti-Fraud Office (OLAF). The prototype was developed in the framework of the EU-FP7-SME project, “SafeMetal – Increasing EU citizen security by utilizing innovative intelligent signal processing systems for euro-coin validation and metal quality testing”.

By the way, the technology of electrical impedance was patented in 2010. The same technology can be also used for diagnosing health issues and electrical failures in satellites, as reported by the Estonian daily, Eesti Päevaleht.

Min says that research in the field of medical technology is the closest to his heart. “When one works together with medical doctors, one sees how many troubles mankind can have,” he notes. “One also sees that clever technological solutions are already helping people today, but one understands how many problems technology can solve in the nearest future with the aid of science. I myself have been a demanding patient recently and experienced these problems first-hand.”

Currently Min is working on cognitive electronics and especially on a new method for determining changes in central blood pressure. It is part of his project, “Impedance spectroscopy based identification and control of objects: signals, algorithms, energy efficient solutions” that focuses on blood pressure. 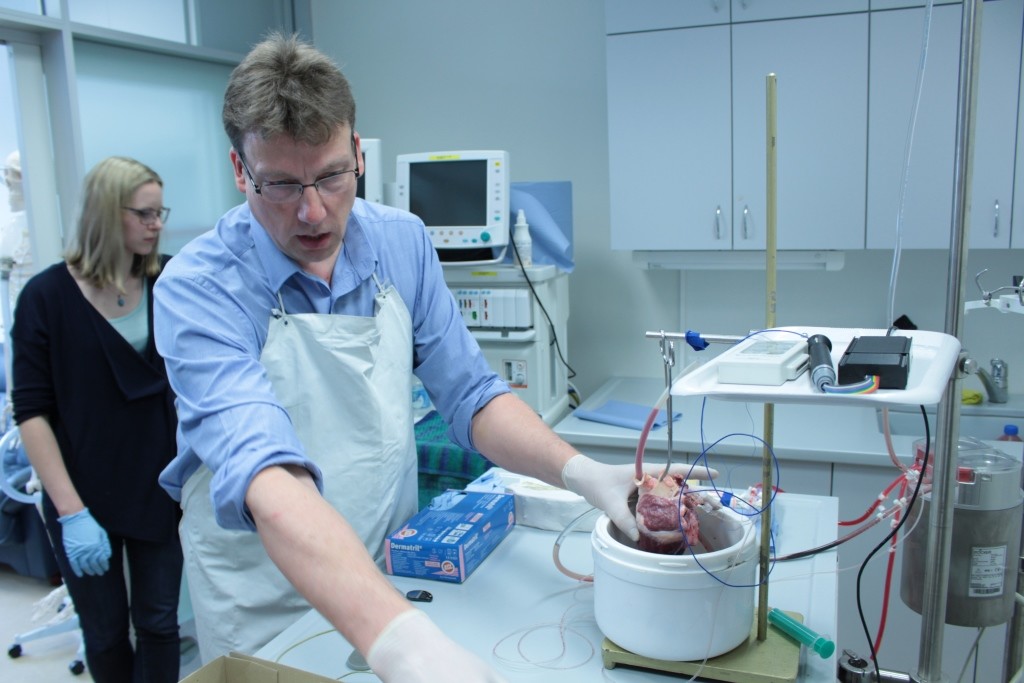 Min mentions that science goes forth independently thanks to curious people, as it has happened already for many centuries. He also states that science should be strongly supported by the society and government to gain economic and social benefits and security for citizens and the state as a whole.

“Science needs financing and scientists must voice their responsibility. A lot of problems in today’s science could be surpassed if fundamental science, ie, applied science and innovation, would be considered as a single development process,” Min suggests.

Cover: Mart Min. All photos courtesy of Mart Min and Research in Estonia.

Marii Kangur is an Estonian journalist, media teacher and radio journalism lecturer, who is mostly writing about education and bicycle culture. Previously, she worked as a news reporter at the radio service of the Estonian Public Broadcasting.