A new kind of student has arrived at the University of Tartu, Estonia’s best-known university – a robot called Pepper.

Produced by a Japanese company, SoftBank, and owned by the Estonian firm, AS Hansab, the humanoid robot’s key function is to offer companionship to people. Previously, Pepper had been busy welcoming guests at the Estonian headquarters of the Nordic telecommunication company, Telia, that also supports the robot’s studies at the university. “If everything goes as planned, Pepper will obtain various skills and knowledge by the end of the semester, to communicate with people even better than before,” the university announced on its webpage.

“Pepper will start to learn new things together with robotics and computer engineering students. As we all know, we develop the fastest if we cooperate,” Karl Kruusamäe, the university’s associate professor and Pepper’s supervisor, said in a statement. “On the one hand, our students will teach Pepper how to communicate with people in an easily understandable manner in the physical world and in virtual reality. At the same time, the students will learn through practical experience how to develop technologically highly complex robotic systems from predefined requirements.” 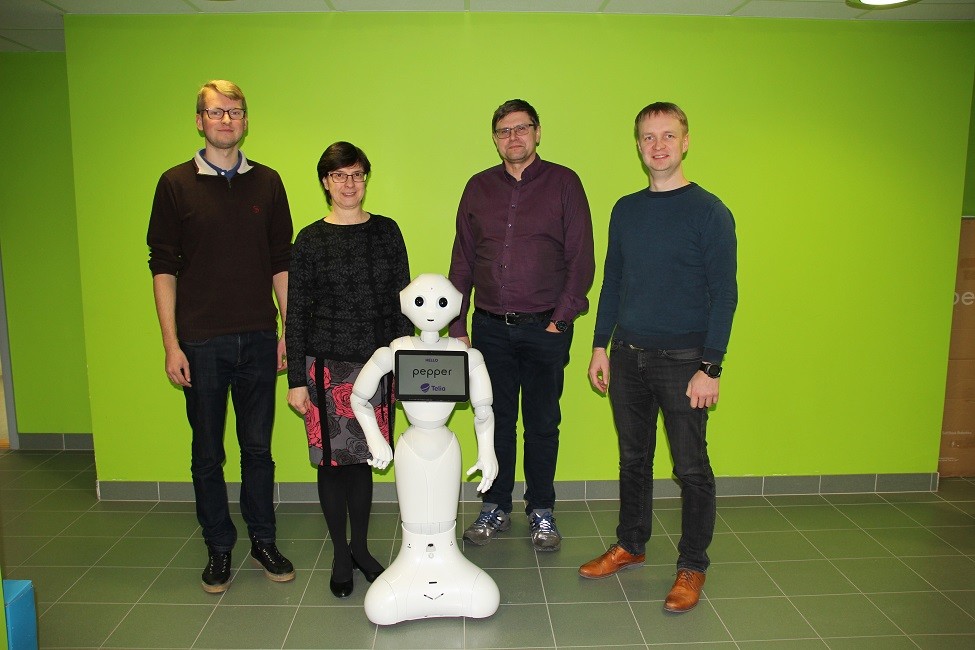 Pepper will not be lonely

Toomas Kärner, the IoT business area manager at Telia, expressed hope that the company’s cooperation with the University of Tartu will offer its students practical experience in robotics which will, in its turn, increase Estonia’s competence to create solutions in this area. “We would like Pepper to be able to do stuff that no other Pepper in the world has ever done before as well as to communicate with people in a totally new context,” Kärner said in a statement.

Pepper will not be lonely as it will enjoy the company of other robots at the university, including KUKA, Universal Robots and Franka Emika manipulators used in the field of manufacturing; Sanbot and Nao humanoids who imitate humans; and educational robots like mBots and “roboghosts” (in Estonian “robotonts”).