One hundred and forty years ago, it was a common occurrence that wolves attacked people – and kidnapped children – instead of being afraid of them; nowadays, however, the newly-elected national animal of Estonia usually keeps to itself.

This article was originally published by the University of Tartu blog, authored by Villu Päärt.

On a cold day, a tipsy drum player happened to come home in the dark in Tartu County. While on the road, he was attacked by a pack of wolves. Only some rags and bare bones were left of the poor man. The wolves’ hunger had been such that even the skin of the drum was devoured.

The naturalist and writer, Jakob Benjamin Fischer, described this story in his “Natural History of Livonia”, published in 1791.

Back then, wolves were a real danger to people. In the 18th and 19th centuries, when travelling in Estonia or Livonia in the winter, one had to take into account that the wolves were hungry and, in the wake of a potential meal, ready to forget the rule that humans are the ones they should fear.

Texts from the 16th century recount that during the winter, all travellers carried lances and crossbows for protection against the wolves. Behind the sleigh was a long rope with a bludgeon attached to it, meant to keep the animals away. Fires, the smell of gunpowder, clanging of chains, hitting iron against firestones, blowing horns and beating drums were also used for the same purpose. However, as indicated by the story from Tartu County, sometimes the drum was no help. 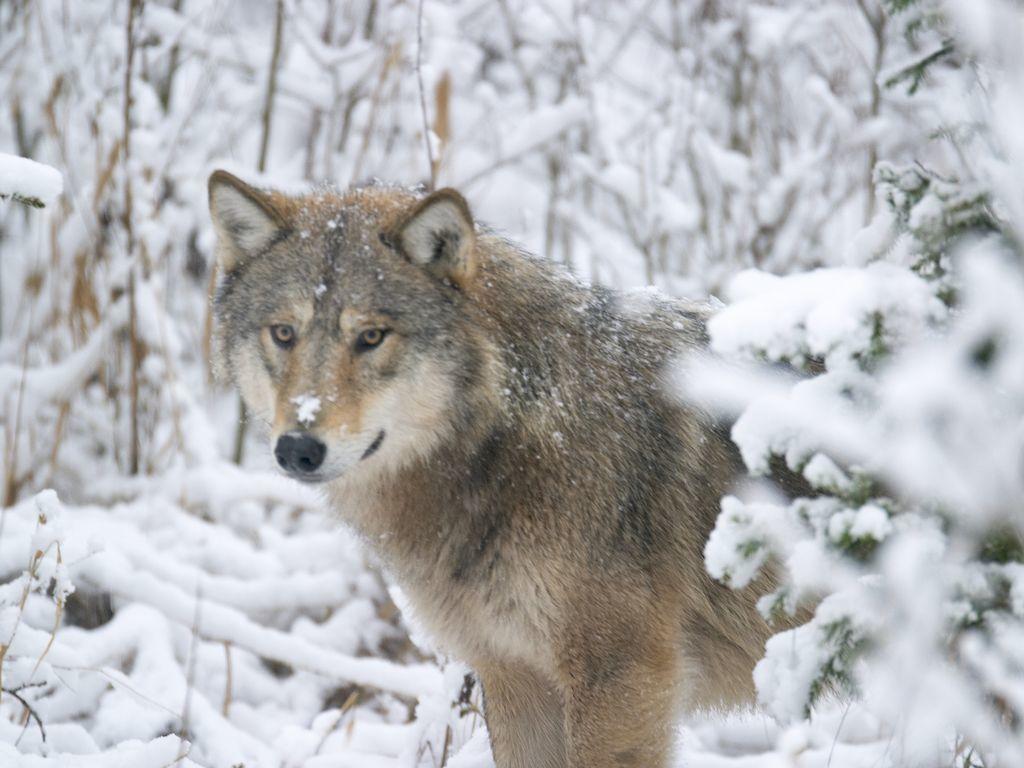 In 2011, wolf researcher Ilmar Rootsi defended his doctoral dissertation at the University of Tartu regarding the relationships between humans and wolves. The work focused on Estonia from the middle of 18th century until the end of 19th century. Six years earlier, Rootsi published a monograph entitled “Susi tuli soovikusta” that became the basis for his dissertation. A portion of his work is dedicated to man-eating wolves.

Rootsi has studied exercise and sport sciences and is now retired. In the 1980s, he began to study folk tales about wild animals and hunting, which ignited his extraordinary interest in wolves. During his research, he has studied the animal in collections at the Estonian Literary Museum, as well as the Estonian National Museum, the Estonian Historical Archives and the archives in St Petersburg and Riga. He has learned the peculiarities of wolves’ behaviour and taken nightly forest trips, where he used to listen to the wolves’ voices and tried to lure them, imitating their sound.

According to Rootsi, there’s quite a difference between the 18th and 19th centuries, as far as relationships between wolves and people are concerned. Written material about the 18th century is sparse, but the 19th century could be covered quite well because of church books reflecting the everyday life of congregations.

“The data from the 18th century is incomplete: there are no reports by the clergy and the material in the archives is rather random,” Rootsi has said.

Cases of children that were attacked that Reverend Johan Heinrich Frost included in the church chronicles of Kambja are some of the first reliable sources about wolves eating people. During five years, wolves attacked 11 children and a grown woman in Kambja Parish.

The first of these entries dates back to the midsummer of 1762, describing a wolf who grabbed six-year-old Peep, who was herding animals not far from home. The wolf had come from the forest and wasn’t interested in sheep – it chose the boy instead. When his parents heard the noise, they started to follow the wolf with a dog. The wolf dropped the boy but he couldn’t be saved. 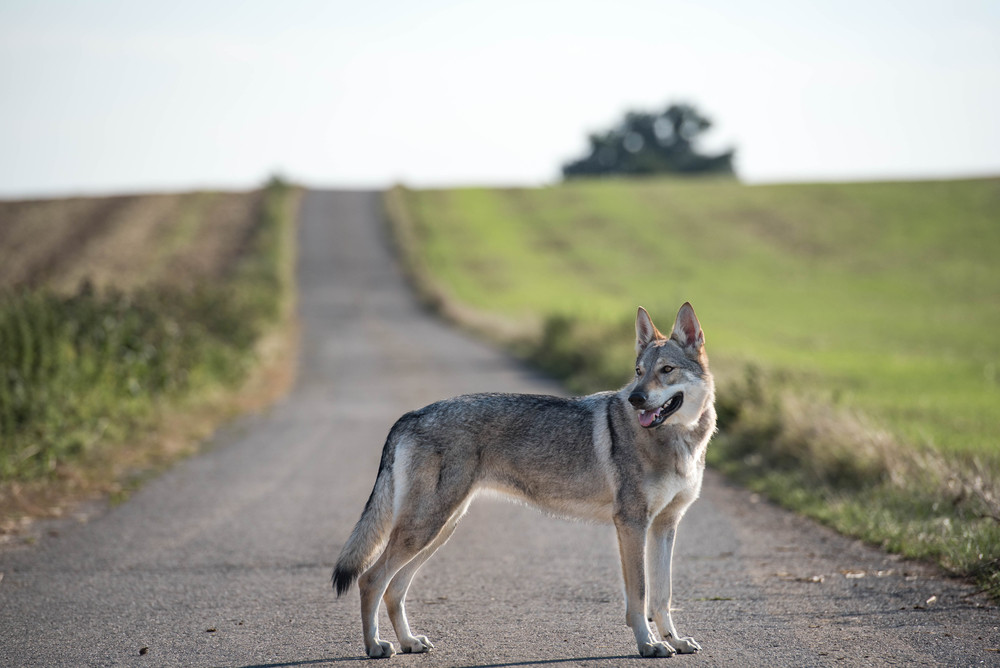 The Lutheran church chronicles from the 19th century reflect 111 attacks in the years 1804-1853, with 108 children, one man and one woman dead because of the wolves.

There must have been more accidents like these, because in the 1840s, about 65,000 Livonians (a tenth of the population) converted to Orthodoxy. There is no data about them in the church books.

The last mention of a child attacked and killed by a wolf in a Lutheran church book dates back to 1853: five-year-old Toomas was taken away by a wolf in his own backyard in the village of Maetsma.

Folk tales also tell of attacks in later years, but there is no trace of these wolves’ victims in church books. Still, a single later incident is mentioned in an Orthodox church book from Iisaku Parish: in 1873, a wolf carried away a nine-year-old boy. His head, the bones of his arm and fingertips were later found in the forest, three versts (a Russian measure of length, one verst is about 0.66 miles) away.

Uninfected wolves haven’t attacked people after this period, but the bites of rabid animals have been fatal to humans in Estonia later, too – even after the Second World War.

Where do man-eating wolves come from?

Rootsi has pointed out that the attacks happen if the number of wolves is large, meaning an increased number of naturally more aggressive specimens. An increased number of old and sick lone wolves raises the danger level for people as well. There used to be a lot more wolves in the Estonian forests than there are today.

Another prerequisite: in those days, people didn’t use to hunt wolves as much, so the animals had no fear of people. Add the scarcity of prey and the major premises are met.

In Estonia, wolves have attacked children in summer, not in winter, when food was scarce, indicating that in addition to an empty stomach, there were also sheer predatory instincts involved.

There were domestic wolves among the attackers as well that were brought from the forest as young wolves and raised around people. They were raised for crossbreeding with dogs and thus produced good hunting dogs, but also for protecting herds against wild wolves. Domestic wolves weren’t afraid of people, but their predatory nature remained intact. 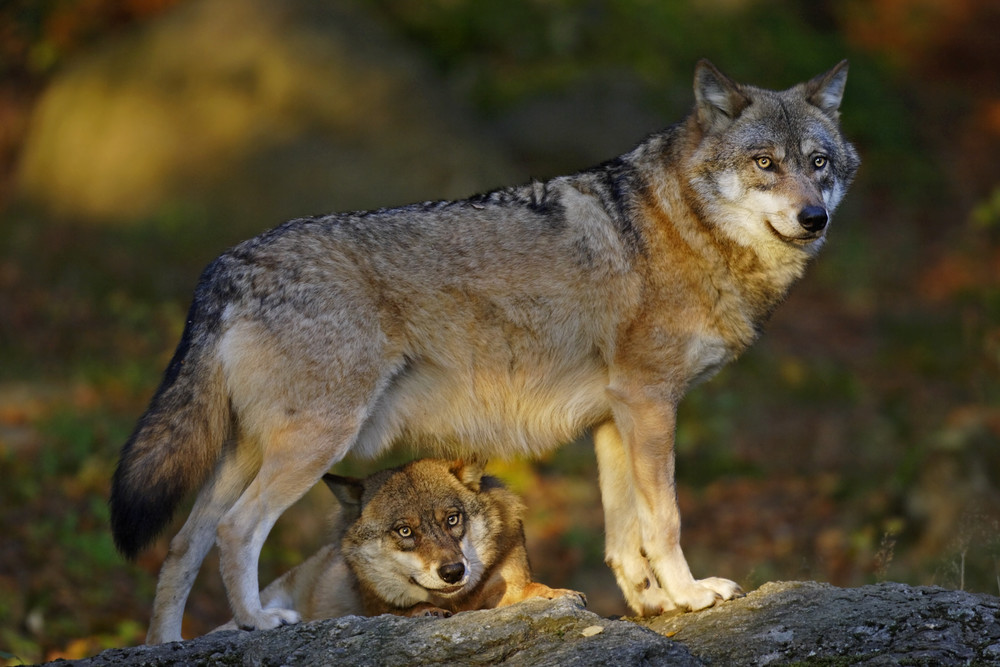 For the last century and a half, wolves haven’t attacked human beings in Estonia. Why is that? The flocks are smaller, so there are less lone wolves that could be dangerous to people, Rootsi has pointed out. Nowadays the forest provides wolves with enough food as well. Also, hunting is more common and the wolf, being an intelligent animal, is scared of humans. And no one raises wolves domestically anymore.

Lifestyles have also changed – kids don’t herd or pick berries and mushrooms alone anymore, nor do they accompany their parents in agricultural work.

But the nature of the wolf hasn’t changed. Under different circumstances, the animal could still become interested in human blood, Rootsi has warned.