The Kõigi Eesti grassroots movement that was started in March out of concern about the recent developments in the Estonian politics, stepped out of the social media by organising a free concert in the Estonian capital on 14 April – which over 10,000 people attended and over 70,000 watched it on television and online.

The Kõigi Eesti (#kõigieesti #общаяэстония #myestoniatoo) movement that was started with a massive action in the social media in March by residents of Estonia from all walks of life and from various communities, stepped out of the virtual world to the real world on 14 April, with a massive free concert at the Tallinn Song Festival Grounds. The organisers told Estonian World that over 10,000 people attended and over 70,000 people watched the concert via the Estonian television channel, TV3, as well as via online media outlets Delfi and Postimees.

Stepping out of the virtual world 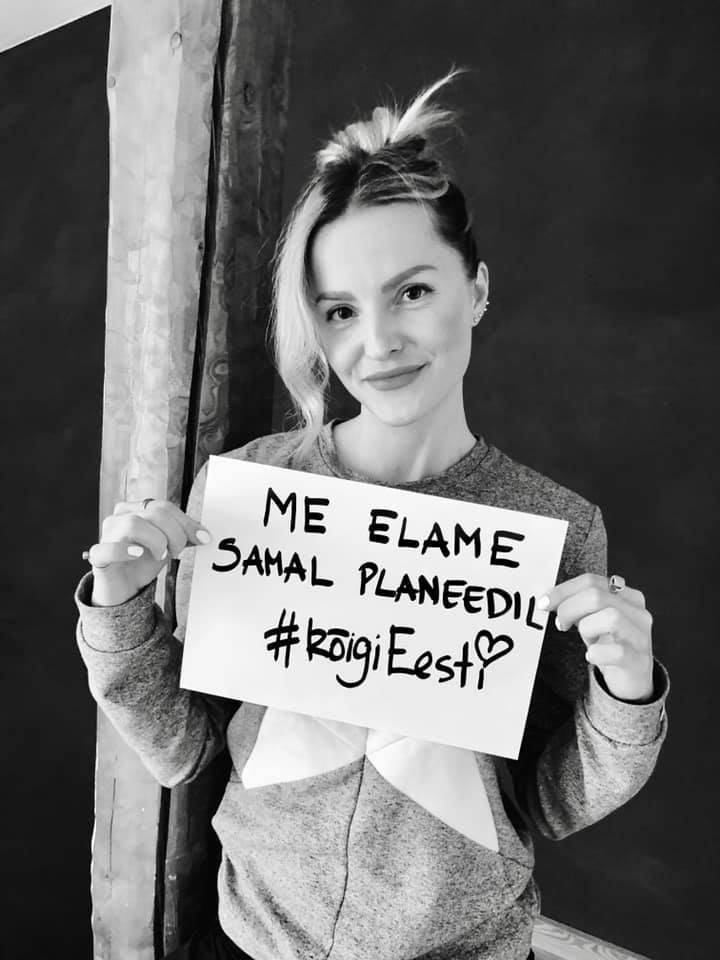 During the social media campaign, communicated in Estonian, Russian and English, hundreds of well-known figures from the Estonian, Estonian-Russian and the expat community participated in both Facebook and Instagram, emphasising why it was important that Estonia remained a tolerant and an inclusive society – reflecting fears that with the populist Estonian Conservative People’s Party in the government, Estonia could in the long term potentially suffer the same fate as Hungary.

In addition to the social media campaign, the movement launched a Facebook page on 17 March that by the end of its first day gathered over 15,000 likes. By 16 April, the page had grown to over 28,000 likes – more than any other movement or political party in Estonia.

While the performers did not make political statements, the organisers had previously said the concert was organised to underline and protect the values and freedoms already well-stated in the constitution of Estonia. 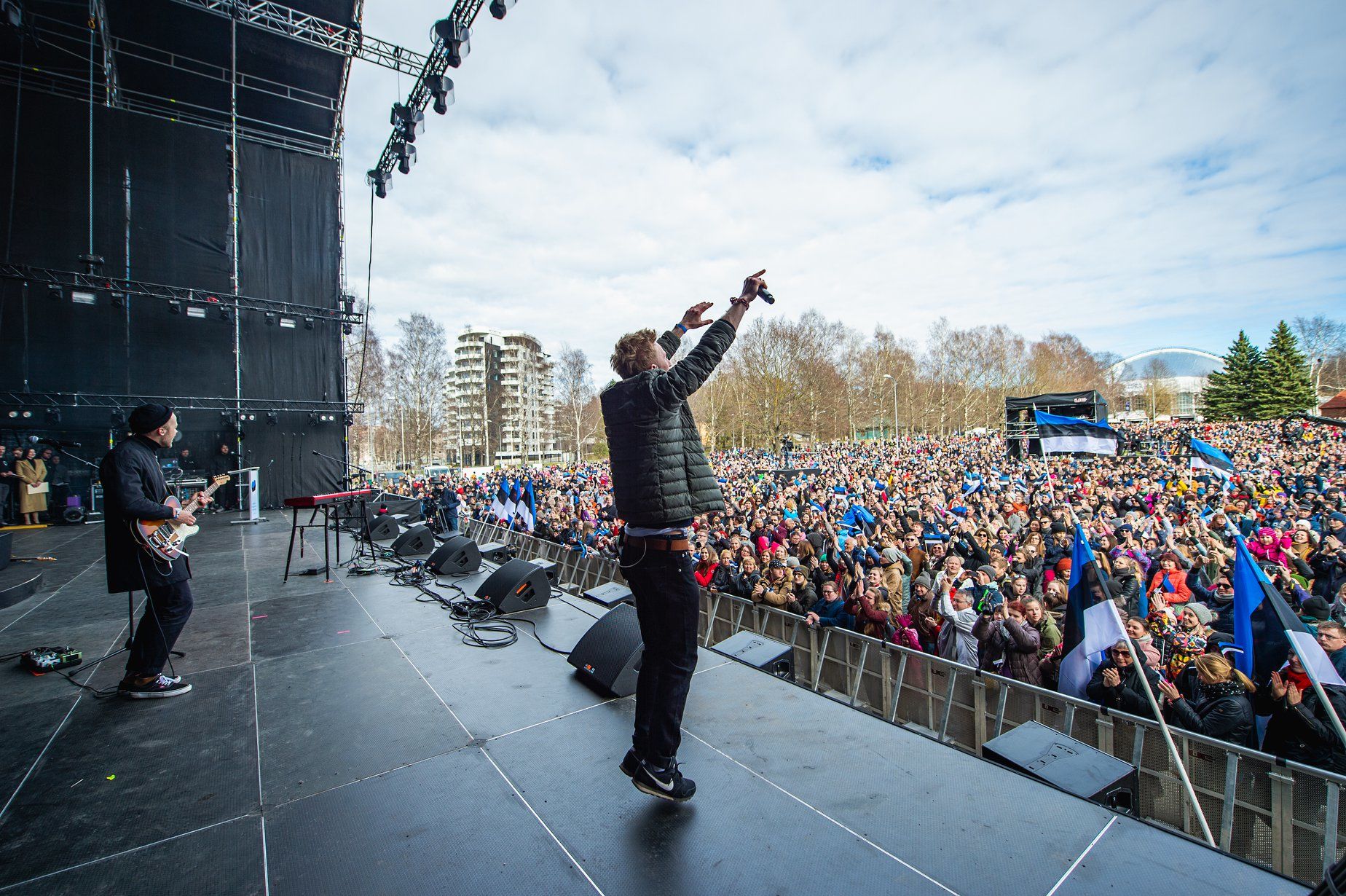 Tamjärv, a cofounder of Hansabank – that as the country’s biggest bank, was a symbol of Estonian economic progress and reforms in the 1990s (Hansabank was later sold to Swedish banking group, Swedbank) – delivered the most political speech of them all.

“Lately, we have heard unprecedented statements about journalists, doctors, theatres, judges – and many others,” Tamjärv said, in a clear reference to the offensive and aggressive rhetoric used by EKRE’s leaders, Mart Helme and Martin Helme.

“First, I considered it as the usual political circus that was performed with serious faces, but not with serious intentions. Until I heard from my daughter who studies abroad that all her friends were very annoyed by these statements – and had started preparations to leave Estonia. That was a shock which prompted me to take a second look at what was happening,” Tamjärv said. “I really wish that our children would want to return to Estonia – always.”

Tamjärv’s conclusion was that it was important to put a stop on lies and hatred in the society, in order to protect freedom and dignity – and have unity. 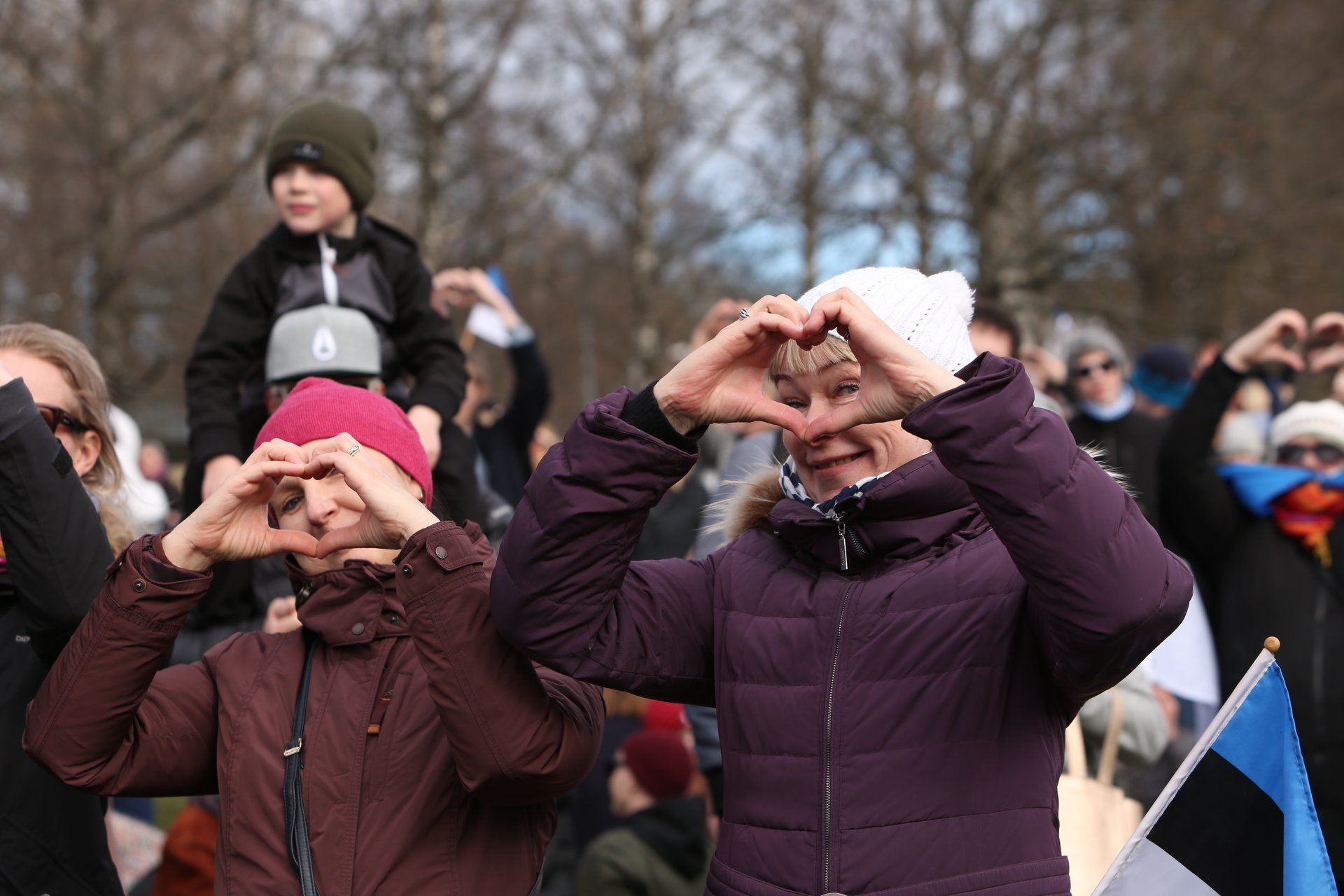 The values were also underlined by the concert organisers after the event which passed in a friendly and warm atmosphere and attracted many families and people from Estonian, Estonian Russian and expat communities.

“Kõigi Eesti Laul brought over 10,000 people to the Song Festival Grounds. We are thrilled and thankful. It was a beautiful day that proved the people in Estonia are prepared to seek common ground and focus on the good that unites us. Freedom cannot blossom if we do not all care for it. We must protect our freedom. Every one of us, every day,” Kõigi Eesti said in a statement.

Cover: The concert was presented in both Estonian and Russian, by Estonian actor, Reimo Sagor, and Estonian Russian actress, Yekaterina Novosyolova. The presenters making a heart symbol on stage, as thousands of concert goers watch by (photo by Maido Parv). See all the picture galleries of the concert on Kõigi Eesti’s Facebook page. Read also: Kõigi Eesti citizen movement to host a free concert at the Tallinn Song Festival Grounds.