Katharina Sowa from Germany fell in love with Tallinn and Estonia few years ago. Nowhere in the world around can ever such a place be found, she says now.

I have always tried to escape my homeland and I have got fulfilment in travelling. Being of Polish descent and having a mum who lived and worked in Bulgaria for some years, I quickly found myself belonging to Eastern Europe. Always on the move. Restless. Searching for that place to be called home. And finally arrived. In Tallinn. In Estonia.

Falling in love with a city, a country? Sounds a bit odd, I know. But yes, it’s possible.

It was in 2011 when I first visited Estonia. I still remember that feeling I had, when I arrived in the capital, Tallinn. It was just midnight. I arrived at the bus station, dismounted and took a taxi to get to my hostel. Although it was night and dark and it wasn’t possible to see everything, I was really impressed and overwhelmed.

The taxi ride took about ten minutes. I was silent and soaked up the impressions I perceived. From that moment on I knew this was the place I had searched for and where I would return again and yet again, even though I hadn’t seen a lot of the city or even got in touch with the locals.

It is the spirit that radiates from Tallinn, and Estonia as a whole. Something you cannot really describe because you have to feel and experience it by yourself.

If you ever have the chance to take part in a traditional parade or especially the traditional song festival, you will get the feeling of what it means to be Estonian. You find yourself in the middle of a sea of blue-black-white flags, in a huge crowd of probably the proudest people in the world you’ve ever met, singing along their anthem and songs with the greatest passion. You cannot escape from this deeply moving patriotic scene. It touches your heart and moves you to tears in a positive way. 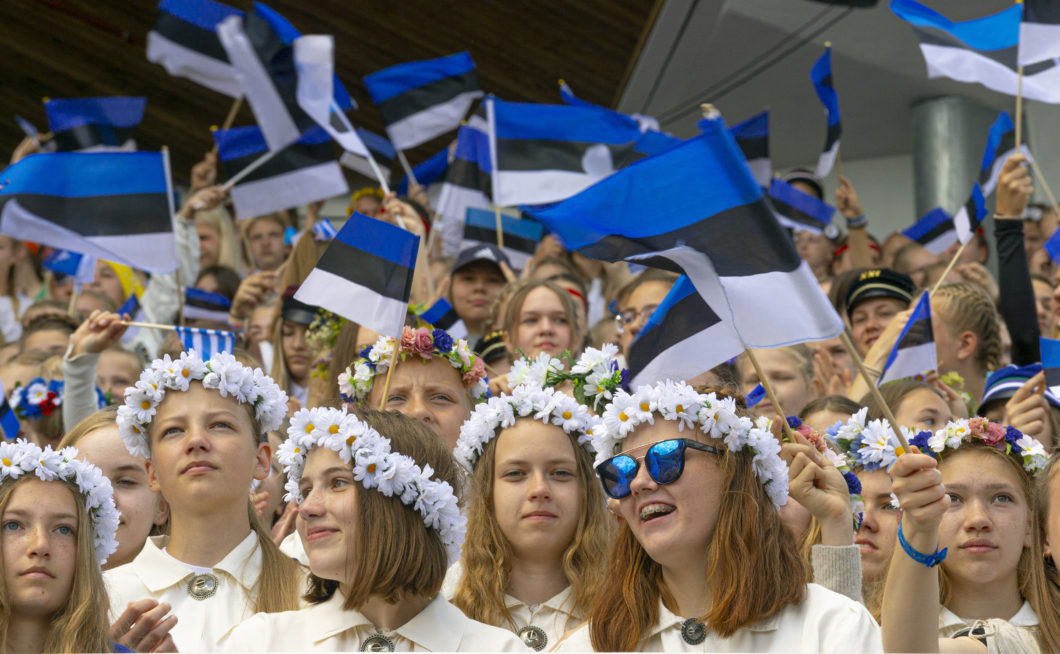 As a native German, it might be strange to witness such a scene and see so many people being proud of their country and roots, exclaiming with pride “Elagu Eesti!” (“long live Estonia”). Germans are always very cautious with their national pride, particularly in showing it. I always missed that communal spirit and the feeling of being proud of my country and belonging to it. In Estonia I found it. Maybe that is one of the reasons why I feel so attracted by this beautiful country.

So I found myself in this country, the northernmost of the Baltic states. Far away from my home. Fascinated by its beauty, culture, food, people and language.

It is not a big country and neither is Tallinn a big city. But it is cosy. Tallinn radiates its medieval charm but is on the brink of the future at the same time. It bethinks of its traditions but is in touch with the modern era.

It seems as if a touch of magic exceeds this city. Timeless but characterised by the times. Modern and classic. Open-minded about new things and adherent to traditions. 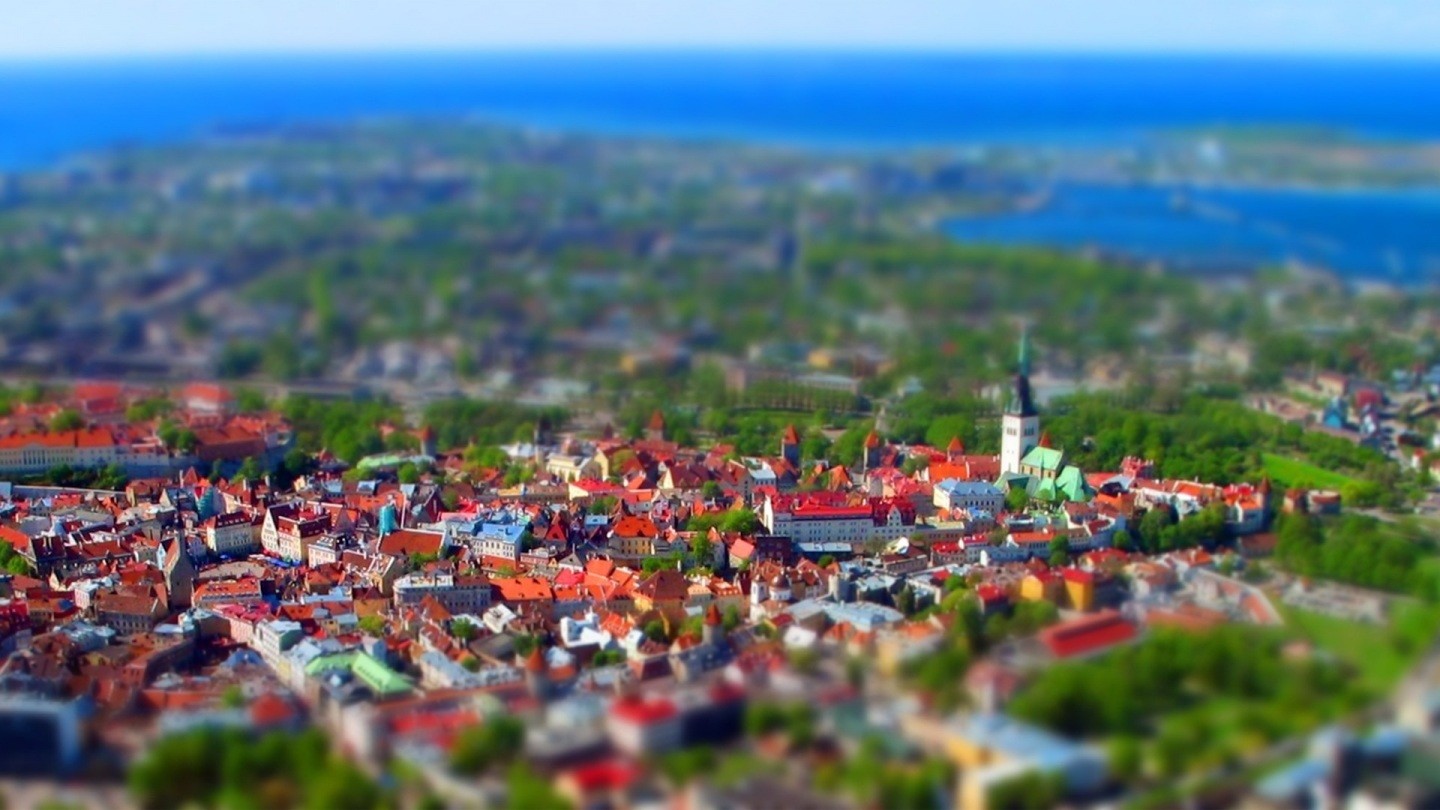 Without doubt Estonia deserves its nickname e-Estonia. The digital society. If you ever had prejudice against Estonia as a backward post-Soviet state, I have to disappoint you. Estonia is one of the most advanced e-societies in the world. That means free wi-fi almost everywhere, even in places you never would expect it, and a wide range of e-solutions. Almost everything can be done over the internet – something non-Estonians can only dream about. I always feel like entering paradise when returning to Estonia.

There is no doubt: I’ve lost my heart to this wonderful place. Nowhere in the world around can ever such a place be found.

To the beautiful old town of Tallinn with its winding alleys which lead you to places full of magic and take you on a journey through time. Where you feel the spirit of medieval times and smell the scent of sweet chestnuts and garlic capturing the whole old town. Rest for a minute at Raekoja plats (the town hall square) to watch the frenzy of activity or catch a glimpse over the old town and the city centre from the viewing platform on Toompea. Or go for a walk at the promenade along the seaside. 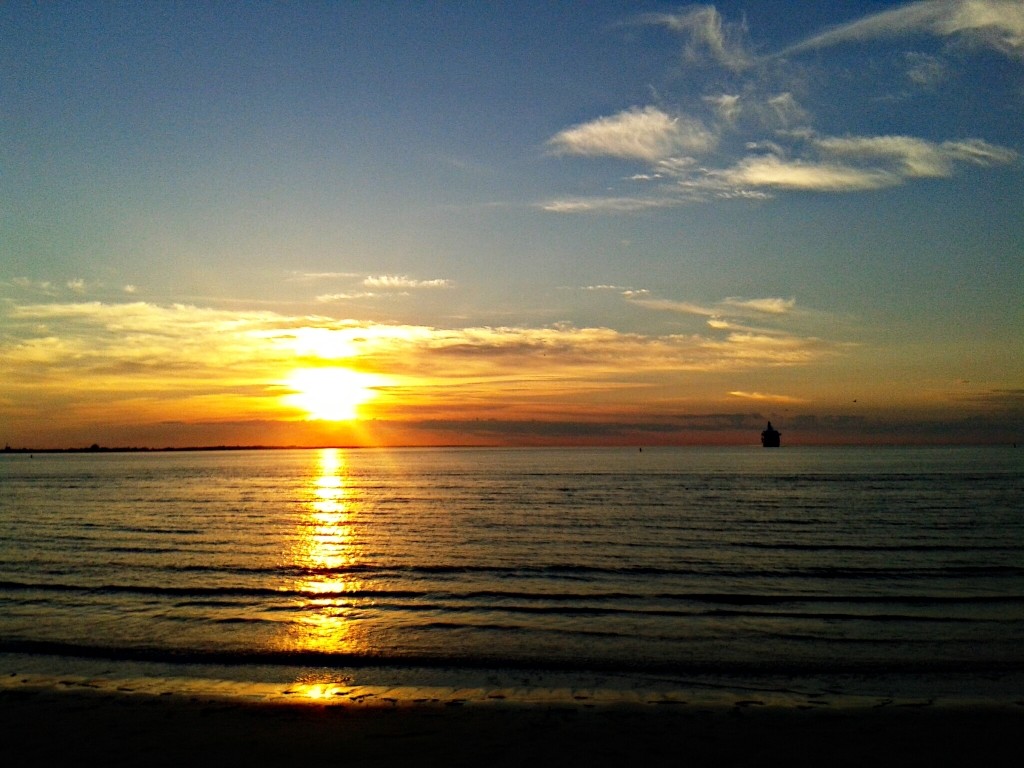 I’ve never felt as free and unworried as when going for a run along the seaside, watching the sun set into the sea, seeing the town’s silhouette in the distance, breathing the salt-breeze. The view across the bay makes you dream. Dreaming of a better world. Here, it seems to be possible. The city arouses longings and can fulfil them.

It is a city for those who are searching for that kind of special something, a subtle charm.

If you are, take a trip to Tallinn and experience it for yourself. I promise, Tallinn will never disappoint you!

For now, I have to go. But I will return. Over and over again. This is a promise!

Originally from Germany, Katharina Sowa has lived in Tallinn for almost five years. Currently she works at Pipedrive as a Content Production Manager for German, and she also runs her own small company. In her free time, she loves running, travelling, reading, making music and writing poetry.

4 thoughts on “An etude to Tallinn”