Idioms are not to be taken literally, and are particular and peculiar to any given language. But if one tries to translate idioms between languages, for example from English to Estonian, confusion and amusement ensue.

Although there might not be a slice of Gouda within several kilometers, in English speaking cultures, photogenic situations are typically accompanied by the phrase “say cheese.” It’s just a trick of the photography trade. Uttering and drawing out the word cheese – cheeeeeese – physically pulls the face muscles into a smile-like shape. Or, maybe some find the concept of cheese hilarious. Either way the photographer succeeds in getting the subject to look happy in front of the camera. 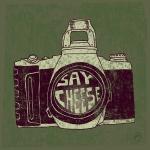 Try the same trick in Estonian and you’ll end up with a bizarre photo. That is, unless you want your subject appearing to whistle or kiss the camera.  Juust just doesn’t cut it (phonetically, a soft “j” – youst). You just tried it out loud, didn’t you?  Juust. Juuuuuust. Did a coworker or family member see you? Is she shaking her head? Maybe she thinks you’re a few cheese võileibad (sandwiches in Estonian – Editor) short of a picnic?

Take for example the English expression “from a to z.” Using that phrase means you are including every aspect of the subject – the whole thing.  But there are no Zs in the Estonian language – zero, zilch. So, we’d have to settle for “a kuni ü.” Which might work. After all, who doesn’t like a well-placed umlaut on their vowels?

Some idioms will almost translate, but there’s just a slight mismatch between verb forms. The Simpsons, an American adult cartoon with global notoriety, popularized the phrase “don’t have a cow” when we want someone overly excited to calm down. But the “have” is the tricky part here. It has the right feel in English, but the verb is somehow lost in translation. Probably the closest conformity of intent is “ära sünnita lehma” or “don’t birth a cow.” Which, admittedly, produces a much funnier mental image.

There are of course many idioms that will directly translate word for word. But will they draw a blank stare in return? If I want to “chew the fat” (näri rasva) it means I want to engage in small talk. If I said the same to my house-party hostess in Tartu, would she instead skip the chit-chat, shrug her shoulders, and bring me a piece of grizzle on a plate?

“Kick the bucket” (löö ämbrit jalaga) is an English idiom for dying. I’m not sure whether this one is used in Estonia. I guess I could find out by calling a relative in Tallinn to say that a neighbor kicked the bucket. If the person on the other end of the conversation begins giggling instead of sobbing, I’ll have my answer. “Oh, there goes my crazy neighbor again – probably had too much vodka and is now kicking buckets…”

“Spilled the beans”(maha voolanud oad) could be another problematic idiom. I’m sure you see where this one is going.  In English the phrase signifies that a person gave up a secret. In Estonian it might be a signal for a broom and dustpan.

If you don’t understand something – particle propulsion physics, stock derivative indices, or maybe the directions to assemble IKEA furniture – you might say “it’s all Greek to me.” For those whose first language is English and their second or third is not Greek, this is a clear signal that you don’t comprehend. But with Estonian arguably being a more difficult language to master than Greek, what should native Estonians say? Maybe, “it’s all Cantonese to me” (see on kõik Hiina keel mulle)?

There are countless other English to Estonian idiosyncrasies; too many for the space allotted in this piece. Heck, there are plenty just between American English and the Queen’s English. And of course they work in reverse as well – from Estonian to English. But I’ll save some subject material for a future article.

For now, suffice it to say that’s why we call them “foreign” languages.