Astronaut Nicole Aunapu Mann, whose grandfather was Estonian, is due to take her first space flight onboard the Boeing Starliner in 2019.

NASA, the United States National Aeronautics and Space Administration, introduced on 4 August the first US astronauts who will fly on an American-made, commercial spacecraft to and from the International Space Station. The endeavour will return astronaut launches to US soil for the first time since the country retired its aging space shuttles in 2011.

The space agency assigned nine astronauts to crew the first test flight and the mission of both Boeing’s CST-100 Starliner and SpaceX’s Crew Dragon. Among the three astronauts selected for Boeing’s Starliner test flight is Nicole Aunapu Mann – a California native whose grandfather, Helmuth Aunapu, emigrated to the US from Estonia just before the Second World War. This will be her first trip to space.

A possible mission to Mars

Mann, a lieutenant colonel in the US Marine Corps, graduated from the US Naval Academy in 1999 before earning a degree in mechanical engineering at Stanford University in 2001. She then served two combat tours, flying 47 combat missions in F/A-18s (a US combat jet) as a fighter pilot over Iraq and Afghanistan.

In 2013, she was one of the eight candidates selected from more than 6,300 applicants to train as an astronaut for NASA, and the agency later announced Mann could be one of the first astronauts sent on a mission to Mars.

“The men and women we assign to these first flights are at the forefront of this exciting new time for human spaceflight,” Mark Geyer, the director of NASA’s Johnson Space Center in Houston, said in a statement. “It will be thrilling to see our astronauts lift off from American soil, and we can’t wait to see them aboard the International Space Station.”

The Starliner to launch at Cape Canaveral

The Boeing Starliner is designed to fit up to seven astronauts, although the configuration could change depending on how much cargo the spacecraft would carry. The Starliner has a diameter of 4.5 metres (15 feet) and a length of five metres (16.5 feet), which includes the service module. The spacecraft will launch aboard an Atlas V rocket from the Space Launch Complex 41 at the Cape Canaveral Air Force Station in Florida. 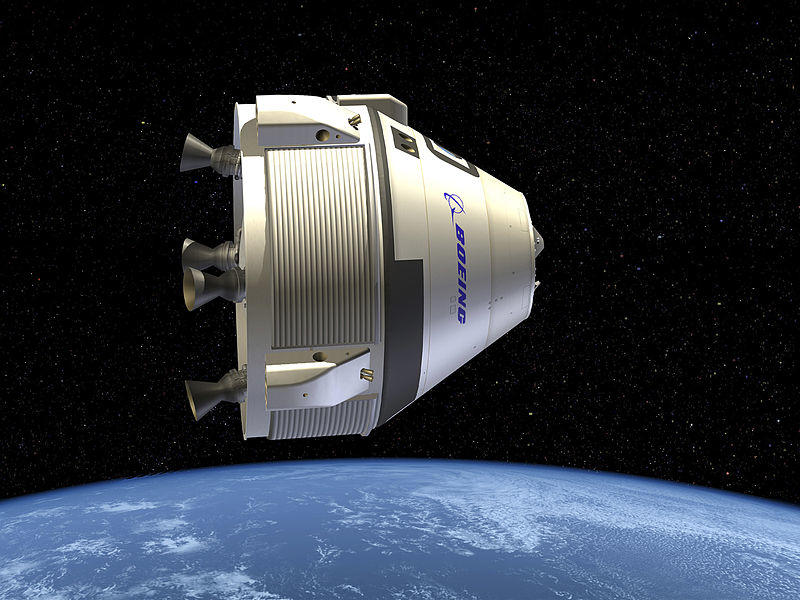 Cover: Nicole Aunapu Mann (in the middle) with Eric Boe (left) and Christopher Ferguson, the test crew selected by NASA for the first space flight onboard the Boeing Starliner (courtesy of NASA).