Lisa and Kristen Dobbin are two Canadian-Estonian girls with an Estonian mum and Canadian dad. They were born in Canada, but in 2012, inspired by their Estonian grandmother, decided to take a trip to Estonia and discover more about the country and its “secret language”. This is the first part of their story.

We moved to Estonia partly to escape the monotony of our desk jobs in Toronto, but mostly because we idolised our Estonian grandmother – our vanaema – and wanted to become a little more like her.

What we knew about Estonian culture was passed down to us through our vanaema. We loved to visit her home on Sundays to eat gargantuan portions of Estonian food: pierogies (pirukad), sauerkraut soup, pork roasts, and potatoes with dill. Beside the railroad tracks, in vanaema’s cozy bungalow, our mother, uncle, and grandmother spoke to each other in a secret language, while we, with our Canadian father, quietly enjoyed dessert: apple pie and kringel with coffee.

We celebrated Christmas on December 24th, rather than the 25th, and ate blood sausage to ring in the New Year. During the holidays, vanaema’s Christmas tree was decorated with beautiful white crochet ornaments in the shape of snowflakes, and a warm light emanated from the Scandinavian star hung in the window.

Vanaema was a proud single mother who worked as a seamstress at Creed’s department store. She was beautiful, well-dressed, and had impeccable posture. She told us stories about her escape from Estonia by boat during the Second World War, in a moment between the German and Russian occupations. From her tiny coastal town of Aseri, on the Baltic Sea, vanaema traveled to Finland, where her group of weary runaways were given sandwiches, and told to find safety from the Russian army in Sweden. After nearly two weeks at sea, our vanaema reached Stockholm.

Over the next few years, she married an Estonian man who came from the village of Purtse, and they set up a home together. But in the aftermath of World War II, they became worried about being deported from Sweden back to Soviet Estonia. And so, seven years after arriving in Stockholm, our vanaema, her husband, and their two young children traveled by boat to Toronto, Canada. A few years later, her husband died in a tragic construction accident working on the Victory Soya Mills site, located on Toronto’s eastern waterfront, and vanaema raised her two young children on her own.

The story of our family’s immigration is by no means unique. Nearly 14,000 Estonians arrived in Canada in the period between 1946 and 1955, many of whom would likely tell a similar narrative. The Estonian community in Toronto is tightly-knit. The descendants of the diaspora begin language courses together as children, practice folk-dancing, sing in the Estonian choirs, and work at the Estonian summer camps as young adults. Always on the fringe of this community, we felt a little ashamed when Estonian-Canadians asked if we’d visited the homeland or spoke the language. 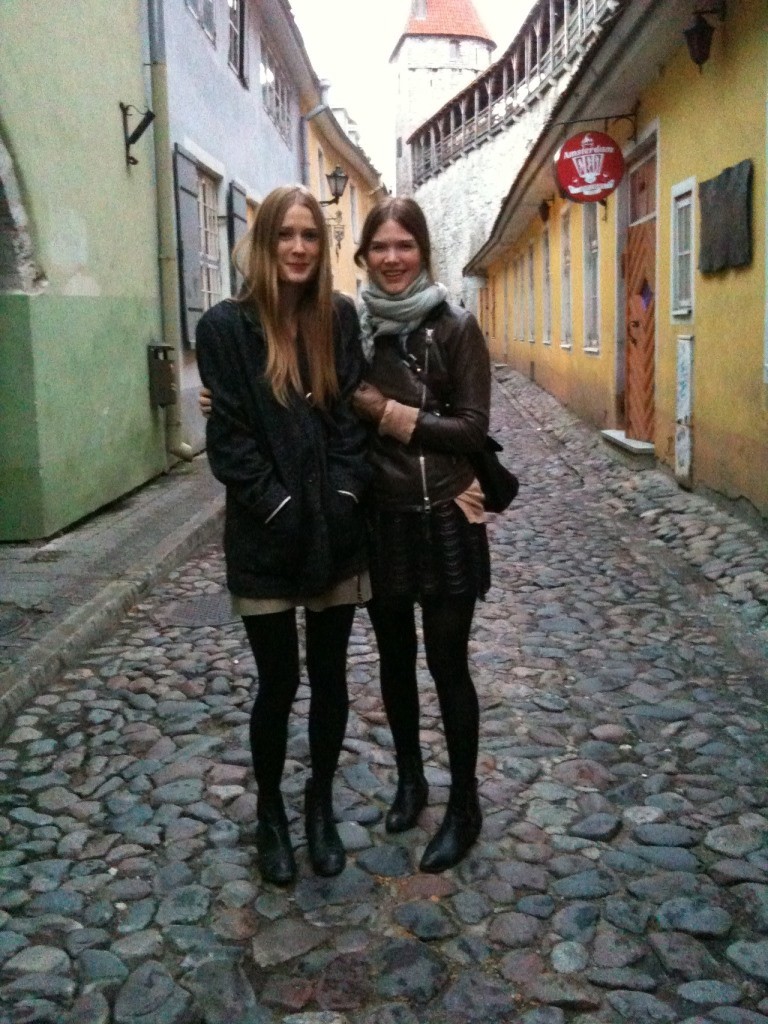 In 2009, we were successful in applying for Estonian citizenship (read: EU passports!), and began to plan a trip. We waited until we both completed our master’s degrees, and then moved to Tartu, Estonia’s second biggest city after the capital, Tallinn. We are now happily immersed in Estonian culture, spending time with relatives, taking a language course, and learning everything we can about traditional and contemporary life here.

Our collaborative writing project, Estonian Lessons for Beginners, is both a travel narrative and a personal reflection on diaspora identity. We are approaching our time here like a thorough research project, albeit with a more explicit personal investment.

Trip borne out of respect for our Estonian vanaema

Over the last few months, we’ve traveled to all corners of the country. We’ve visited the orthodox churches of the Russian “Old Believers,” stood on the beach where our grandparents fled from the fast-approaching Soviet army, attended an Ussimaarjapäev (St. Mary’s Snake Day) celebration in a small Seto community, knocked on our grandmother’s cousin’s door in Aseri, walked through a terrifying Soviet-era prison, drank holy water at a Russian monastery, jumped into icy water from a floating sauna on Lake Peipsi, peered across the Narva river to Russia, and eaten as much must leib (the black rye bread beloved by Estonians) as our bodies can take.

What brought us to Estonia was our admiration of our vanaema. We hoped that in the process of researching our family history, we might acquire some of the integrity, warmth, and adventurous spirit that she so expertly demonstrated. While our trip was borne out of deep respect for her, our experiences have given us a sense of grounding and cultural pride beyond our expectations. Though we would still consider ourselves beginners, we certainly feel more Estonian than ever. 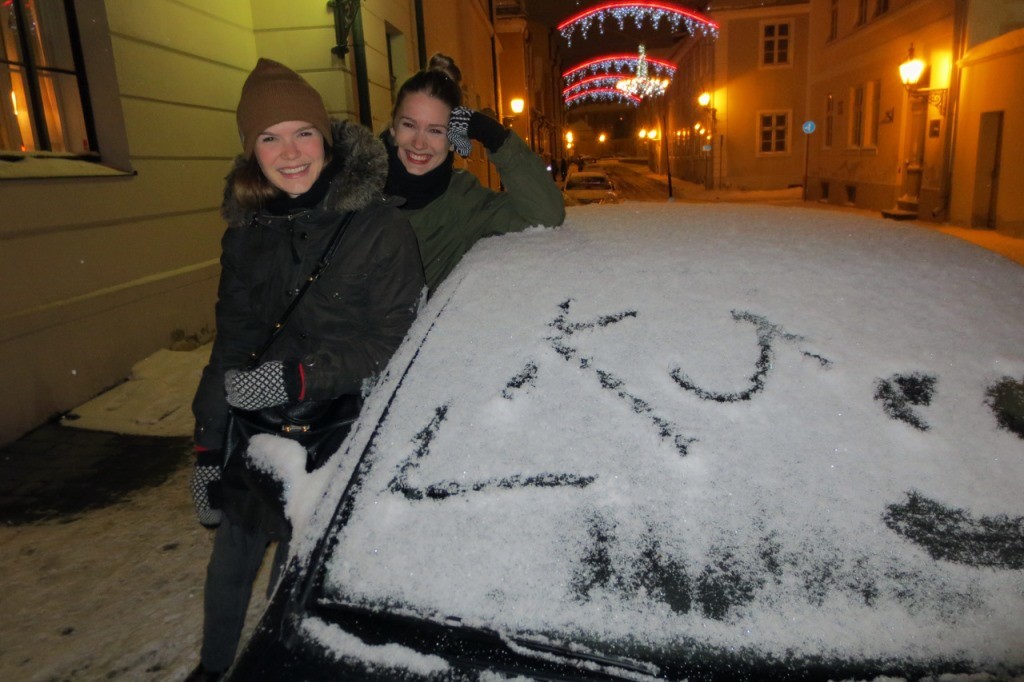 This is the first article in the series Estonian Lessons for Beginners. It was first published by The Proof newspaper, based in Chicago, the US, in 2013. Cover photo: The coastline that links Lisa & Kristen grandparents’ villages of Aseri and Purtse, and the place where their grandparents escaped Estonia by boat during the World War II (image by Kristen Dobbin).

6 thoughts on “Lessons in Estonian culture for beginners: an introduction”