At the risk of stating the obvious, Estonians aren’t a particularly happy nation, scoring only 63rd in the world, according to the World Happiness Report 2018; and in a stark contrast, the world’s happiest nation lay only 50 miles to the north.

The World Happiness Report 2018, published a few days ahead of the World Happiness Day, celebrated on 20 March, ranks countries on six key variables that support well-being: income, freedom, trust, healthy life expectancy, social support and generosity. It is annually compiled by the Sustainable Development Solutions Network for the United Nations.

According to the report, the happiest countries in the world are Finland, Norway, Denmark, Iceland and Switzerland. In this comparison, Estonia’s 63rd spot in the ranking is a rather sad contrast with its closest neighbour. 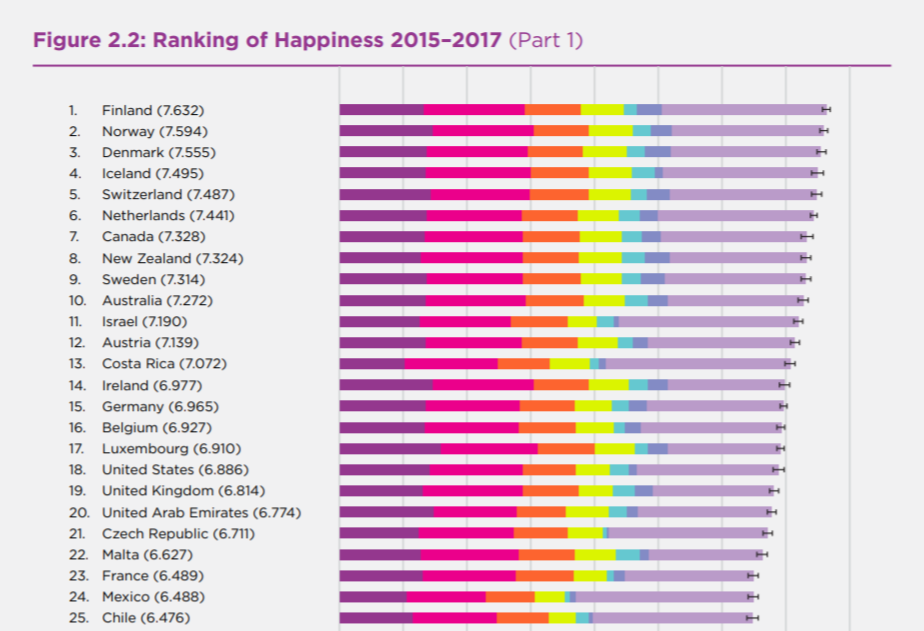 Immigrants in Estonia even unhappier

“The top five countries all have almost equally high values for the six factors found to support happiness, and four of these countries – Denmark, Switzerland, Norway and now Finland – have been in first place in the six World Happiness Report rankings since the first report,” the report’s co-editor, John Helliwell, a professor emeritus of economics at the University of British Columbia, said in a statement.

A special focus of this year’s report was the happiness of immigrants in the ranked countries. As it turns out, in general, the happiest nations also have the happiest immigrants – Finland, Norway and Denmark also top this list. However, when it comes to Estonia, the immigrants’ happiness ranking puts the country even farther – at 74.

“Although immigrants come from countries with very different levels of happiness, their reported life evaluations converge towards those of other residents in their new countries,” Helliwell noted in the statement. “Those who move to happier countries gain, while those who move to less happy countries lose.”

The World Happiness Report also draws a direct correlation between the countries’ happiness in general and the immigrants’ happiness. “Looking at the 10 happiest countries /…/, they have foreign-born population shares averaging 17.2%, about twice that for the world as a whole,” the report says. “For the top five countries, four of which have held the first-place position within the past five years, the average 2015 share of the foreign-born in the resident population is 14.3%, well above the world average. For the countries in 6th to 10th positions in the 2015-2017 rankings of life evaluations, the average foreign-born share is 20%, the highest being Australia at 28%.” 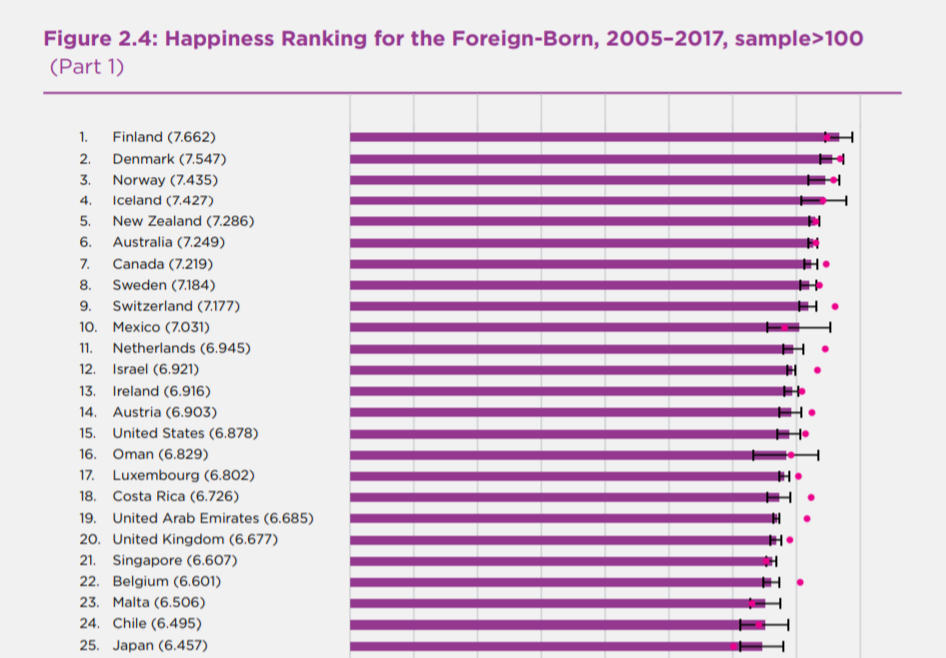 In terms of the nation’s happiness, Estonia’s southern and eastern neighbours are faring slightly better – Lithuania is ranked 50th, Latvia 53rd and Russia 59th. When it comes to the happiness of immigrants in these countries, Russia is ranked 51st, Lithuania 71st and Latvia 85th.

The World Happiness Report is an annual publication, compiled since 2012.