In “Expats corner” we catch up with foreigners who live or have lived in Estonia, to find out what they really think of the country. Adrienne Warren is a Tallinn-based research journalist, working for Warsaw-based portal Eastbook.eu.

Adrienne, what brought you to Estonia?

I originally came to Estonia for university, to study International Relations at Tallinn Technical University. I was studying at the University of Edinburgh at the time, but I was eager to get out of the UK, and wanted to go to a place where my focus on EU law and Russian would be applicable. I found out about an English language course in Tallinn, and on a hunch, applied and got accepted to finish my degree in Tallinn. And, in the end, I loved it so much that I stayed.

I had heard of Estonia once before, as a teenager. A friend from the UK had visited Tallinn and said in passing that it was well worth a visit. Before that, I hadn’t even heard of the country, and had no idea where it was.

I remember going home to find out more and listening to snippets of the Estonian language, which sounded more foreign to me than anything I had ever heard before. From pictures it looked like a town in a snow-globe, or a medieval tale. So, I guess my preconceptions weren’t completely wrong.

When I moved here for university, I had never been before – not even for a visit. So, it was a bit of a leap of faith. To be honest, I was pretty nervous about the whole thing. So my first impression when I saw Tallinn was one of relief – it was really beautiful and easy to get around. I didn’t feel as foreign as I expected. I arrived in late summer, which surely helped. I felt confirmed in being here, and that it hadn’t been a huge, misguided mistake. As soon as I met people and the place became real to me, I knew it was an instant fit.

I have found it very easy, actually. I’m still not as integrated, 5 years later, as I would like to be, because of I am not in any way proficient in the local language. But, in terms of the infrastructure and systems in Estonia – everything is so simple. I was born in Arizona, but growing up my family moved a lot. I have lived in 7 other countries (the US, England, Scotland, Spain, France, Ireland and Croatia) and I can say with conviction that Estonia is by far the easiest place I have ever lived in terms of administration and getting established. It’s all very logical, progressive, and most of the time you can achieve whatever you need to online. I was dreading the bureaucracy when I first moved here – I still have yet to encounter any. For me, getting things done is remarkably simple, and that makes me feel instantly part of things in ways which are important to me.

Ei,vabandust…it’s a work in progress. It doesn’t help that English is so widely spoken here, and to such a high level. I also studied and now work in English, so the immediate necessity was never there.

I have a mix of everybody. Estonians, Russian-Estonians, ex-pats from a wide variety of countries. It’s amazing actually who you find in Estonia – and in the last year I have seen an even wider diversity of people living here. It is wonderful to see.

“The people here are commonly reserved in the beginning, but not far beneath the surface I have consistently found warmth, friendliness, and a strong desire to be helpful.”

I have found it easy to befriend pretty much everyone. It takes time, of course, but I have never found Estonian people to adhere to the tired clichés about unfriendly, cold Northern Europeans. They are commonly reserved in the beginning, but not far beneath the surface I have consistently found warmth, friendliness, and a strong desire to be helpful.

What do you do now in Estonia and do you feel that it’s a right environment for you, professionally speaking?

I work primarily as a journalist for Eastbook.eu. An NGO based in Warsaw, Poland which mainly covers the Eastern Partnership countries, their development, and their relations with the EU. I am more or less the Baltic correspondent, who reports on issues pertaining to this region in particular. 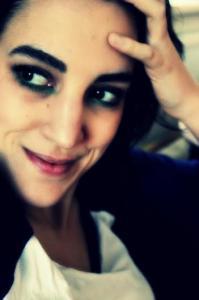 I think it is the ideal environment for me professionally. Aside from the fact that I am writing about the Baltics, so it makes sense, I also find again that the Estonian system is so open. You can approach institutions quite easily to speak to them, promote ideas, share concepts – and they are receptive to listening, offering insight, and helping in any way they can.

I am working now on developing an Estonian policy institute, which will analyse Estonia’s development, and the ways in which it has been successful – as a potential tool for helping other developing nations in the region who come from a similar recent historical past. In many ways, Estonia’s achievements have been staggering in the last 20 years – and it shows that the past does not have to hinder a nation and its peoples from flourishing.

In taking this idea to various institutions I have found a huge amount of support and encouragement. Perhaps I have just been lucky, but I have found that if you want to be heard in Estonia, there are many people who will listen. I think this is very special.

Estonia has been open for change for over twenty years. What do you feel has changed the most since you moved to Estonia?

I have been here for almost 6 years, so I have witnessed only a small fraction of that change. But, I think you can see it on a daily basis in some obvious ways – there is a lot of construction going on and a huge amount of building renovation taking place all over the city of Tallinn. A lot more investment is taking place, and since Estonia is one of the few countries that has been rewarded by the next EU budget, I imagine that will only continue. It’s exciting to see. In addition to that, as I mentioned before, I see more and more diversity in the city of Tallinn – which is also a wonderful thing, in my opinion.

The only qualm I have with life in Estonia is the cost of living versus the average salary. It’s not an entirely easy life here in that sense. I am often really surprised at how expensive things can be when compared to how much people actually make. There are some things which are still relatively inexpensive compared to other European capitals – often if you know people, especially. For example, rent prices can be very low, compared to the UK, where I would easily pay 3 times as much as I do and have at least 3 roommates. As it is, I can afford to have my own place, and what I consider to be one of the nicest areas of town. However, I find food and clothing prices very expensive – in fact, I often wait to buy clothing for when I’m visiting my family in the UK, because it is much cheaper.

“The only qualm I have with life in Estonia is the cost of living versus the average salary. I am often really surprised at how expensive things can be when compared to how much people actually make.”

But, I can’t complain too much personally, because I chose to be in Estonia over other places, like the UK for example, where I know I can make more, but I find the lifestyle far more challenging in other ways. I might be a bizarre case – but at the end of the day, I would take a smaller pay check for a life I prefer in all other ways.

What should be done differently in how the country is being run in your opinion?

This is a difficult question for me to answer, as a dyed-in-the-wool Estophile. There is one issue which I am consistently surprised to see Estonia’s poor ranking in, and that is gender equality issues. Though it is not the issue of any individual’s administration, or necessarily referring to “how the country is being run”, but I think it’s an issue which deserves a lot more attention. In an Eastbook.eu infographic recently, it was shown that Estonia is really shockingly behind when it comes to the Gender Gap – Latvia is 12th in the world, and Estonia was 59th, behind the so-called “developing” countries, like Moldova. In this sense, Estonia has a long way to go.

I am perhaps, again, in a privileged position, because the company I work for is based in Poland, and is run by young people, who are my peers and friends and there is no hierarchy in the traditional sense. I feel my voice and opinion is given equal weight, regardless of my position or my gender.

“There is one issue which I am consistently surprised to see Estonia’s poor ranking in, and that is gender equality issues. In this sense, Estonia has a long way to go.”

However, I have friends who are specifically dedicating their careers to improving gender issues in Estonia, and they have shared some shocking facts with me, which really opened my eyes to how behind things are here, but even more than that, how much dialogue about these issues has been obscured. It really isn’t talked about enough.

I know there are a growing number of initiatives to combat the disparities in rights between men and women, but in my opinion, other topics are still taking precedence.
I often comment that Estonia is the closest thing to a country composed solely of women I have ever seen, with what seems like a huge majority over men – with that in mind, especially, it is crazy to think the rights of the majority are not equal.

Would you consider staying permanently in Estonia or are you planning to return to your home country?

There is nowhere I would rather be. 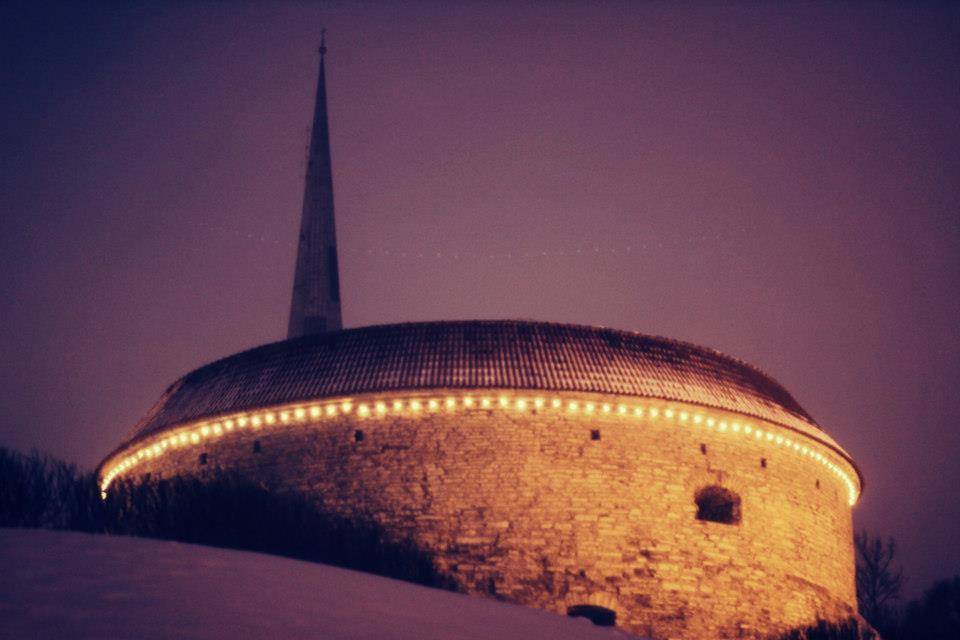 2 thoughts on “Expats corner: Adrienne Warren from the United States”