In “Expats corner”, we catch up with foreign-born residents who have made Estonia their home, to find out what they really think of the country. Carlos Ivan Vargas is the president of the Mexican Talent Network in Estonia.

Carlos Ivan Vargas is an energetic and a tech-savvy doctorate student from Mexico City. Apart from studying, he works as an e-government specialist at an Estonian company. Vargas is also the president of the Mexican Talent Network in Estonia, an organisation that helps with the bilateral cooperation in education, research, cultural events and business development.

An admirer of Estonia and its society, in his free time he collaborates with the e-Estonia showroom by giving presentations.

Carlos, what brought you to Estonia?

The e-government model of the country was my master’s thesis study case. Therefore, when I decided to continue my studies for PhD, I took Estonia as a candidate jointly with South Korea. At the end, I chose Estonia. It has been one of the best decisions of my life.

As the country was part of my master’s research, yes, I had heard about the country previously. But before that, I just recall the name of “Estonia” as a name I had to learn for geography class. Also, even though I studied the Estonian e-government, I did not know much about the country itself nor the culture in it.

My first impressions were the best. I arrived during the only week of perfect weather that Estonia has in the summer. People were friendly and welcoming. I recall losing my wallet on one of the first few days of my arrival; a taxi driver returned it with all my money inside. That was so impressive that it immediately made me respect the Estonian society.

The integration to Estonian society is a slow process. I have lived here for over two years and it’s still ongoing. Estonians keep saying: “It is difficult and takes time to make friends with an Estonian, but once you do, you have a friend for life.” For me, it’s a difficult statement to understand, as I was used to make friends fast and they have been there ever since. Yet, the friends in Estonia I have managed to make in two years are proof of this Estonian saying. 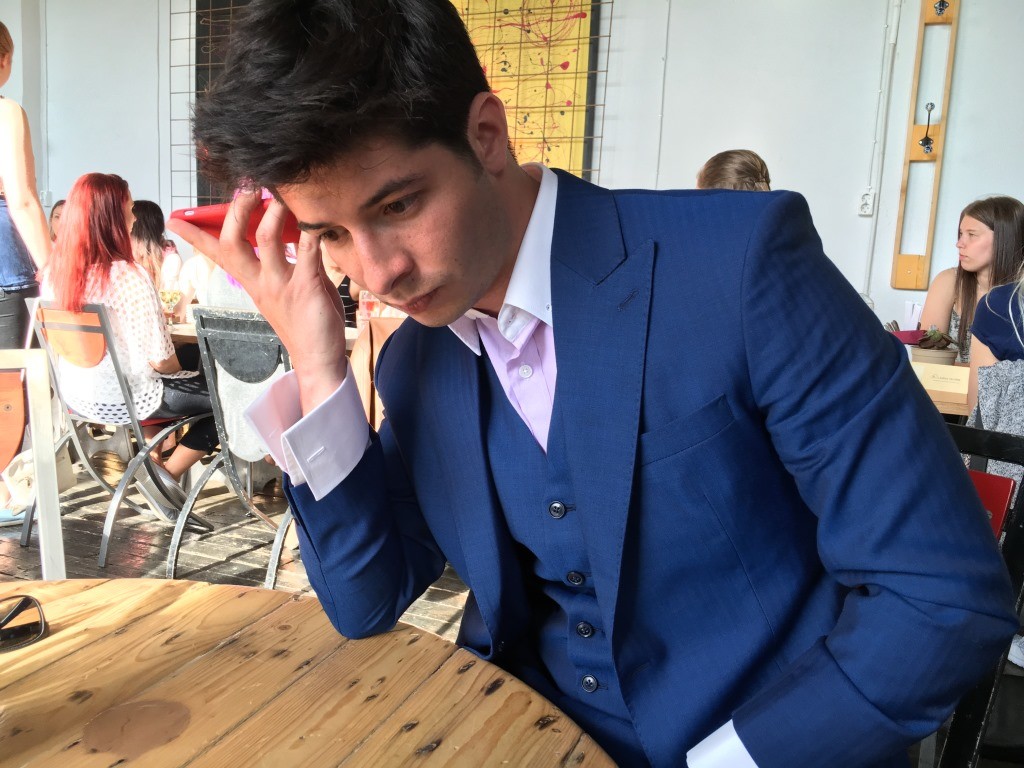 Also, it has been difficult to learn all the unwritten social norms in Estonia, like, “do not talk too much”, or “do not establish a physical contact to show joy”, among others. Especially considering I come from a culture that is identified for being like that.

I have certainly tried to. Although, because of work I am often absent. Therefore, keeping track of the courses and classes seems to be difficult. It is, of course, a great shame for me to not be speaking fluently by now. As Estonia has given me so much, the respect that I have to it and its people demand me to learn the language.

As previously said, it is hard to make an Estonian friend, but that does not stop me. It is from time to time when I switch social circles. During the spring and the summer, I have more contact with Estonians, but as soon as the winter is approaching, they all slowly start to disappear. In order to not get hit strongly by the winter depression, I tend to hang around more with the expat community.

In the professional and academic area, Estonia couldn’t be better for me. I have the fortune of being employed in the same field as my studies. This gives me the opportunity to meet and make informal interviews more frequently than I expected. 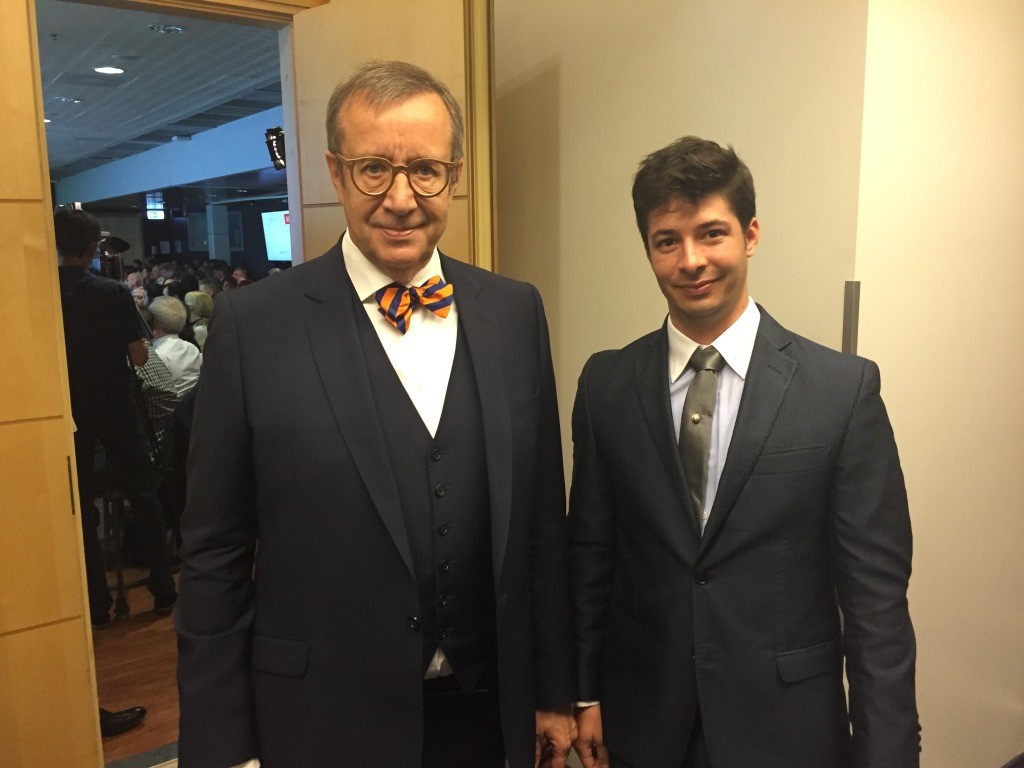 Also, I have managed to meet the key actors of the Estonian technological development, such as the former president, Toomas Hendrik Ilves.

What do you like the most about the country?

There are several things I admire of Estonia, so making a list would be hard, but not impossible. I admire the education, respect and importance that Estonians give to personal independence. I am surprised that Estonians are a remarkably productive society while facing the natural weather conditions in the region. Also, the lack of religious fanaticisms and the deep connection that Estonians have with nature and their environment is something that keeps amazing me.

Would you consider staying permanently in Estonia or are you planning to return to Mexico at some point?

I believe Estonia is a good place to settle. In Estonia I have had the opportunity to successfully develop my professional and academic career, with the major plus that I belong to an organisation of Mexicans (the Mexican Network Talent in Estonia) that is fighting brain drain, so I can remain in Estonia while applying my knowledge and helping Mexico. The opportunities that Estonia has to offer in matters of making business, public and private services, education or nature puts it on the top list of countries to live; it even makes you forget about the hard weather. So, yes, if possible, I would love to stay in this amazing country.

When you tell about Estonia to a complete stranger who has not heard anything about it in your country or region, what are the things you point out, or the story you tell them?

One of the first things to mention is the cold winters and how life is under the snow and the darkness for a couple of months in a year. How can a person fight winter depression. Or as a fun fact, how Estonians become amazingly social in sauna. 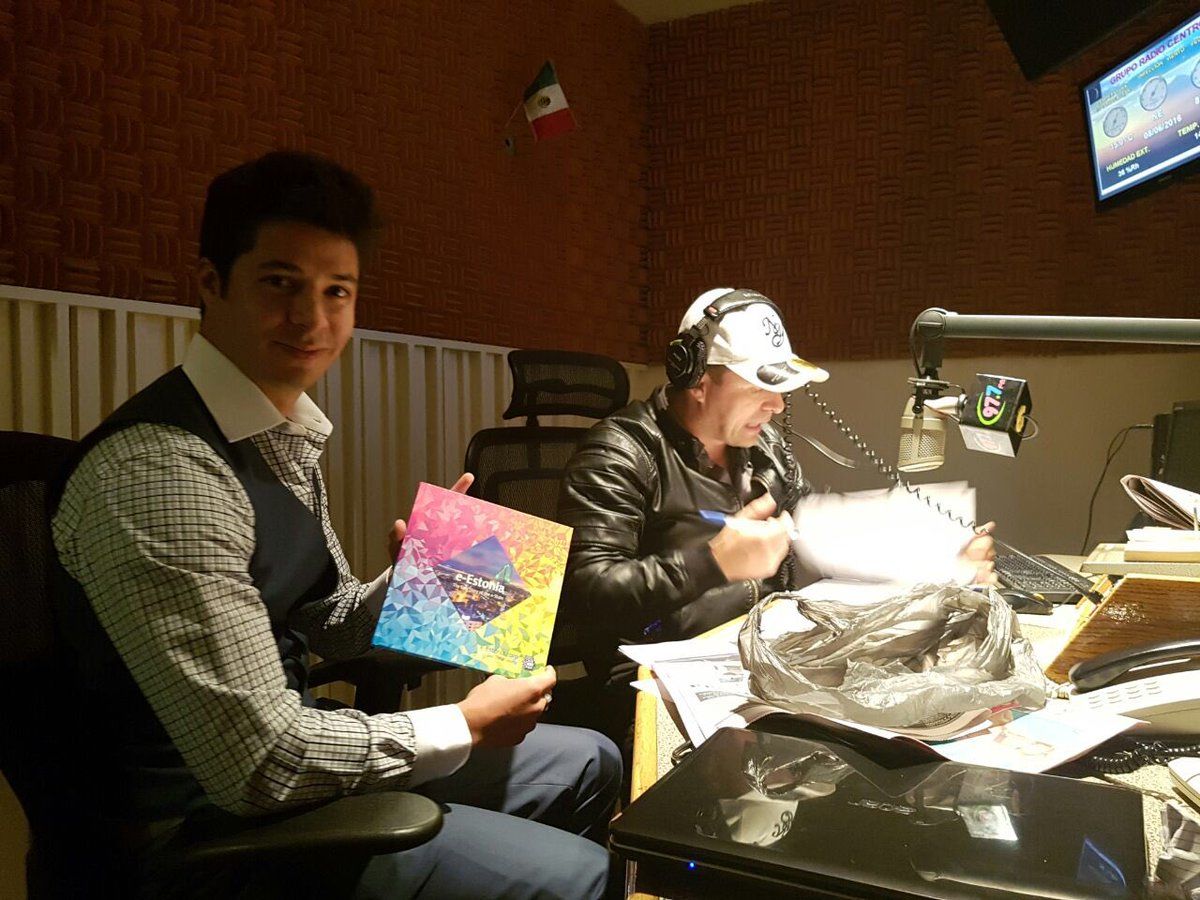 But going deeper, I always talk about Estonia as an example of how things should be done. After the Soviet Union collapsed, the country had to face a complete renovation of everything, from social to governmental structures. In a couple of decades, they managed to overcome a big crisis and stablished themselves as a technological paradise. In my perspective, a lot of countries and people around the world should learn about the Estonian experience and how they manage to create something big out of adversity.