The Joint Baltic American National Committee looks back at 55 years of advocating on Baltic issues in the United States.

The Joint Baltic American National Committee, Inc, came together 55 years ago on 27 April 1961, documented by the decision and signatures of the heads of the leading national Baltic organisations. In doing so, it would combine the efforts of the three main national organisations of Estonians, Latvians and Lithuanians based in the United States. JBANC, as it came to be known, helped coalesce activities in Washington, DC, for the three national groups in order to better engage with policy makers and to keep closer to the pulse of American politics.

In organising the Baltic-American communities into an effective advocacy force in the United States, JBANC’s forefathers had the foresight to strengthen its standing and efficacy by pledging to coordinate efforts together. It was force multiplication in triplicate.

How did this come about when it came about?

JBANC was born largely of the Baltic refugees who came to America following the Second World War. It is true that the existing Lithuanian community in the US had been around much longer and was already much larger. However, the displacement of wartime European populations and the corresponding Displaced Persons Act in the US in 1948 presented an opening for a great new influx of Estonians, Latvians and Lithuanians to emigrate westward across the Atlantic to American shores. As the new wave of Baltic communities established themselves in the US, they also began to organise themselves, first societally and soon politically. By that time, the Cold War was in full swing, and Soviet threats to the West were growing. To help counter the challenges, the North Atlantic Treaty, which created NATO, was signed on 4 April 1949. 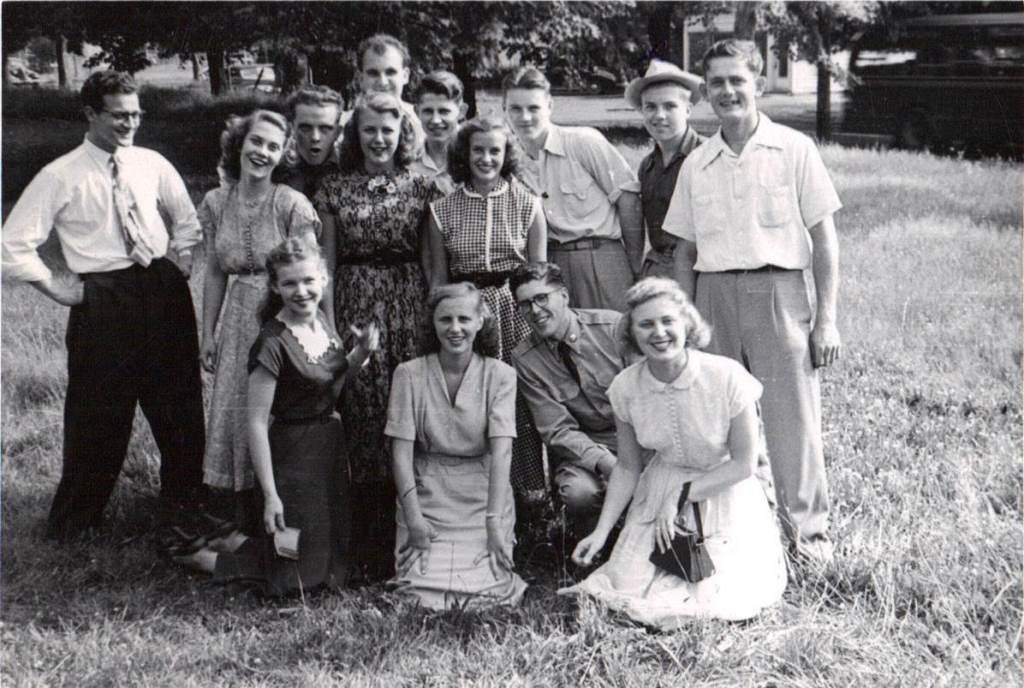 As the Baltic-American communities took root in America, a greater awareness in the United States of Soviet and Nazi crimes in Europe arose following WWII. Communist crimes in the Baltics were highlighted, for instance, during the Kersten Committee hearings in the US Congress in 1953-54. Many newly arrived Estonians, Latvians and Lithuanians were witnesses at these hearings on Soviet atrocities.

The post-war world was entering a new era in which colonial empires were being deconstructed. Instead, the opposite was true with the Soviet empire, as the communist world expanded. It became better known that the Soviets were quite prolific in lording over subjugated peoples – and quite brutally at that. With this backdrop, a Captive Nations movement arose in the 1950s to shed light on the over 30 nations that were behind the Iron Curtain, including the Baltic countries. When JBANC was established in the spring of 1961, citizens of East Berlin had been fleeing to the West, and only a few months later the Berlin Wall was erected to stop the steady drain. There was a lot happening internationally, and the Baltic countries could not be forgotten.

For JBANC’s first thirty years (from 1961-1991), the main focus was to retain recognition of the exile Baltic governments and keep hopes alive for one day achieving the goal of seeing the Baltic countries independent again. Thankfully, during these years, the Welles Declaration remained a cornerstone of US policy regarding the Baltic countries. It was issued by the US government in 1940 and condemned the Soviet occupation of the Baltic countries, and stated the US’s refusal to recognise the Soviet annexation of Estonia, Latvia and Lithuania. JBANC, as the voice of the unified Baltic-American communities, helped inform US policymakers on developments in the Soviet-occupied Baltics, and for the importance of standing up for this very important principle of non-recognition. 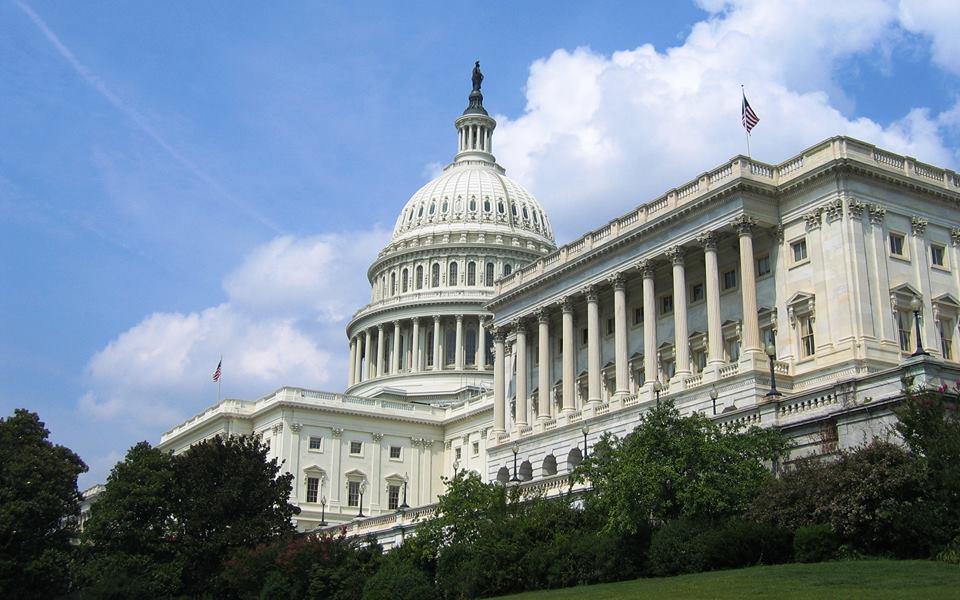 Through the 1970s and 1980s, JBANC helped raise awareness of Baltic political prisoners and the Soviet Union’s continual transgressions against the Helsinki Act’s Declaration of Principles, particularly those having to do with human rights and the self-determination of peoples. The budding nationalist movements within the Baltic nations during the Gorbachev era gave rise to renewed hopes of freedom, and Baltic-Americans rose to the occasion during a multitude of actions and political rallies in support of Estonia, Latvia and Lithuania.

When the restoration of Baltic independence was achieved in 1990-1991, it did not spell the end of JBANC and the “Baltic lobby” in the United States. For some, in order to help build new democracies back home, a number of Baltic activists moved to Estonia, Latvia and Lithuania to lend their expertise to their ancestral homelands. In the US, Baltic-Americans continued to contribute, as there were plenty of issues to remain engaged in. One key issue was the concentrated effort in the US to ensure that lawmakers remained focused on the peaceful withdrawal of the Russian armed forces from the Baltics in 1993-1994. That was followed by a nearly ten-year campaign to help bring the Baltic countries into NATO to address the security void. Without the underlying political support of that effort in the US, that would have been a tougher sell. JBANC’s efforts were crucial in that effort. 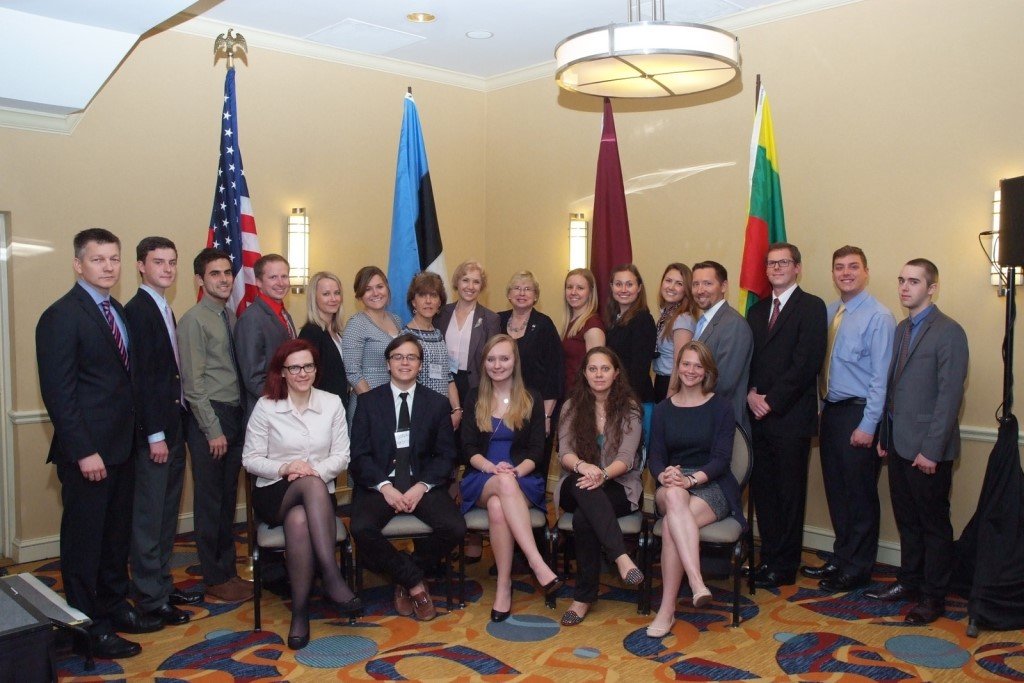 Other key areas of focus for JBANC during the past ten years have centred on human rights, democracy building, energy security, defending against Russian propaganda and disinformation, and helping support regional issues in the Central and Eastern European neighbourhood, such as helping Ukraine push back against Moscow’s continuing military invasion. We need to be up to today’s challenges in light of Russia’s increasing threats and aggression. From 1995-2015, JBANC has organised eleven Baltic conferences in Washington, DC, to discuss important issues like these. The twelfth JBANC conference is slated for the spring of 2017. These have helped bring together Baltic-American activists with the policy community and with leading political figures from Estonia, Latvia and Lithuania. In addition, annual commemorations of the 1941 and 1949 deportations and the Black Ribbon Day on 23 August remain important activities.

For Americans of Estonian, Latvian and Lithuanian descent, JBANC has remained a central place for information and policies affecting the Baltic countries and for conveying the concerns of the Baltic-American community to Congress, the White House and other US government agencies. For 55 years, JBANC has remained a unified voice and a force in advocating for Baltic issues. These efforts will continue.