Clarisse Bordonneau, a 37-year-old French woman, recently celebrated the anniversary of her first year in Estonia. She tells how the summer is the best season to more deeply discover the Estonian universe.

In France, the summer is a resting season. In southern Estonian countryside, it is the straight opposite. I swapped miniskirts, barbecues, naps and glasses of rosé for rubber boots, intensive outdoor working sessions and serial cataclysmic events.

By surviving the Estonian winter, I naively bragged that the worst was behind me. As soon as the shades of blue managed to puncture the Estonian spring, I celebrated by hurrying outside, half naked, seeking the first rays of sun. I appreciated it for hours, and then, half of my body covered in third degree burns, I was cursing the warm season at the same time. The first disaster, far from over: enjoy the “Estonian Summer Odyssey”, a three-episode saga.

I had read about an ancient Estonian belief, warning people to not touch the earth before Jüripäev (St George’s Day, 23 April)  under any circumstances. I should have understood common sense rather than superstition, in view of the severe repercussions I had to deal with. The first one was the combo freeze-snow-water. On 1 April, while my French pickaxe got stuck in the permafrost, my old Estonian neighbours’ tools were still resting in their box. I waited until 1 May to finally be able to extract the pickaxe from a metre of mud, recognising after such a commando operation many benefits of wearing waders as regular shoes. 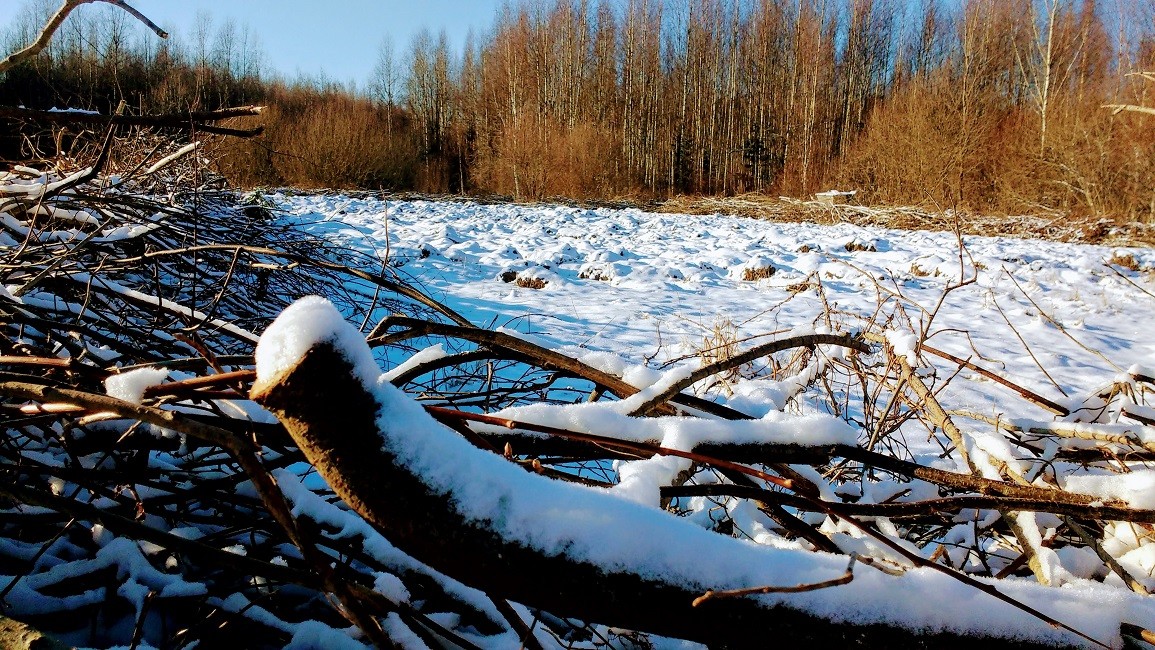 In mid-June, as my old Estonian neighbours’ greenhouse plantations looked like a jungle, my field turned into a savanna. Despite the tonnes of good soil I removed, using a wheelbarrow, nothing was showing up, bad weeds included. Finally, when five skinny seedlings decided to pop up (at this moment, I should have organised the biggest liigud [an Estonian tradition, celebrating good fortune to push bad luck away] ever), they lured the final blow: the old Estonian neighbour herself.

She reminded me my French grandma – a master chef, with sharp blue eyes glowing as a boning knife blade. The old Estonian neighbour patrolled, looking for dill and cucumbers I voluntarily forgot to seed. It was not necessary to be a mentalist to understand what she meant by nodding silently: wrong place, wrong way, wrong, wrong, wrong! Standing five-foot tall, she criticised everything – the newborn delicate French gold squash too, ditched as leftovers in the compost. 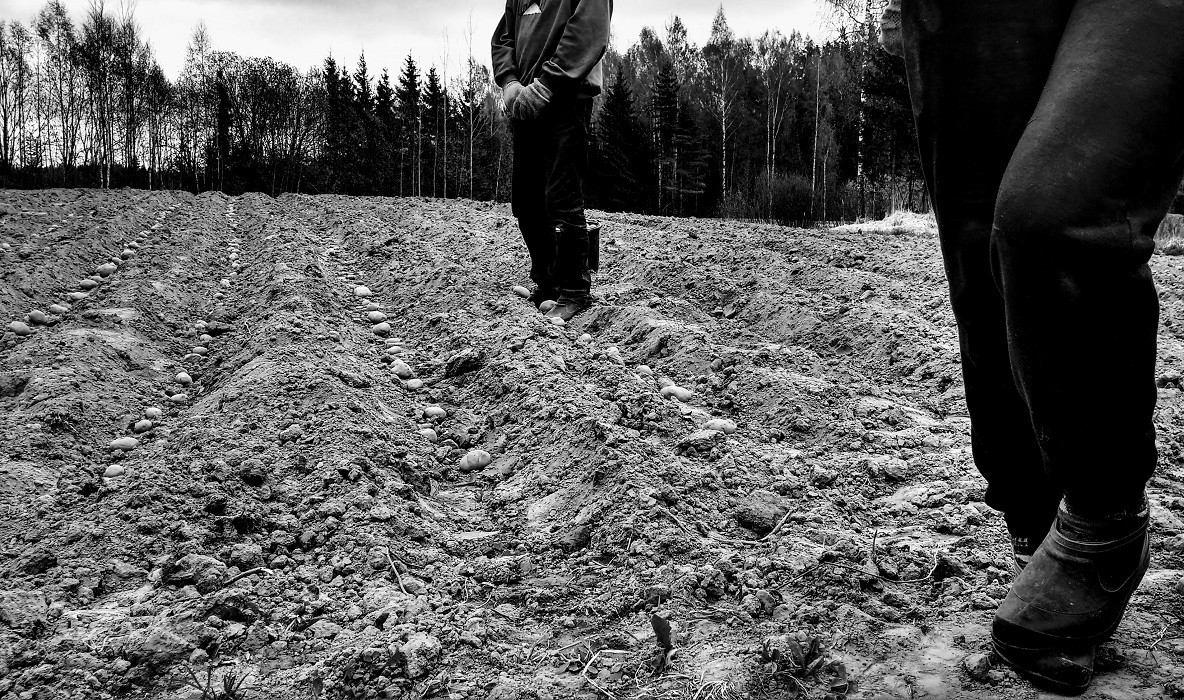 She came back the next morning, accompanied by a pumpkin taller than her, and a bouquet of dill. All in all, a fantastic experience, in terms of the great benefits I got: zero grocery store vegetables for three months, toned abs I’ve never dared to wish for, and a new grandma to annoy. The moral of the story: in Estonia, patience is the key that opens all the doors, even the most frozen ones.

Replace the birds with mosquitoes, Bodega Bay with Räpina and you obtain a blockbuster from the Tallinn Film Wonderland – “The Mosquitoes”, instead of “The Birds” from Hollywood.

In France, in the summer, courtesy obliges people to ask about the weather. In Estonia, nobody cares about meteorology; they would rather chat about entomology. Super chemical spray from Australia, super sticking oil from Malaysia, super boosted old Estonian neighbours’ citronella; nothing seemed enough to reverse the drama: my mosquito-bit nose, which now resembled an elephant’s trunk, growing faster than vegetables. As I finally dared to show it at a party, unprepared for a hundred guests inquiring about the mosquito situation at home, I seriously considered asking the French embassy for an immediate medical evacuation.

I spent the summer hunting, butchering, yelling a billion of obscenities; I almost burned the house down, brushed against a nuthouse, while 1.3 million Estonian people were spreading quietly the most straightforward weapon ever: the super ice-cube poker face, which is, in my opinion, the only plausible reason to explain Baltics’ people coldish reputation. Only by 1 November, I finally had the chance to relax by smashing the last invader (don’t brag, it’s mine). 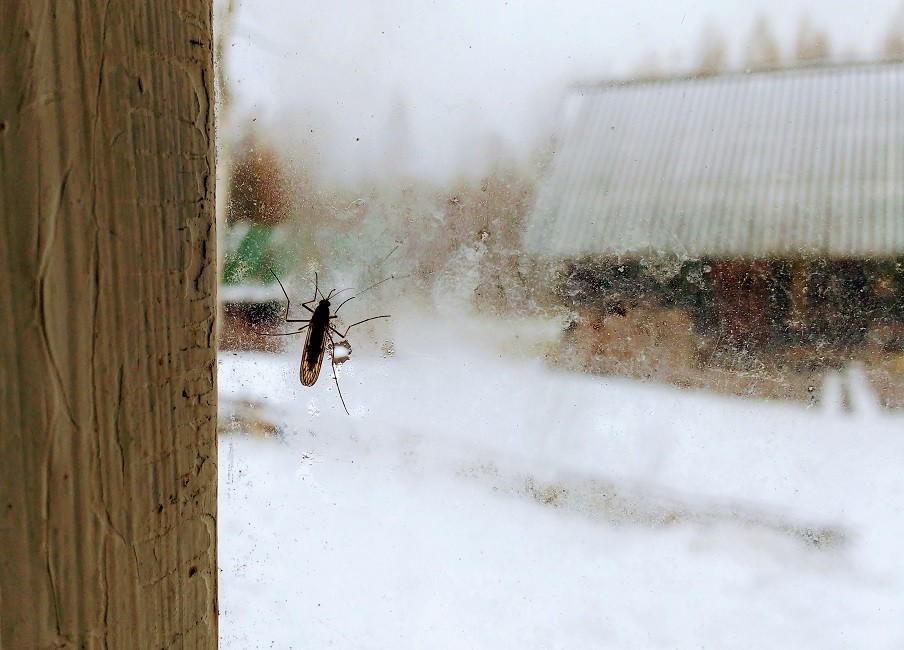 Next summer, I will adopt a new strategy: to find a super ice-cube poker face training camp in southern Estonia. Think about it. The moral of the story is this: in Estonia, surviving is all about toughness. Whatever happens, wasting your energy is as incongruous as a trumping elephant in the Siberian forest.

Have you ever driven two kilometres in reverse, on a muddy path, through torrential rain, to buy (white) bread? In France, bread is breath. It explains why, on 1 August, I suddenly decided, in spite of the tropical thunder advancing, to make a quick drive to downtown, local radio Retro FM playing at full blast. The first micro detail on my way: the tree across the road. Oops. 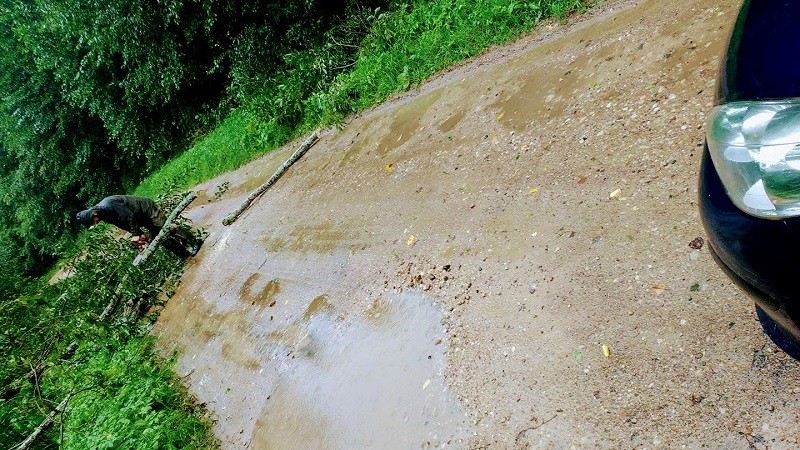 Well, let’s bring the chainsaw back and move on! Thirty kilometres of congrats later, bread attached on the back seat, the ride gets a little complicated due to the new extra perils I had to go through – landslides on the right, an Olympic-size pool on the left, the deer flying in the front, sludge all over, sauna steam to appreciate the scene.

Finally at home, drenched to the bones, I hurried to enjoy my rewards: eating a French toast and watching the infernos of nature surrounding me from the comfort of the coach. Indeed, the show was spectacular. The lightening illuminated the forest around – the trees were violently shaken by the wind, as the birches, almost lying down, were forming a figure that resembled a giant viht (the Estonian way to name branches of birch, traditionally used in the sauna for body scrubbing) to whip the gods.

Unfortunately, a drop of water, coming from the ceiling, forced me to change my plans. Ten seconds later, a massive indoor rain was filling up grandma’s casserole; an ironic punishment considering the fact that I still didn’t have running water at home. It was time for an intense outdoor working session.

I was instinctively paralysed, in contrary to my guy who had slipped on hip waders and secured, climbed the roof already, waiting my help to fix the leak. The best I was able to offer him was to follow his orders, which were as thunderous as the storm itself:

“Come on board. Immediately!” Done! But give me a minute to try to stand up on the roof, considering the asbestos deck I have to deal with.

Whereas bombing raids, stroboscopes and creaks raged, I realised that our nutshell, literally nestled in the forest, might easily sink – and both of us would be squashed just like the tiny, annoying mosquitoes. This is when I lost my mind, picturing myself as a six-foot-tall mosquito buzzing loudly, hearing, “Kiss me until the end of times” instead of “Clarisse, hurry up, there’s no time”! As you can notice, real French people are not as romantic as the characters in the 19th century novels.

A couple of hours later, imagine the picture. The house was flooded, the dirty towels were drifting; the wet and smelly dogs, lazily grounded on the sofa, munching the precious, yet ill-considered, white bread I had forgot to keep safe. Could it be worse? Yes, it could, thanks to the massive power blackout we then encountered. Fortunately, everything moved faster than I expected, because in Estonia, the power company is not procedurally oriented. Making an appointment is pointless – instead, you make a phone call and the lights go on.

The moral of the story: in Estonia, memorising a couple of phone numbers is the best shot you’ve got, all the rest is on your forest. And white bread is an addiction from hell!

I spent the second half of August to warm up the visiting French friends by giving them extra blankets and hansa (a strong home-made alcohol). I took the opportunity to learn how saving firewood is a smart move. Moreover, finding extra dry specimens is not exactly child’s play (who would have thought, in the depth of the Estonian forest?), in terms of the need to speak the Estonian language. Indeed, preparing a speech is doable, while surviving the answers is impossible. At the end, ordering burnable logs is almost the same as the French tax system: easy as pie, only if you have figured out the one-year lag.

The first summer is definitely harder than the first winter. By 1 October, I had recovered from my post-traumatic stress – the “Estonian Summer Odyssey” symptoms – by reminding myself that exploring the southern Estonian lifestyle is adventurous (and awesome). And a forest spirit whispered the ultimate moral: keep cool, the winter is already here!

Clarisse Bordonneau is originally from France and now lives in southern Estonia, in the middle of nowhere. She is also an author, journalist and a publisher, writing about travelling and human cultures.

5 thoughts on “My first southern summer: how I learned to survive Estonia”