Zaza Tsereteli takes a look at the past, present and future of the small, but energetic Georgian community of Estonia.

When I’m talking about Georgians in Estonia, I mean the real Georgians – not the ones from the state in the US. It’s a small community – around 500 people – but full of southern energy in the Nordic region.

According to the archives of the University of Tartu, its students established the first Georgian community in Estonia at the beginning of the 20th century. The Russian Revolution of 1905 also resulted in unrest in Estonia and one of the main forces behind the local revolutionary movement were the students at the University of Tartu. While Georgia had for a century fought for its own independence from the Imperial Russia, there was no surprise that Georgian students also joined this movement.

The Georgian students in Tartu started to publish the newspaper “Kogo” (“kogo” in Georgian means “mosquito”), with mainly satirist type of articles. Among the honourable members of the Georgian society in Estonia were two famous Georgian writers of that period – Ilia Chavchavadze and Iakob Gogebashvili. They were also financially supporting the community.

From the first diaspora establishment to a united organisation

As for the more recent days, in 1989 Vladimir Zhuriari set up an organisation called “Iveria” – the first Georgian diaspora organisation in Estonia that is still functioning today. Later, in 1997, Lerry Japaridze, Yasha Kurshubadze and Ednar Bolkvadze initiated the establishment of an Estonian-Georgian organisation called “Mamuli.” Carrying the same name, a Georgian folk ensemble, initiated by Givi Mamucharashvili and Givi Kaadze, was also formed during that period. 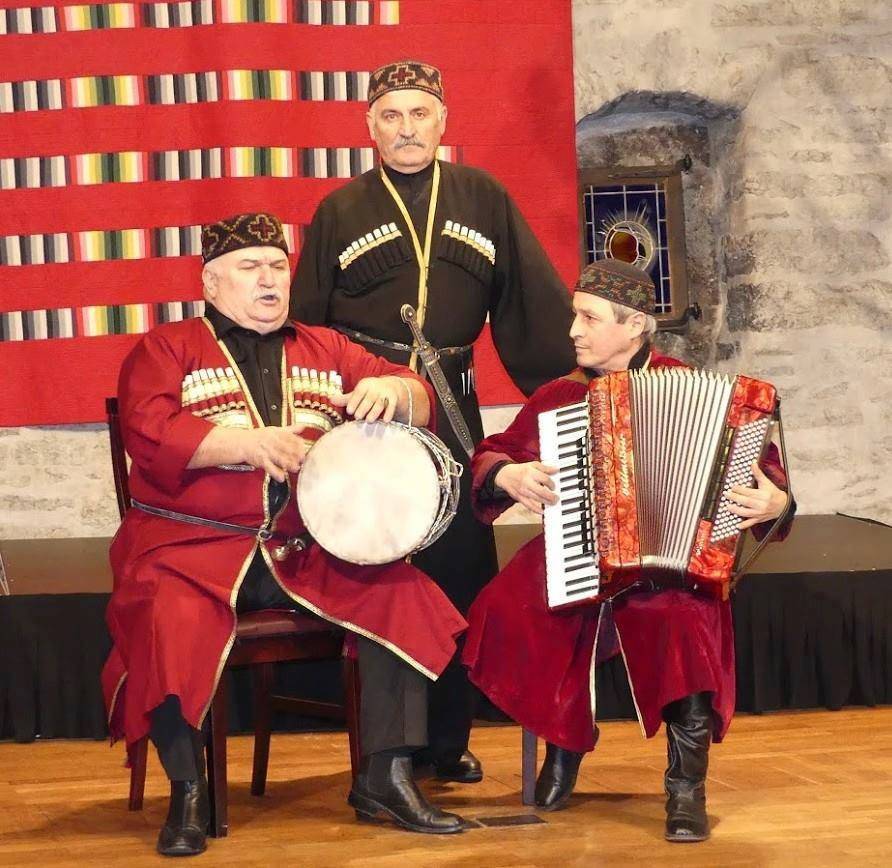 In 2009, the majority of Georgians in Estonia decided to unite their various community establishments under one umbrella organisation. The organisation, “Kartuli Sakhli”, (the Georgian House) was established as a result, chaired until 2016 by its first chairwoman, Maka Sakhechidze.

The Georgian House is proud to have among its members well-known medical doctors who work in several hospitals and clinics; IT-specialists in the leading companies such as Telia, for example; good lawyers and successful businessmen; PhDs at the Tallinn Technical University; a rugby player in the Estonian National Rugby Team as well as one of the leading scorers of FC Flora Tallinn, the football club. In the last two years, several Georgian children became champions both in Estonia and on an international arena, making us full of pride. 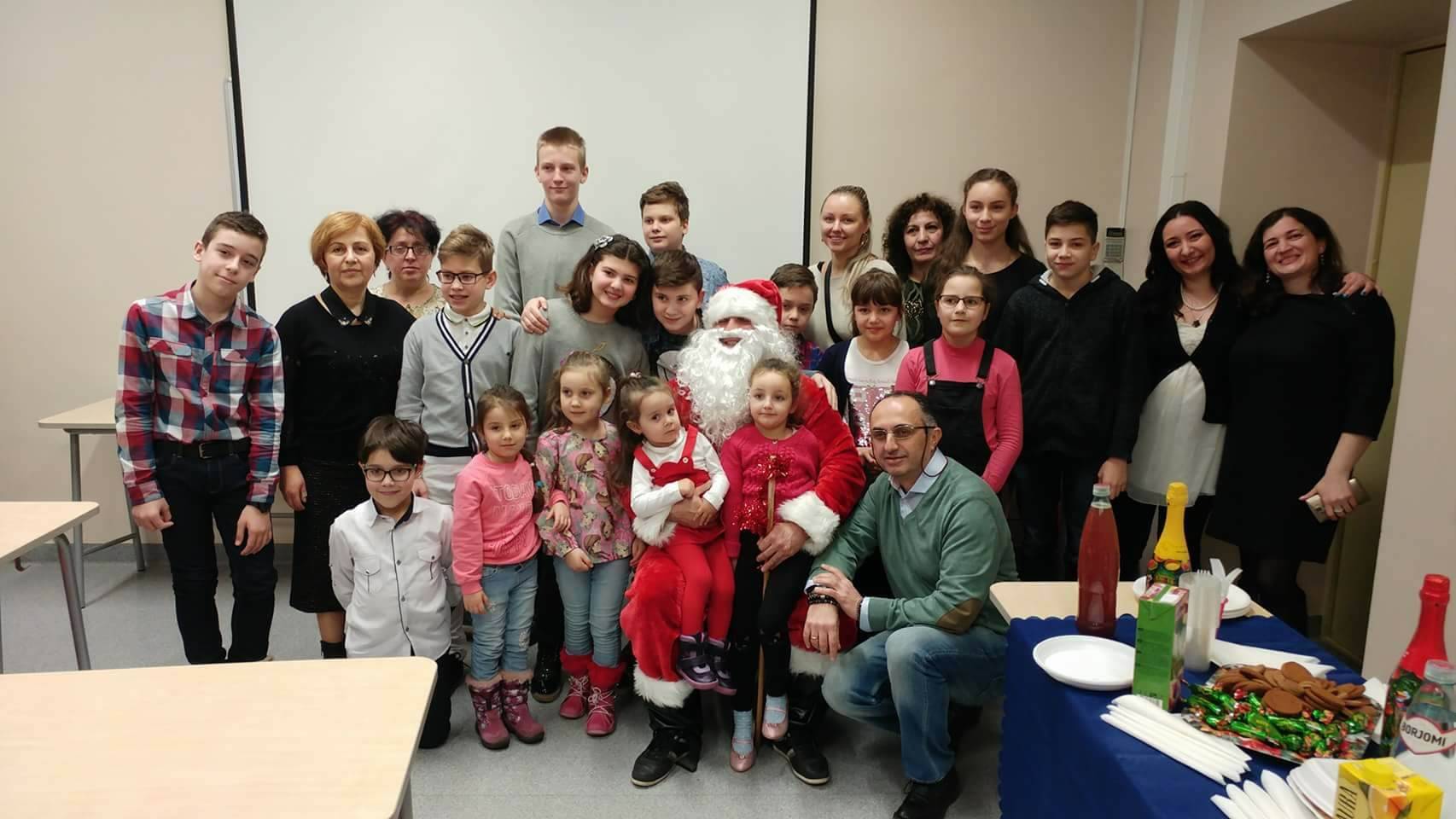 The aims of the Georgian House

Many Estonians, after visiting Georgia, are predominantly discussing the country’s wine, cuisine and folk songs or dance. However, Georgia is more than just this.

Our aim at the Georgian House is to let the Estonian society know that Georgia is a country with an ancient history and a rich cultural heritage. One of the examples is the Georgian script, unique in its appearance and since 2016 registered on the UNESCO Representative List of the Intangible Cultural Heritage of Humanity. 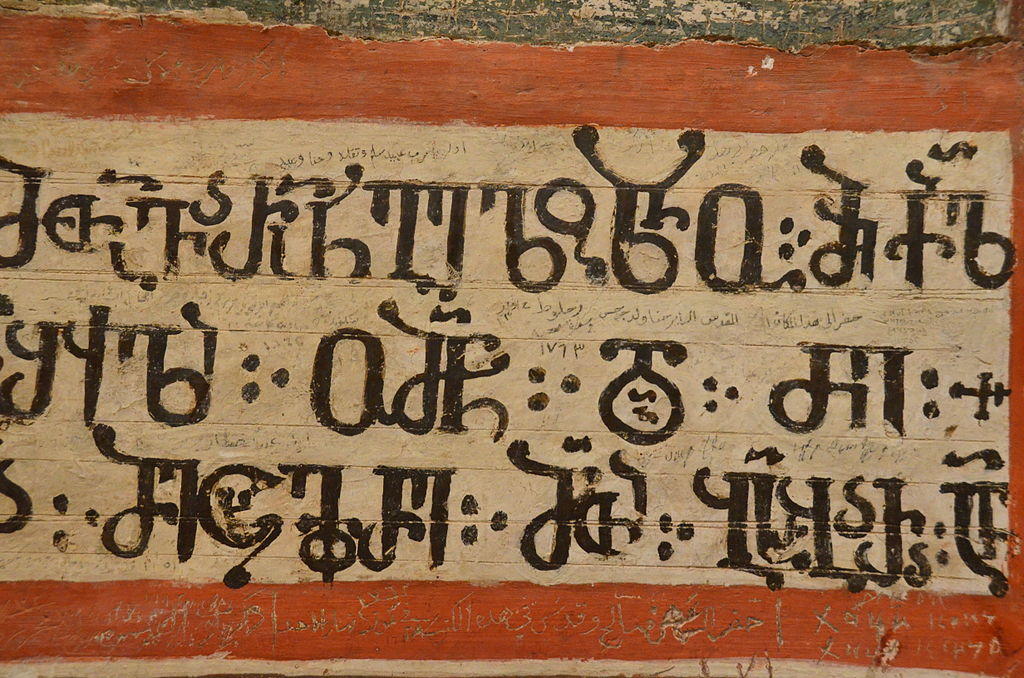 Then there also are great Georgians making their mark in the world, such as Gia Dvali, the director of the Max Planck Institute for Physics, or Zurab Pololikashvili, the secretary general of the UN World Tourism Organisation.

Georgia also stands for Kutaisi Technological University, which after the opening will be the largest and most modern university complex in the Caucasus. Designed for 60,000 students, the university will be fifth in the world by size and is aiming to become one of the leading research centres on the usage of hadron therapy for cancer treatment.

The image of Georgia needs to be reshaped – in a way that people wouldn’t associate the country just with food and wine.

The Georgian House is not only operating in Tallinn but also in Viljandi and Kiviõli. Our Sunday school is teaching Georgian and Estonian children the Georgian language and history.

We have also established a fully equipped football team, with the support from the Georgian Football Federation. Several friendly matches with other nationalities and even with a team from the Estonian second division have taken place (anybody interested in playing with us – feel free to get in touch).

Contacts and cooperation between the two countries are currently very active and robust. The constant desire for freedom and independence brought these two nations closer to each other. And it’s heart-warming to see that some differences between the northern and southern characters have not created a problem – instead, they fulfil each other. Maybe that is the reason why Georgians in Estonia – and Estonians in Georgia – do not feel too far from home, even when there are no direct flights between the two countries.

There have also been real success stories between the two countries. In 2015, the Georgian-Estonian movie, “Tangerines”, was nominated for the Academy Award in the best foreign language film category – and that was an incredible moment. Many Estonians and Georgians who left Abkhazia in 1993 felt nostalgic for their villages and homes they were forced to leave at that period. It’s possible that some of them saw their houses again in their dreams after watching the movie. We hope one day the dream comes true and many of those people have an opportunity to return to their land.

Naturally, all Georgians miss the warm weather and the sun while living in Estonia. At the same time, life here is much quieter and unhurried – one can feel it as soon as arriving from the chaotic Tbilisi to the unrushed Tallinn. Sometimes, we are going on vacation to Georgia, but really relax when we are back in Estonia. Still, after some time, we all are missing our country and starting to think about the next trip. We are very closely connected with our motherland, even after living many years outside of Georgia. 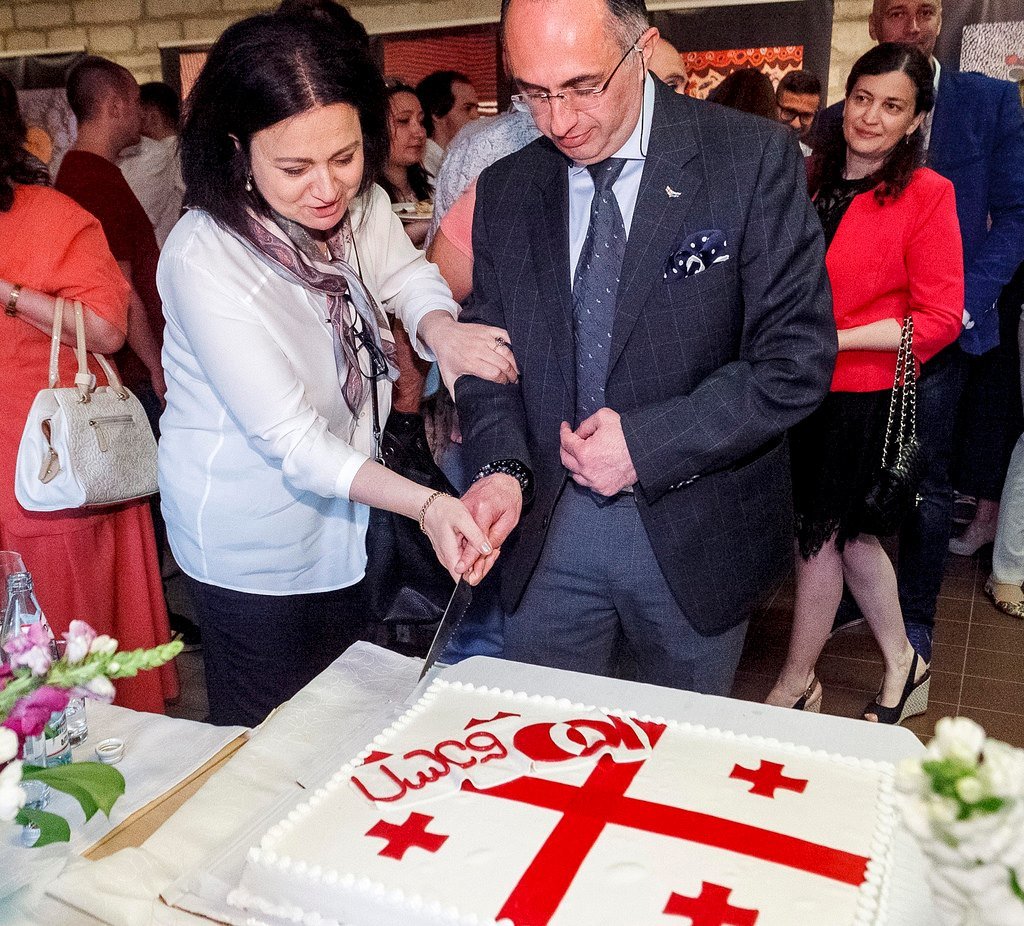 This year, both nations have a reason to celebrate. On 24 February, Estonia celebrated 100 years since becoming an independent country – and on 26 May, it was Georgia’s turn to do the same. Congratulations to both countries and nations – and many more years of peaceful independence!

Dr Zaza Tsereteli, MPH, is a senior advisor at the Norwegian ministry of health. He holds a medical degree from the Tbilisi State Medical University and an MPH degree from the Amsterdam Royal Tropical University. He is now providing technical assistance to the governments of nine countries within the Northern Dimension Partnership on the issues related to the major public health problems, like the use of illicit drugs and alcohol. He has worked as a regional advisor for UNODC and EPI/Disease Control Office for UNICEF. Since April 2016, he has been the chairman of the Georgian Society in Estonia.