The Japanese cuisine couldn’t be any more different from the Estonian one.

Tomatoes and potatoes, which are a part of everyday meals in Estonia, are expensive like many other vegetables in Japan. In Estonia, and of course in most of the Western world, potatoes are a side dish, but in Japan they are viewed more like a main dish. When I first served mashed potatoes and potato salad to my Japanese boyfriend, he promptly asked for rice, which of course, I had no idea would be needed. So from that time on, we are having mashed potatoes with rice, as weird as it is.

Vegetables are expensive, but the positive side of it is that they are always fresh and look quite perfect. Of course, there has been some discussion about whether or not we should buy any foods from the north of Japan and some people expect broccoli from Fukushima (where the nuclear disaster took place in 2011, following Tōhoku earthquake and tsunami – Editor) to glow in the dark, but quite frankly, I don’t believe that the Japanese government is trying to poison its inhabitants and the Japanese health check system is quite meticulous.

Food is something we all care greatly about and perhaps spend some extra money to experience some gourmet or go to a famous restaurant. To the Japanese, food is much much more than that. Food is a way of life and just as important, if not more, as news and music shows on the TV. It may seem strange at first, but when you get used to the Japanese way of thinking, food adds another dimension to experience. When there is a show about travel, about 30% of the on-air time can easily be filled with visits to restaurants and huge zoom-ins of various dishes. When there is a show about a celebrity, his or hers eating habits will surely be asked about. Also, whenever I talk about Estonia, one of the first questions Japanese people ask me is about food. Which places me in a bit awkward situation because there is not really so much to tell about the Estonian food culture, not least because we have never placed it on such a pedestal as the Japanese have.

The idea of a perfect food, or a gourmet food is also very important in Japan. You would find it strange, but people visiting public aquariums actually look at all the tunas swimming around and say: “Well, this looks really tasty…” and the same is with octopuses and all the other edible (or better said, legally edible) animals. That is also probably why the battle for the whales’ rights could never be won in Japan. Japanese people could look at a whale and see two contradicting things at the same time – the whale that is tasty and the whale that is cute. I have to point out that this does not strike me as cruel or thoughtless – the fact is that the Japanese people feel the contact with the nature and the natural way of consuming and biological circle and they don’t think about killing the animals for food the way that it is propagated in the western world. 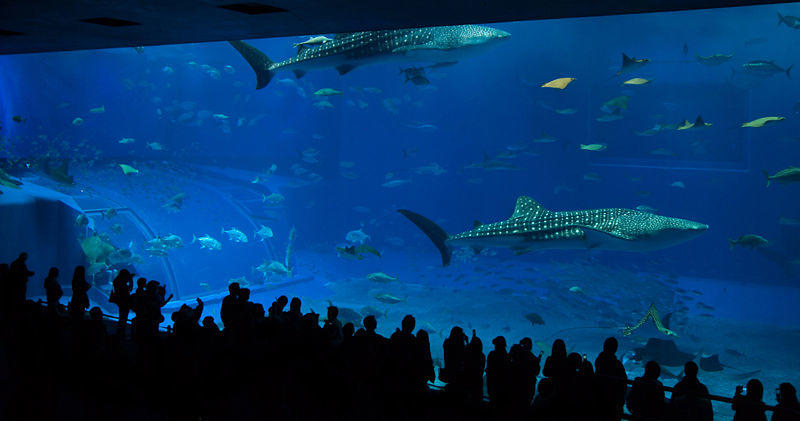 Kuroshio Sea tank in the Okinawa Churaumi Aquarium, the second largest in the world

While everybody in the world probably values both the taste and the visual about their meals, the Japanese have added another dimension to the appreciation. It is texture. First, I was surprised to encounter so many foods, which to me had no sense in them whatsoever – some examples would be raw octopus and squid, both of them are simply crunchy and a bit springy, it is very much like eating rubber or silicone. Also, there is a curious substance called konjac, which is a jelly-like food made from a flower. It is highly popular in the Japanese cuisine, because it has no calories but can fill your stomach and also because of it’s strangely satisfying feel of rubbery texture. The Japanese traditional sweets, like mochi or daifuku, are also as much valued for their springy texture as for their mild sweetness. When combining a plate of different foods, making a soup (called nabe) or frying up different vegetables and meat, the balance in texture and visual is taken into account just as much as the taste. For me, the food in Japan has become a newly discovered every-day adventure. 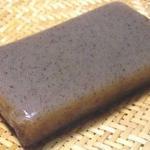 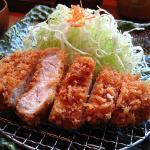 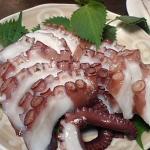 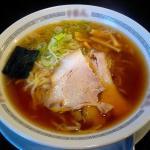 Selection of Japanese food, click on photo to enlarge

Healthy food is also a very well marketed and selling idea in Japan. Even though vegetables and fruits are inexplicably expensive, compared with European and American prices, there is cheap tofu, fish and other marine products, which I could never even try before in Estonia, because they were considered too expensive and gourmet food. The word ‘salmon’ always made me think of candle-light dinners and special occasions, while now it’s the food I choose a couple of times a week. Also, the Japanese selection of mushrooms, which is available all year long, makes an affordable addition to everyday meals. Miso and wakame soup, to which other ingredients are added at will, is often consumed on every day basis, and a more cheaper, healthier and stomach satisfying food would be very difficult to find. I think that the case with expensive vegetables and fruits makes people appreciate them more and often a single tomato or cucumber is served as a separate dish.

When going out to drink, the Japanese say ‘nomikai’, one could imagine a great deal of alcohol consuming, but in fact, when drinking, food is just as important to the occasion as drinking is. In this sense I feel the Japanese are closer to the Russian habit of lavish drinking accompanied by lavish food. This is not only the case with adults, when young people go out to nomikai, everybody is looking forward to the combination of drink and food.

An important part of the Japanese eating culture is probably also dieting. The diet-friendly foods are often talked about on TV and the drug stores are filled with diet pills and drinks of all shapes and sizes. This is not only for the female audience, a lot of commercials are made especially for men. The diet drinks are most common. There are at least about eight different diet refreshment drinks that come to my mind right away, some of them are catechin-filled teas (catechins are a type of antioxidant found in the greatest abundance in the leaves of the tea plant Camellia sinensis. In smaller amounts, they are found in other foods such as red wine, chocolate, berries, and apples. The health benefits of tea catechins have been under close examination since the 1990’s, due to the strong association of tea with long life and health in many ancient cultures – Editor), some are sport drinks and there is even a coke drink that is supposed to burn your body fat. Of course, none of the diet drinks will actually make you lose some weight unless you do some serious exercise, but they are certainly better than Fanta or Coca-cola, which I can see in the hands of every other schoolchild in Estonia. The habit of drinking cold green tea is something that I miss most about Japan when I’m away. Ice coffee is also available in cans at every corner in a vending machine or a store. 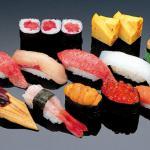 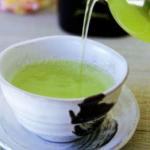 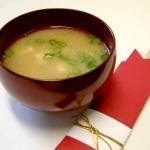 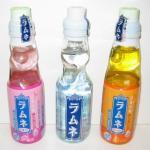 Selection of Japanese food, click on photo to enlarge

Eating out is relatively cheap and everybody can afford it, but making dinner at home is still better for the budget. The cheap everyday rice is one of the reasons. As I mentioned at the start of the article, eating rice with everything else, seemed quite strange to me at first, but I am now so used to it, that I probably have only a couple days a month that don’t include it. Certainly I miss the baked potatoes, so common in Estonia, but having rice instead definitely makes for a healthier diet and it also makes me appreciate the common food of baked potatoes better than before. The Japanese have the longest life expectancy in the world and the food certainly plays a big part in it. Japan has made me think about food and healthy eating more and introduced to me the dimension of texture. The everyday life is definitely much more fun this way.