Johann Urb is one of the most famous Estonian actors in the world – even though not many realise he’s anything but American, thanks to his perfect American accent. He tells Estonian World his story of how the boy from Tallinn ended up a Hollywood star.

Urb was born in Tallinn, Estonia, in 1977, and spent the first ten years of his life living in the Soviet-occupied country, before moving to Finland with his mother. At the age of 17, he decided it was the time to move on – this time across the Atlantic Ocean to the United States, where his father, the famous Estonian musician, Tarmo Urb, lived and still lives. And then and there, he immediately knew – that was the country he belonged to.

“I’ve never really identified with being a certain nationality,” he says. “Even as a little kid, it never felt right to me. I feel like Estonia is my birth place and where I am from – where I spent my childhood and where my family is, Finland is where I grew up and experienced my teen age, and the US is home and where I feel like I belong. There’s a part of every country’s and culture’s DNA in me. I view myself – as I have always felt – a spiritual being having a human experience on planet Earth.” 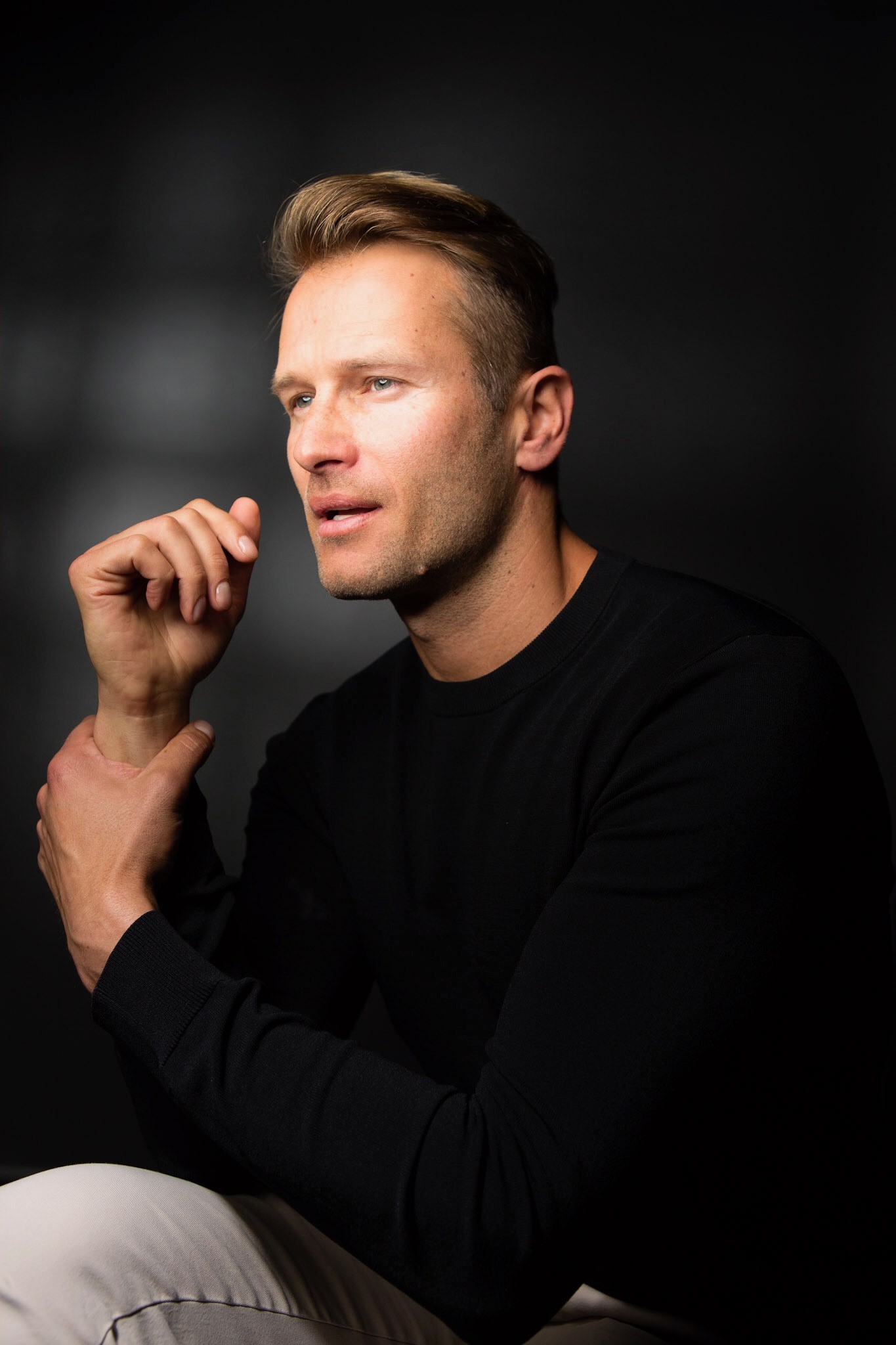 But that doesn’t mean he doesn’t love his birth country, and Urb enjoys every time he visits his native land. “Being already amazing, it’s becoming even a more beautiful place every time I visit,” he notes. “I can happily say I’m really excited about the direction the country and culture are moving towards. From my perspective, people are warmer and more open. The food is phenomenal. The people are well-educated and travelled.” And he goes there quite often – twice in the last six months, both times to shoot a film and to visit family.

When I first contacted Urb, I faced a bit of a dilemma – Estonian or English? I knew he was born in Estonia, but then again, every time he appears on the screen, he speaks English. In the end, I decided on Estonian, assuming that Urb still spoke it with friends and family – and I was right. He answered in perfect Estonian, without making a single grammatical mistake. How does one maintain this perfection after 24 years in an all-English environment?

“Estonian is my base programming language,” Urb explains. “It lies at the base of my understanding of this marvel of symbols that we make sense of to communicate. So it’s always with me. And I’m close to my family and friends, so I get to use it too!” In Los Angeles, where Urb today lives, he doesn’t get to speak a lot of Estonian. But he does speak it “mostly when in Estonia or over the phone with my family and friends”.

On the other hand, when an average American sees Urb on TV or in a movie, they probably don’t wonder where this guy is from – he sounds like a perfect American, much like someone who grew up in the Midwest. How is that possible?

“I worked hard on my American accent,” he says. “It was important for me to be able to sound like an American when I got into acting. The language always made sense for me, so I relished in perfecting the accent.”

“The first time I landed in LA, I just knew I was at home. My whole being felt it. There was a knowing, a feeling of belonging. The openness of the people, the warmth of the sun, the air, the water and everything else just felt exactly right to me. I’d never had that feeling before in this lifetime and it blew me away. From that moment forward, I did everything in my power to come home to the US.” And a year after this first visit and the homely sensation, he was living in America.

From modelling to acting 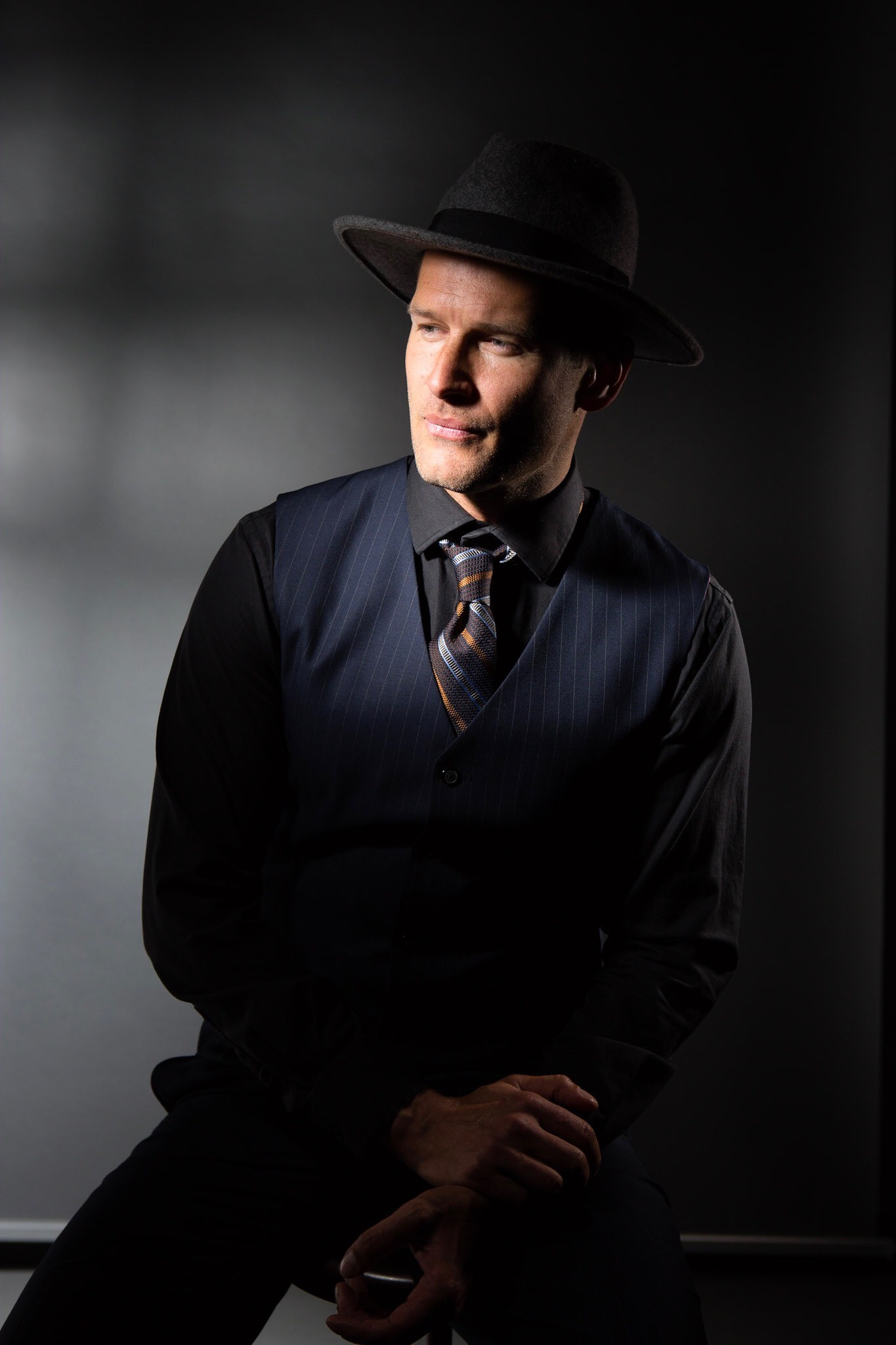 When Urb started to make home in the United States, he didn’t become an actor right away. First, he started a career in modelling. He modelled for Versace, Abercrombie & Fitch, Polo Ralph Lauren and took part in fashion shows in both the US and Europe. And even though this led to acting, Urb says he still models from time to time: “It’s fun!”

Urb notes he has always loved both modelling and acting, the latter just happened to be his true calling. And it, indeed, happened: “I didn’t know I would be an actor. Never wanted to be one. It just happened to me. Clearly, I needed to become an actor, I just didn’t know it. One of life’s magic ways of serving you exactly what you need at exactly at the right time.”

The way it happened was even more magical. A friend of Urb’s got him a scholarship in the Lee Strasberg Theatre and Film Institute. This cream of the cream of acting schools in New York City was founded by the legendary acting teacher and actor Lee Strasberg – who movie lovers might know as Hyman Roth in The Godfather, Part II. The Strasberg Institute has been the alma mater for some of the best and well-known actors in the world, such as Al Pacino, Steve Buscemi, Marlo Thomas, Clare Danes, and many, many others.

The friend who got Urb the scholarship in the Strasberg Institute believed he should be an actor and asked him if he had ever considered it. “I said, ‘hell no’,” Urb recalls. “He asked me to just give it a shot and I did.”

“It was the scariest thing I had ever experienced. I knew I had to do it. My plan was just to go to classes and that’s it, but when I was cast in Zoolander and set my foot on set, I knew this was what I wanted to do. I loved being on set and seeing the whole thing come together and how everyone is working together to make it happen. It’s an amazing adventure or co-creation!”

“Acting for me has been the one that challenges my identity deeply, forces me to open, to be vulnerable and feel my feelings deeply. It’s a spiritual experience for me,” he adds.

One of Urb’s most remarkable roles was in the TV show called “Californication”. It was a seven-season dark comedy about an ingenious, but troubled author Hank Moody, a functional alcoholic “drowning in the sea of meaningless pussy,” as the show put it. Urb was cast as a supporting character in three episodes in season six, playing Robbie Mac, an actor who had recently came out as gay and was looking for an agent who’d also be gay – a “gaygent”. He got to work with great actors like David Duchovny and Evan Handler and he says it was one of his favourite parts. 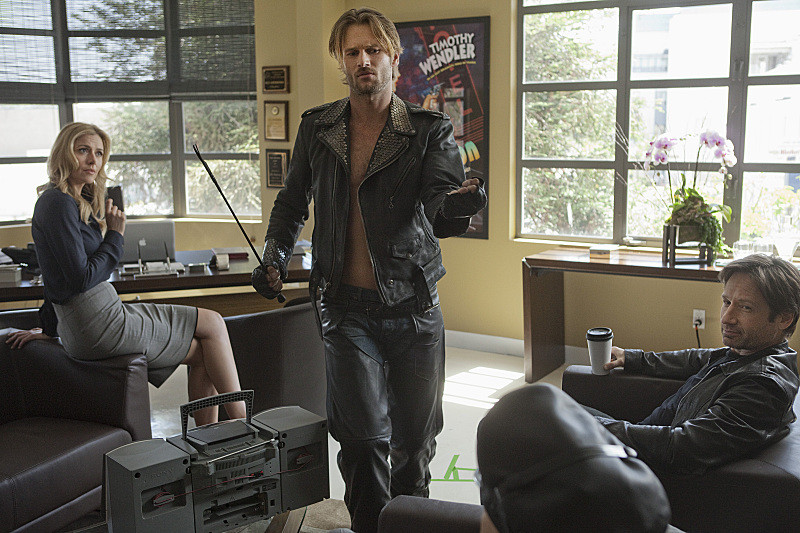 “I had so much fun on that set! Evan Handler was a total pro and was super game to get uncomfortable and silly. It was pure magic,” Urb recalls. “David Duchovny and the rest of the cast were incredible as well.”

“One of the moments I remember the best from that shoot was when we were doing the scene where my character come in to Ali Andrews’ (portrayed by Allison McAtee) office dressed as the character Robbie Mac, doing the whole dance and hump scene with Evan Handler, and after the first take, the whole set just burst out in uncontrollable laughter! The camera crew told me later that they almost peed their pants. They were laughing so hard they were crying and almost unable to do their jobs! One of the best compliments I’ve ever gotten!”

Another famous TV show Urb has taken part in was NCIS – the most watched TV show in the world at the time, portraying the work of the agents of the Naval Criminal Investigative Service. Urb appeared in two episodes as the character Burt Moore, a US Park Ranger who dated the forensic scientist Abby Sciuto (portrayed by Pauley Perrette).

“You can’t judge your character”

“NCIS was a fun job too! Both Mark Harmon and Pauley Perrette were super gracious, welcoming and fun to work with. Mark did a fun prank on set with fake dog poop for me to step into. What he didn’t know was that my sense of smell is that of a hungry bear and I can sense fake poop from miles away!”

How does Johann Urb prepare for a role? “One of the most important things for me is to find out if I judge the character in any way. If I do, I tackle that and get into the whys. Unless the character hates himself, you can’t judge your character, even if you’re playing a murderer or someone ‘evil’. You have to find what drives him and inspires him, what lights him up. Find the similarities between you and the character. After that, the differences, and then get comfortable with them. It’s a fun process!”

Many actors also become directors and producers, and Urb says he may consider directing one day, too. “I very much enjoy coaching actors and helping them discover their character. It’s such a rewarding and satisfying process. Could be amazing to do that as a director of a film one day. And I would not want to star and direct, no!”

Becoming a movie star is a marathon, not a sprint

Millions of people flock to Los Angeles each year, hoping to make their dreams come true, only to find out that it’s incredibly difficult to become the next Clint Eastwood or Lauren Bacall. What advice would Urb have to those young aspiring actors?

“Coming to LA with a project could be helpful,” he says. “Maybe it’s a film that you shot somewhere else or a teaser of a pilot that you wrote or starred in. Something to show and offer as a way to stand out. There’s a lot of competition here, but also lots of opportunity! It’s mostly a marathon, not a sprint. Be ready for that and you can remain strong through the challenges!”

Besides acting, what else gets Johann Urb excited and keeps him busy? “Spiritual practice has been and continues to be a big part of my life. That means daily practice of breathwork, prayer and meditation. As well as dance and movement. I love physical exercise which is also a form of meditation for me. Reading or listening to books and expanding my mind and perspective on life. I love travelling and exploring new places, ideas, cultures, foods and people. I love learning how to open deeper and experience the gifts of life.”

Cover: Johann Urb. Photo by Sara Khan. You can also check out Urb’s Instagram account, which has a link to his showreel.