Defending her title from 2016, the 14-year-old Sildaru is the youngest to win two gold medals in X Games that take place annually in Aspen, Colorado, the United States.

In 2016, she made free-skiing history, becoming the youngest athlete ever to win a gold medal at Winter X Games, world’s leading extreme sports competition. She is also the shortest and the lightest winner of all times.

“I started skiing when I was two. I got into freestyle-skiing at the age of five or six,” Sildaru has told to the Estonian media. According to her dad and manager, Tõnis Sildaru, she started to attend training camps when she was nine. 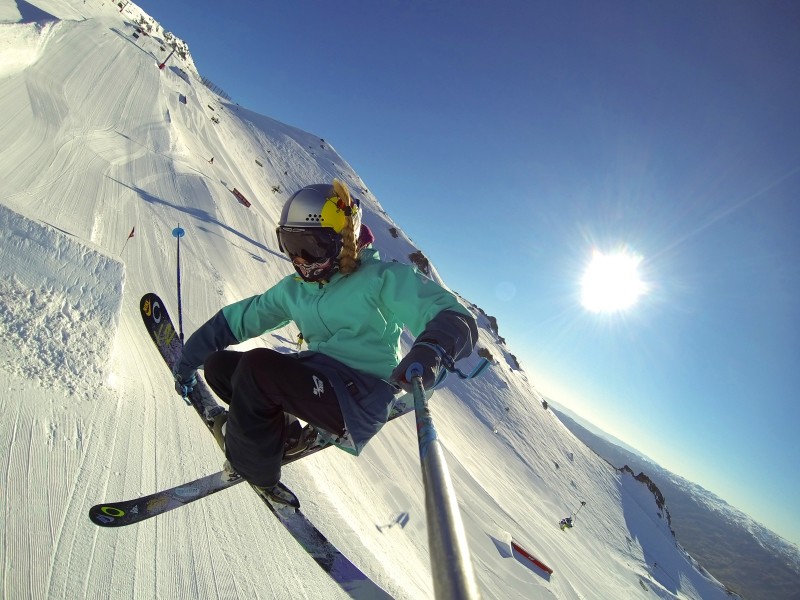 By the time Sildaru was 11, she had been noticed by the international sports press and videos of her brave style started circling the YouTube.

Euronews called her “the future star of freestyle skiing” and said that “it’s only a matter of time before we see this child prodigy represent her country and maybe even celebrate gold at the 2018 Winter Games in Pyeongchang, South Korea”.

In order to be in top notch form, Sildaru now spends about six months a year away from Estonia in training camps and competitions. This year, she will be old enough to compete in her first World Cup – in August 2017.