Using bicycles, vintage cars, motorcycles and tractors in a short road movie, several hundred of Latvians from different towns and villages joined in and personally forwarded their good wishes to Estonians by delivering a “birthday cake” across the border.

“We thought of a way how our people could send Latvian birthday greetings to their neighbours in a symbolic but easily understandable way, having a personal ‘touch’ to it – a real people-to-people way,” Aiva Rozenberga, the director of the Latvian Institute, the initiator behind the video, told Estonian World. 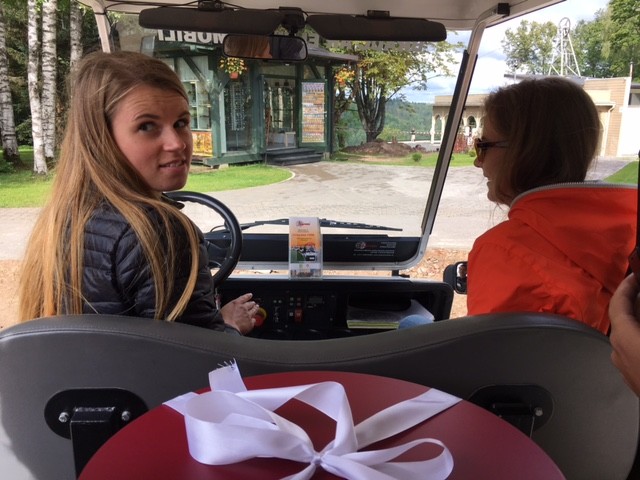 The organisers asked mainly Latvians in the country’s border area participate in the clip, in a reference to the Baltic Way – a peaceful political demonstration that took place on 23 August 1989, when approximately two million people joined their hands to form a human chain spanning almost 700 kilometres (over 400 miles) across Estonia, Latvia and Lithuania.

“Of course, the historic Baltic Way is one of the strongest images in the world when talking about the strength of Baltic unity, so that is why we asked whether people from the area could join,” Rozenberga said. “Ultimately, several hundred Latvians from different towns and villages joined and personally forwarded their warmth and sincerity to Estonia. They did it with a great enthusiasm and a sense of responsibility.”

Asked about her opinion on the Estonia-Latvia relations in general, Rozenberga considered them very close and active, but had few specific suggestions for the future. “What I could hope for in the next 100 years of our statehoods is that we would try, literally everybody, to study at least a minimum ‘survival kit’ of Estonian and Latvian language, respectively – to share the beauty of our heritage, but also enjoy our direct contacts and collaboration on even more personal level,” she said. “I also hope that exchanges between our school students will be more active in years to come to help the process of ‘personalising your neighbours’.”

On a more humorous note, the “direct contacts” between the two countries have actually greatly intensified in recent months. Dubbed as the “alcohol rally”, thousands of southern Estonians have taken trips to Latvia to buy alcohol and other goods, simply because they are much cheaper across the border. Although it no doubt benefits the Latvian overall economy and revenue, Rozenberga expressed a health warning. “I have heard different stories all around Europe whereby residents living close to the border cross it to buy certain products on the other side. So, differences in tax systems can affect the lifestyle of people living close to border zone. As I defend a healthy lifestyle I can only warn people – be aware that alcohol can affect your health! So be moderate and enjoy your life!” 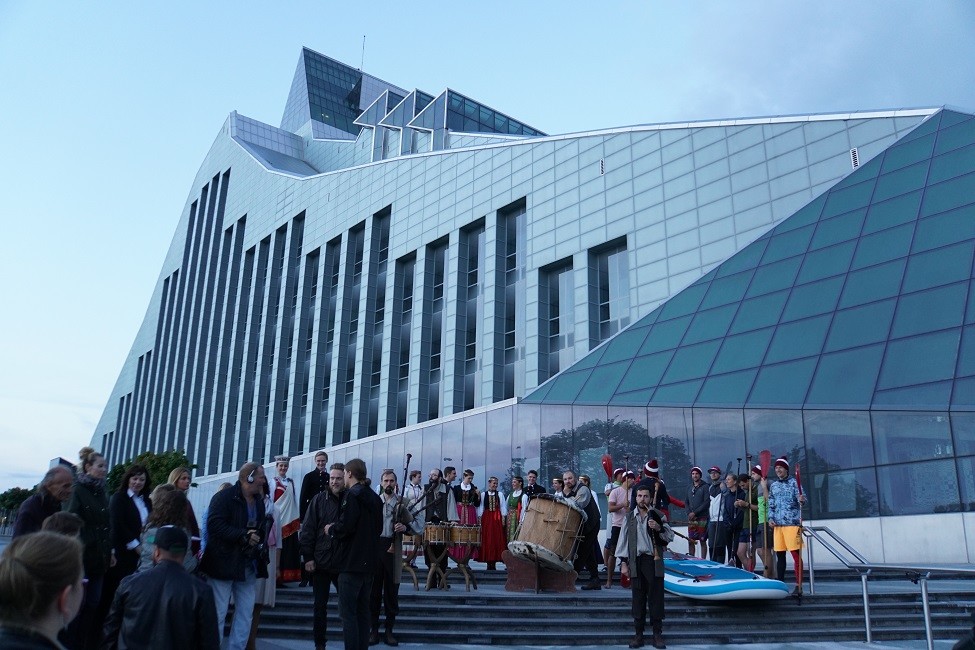 While Estonia celebrates its 100th anniversary on 24 February, Latvia’s own centennial celebration will soon follow – on 18 November this year. “I think everybody will be happy to have a visit by Estonian friends to the Latvian centenary festivities as well. Every city and village in Latvia has some events this year that are dedicated to the centenary of our country,” Rozenberga said.

Cover: Still from the video.