Estonia ranks 21st among the 49 European countries in terms of the laws and policies that protect the rights of the LGBT+ community, according to an assessment by the International Lesbian, Gay, Bisexual, Trans and Intersex Association (ILGA).

Now in its 10th year, the ILGA-Europe ranking analysed laws and policies governing LGBT+ matters across 49 European countries over the past 12 months. The ranking – called Rainbow Europe – records a country’s legal standards for comparison with its European neighbours.

ILGA-Europe track each country using a wide range of indicators; covering everything from equality, family issues and hate speech to legal gender recognition, freedom of expression and asylum rights. 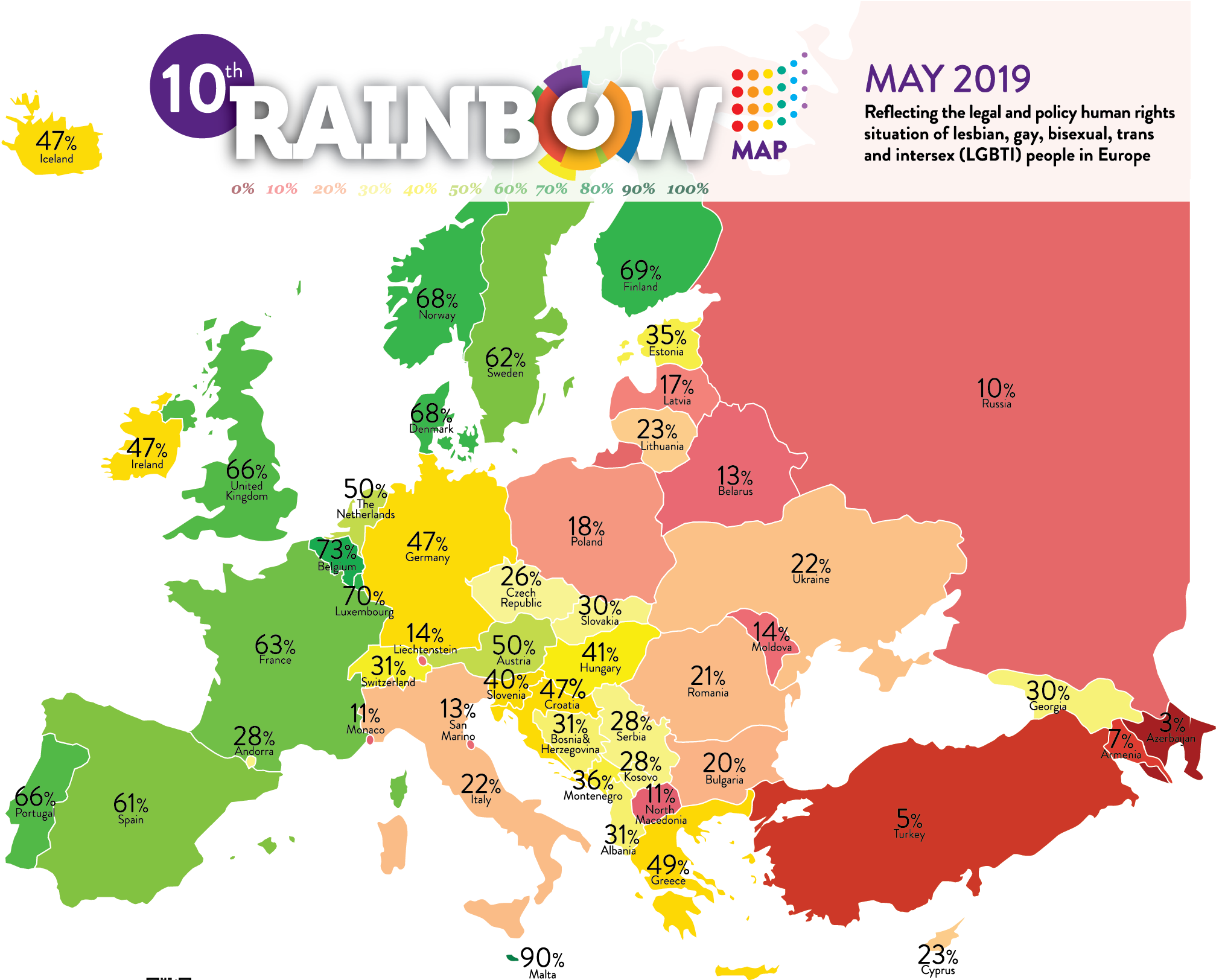 Estonia is ranked 21st in the list of 49 countries that include non-EU member states, and 19th in the EU.

In order to improve the legal and policy situation of LGBT+ people in Estonia, ILGA-Europe recommends updating the existing legal framework for legal gender recognition to establish an administrative process based on self-determination and free from abusive requirements – such as gender identity disorder/medical diagnosis, medical intervention or age limits.

The organisation also recommends to fully implement the existing laws on registered partnership to ensure that same sex couples are recognised and protected. In 2014, Estonia became the first formerly Soviet-occupied country to pass a law allowing same-sex couples legally register their civil partnership. However, due to the governmental change, the implementing acts were never passed in the parliament, creating a legal limbo.

The best country in Europe for protecting the rights of the LGBT+ community is Malta – a predominantly Catholic country, it’s worth noting. Among Estonia’s neighbours, Finland ranks fourth, Sweden 10th, Latvia 39th, and Russia 46th. 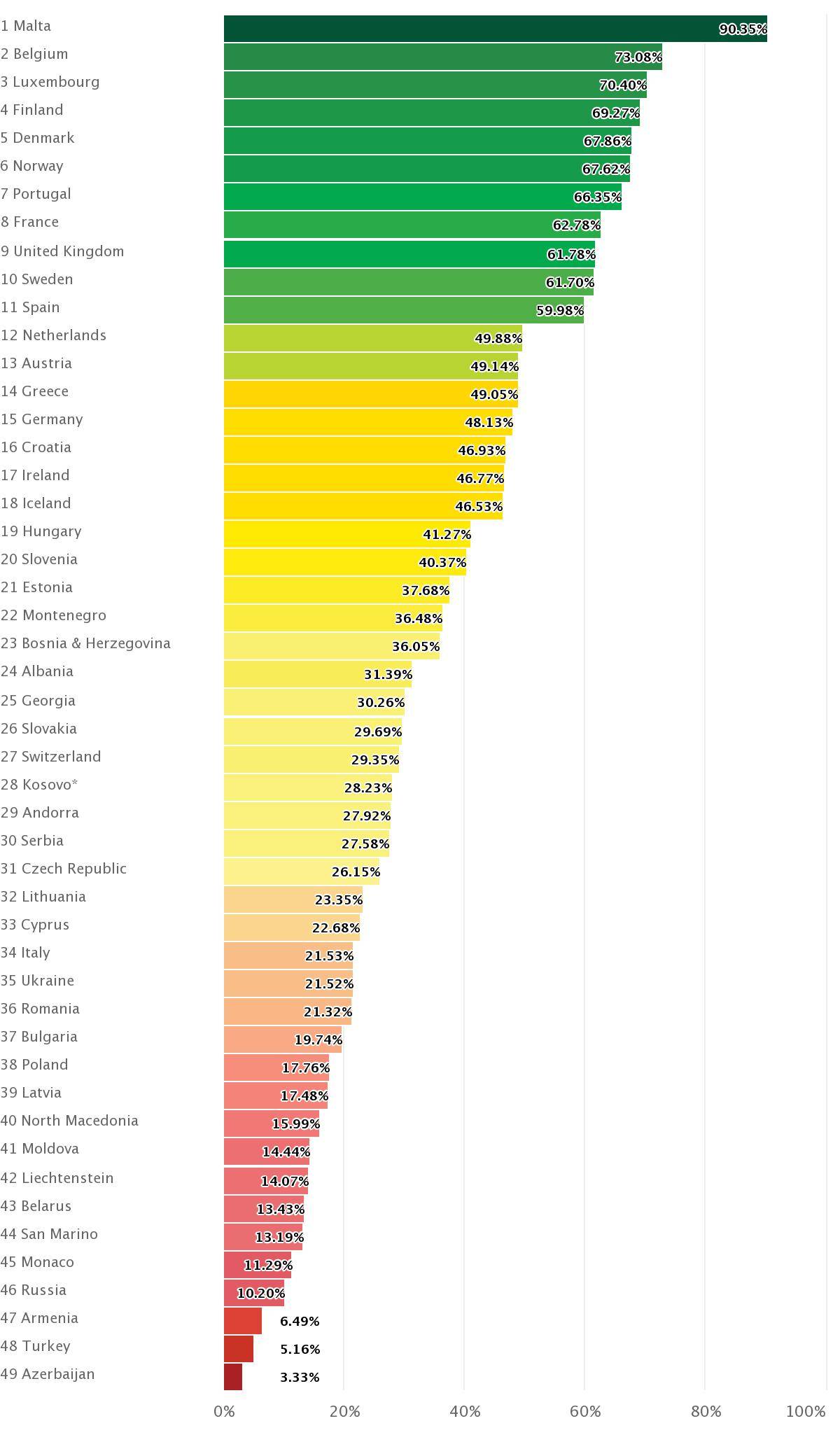 For the first time in the index’s ten-year history, countries are moving backwards as existing laws and policies disappeared: Poland no longer provides access to medically assisted reproduction for single women, while Bulgaria removed all their administrative and legal procedures for changing name or gender marker in the official documents for trans people. Serbia and Kosovo did not renew their equality action plans.

Bulgaria, Hungary and Turkey are countries which slide back on the ranking because of their governments’ failure to uphold fundamental civil and political rights such as freedom of assembly, freedom of association and protection of human rights defenders over the past year. “The result is an increasingly unsafe and unsustainable environment for LGBTI organisations and human rights defenders in a growing number of countries,” ILGA-Europe said in a statement.