It may come as a shock to many unsuspecting foreigners – being an Estonian, or indeed a European – what it really means to form and maintain relationships with the native people of Japan. It is not about just meeting and going out for a drink and talking about yourself and the world to your new acquaintance.

Japanese people take a lot of time – and indeed it takes a lot of almost password-like words and phrases and a kind of “intricate introduction” style behavior that can last for months, until they can possibly level with you. Often, it will take years to call someone your friend. It must be said that much of it is due to location, though – people behave differently in different regions of Japan. I have a general idea that people from Tokyo are most difficult to befriend. Perhaps it’s the big city that makes them feeling cautious of any stranger.

Could being a foreigner be the reason for estrangement? It certainly is in most cases. But lately, listening in on people’s conversations on trains, I have developed an impression that mannerisms are a necessary part of communicating with Japanese. Not everyone, and not always. But there are tendencies. 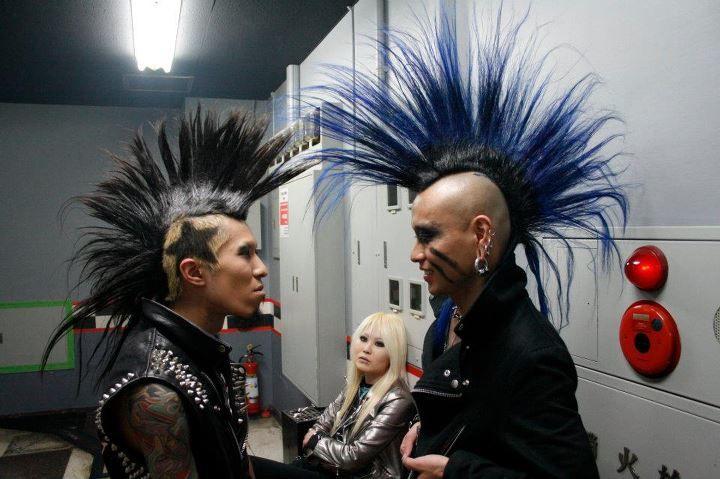 Let’s take a step away now from the salary-men in the trains. You would think, as I first thought, that being in a room full of Japanese outcast rockers would mean that circumstances and atmosphere would be different. It turns out that they are pretty much the same. I wrote in my first article that the Japanese rock musicians around me are using every minute of their spotlight to build up and keep their character. Japanese people hate being caught out of character. There is a character for everything – a character for work, for friends, for girlfriend, for audience. Of course, this is true to human nature in general, but the walls (and stakes) are higher here. The Japanese like patterns. If you are a rocker, you are expected to behave in a certain way. I already mentioned the must-have items on stage, such as cowboy boots and bandanas. The audience who are mostly girls (no surprises there) expects their idols to have these accessories. They feel safe and relaxed when surrounded by patterns.

The reason why it is so hard for a minor band to make it in Japan lies in a very acute remark my friend from one of the live-houses told me. In the western world, we have the concept of live music in a bar. We have events, bikers’ camps, open air beer festivals etc., where the live-bands are needed. In Japan, people have a habit of drinking in traditional-style pubs, where you completely concentrate on the alcohol and conversation. Live music, unless we’re talking about major bands like Bon Jovi or Lady Gaga, is for freaks and it is expensive. In order to keep their heads above the water, the bands have to keep the audience (the girls) coming and their interest rising. Even though common sense bids us to think otherwise, all the musicians are officially single – or at least their girlfriends are kept top secret (even if they are part of the same live-house circle).

The audience must be cared for, talked to and made feel special. That’s why off-stage time is so important. Perhaps one could feel almost sorry, that it’s never just about the music here. I have asked my musician friends, whether it does not make them sad and discouraged that many of these girls (or even madams) come here to have an intimate conversation with their favorite musician, as much as to see him on the stage. Somehow the meaning of the question is lost. Perhaps not knowing that it could be otherwise, the alternative doesn’t exist in their minds. 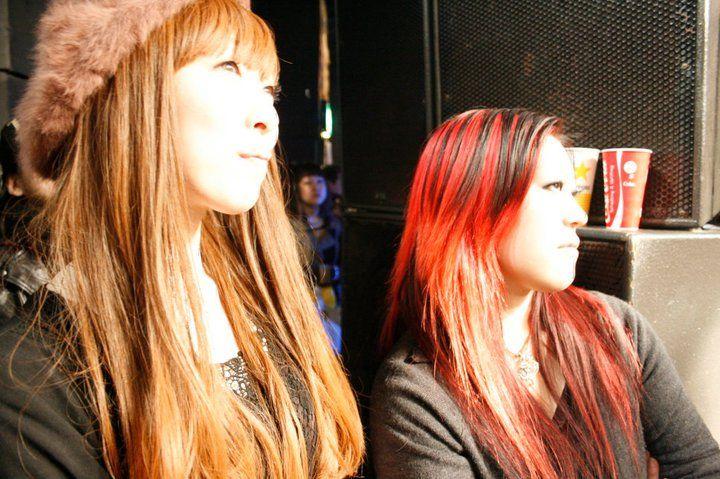 The relationships between the bands are also very hard to understand at first. In Japan, the seniority-based status relationship defines everything. It is all about the age – if you are older, you are something of an authority and boss to those younger than you. Sometimes it is also defined by experience, but mainly it is about the age. Meeting the Japanese rockers, I again first had the delusion that things are different here. But still, traditional statuses mean the world to the bands. When an older musician invites a younger colleague to a drinking party, one can’t easily refuse. Often those drinking parties are more than just having a good time together – they indicate confirmation of the status. Funnily enough, the musicians themselves don’t even realise that something could be awkward in this relationship. It is so natural to them that they do it often without analysing why.

This weird theatre-like world may seem freaky and distant on a surface. But not all of it has been strange for me as an Estonian. I am half Russian by blood (but not by culture) and have lived half of my life in Russia. I have also travelled a fair bit and it seems to me that Estonians are actually also slow on the uptake, but loyal in the long run – just like my Japanese friends. It may sound as a generalisation, but for me as an Estonian it is easier and much more comfortable to follow the intricate path of Japanese introduction. I know that if I fulfill this strange quest of finding friendship, they will be loyal and they will be there for me, even if they are just a few.

Just as learning Japanese is relatively simple for an Estonian because of the similar pronunciation (and vice versa), there are other surprisingly similar traits.

3 thoughts on “Life in Tokyo Vol II: Finding the inner Estonian in the tangles of Japanese social life”