My grandparents grew up in Tartu, leaving after WWII to escape the Soviet occupation. This is a little story of  how I rediscovered the intellectual capital of Estonia.

I was shocked when my Canadian university approved my visiting student application. To Tartu? Really? Many Canadians couldn’t even point to Estonia on a map.  I’ve also been asked whether a lot of stoners live in Estonia – what can you even say to a question like that? I still recall one of my less educated fellow citizens accusing me of  ‘making the place up’. And now I would be studying in the magical, mystical land of Eesti, where people live in mushroom houses, and dragons roam the hillsides, and fairy choirs hold song festivals in the forest!

In fact, Tartu was my third choice of exchange location – I had put other places first, new places I had never been to before. Tartu was an old place for me. I suppose I had unintentionally written a pretty convincing motivation letter, which the hip young advisor at the Student Affairs Office had been really into. Plus, anyone with basic google research skills can quickly discover that Tartu is a damn fine university. But as the words “VISITING STATUS APPROVED” glared at me with finality from my computer screen, I had a strange sinking sensation in my stomach. Did I really want to go back there again? Did Estonia want me to come back again?

An old connection with Tartu

My grandparents grew up in Tartu, leaving after WWII to escape the Soviet occupation. I still have family here, and I was brought here several times as a child. Hazy memories from 1995: grumpy jet lag, gallivanting with cousins in wheat fields, devouring kohuke (Latvian-Estonian curd snack – editor), roasting wieners on the fire.

Again in 1998: memories of bopping up and down in the back of my relative’s seat-less farming van, surprising myself when random Estonian sentences popped out of my mouth, fully formed.  At 17, I came here to take a summer language course for beginners, having forgotten much of the Estonian of my childhood. Memories of that trip are of a different kind: Jägermeister shots at the Gunpowder Cellar, destroying brain cells, schlepping to class in the morning with my first ever ‘I’ll never drink again’ hangover. 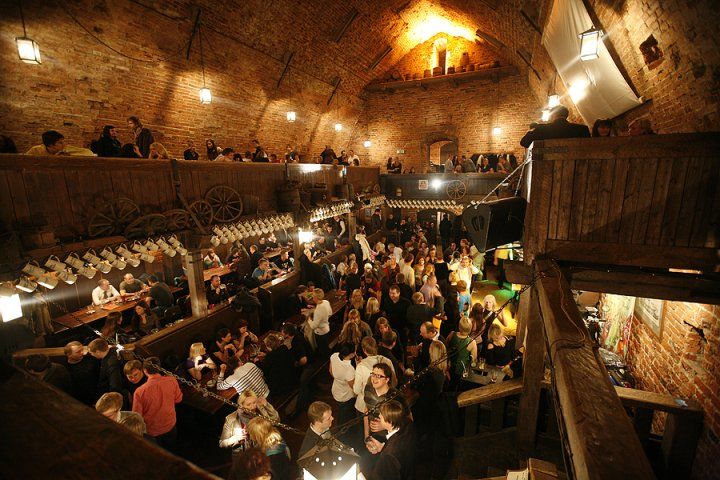 Now, in my mid-twenties with only one semester of university left (knock on wood), here I am again.

My first day I arrived in the rain, underslept from an overnight flight, feeling cranky, not a happy camper. Good Lord, the weather is crappy, I thought. What the eff am I doing here? Why Estonia? Why do I keep coming back –what do I really love so much about this place? Do I even have a place here, or am I some kind of cheesy fraud, grasping at spectres of cultural self-identity?

After ditching my massive suitcases at my new flat, I decided that the only thing to do when delirious with exhaustion is, of course, to go for a ridiculously long walk. 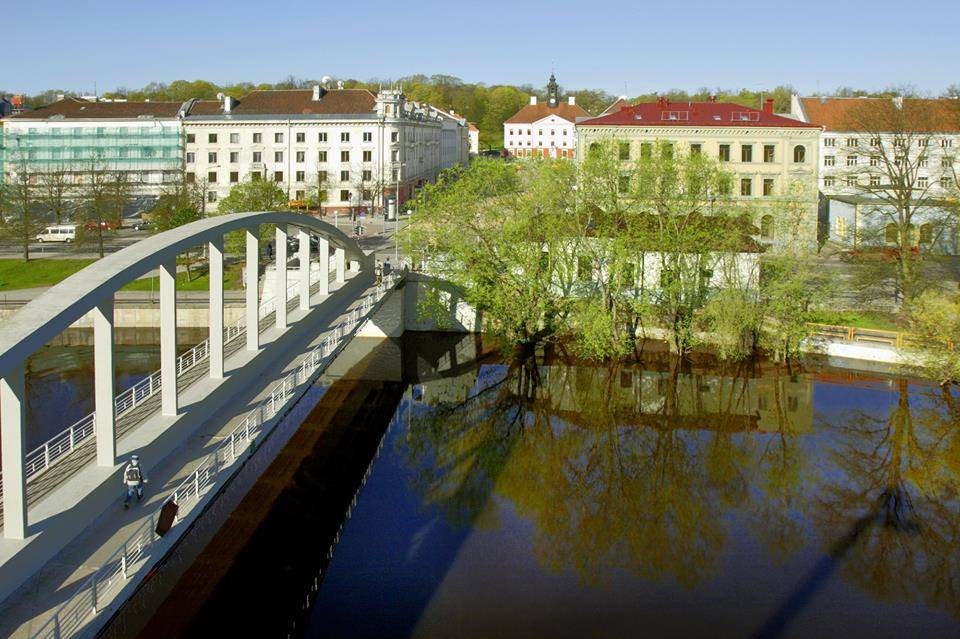 I started by weaving my way down the Emajõgi, the Mother River. At first, against the cloudy sky it seemed cold and grey to me. But as the river wound toward Supilinn, I recalled the stories my grandmother used to tell me, about the power and beauty of this river, the story of the animals who dug the riverbed to satisfy the pagan god Vanemuine, who poured the water down from the sky. I noticed how beautifully the river flowed under the looming clouds.

I wound my way up and down the streets of Supilinn, a neighbourhood wrapped in mossy silence, the air filled with a heady mixture of stone, leaf, firewood and diesel. The gardens glistened with the freshness of the rain, against the vividly painted wooden houses and the ramshackle garden huts. I strolled around in a peaceful daze, with what must have been a creepy-looking strange half-smile on my face, judging by the wary looks of the residents I passed by. I imagined my grandfather walking along these streets and I wondered which house was his favourite, or whether the colours had changed much. 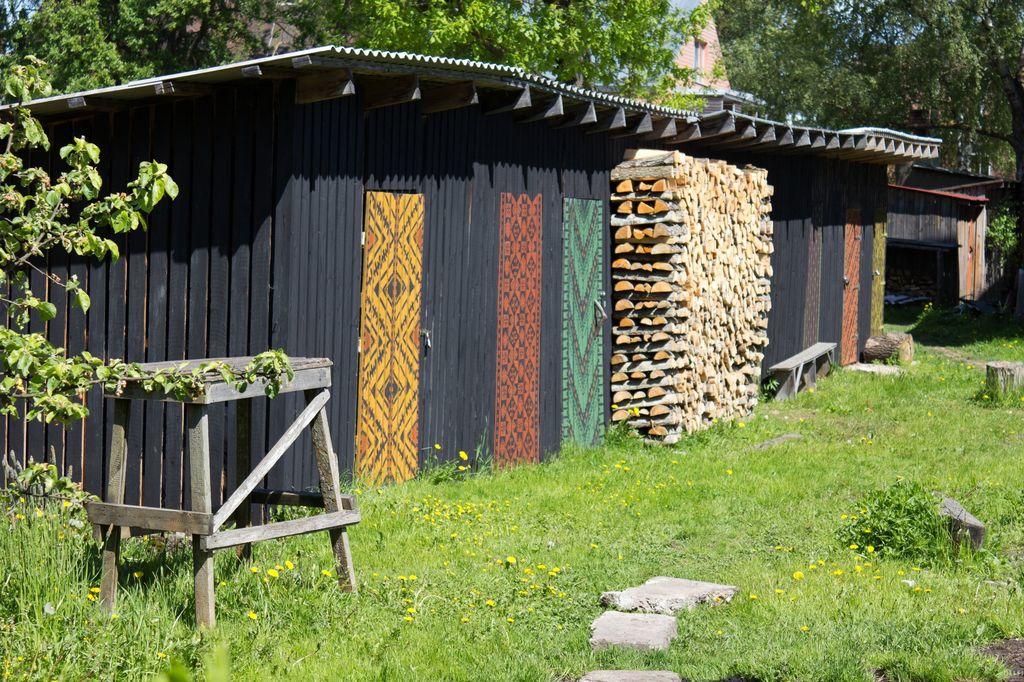 Walking back into the centre of town, toward the main building of the university, I saw a young man in a crisp suit jacket and a university hat walking towards me from the misty distance. I recalled the picture of my grandfather in his fraternity hat, and I remember being shown his hat as a child, being told to handle it with care. I imagined that it was him walking down that street, young and proud.

Passing by Werners café, I peeped into the foggy window. It looked cosy and warm inside, and there were lots of cute old ladies, dressed to the nines, sipping lattes and enjoying what must have been a devilishly good piece of cake. My grandmother told me once that she had worked there as a young woman. I pictured her there, neatly organising the cake on the shelves, chatting to the regular customers, offering up her dazzling smile, pouring cream into coffee. I imagined her leaving work, walking down Ülikooli street towards home, her dainty 1930s heels klip-klopping along the cobblestones. 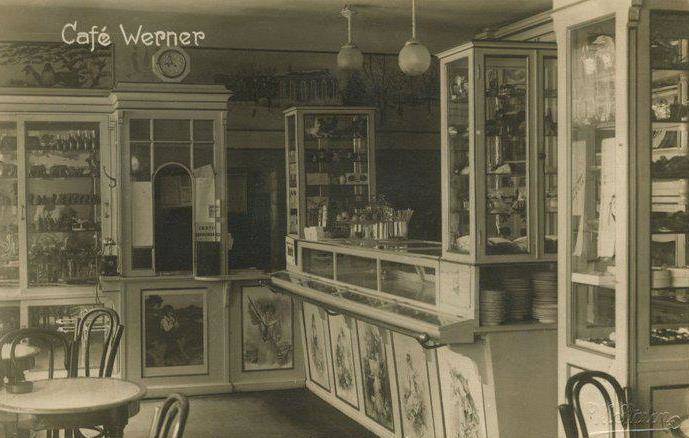 The cheerful vision of Werners through the window lent me strength, and I decided to take the plunge and hike up Riia street towards the Karlova neighbourhood. I arrived in Karlova, huffing and puffing, to my embarrassment. No wonder people in Tartu are so fit, I thought – they spend all their time walking up and down hills. I wandered around the grand-looking streets of Karlova, quiet and imposing in the soft rain. I struggled to remember where my great-aunt had lived, but could only remember her stoic silence, her strong arms hugging me, her soft-hearted eyes. As the rain started to come down harder, I felt my tired legs turning around and directing me back down the hill. 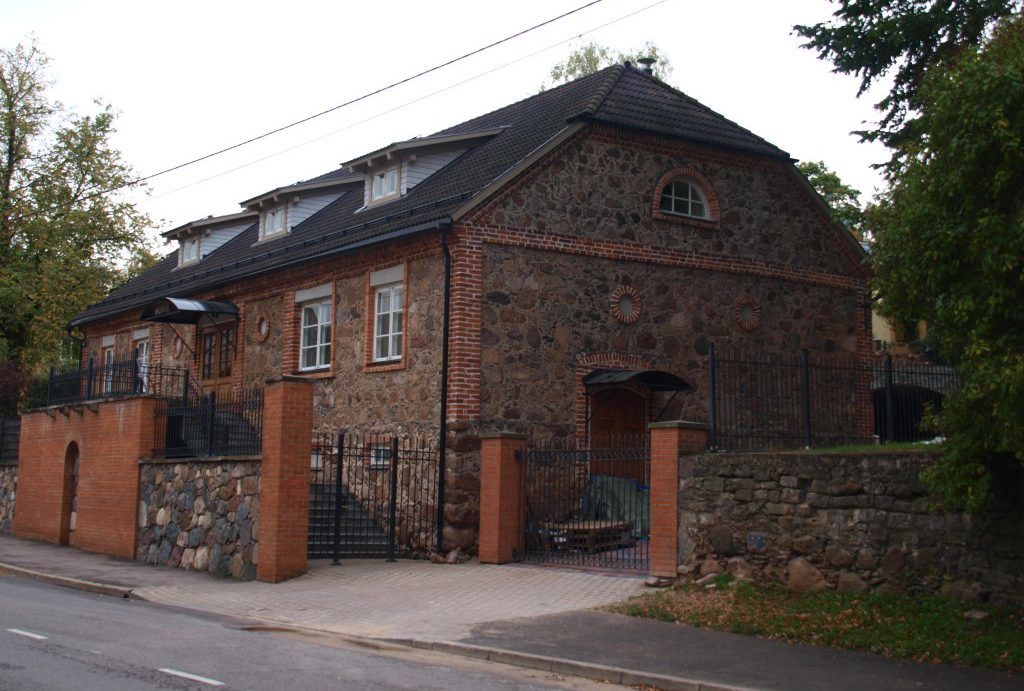 After what felt like both an eternity and an instant, I arrived back home, my heart racing with excitement. I was here. Tartu!

I had seen the city through adult eyes, and had felt the fabled Tartu spirit for the first time. The city was now new to me. I thought of my grandmother’s shoes, and my grandfather’s hat. I realized as I flopped down into bed that this place will always be both separate from me and a part of me, both old and new. I will belong and not belong, all at once, as the city changes yet remains the same, and I get older yet remain the same, always thinking of my grandmother’s shoes, my grandfather’s hat.

Krista Kais-Prial’s story was first published by The University of Tartu blog. Cover: Tartu from air (photo by Sven Zacek/courtesy of EAS).

Krista has studied law in Montreal and is lawyer-in-training in Toronto. Last fall, Krista became a visiting student at the University of Tartu Faculty of Law, where her grandfather once studied. She is retracing her roots, relearning the language, and studying the development of EU law in post-Soviet Europe.

2 thoughts on “My grandmother’s shoes, my grandfather’s hat – my rediscovery of Tartu”