At 4 pm on 20 July 1980, the Olympic flame was lit and the Olympic anthem was played in the Estonian capital – Tallinn became a host city of the Moscow Olympic Games’ sailing programme. In preparation of the international sporting event, a number of huge construction projects were undertaken and new buildings erected. Most have stood the test of time; with a notable exception – the former “Lenin Palace of Culture and Sport” by the Tallinn seaside, a stone’s throw away from the harbour.

The Moscow Olympic Games’ sailing programme is so far the only time Estonia has been given the opportunity to hold an Olympic competition. Tallinn was chosen the host city of the sailing and yachting programme, part of the modern Olympics since its first games in 1896, due to Moscow’s long distance from the sea.

This was one of those rare occasions when Estonia actually benefited from being part of the Soviet Union, despite the Estonian government in exile protesting against the event taking place in the occupied territory. Many great buildings, still standing today, were constructed, albeit some using the voluntary help of Tallinn inhabitants.

The modern Olympic Sailing Centre, still in good condition and now housing a hotel, a spa and a casino, was built in the suburban Pirita, at the Bay of Tallinn. An iconic 314-metre radio and TV tower, which improved the quality and range of television and radio broadcasts, was erected in Kloostrimetsa, not far from Pirita. A four-lane 5.5-km expressway, enjoyed by suburban commuters on these days more than ever, with great views over the capital skyline, was opened from the city centre to Pirita.

In the city centre, the new 28-storey Hotel Olümpia, which at the time was the tallest building in Tallinn, took shape – to accommodate the regatta visitors, but still standing strong to this day.

Last, but not least – the new Tallinn airport, recently voted one of the cosiest airports in Europe, was constructed specifically for the occasion, designed by a Moscow airport design office.

Expert Polish restorers were also brought in to take care of the crumbling medieval Old Town – the quality of their work is self-evident 36 years later.

The only building among the Olympic construction boom structures that unfortunately could be considered a failure as it stands is the Linnahall, now lying idle by the Tallinn harbour. The massive concrete structure bore the name of Lenin Palace of Culture and Sport during the occupation. 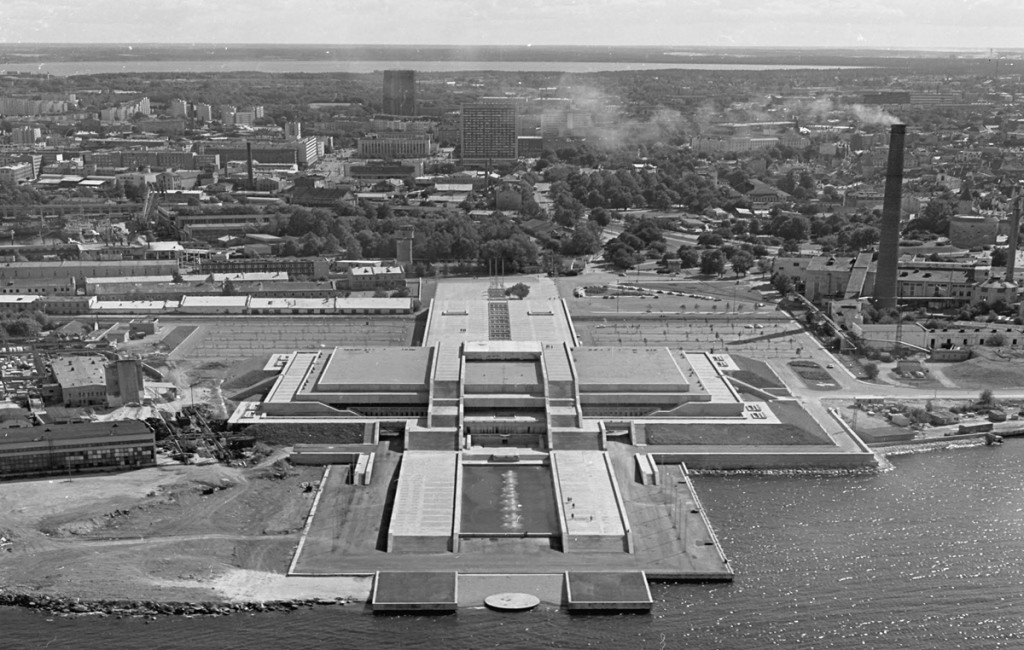 Designed by the renowned Soviet-era Estonian architect, Raine Karp, the unique building had its heyday in the 1980s when it was the local epicentre of entertainment and its 4,200-seat hall hosted the biggest indoor rock concerts in Tallinn.

Some of the most famous names in Estonian pop and rock scene of the 80s recorded their albums at its then state-of-the-art recording studio. The studio also hosted the artists in 1987, when the biggest names at the time gathered to record a song and film a video for “Ei ole üksi ükski maa” (no country is alone) – the Alo Mattiisen-penned prelude to the five Singing Revolution songs in the following year.

During the Singing Revolution, many newly-formed political parties and movements, such as the Popular Front, organised their conventions here.

New times brought new expectations of entertainment facilities and Linnahall (named so after Estonian regained independence in 1991) gradually started to fall out of favour in the 1990s. It is remarkable that before closing for good, the crumbling entertainment facility managed to host many concerts by international names – Duran Duran and Lou Reed among others, for example. By 2009, it was clear that the building is done for in its first incarnation and closed its doors with a hope that it will reopen after renovation. But as it stands, Linnahall’s doors have been closed since. 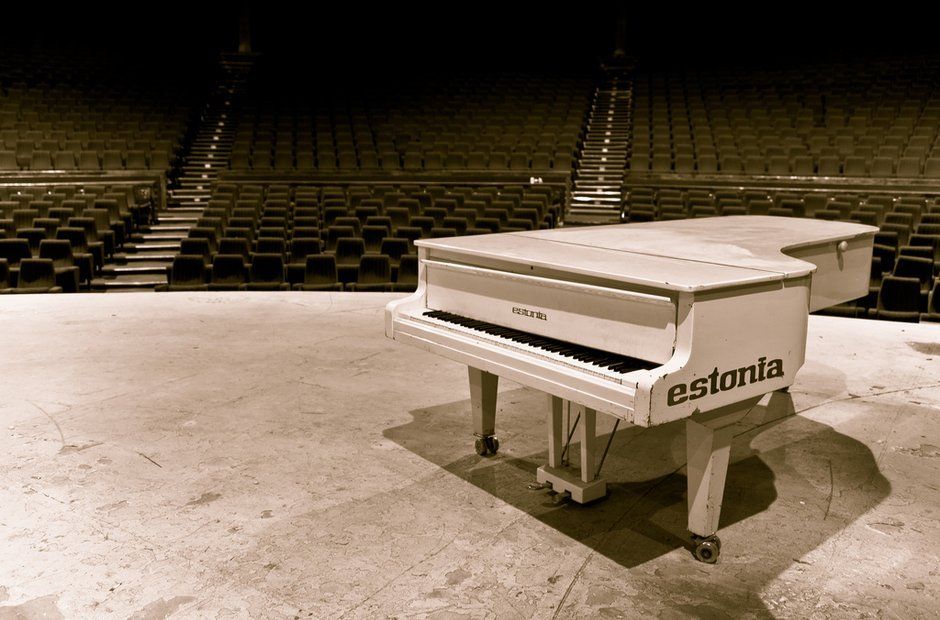 Despite the frantic attempts by the Tallinn City Council, a plan to find an ambitious and wealthy suitor for the building has proved to be fruitless. At some point, there was even a talk of bulldozing the entire complex, but since the unique structure is under protection as a “significant cultural heritage”, this is not an option. 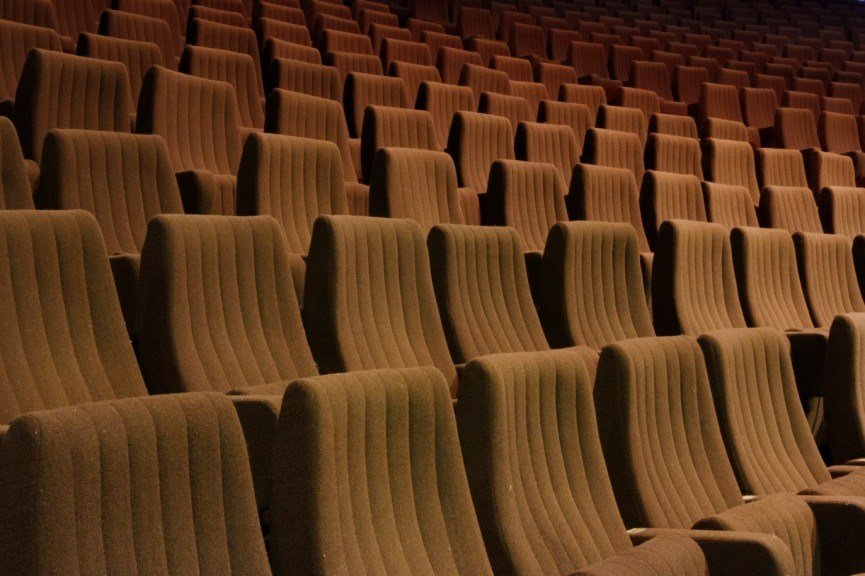 Indeed, some hardcore fans of Linnahall claim it to be one of the few structures in the world that is “visible from space” and compare it with ancient Babylon Ziggurats and the Mexican Pyramid of the Sun – any destruction of the building would be a crime against architecture, if not against humanity, they claim.

In recent years, the large roof areas of the Linnahall have provided fun time for skaters. The area is also used for film and photoshoots. On those long Estonian summer nights, its roof is also a weirdly romantic setting to enjoy the mesmerising sunsets over the Tallinn harbour (just watch your step). 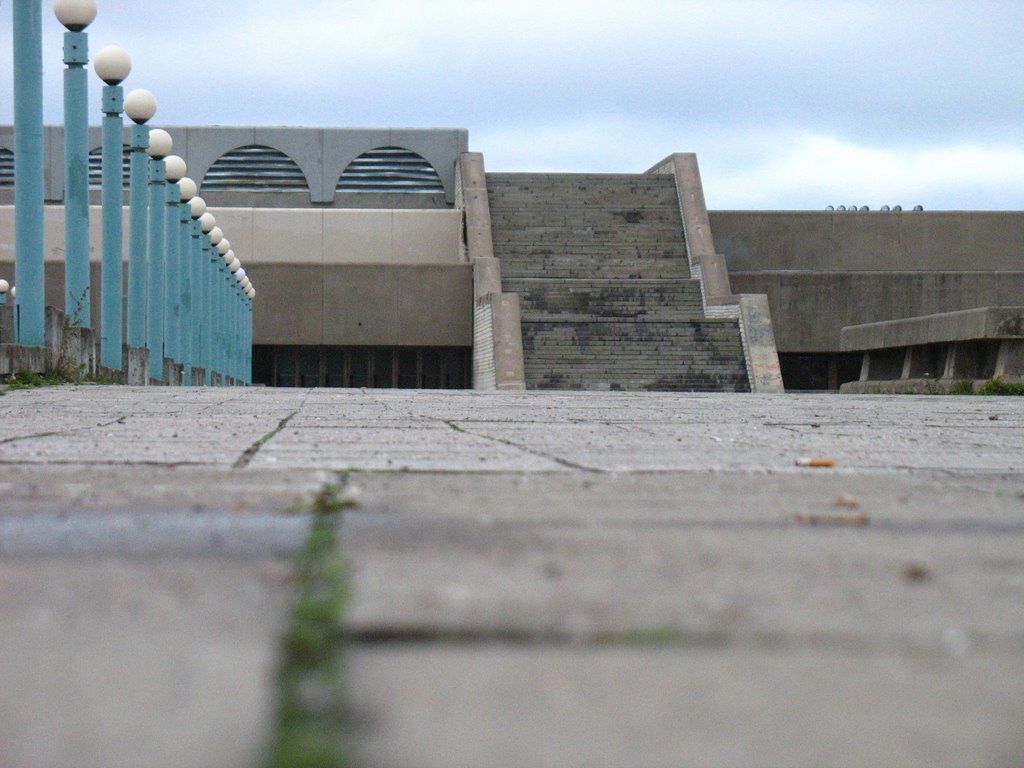 The time is flying and the building is crumbling. If it was you, what would you do with this “Tallinn ziggurat”? 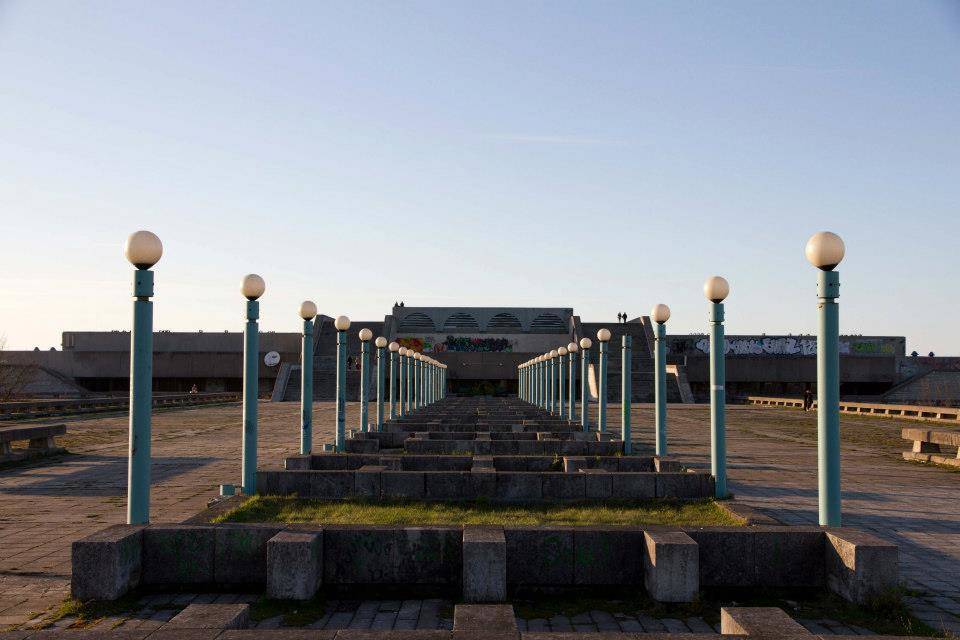 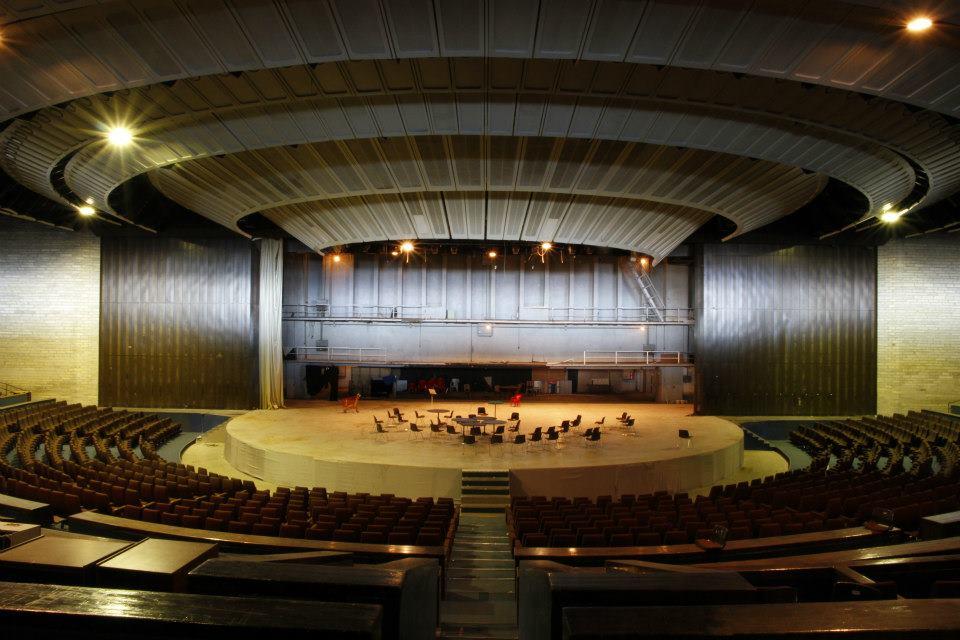 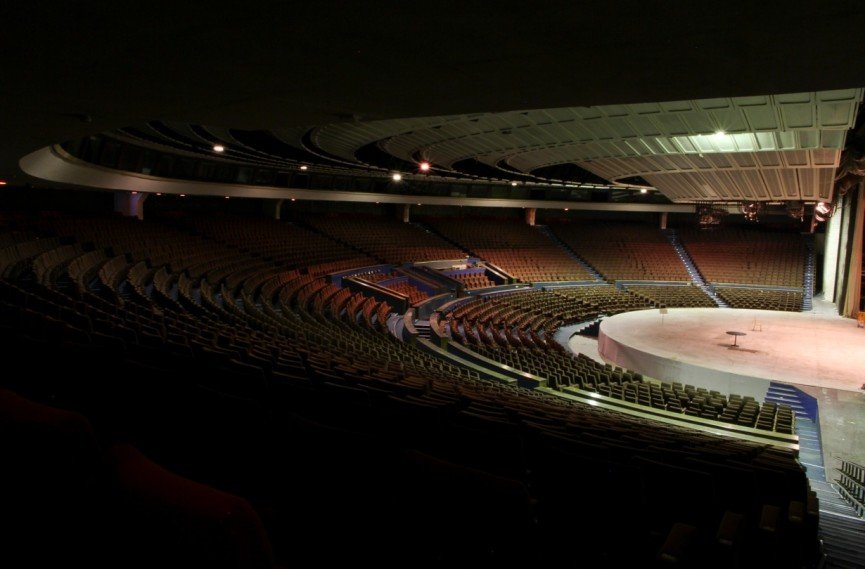 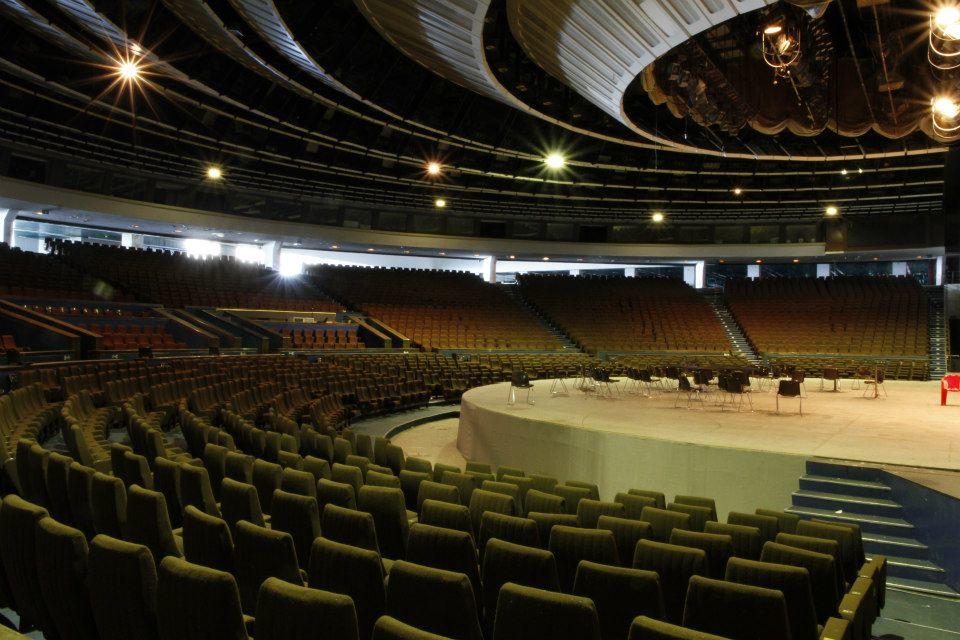 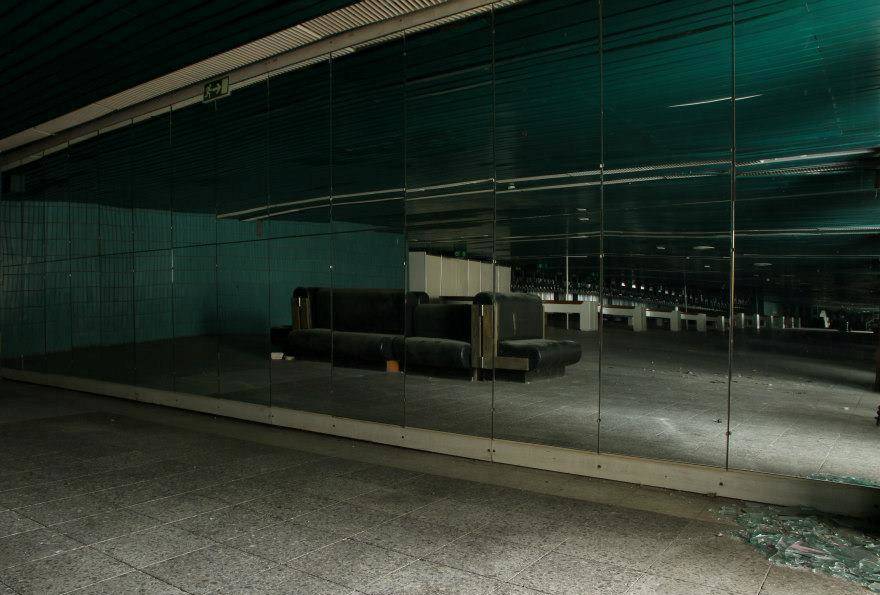 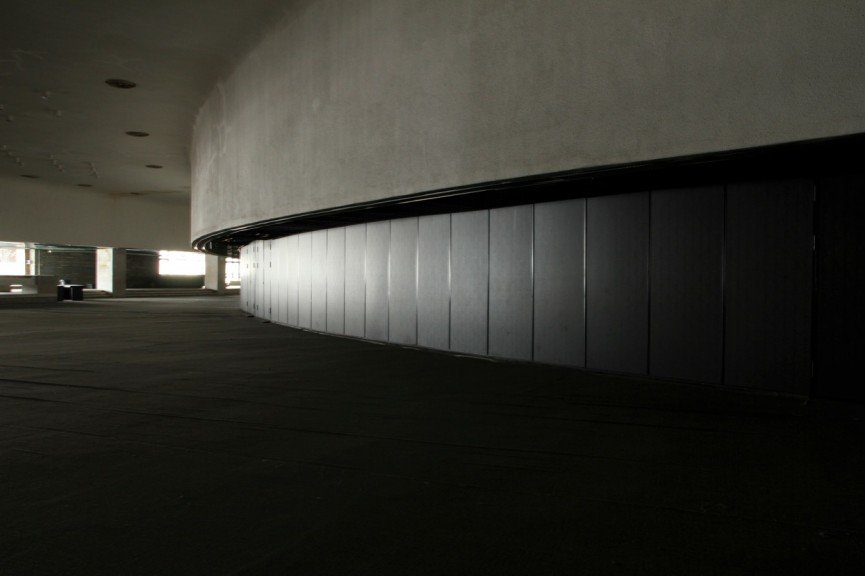 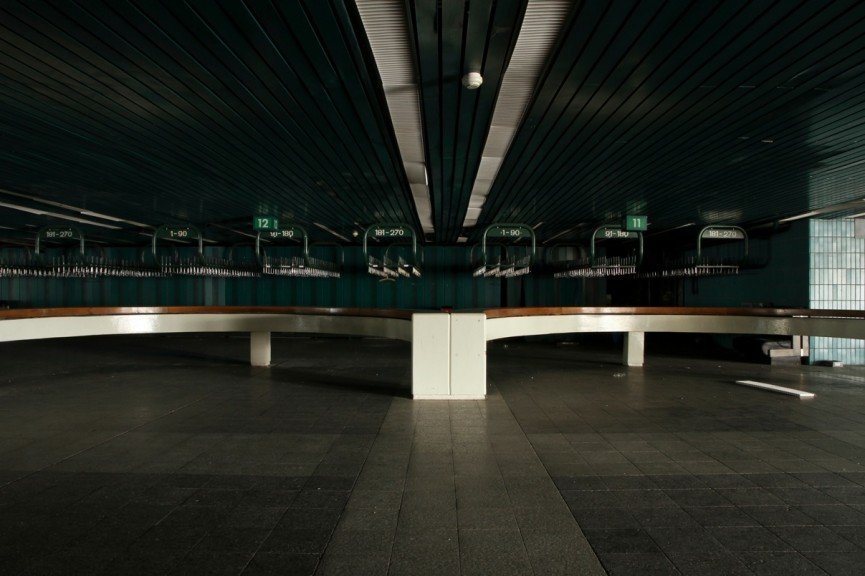 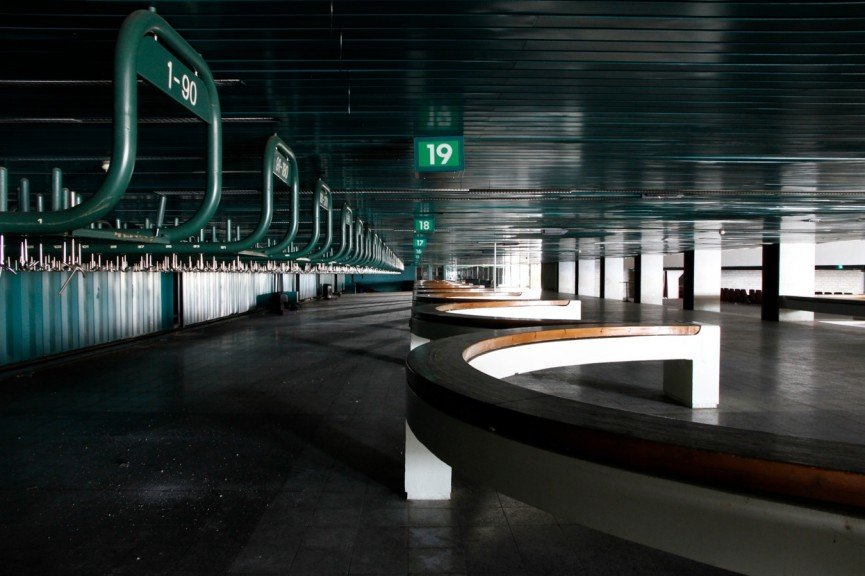 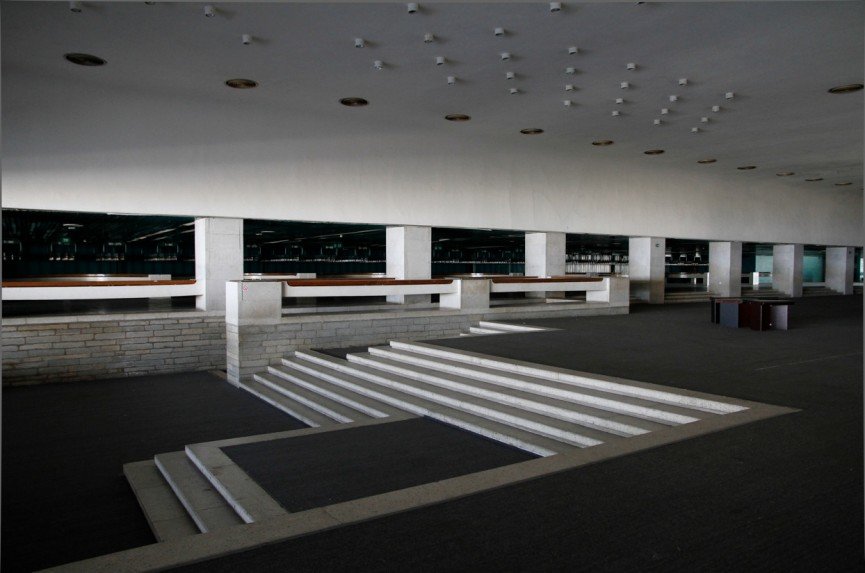 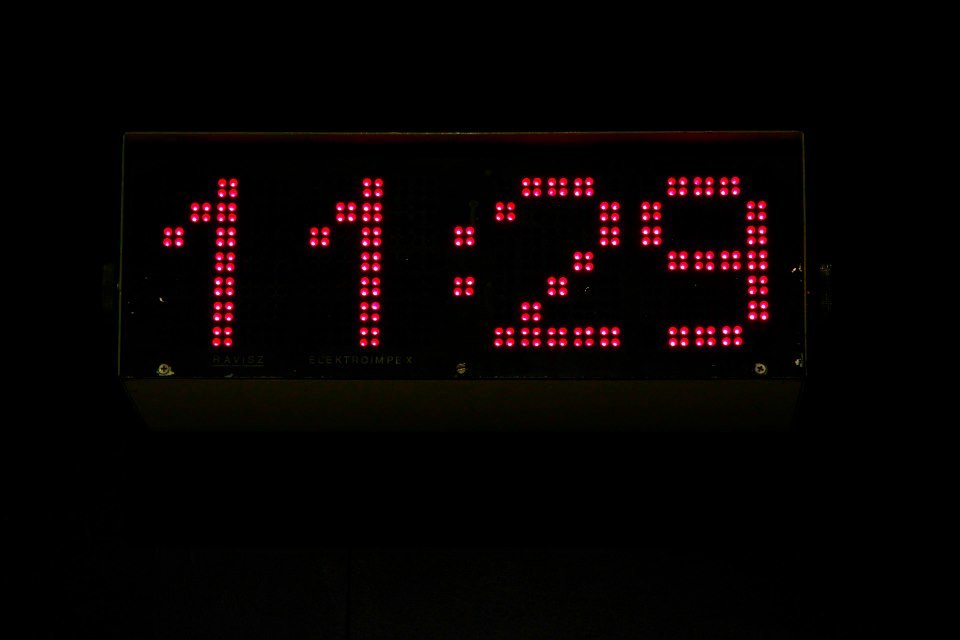 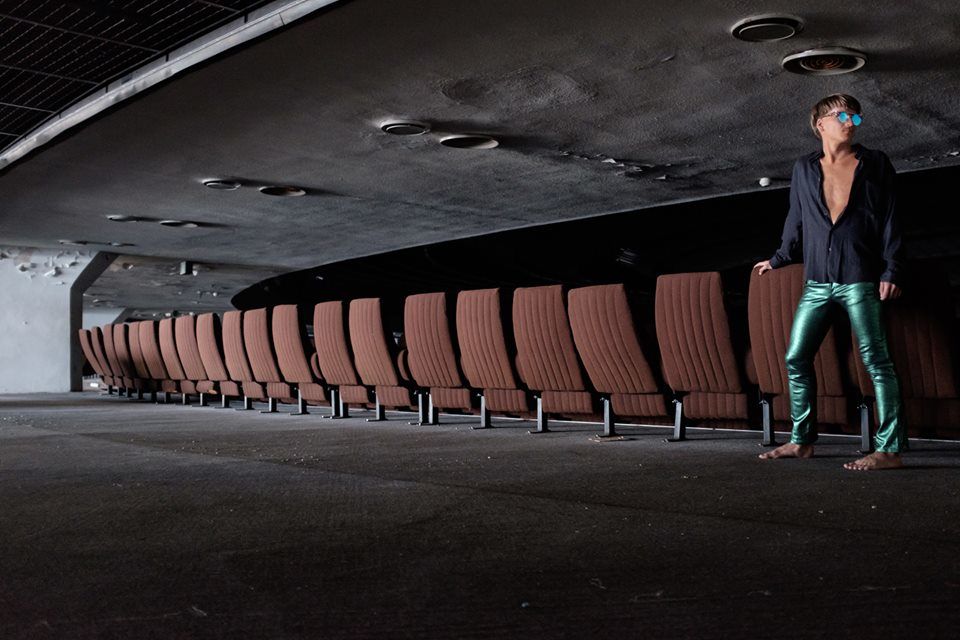 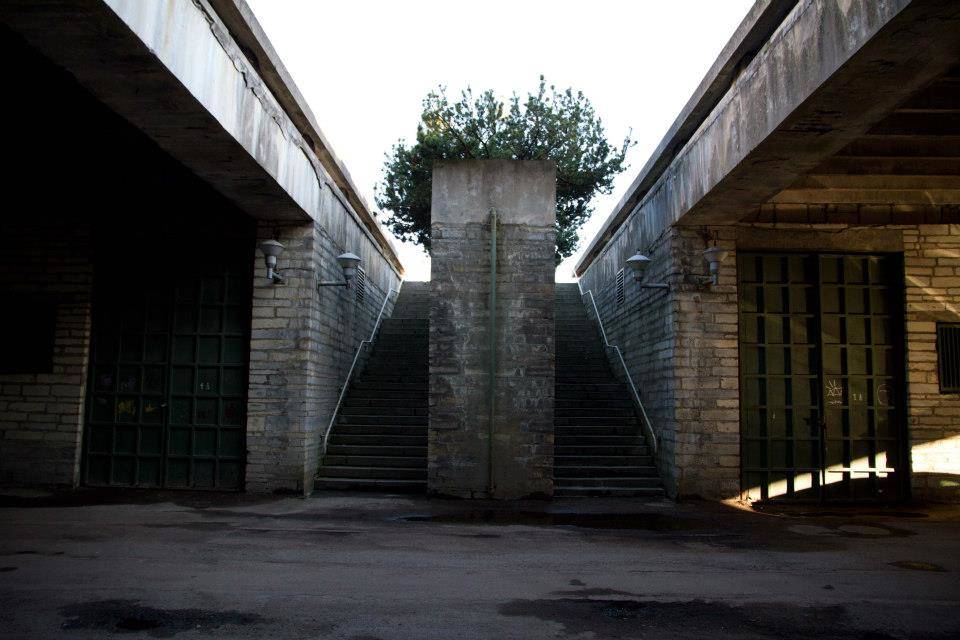 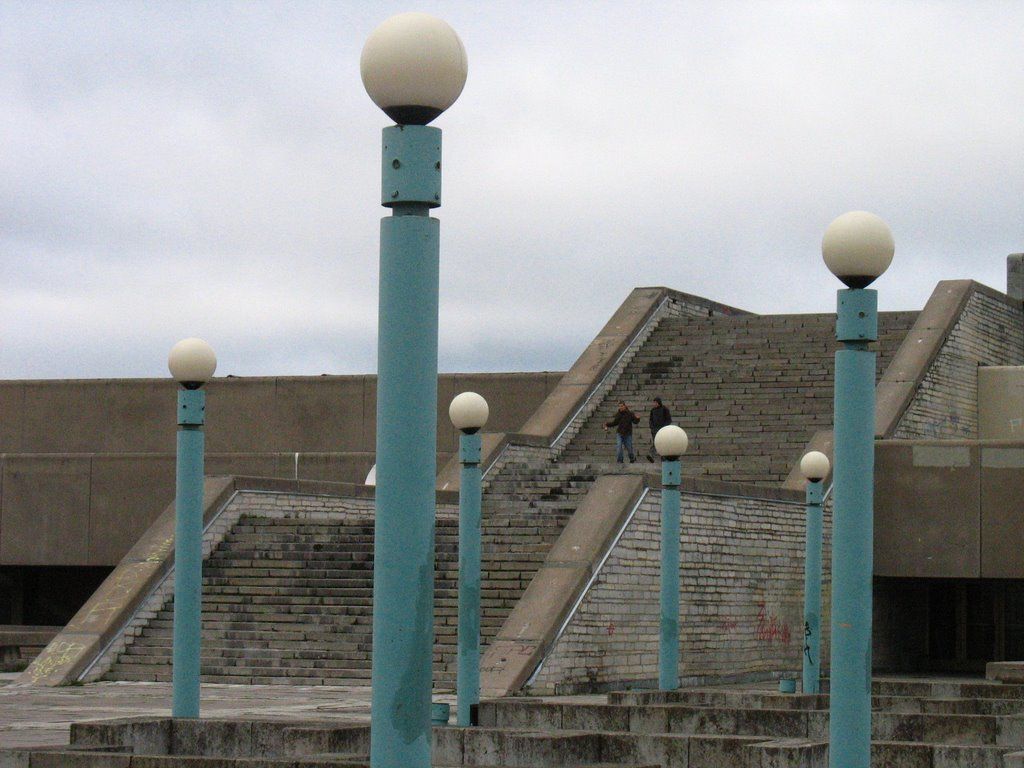 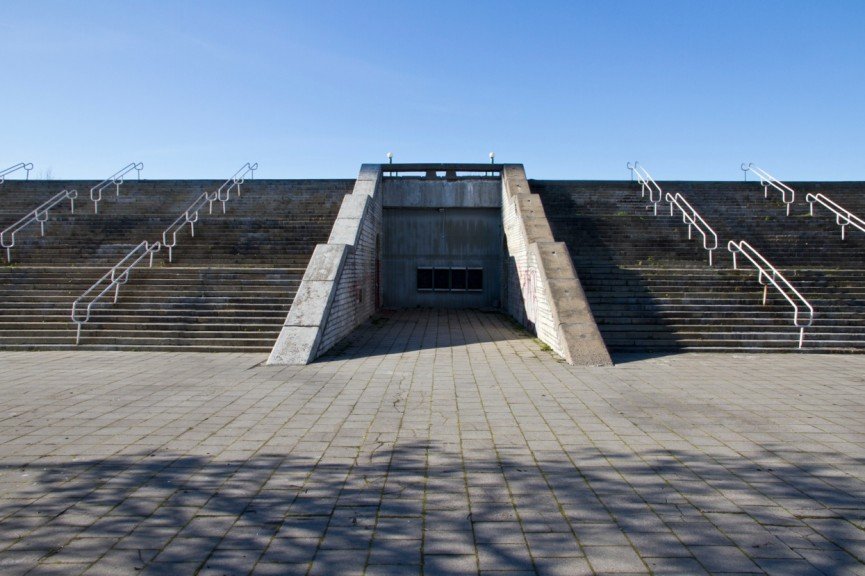 Photos courtesy of Ingel Vaikla/How Long is the Life of a Building,Joel Dullroy,Johan Huimerind. Cover photo by David De Rueda

3 thoughts on “PICTURES: What would you do with a giant Soviet-era ‘mothership’ in the middle of Tallinn?”