The International Holocaust Remembrance Day, 27 January, is a worldwide memorial day for the victims of the Holocaust, the genocide that resulted in the annihilation of six million Jews, two million Gypsies, 15,000 homosexual people and millions of others by the Nazi regime and its collaborators. The date marks the day on 1945, when the largest Nazi death camp, Auschwitz-Birkenau, was liberated by the Soviet troops. Estonia has been officially observing the International Holocaust Day since 27 January 2003.

Prior to the WWII, Estonia had a small but flourishing Jewish community. There are, in historical archives, records of individual Jews being in Estonia as early as the 14th century. But the permanent Jewish settlement of Estonia did not begin until the 19th century, when they were granted the right to enter the region by a statute of Russian Tsar Alexander II in 1865. Jews with higher education, or who were skilled artisans or successful merchants, were allowed to settle in Estonia and other parts of the Russian Empire.

Jewish cultural associations were established, as were, of course, Jewish congregations and houses of worship. The largest synagogues were built in Tallinn in 1883 and Tartu in 1901. Both of these were eventually destroyed in World War II during the Soviet bombing raids of March 1944. In 1913, there were 5,000 Jews living in Estonia, of whom 2,000 lived in Tartu and 1,100 in Tallinn.

At least 180 Estonian Jews, 70 of them volunteers, fought in the War of Independence (1918–1920) to help establish the Republic of Estonia.

The creation of the Republic of Estonia in 1918 marked the beginning of a new era in the life of the Jews. From the very first days of her existence as a state, Estonia showed tolerance towards all the peoples inhabiting her territories. In 1925, the Act of Cultural Autonomy for Ethnic Minorities was enacted in Estonia, giving minority groups consisting of at least 3 000 individuals the right of self-determination in cultural matters. Financial support was provided by the state. Thus, in 1926, the Jewish cultural autonomy was declared – first of its kind in the world.

For its tolerant policy towards Jews, a page was dedicated to the Republic of Estonia in the Golden Book of the Jewish National Fund in 1927.

With the Soviet occupation of Estonia in 1940, Jewish cultural autonomy, in addition to the activities of Jewish organisations, was terminated. The teaching of Hebrew and Yiddish, as well as lectures on Judaism and Jewish culture, were banned. All Jewish schools were closed and 414 Estonian Jews (10 percent of the Jewish community) were deported to Siberia in the course of the mass deportations of June 1941.

During the German occupation (1941–1944), the Nazis murdered approximately 1,000 Jews who had failed to flee Estonia (most went to the Soviet Union). In addition to the aforementioned Estonian Jews that were murdered by the Nazis, many Jews were transported to Nazi concentration camps in Estonia from other parts of Europe.

Unfortunately, number of  Estonians collaborating with the Nazis participated in the crimes committed against the Jewish people. But there were also many who risked their own lives to save the Jewish people from the Nazis, one notable example being an Estonian writer and academic Uku Masing.

During the second Soviet occupation (1944–1991), many Jews, among them many intellectuals such as Yuri Lotman, migrated to Estonia to escape the anti-Semitism prevalent in many parts of the USSR. Jews, for instance, often had difficulties gaining admittance to institutions of higher learning, especially in bigger cities. If young Jews were unable to find chances for furthering their education or for obtaining suitable employment in their home towns, they did not encounter such problems in Estonia.

By 1960, 5,500 Jews were living in Estonia, about 80 percent of them in Tallinn. There was, however, no rebirth of Jewish cultural life, because of the Communist Party’s hostile policies towards the Jews. From 1940 until 1988, the Estonian Jewish community, as elsewhere in the Soviet Union, had no organisations, associations nor even clubs.

Currently, the Jewish Community in Estonia consists of about 2,000 people. In 2007 a new synagogue was opened in Tallinn – it was the first synagogue to open in Estonia since World War II.

The film was made as Gavronski’s final project for her BA degree, while studying at the Royal Holloway, University of London – which she finished with first class honours in Media Arts. Gavronski went on to study Russian and eastern European politics at the University College London and she currently works as a television news reporter for the Estonian Public Broadcasting. 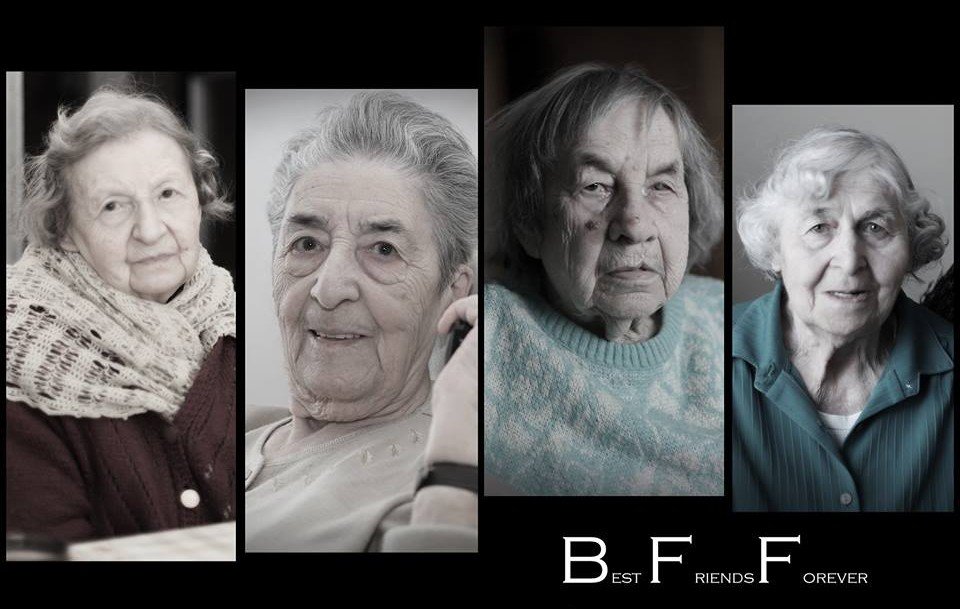 The film depicts four over 90-year-old Jewish ladies who have been friends since elementary school despite the hardships of their life. During the Second World War, when Estonia was occupied by Nazi Germany, they escaped to the Soviet Union with their families. After the war the four ladies returned to Estonia, where they were happy to realise that all of them had survived. The film tells a painful story while engaging in humorous moments and amplifying the importance of maintaining friendships.