What happens when an Estonian and a Russian meet up? The Estonian remains silent and listens to the Russian, no matter whether the latter comes from Tallinn or Saint Petersburg. Still, both Estonians and Russians value wisdom, amiability, and sociability in their conversation partners.

These are the stereotypes Estonians, as well as Russians of both Estonia and Russia, have about communication, as shown by a study conducted at the University of Tartu Institute of Psychology by Luule Mizera, Tiia Tulviste, Kätlin Konstabel and Enel Lausa. 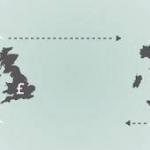 Usually, personality traits are the main focus in research of ethnic stereotypes. So, we know that Estonians treasure their diligence, honesty, peacefulness, and humble nature. It must be taken into account that politics and economy have an impact on stereotypes, while neighbouring nations are often described as opposite to those doing the describing – a bit like their mirror image.

Communication stereotypes stand for a social construct of a communication style attributed to a representative of certain culture or nationality. The scientists were interested in which kind of communicators Estonians and Russians consider themselves to be, as well as which features they see as characteristic of neighbouring nations. In addition to this, they wanted to know the concept of an ideal communicator for both nationalities.

Estonians’ communication stereotypes hadn’t been studied before, but there is data about Estonian and Finnish communication practices. On both sides of the Gulf of Finland there is resistance to social conversation. Russians, on the other hand, are considered to be impulsive.

Thus, the researchers expected that Estonians would value peacefulness and Russians openness in communication. It was also presumed that Russians would be considered to be cheerful and Estonians peaceful – by both nationalities.

In all, 281 persons were surveyed. 54 of them were exchange students from Saint Petersburg, and the others were students of both Estonian and Russian heritage living in Estonia permanently.

The participants had to characterise different nationalities’ communication styles and decide which one of two opposite adjectives works better in describing the communication style of a specific nationality. In addition to this, they had to describe what they considered an ideal communicator to be.

The Estonians thought of themselves as reserved, modest, and bashful. Russians were considered emotional, open, talkative, and friendly socialisers. Russians mostly see themselves like that as well. There were differences between the two selections of Russians. It could be presumed that Russians living in Estonia might be a bit more similar to Estonians, but, surprisingly, Russians living in Russia consider themselves to be less friendly than Estonian Russians. This might be a sign of Estonian Russians trying to be opposite to Estonians.

Both Estonian Russians and students from Saint Petersburg described Estonians as silent and polite. Those coming from Russia saw Estonians as slower a bit more. In Russia, there are anecdotes about the slowness of Estonians, which can lead to a cartoonish picture of the nation. Russians who have regular contact with Estonians are more used to their temperament.

According to the questionnaires, the respondents’ opinions about Russians tended to be more homogeneous. It may be that large nations have more consistent images. Furthermore, many Estonians have contact with Russians, while students living in Russia have only temporary contact with Estonians.

All groups of people questioned mentioned wisdom, friendliness, and sociability as attributes characteristic of an ideal communicator. Estonians’ opinion about their typical compatriot is more centred on reservedness. Thus, a typical Russian has more traits characteristic of an ideal communicator in the view of Estonians. Russians find these traits in themselves. It has been shown before that Russians mostly think well of themselves.

Disclaimer: This article was first published by the University of Tartu: http://blog.ut.ee/

Cover photo: Students at the University of Tartu Narva College where the studies are conducted in Estonian, Russian and English