On the occasion of pope Francis’ visit to Tallinn on 25 September, Estonian World picked ten facts about the current sovereign of the Vatican city state – some quirky, some admirable and some controversial.

• Jorge Mario Bergoglio was elected pope in 2013 after the previous head of the Catholic Church, pope Benedict XVI, had resigned. He chose Francis as his papal name in honour of Saint Francis of Assisi, saying he did so because he was especially concerned for the well-being of the poor. In 2013, he was named the Time magazine person of the year.

• At the age of 12, he fell in love with a girl from his neighbourhood. He reportedly told her, “If I don’t marry you, I’m going to be a priest.”

• Francis is a big fan of tango – as you might expect from someone with an Argentine background. Before becoming priest, he used to enjoy dancing the tango with his then-girlfriend.

• Throughout his public life, pope Francis has been noted for his humility, concern for the poor and commitment to interfaith dialogue. While archbishop of Buenos Aires, he lived in a simple apartment, rode the bus and cooked his own meals. Once elected pope, one could see him even making a surprising visit to the Vatican cafeteria to eat with local workers. 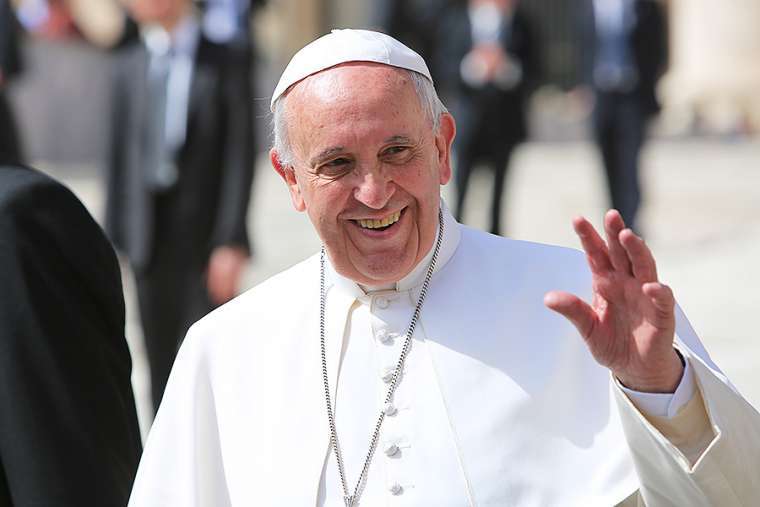 • In 2015, Francis helped facilitate an agreement and restore full diplomatic relations between the United States and Cuba, ending a 54-year stretch of hostility between the nations.

• It is fair to say that Francis has been more compassionate and tolerant pope towards LGBT people than any of his predecessors in our living memory – and quite possibly, in history. “If someone is gay and he searches for the Lord and has good will, who am I to judge?” he said during his very first news conference as pope, while discussing the gay and lesbian community within the church. Still, he opposes gay marriage.

• The sexual abuse scandals that have plagued the Catholic Church for ages have not left Francis’s reputation for fair judgment untarnished. In early 2018, he defended a Chilean bishop accused of covering up sexual abuse. Then in August 2018, archbishop Carlo Maria Vigano, a former Vatican ambassador to the United States, said that back in 2013, he had told Francis about allegations of sexual abuse against then-cardinal Theodore McCarrick, but the pope took no action. McCarrick, a former archbishop of Washington, resigned as cardinal in July 2018 after a decades-old allegation of sexual abuse of a teenage altar boy. In the light of the claims, over 46,000 members of Catholic Women wrote an open letter to Francis, “to pose questions that need answers”.

• While archbishop of Buenos Aires, Francis had close ties to the Jewish community of Argentina. After having been elected pope, he said, while addressing representatives of Jewish organisations and communities that, “due to our common roots [a] Christian cannot be anti-Semitic”.