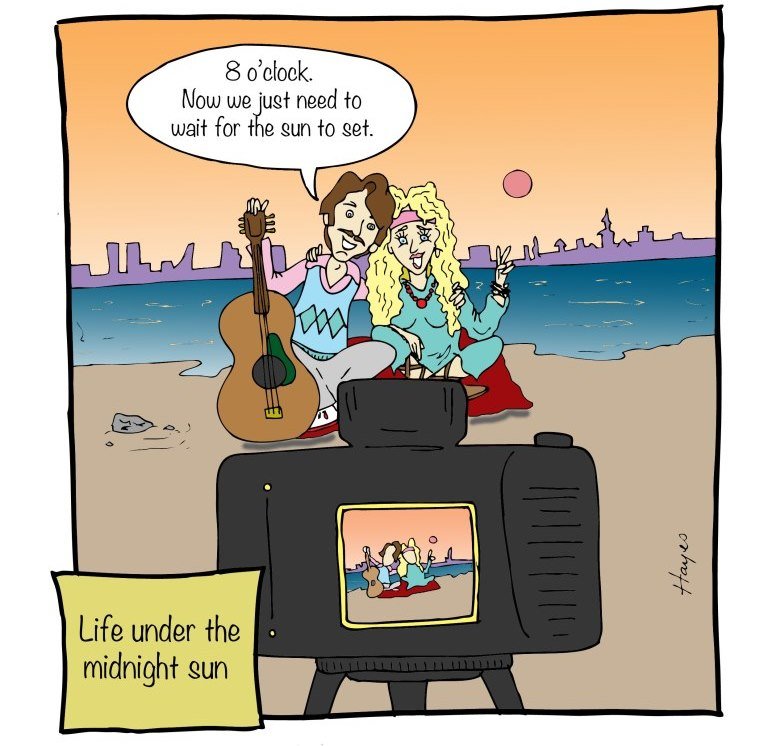 Estonia’s Midsummer’s Eve is associated with romance. In Estonian fairy tales and literature, there is the tale of two lovers, Koit (dawn) and Hämarik (dusk). These two lovers see each other only once a year and exchange the briefest of kisses on the shortest night of the year. Earth-bound lovers go into the forest looking for the flower of the fern which is said to bloom only on that night – and single people can follow instructions to see whom they are going to marry…

Dan Franch is an American living in Estonia. He was a high school sports writer at the Daily Herald in Chicago, a columnist and co-cartoonist at Wort newspaper in Luxembourg, a member at CLEW magazine in Luxembourg, and is a contributor to Estonian World magazine. Several of his poems can be found in various online magazines. Dan has traveled extensively and has lived in the US, Morocco, Luxembourg, Eritrea, Germany and now in Estonia.