I recently got back from my winter holiday in Estonia. I stayed in Pärnu which is a very lovely seaside city on the west side of the country. I have stayed in this town quite a lot as my partner comes from there and because I like it so much. Hence I decided some time ago that I should like to buy a piece of land there for the future. I am also very impatient by nature and having acquired the plot in 2008, I set about building a small property on it. This was completed in the summer of ’09 and I have had few good opportunities to enjoy my time there. And what a perfect time with a proper Estonian fairy tale winter as a backdrop.

We did quite a lot in few weeks. There were a number of domestic chores of the curtain hanging variety to consider, as well as entertaining friends and family in our very small but oh so! cosy sauna house. And when we weren’t engaged in home based activities we were able to use the very considerable amenities which the comparatively small town has to offer.

There is a very old and interesting Lutheran church in Pärnu called Elizabeth’s, which is also used as a concert venue. We went to an evening of choral works performed by the Estonian Male voice choir. The atmosphere was reverential and charming, very few people were present and it was hard to see how the evening made economic sense to the organisers, but for me it was what I imagined it could be. The music was as good as you would expect from one of the premiere choirs in Estonia and they even had a melody of classic English carols sung in English to make me feel quite at home.

One of the more amusing distractions of the evening for me was the apparent materialisation of Jesus come back to Earth.

Although plain by any standards, Lutheran churches often display a portrait of Christ behind the altar and this church was no exception. On this occasion the choir were arranged in tiers in front of the altar and therefore this painting stood directly behind the back row  Almost to a man the dress and appearance of the choir was conservative, neatly cut hair, closely shaven and middle aged. But there was  one guy who was completely different and it soon dawned on me why. This individual was a bit younger, had a long hair and a beard. He didn’t exactly have a halo framing his head, but the similarity between him (the singer) and the rendition of our Lord on Earth was spookily accurate. I stared. I nudged my partner. We both stared. Looking from one to the other (and from where we were sitting the two heads, real and imaginary, were side by side) it was impossible to tell the two visages apart. Same length hair, even the shape of the cut was the same. The beard was trimmed identically. The set of the eyes, the wide high forehead, everything seemed identical. I don’t know whether anybody else noticed, but it certainly added an extra frisson to my evening!

Our next entertainment was to be at the Pärnu Concert Hall. This is worthy of a mention in it’s own right. For such a comparatively small town, this is a major venue hosting international artists and as such, is one of the things that make Pärnu such a special place. The building itself is impressive and it’s modern facilities allow the visitor to have a sophisticated and relaxed time in the middle of a snow bound winters evening.

Because I am used to going out in London, I have very little concern about what I wear to a concert or the theatre. About the only place where it is still de rigueur to dress up is the Royal Opera House, but elsewhere it is entirely the norm to dress in jeans and t-shirt. I am aware however that it is a little different in Estonia and so I have a “going out ensemble” consisting of decent trousers and jacket, a shirt and an appropriate tie. I also usually have a pair of semi decent shoes. On this occasion my partner and I had a sustained discussion about whether these shoes were in London or here (in Pärnu). I was wrong as usual and had left the shoes behind and hence found myself with nothing other than trainers to wear.

I argued that no one would notice what I had on my feet, as I was quite sure most people don’t look at other peoples shoes. At least not where I come from. However, I was assured by my partner that I was completely wrong about this, that it mattered quite a lot. In the end, I prevailed as I was convinced that my trousers would cover my trainers – and anyway, I couldn’t afford Estonian shoe prices!

The evening came and I donned my aforementioned ’posh’ outfit replete with casual shoes. The snow was thick on the ground and we made our way through the foyer to the crowds, all talking, drinking and waiting for the performance to start. Not surprisingly I looked around me and was immediately struck by how well the average concert goer was dressed. However, I was not in the least self conscious of this and we went into the auditorium and took our seats.

When the interval came, we went to have coffee with friends whom we had bumped into upon arrival. I don’t know why, but it must be something about the lighting at the Concert Hall, because when I noticed one of our friends looking down at my feet, I looked down also. Unfortunately one of the things I had not taken into account about my shoes was the fact that they are covered in light reflective panels. Very good in the dark when walking home from a late night but not really too clever if you are looking to conceal your feet from public interest. At this point my (large anyway, size 46) feet suddenly took on monumental proportions; as if I was walking on phluorescent canoes!

One of the friends we were with is English too, and he motioned towards what I had assumed to be a queue of people waiting to get drinks from the bar. In fact, he explained, they were just enjoying the opportunity to observe their fellow townsfolk and were engaged in a slow circumnavigation of the reception area enabling them to gauge the current status of their compatriots.

By this time I was completely mortified and unable to move. How can you hide your own feet!? Well the simple answer to that is you can’t. So I had to just pretend that I always wear these shoes and ignore the fact, that I just knew that, all these curious Estonian concert goers who were very casually walking around, talking amongst themselves innocently watching their fellow music lovers, were secretly LOOKING AT MY FEET!

We had booked tickets for the Hennessey concert some days later. I went out and bought some black shoes. So now I am equipped to high Estonian standards when going out to a concert! 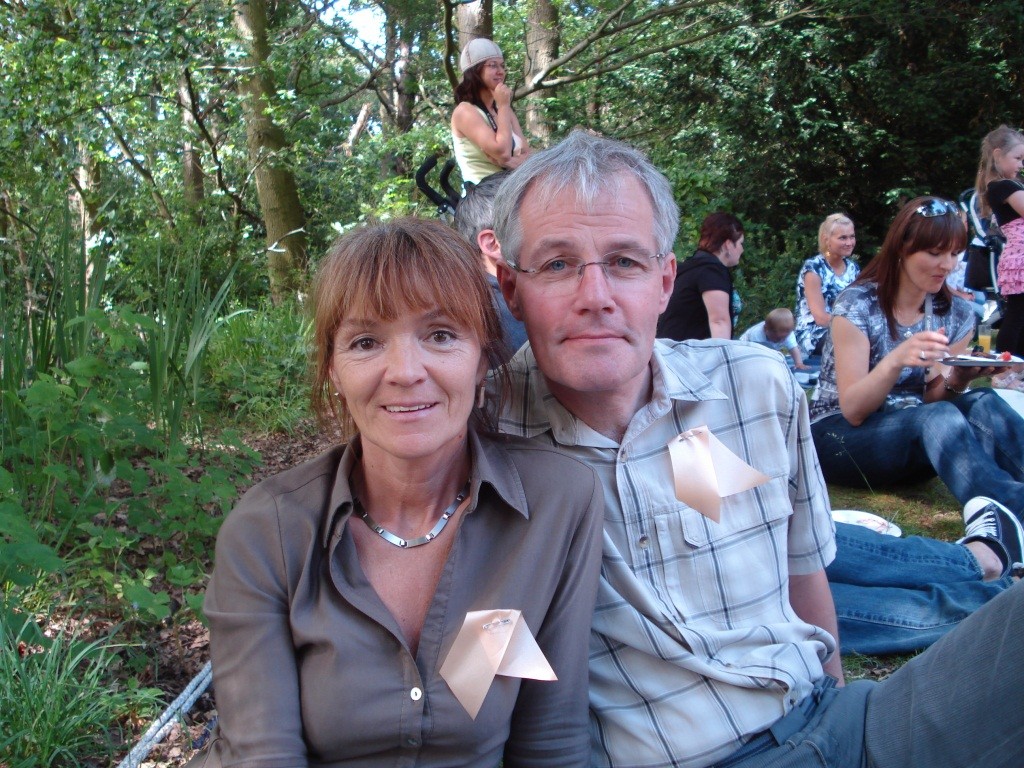