Russia is poised to gain technical superiority over NATO in areas that are crucial to the defence of the Baltic states. 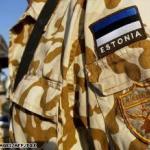 Scandinavian defence pundits are a sober bunch. But the latest report by the Swedish Defence Research Agency is a gripping read. Its 115 pages offer the first comprehensive and unclassified look at Europe’s biggest military security problem: how can a weakening NATO credibly guarantee the security of its least defensible members – Estonia, Latvia and Lithuania?

NATO has restored territorial defence to its strategic concept. It has drawn up contingency plans to defend its new ‘eastern’ members. A big exercise next year – Steadfast Jazz – will rehearse those plans. But for politicians and officials in Brussels and Washington, DC, any public discussion about dealing with an unfriendly Russia raises too many unpleasant and embarrassing questions.

But the Swedish authors – Bo Ljung, Tomas Malmlöf and Karlis Neretnieks, and the editor Mike Winnerstig – are able to say what NATO will not. The alliance has a serious credibility problem in the Baltic region. Its members there are too small to defend themselves, so they rely on the alliance’s guarantee. The neighbours most vital for their defence, Sweden and Finland, are not members of NATO. And NATO is cutting defence at a time when Russia is spending billions of roubles on updating its military.

That modernisation is, of course, plagued by corruption and bad planning. In the 2006-15 period, the report notes dryly that only “two of seven SSBN [ballistic-missile submarines] have been delivered, none of six attack submarines…22 of 116 fighter aircraft, 60 of 156 helicopters, four of 18 S-400 [air defence] battalions and one of five Iskander [battlefield missile] brigades. This does not look very encouraging from a Russian point of view”.

Slow progress is better than none. Russia’s haphazard modernisation comes at a time when NATO is cutting spending to the bone and beyond. Even if modern weapons systems comprise only 30%-40% of Russia’s inventory, the report notes, “a larger part of Russian systems will be newer than similar systems in NATO countries”. In other words: in areas where Russia is modernising, NATO’s technical superiority, which is often taken for granted, could disappear within the next ten years.

All this makes defending a thin strip of flat land on Russia’s borders particularly tricky. Deploying heavy NATO ground forces there is difficult: partly because of transport problems, and partly because these military assets are already scant and due to decline further as defence cuts bite. It will be hard, the report says, “to conduct effective defensive operations either in the Baltic states or from outside the area”.

So NATO must rely on air power. But Russia is giving “very high priority” to its air defences, which are already “far more capable” than anything that NATO had to deal with in ex-Yugoslavia, Iraq or Libya. Western reluctance to intervene in Syria is largely because of the difficulty of overcoming the S-300 system that the Kremlin sold to the regime of Bashar Assad. Russia itself has the still more formidable S-400 system, currently being deployed in the Kaliningrad region. And the S-500 is planned for delivery later this decade. “The outcome of a duel between Russia’s integrated air-defence system and NATO’s most advanced air assets is impossible to predict,” the authors note. NATO at full strength, of course, is far stronger than Russia. But by the time it musters its forces, the Baltics could be “overrun”.

Nobody says that such a scenario is likely. But security is about credibility. A weak defence encourages the other side to try its luck. The answer is clear: higher defence spending, more exercises and closer NATO ties with Sweden (and Finland). Any takers?

Disclaimer: This article was originally published by European Voice.