On Thursday, the Estonian parliament, Riigikogu, is to vote on the Civil Partnership Bill that would grant same-sex couples rights and responsibilities similar to a marriage between a heterosexual couple.

By passing this law, Estonia would become the first former Soviet republic to do so, and take another step towards socially inclusive and tolerant environment of Scandinavia, rather than current Russia, which under president Vladimir Putin has increasingly drifted towards homophobia.

The gender-neutral civil partnership bill would entitle same-sex couples the same rights as married opposite-sex couples, such as property rights, next-of-kin rights in hospitals, inheritance rights and so on. Naturally, a full legal recognition would also be another step forward helping more gay and lesbian couples “come out of the closet” – to live their life with their loved ones openly and without a fear of condemnation by anyone.

Pretty straightforward common sense in the 21-century Europe, one would say, right? Unfortunately, 23 years after regaining independence from the Soviet Union, Estonia still seems to lack common sense when it comes to equal rights and tolerance for all. A recent poll on the issue showed the majority of Estonians were against the bill allowing same-sex civil partnerships.

The United Kingdom passed a similar act ten years ago – in 2004. All three main parliament parties lent their support. This year, the UK introduced same sex marriage, a final step on a tolerance-for-everyone ladder.

In strong contrast to Estonia, where the conservative Isamaa and Res Publica Union is fiercely opposed to giving same-sex couples the same legal rights as everyone else, the legislation for same-sex marriage in the UK was introduced by the Conservative Party.

Again – the logic clearly makes sense: the more people are in happy, stable, safe relationships, the better for the society as a whole. Encouraging same-sex couples to legally register their union strengthens devotion and makes people happier in the long term. In most developed countries, even Christian churches have understood this. Apart from the Orthodox Judaism, most Jewish denominations also support same-sex unions. The American branch of Conservative Judaism formally approves of same-sex marriage ceremonies.

So what’s wrong with Estonia?

Estonia has, in last 10 years, taken a great pride in its achievements and become one of the most digitally savvy and forward-looking countries on earth. Estonian World has for over two years written about many great Estonian success stories. Yet, when it comes to general attitudes towards minorities – both sexual and ethnic – it’s lagging light years behind compared with its northern neighbours, Finland and Sweden. 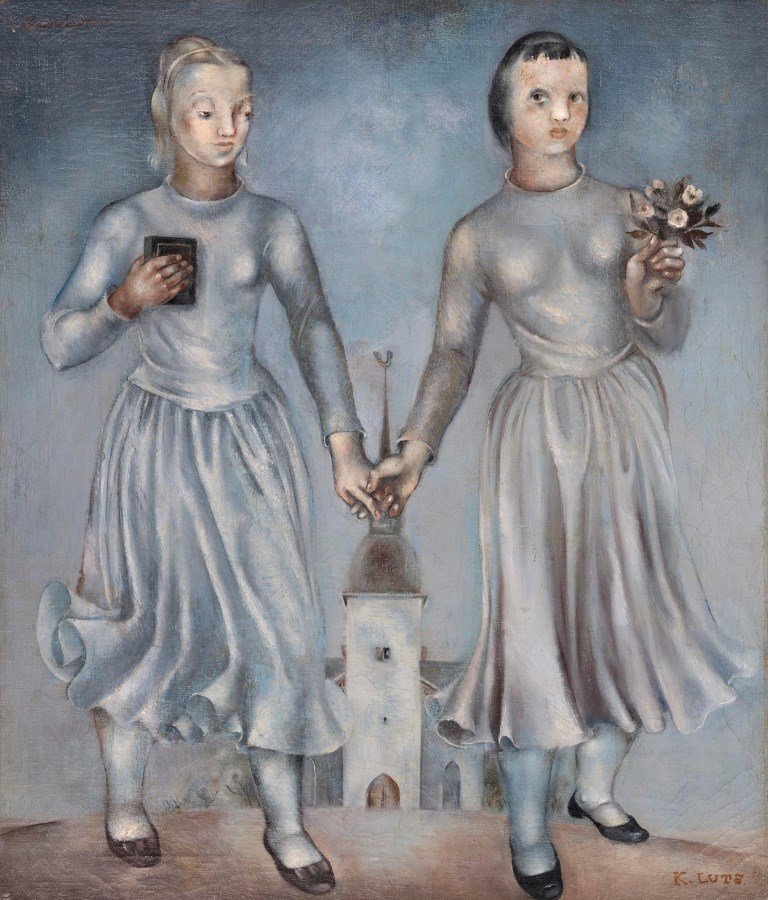 Perhaps what’s most grotesque – despite the fact that Estonia is considered to be one of the least religious countries on earth, the public mood against the civil partnership bill has been negatively influenced by a pseudo-Christian movement, insincerely named “the Foundation for the Protection of Family and Tradition”.

The British actor and intellectual, Stephen Fry, indicated last week in the article for the Independent that the sanctimonious Estonian movement has been financed by The World Congress of Families (WCF) – a US-based evangelist group that has teamed up with the Kremlin-backed Russian anti-gay groups to parachute into Estonia huge quantities of money with which to browbeat, bully and blackmail parliamentarians, with which to spew out tens of thousands of automated provocative hate-speech emails, with which to produce booklets for every Estonian home repeating the usual vile libels about homosexuality being akin to paedophilia.

Whether the Estonian anti-gay movement has been financed by foreign lobby-groups, remains to be proven, but one is clear – this so-called “Christian” movement was mobilised only against the same-sex partnership bill. Many Estonian people are naturally asking – where were these “Christians” when thousands of children from poor families were suffering hardship? Or why are they not speaking against high divorce rates in the society? Or even perhaps against extramarital affairs? What kind of anger or hate makes a group of people to activate against a small percentage of people – about 4 percent in Estonia – who would have same rights as everyone else, without taking something away from the rest?

Most of the Estonians who live abroad have become more tolerant towards minorities and diversity than the folks back home. Many know that lots of Estonian gays and lesbians have left the country – to Berlin, New York, London, Stockholm and so on. Yes, there are some who have left for common reasons. And no, Estonia is not Russia – gays are not physically attacked. But many have left because of verbal abuse or the general feeling that they cannot live their lives openly enough in Estonia. They are people like any – IT-guys, designers, actors, businessmen, artists. There’s no shortage of places on Earth where talents are always welcome. At the end of the day, it’s Estonia’s loss.

Therefore, we argue that the recent homophobic behaviour by “the Foundation for the Protection of Family and Tradition” and by some of the Estonian parliamentarians is not only a hate-crime against sexual minorities – their conduct is clearly against the long-term interests of the entire Estonian nation and should be clearly condemned.

The predecessor of IRL, Pro Patria Union, was in the early 1990s the party that under the Prime Minister Mart Laar introduced quick reforms and led Estonia to join the European Union and NATO. At the time, it was seen as the party of better future, taking Estonia forward rather than backward.

Many figures from IRL were in government when Estonia joined the European Union in 2004. In order to join, Estonia had to accept the European values when it comes to LGBT rights. Article 21 of the EU Charter of Fundamental Rights explicitly prohibits discrimination based on sexual orientation, while Article 19 of the Treaty on the Functioning of the European Union allows taking appropriate action to combat this type of discrimination.  Homophobia – a mixture of negative attitudes and feelings towards lesbian, gay, bisexual and transgender (LGBT) people – is an unacceptable violation of human dignity and it is incompatible with the founding values of the EU.

Estonian World calls all the Estonian politicians and opinion leaders to remember that every single Estonian should be valued equally and treated without discrimination – this also means a legal right for LGBT people to register their partnership on exactly the same grounds as everyone else.

Estonian World unequivocally supports the Estonian Civil Partnership Bill and calls for the Estonian parliament to show statesmanship and pass the law on Thursday.

UPDATE: Estonia has made history! On Thursday, it became the first former Soviet republic to pass gender-neutral civil partnership bill, giving same-sex couples the same rights as opposite-sex couples. Estonian Parliament voted 40 against 38 to pass the bill into law.

1 thought on “Editorial: It is time for Estonia to pass the Civil Partnership Act – UPDATED!”