Canadian-Estonians Marcus Kolga and Laas Leivat propose to engage hundreds of thousands of Estonians living abroad and establish their official representation in the Estonian government and parliament.

Estonia’s domestic population is declining, but our global population remains stable. While we desperately seek ways to create more Estonians, there are 200,000 proud Estonians living outside the country’s borders.

Many of us are temporary economic migrants who have travelled abroad in search of prosperity and stable incomes; some of us have emigrated in search of sunshine and warmer weather.

Many of us are the decedents of refugees – like the former president, Toomas Hendrik Ilves – who left behind homes and families to escape the Nazi and Soviet tyranny. They were simple farmers and wealthy entrepreneurs, who gathered few belongings and risked the dangerous Baltic and flooded roads, in search of peace and refuge for their parents, wives, husbands and children. Formerly wealthy ship owners and fishermen alike, were forced to pick up paint brushes, saws and shovels to put food on their tables.

They worked to survive. They worked to keep their families alive. They were often ridiculed for being refugees or displaced persons. A boy named Aare changed his name to Dave because the abuse he received at school for having a strange sounding name became too much to bear. Others went to great lengths to assimilate to their new countries and surroundings.

Despite the hardships imposed by poverty and discrimination, they persevered. And throughout it, the hope of a free Estonia and the joy of passing along Estonian culture and language to newer generations became a positive source of hope that drove our Estonian communities on.

Neither that joy or that hope has never died. When Estonia restored its independence, we needed to rethink how we engaged with our Estonian heritage and culture.

Estonians abroad are ready to be engaged

A generation has passed since then, yet our pride, as Estonians and in our heritage has not ebbed. Our country’s achievements in many areas have become a source of pride. In Canada, the government looks to Estonia and our community as a model of innovation.

We are a small, but much admired moral leader among our allies, because when Estonia commits to something, we follow through – completely. The reputation of our people, our moral fortitude and the strength of our ethic – both at home, and abroad – is highly regarded.

Yet we look in our collective mirror, as a nation, and we fail to recognise the strengths that have made us so successful.

There are 200,000 of us living outside of our borders. That’s half the size of Tallinn.

Among us are highly skilled, experienced and successful entrepreneurs, teachers, architects, political analysts, writers, economists, musicians, programmers, filmmakers and much more. Perhaps most importantly, we identify ourselves as proud Estonians. Estonians who want to help the nation of our heritage to grow and prosper – if only engagement were facilitated.

The Estonian Central Council in Canada, representing the estimated 40,000 Estonians living in Canada, developed two recent policy proposals to help do just that. 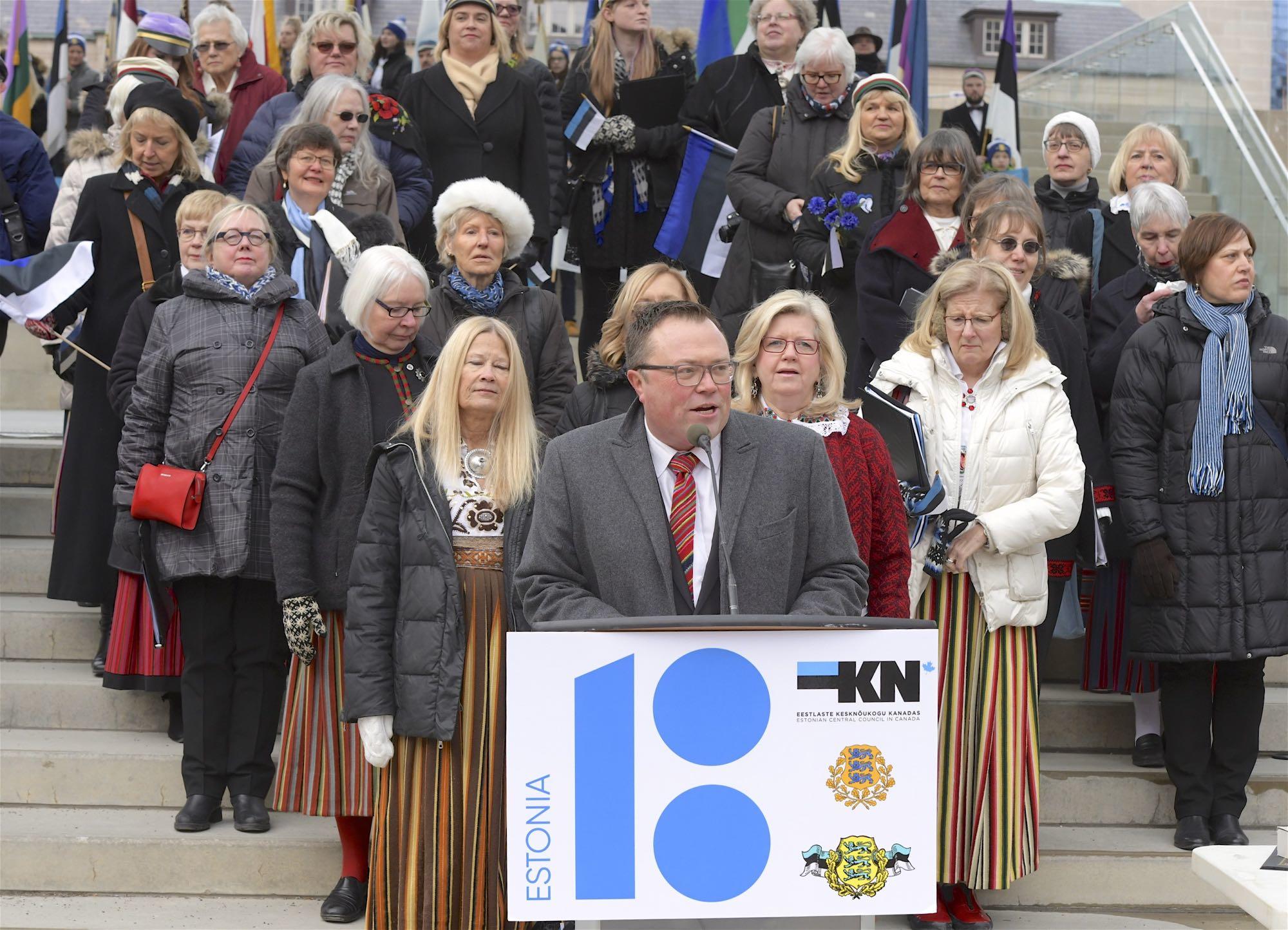 First, the government of Estonia should establish a high level, ministerial position and office to help facilitate greater engagement, communications and coordination with our diaspora groups. By communicating national strategies and priorities, our diverse Estonian communities abroad, can be better directed to work together to support them.

A minister and their staff, who are focused on communicating and building cooperation in this highly specialised task, will be more effective than simply relying on Enterprise Estonia or our already over worked diplomats to do this. The rewards of this relatively inexpensive effort will be seen within a year or two and will further expand Estonia’s global footprint.

Second, the 200,000 Estonians living abroad require direct representation within the parliament in order to energise engagement and secure their Estonian identities. The Estonian Central Council in Canada has suggested that one or two seats be offered for representatives who will be elected by the Estonian diaspora – one seat for Canada, the US and Australia, and the other for Europe. Like their counterparts in France, Italy, Portugal or Latvia, these representatives will engage in the national debate and vote on Estonian legislation.

We recognise the amendment of Estonian elections laws may take time. In the meantime, we recommend that a standing parliamentary committee on diaspora affairs be created. The recently created parliamentary friendship committee, headed by Marianne Mikko (a social democrat MP – editor) is a positive first step.

Improving and developing deeper ties between the international and domestic Estonian communities is critical to the growth and survival of our nation. The proposals to do this deserve serious consideration by the Estonian government to improve and establish a permanent channel of engagement.

As historian Imbi Paju and the former president, Lennart Meri, have said, “eestlus peab olema kui globaalne küla” (“Being Estonian has to be like a global village”). As a nation of global Estonians, we are stronger and will continue to grow far into the future.

Cover: Members of the Estonian-Canadian community celebrating Estonia’s independence day in Toronto on 24 February 2018 (photo by Peeter Põldre/courtesy of Eesti Elu). The opinions in this article are those of the authors.