LGBT rights (that’s lesbian, gay, bisexual and transsexual for the unaware) have always been an emotive issue. The US, UK and France have announced plans to enshrine marriage equality in law and, at least in the latter two, there is a likelihood of this political plan becoming a legal reality.

Whilst feelings on both sides of the issue are deeply held, the tone of the debate, at least in the UK, seems to be fairly sporting. Columnists such as Cristina Odone have articulated their opposition to the plans without recourse to the language of the playground bully and the debate is all the richer for it.

Yet in Estonia, where there isn’t actually a gay marriage conversation currently underway, some people have been saying some rather unsavoury things. This, for those aware of Estonia’s recent history, is not in itself shocking. Despite its EU and eurozone membership, its reputation for electronic modernity and positive economic indicators, the country is one which just over two decades ago was part of the Soviet Union, where homosexuality (amongst many other things) was illegal. Therefore, the fact that homosexuals can live openly in Estonia, visit gay clubs and host gay pride parades is something to be thankful for. But, in 2003 this was promising news for a former Soviet state. In 2013, it’s not enough.

Last week, Estonian newspaper Eesti Ekspress printed a transcript of an email conversation in which former Olympic gold medalist and now IRL MP (member of parliament for Pro Patria and Res Publica Union) Erki Nool let slip that he regarded homosexuality as an easy problem to correct – in the same way that heterosexuals can control their “desires”, so can homosexuals, he claims. Had he stopped there he might have escaped controversy. As bizarre and offensive as his comments were, they could have been spun as merely the deluded ramblings of somebody who doesn’t understand the human condition – a relic of a bygone era. Someone who is bête comme ses pieds, if you pardon my French. 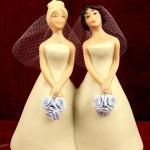 But Nool went further to compound his (already substantial) offense by suggesting that the company of homosexuals was something that should be avoided altogether. In doing so, he crossed an important line. There is a world of difference between attacking homosexuality and attacking homosexuals. Homosexuality is a place on the human sexual continuum, a natural continuum on which we are all placed. Homosexuals are people. Living, sentient beings, with emotions and thoughts. And feelings.

I shall not dwell on Nool’s words any further for I have learned over the years that the dissection of prejudice is pointless. Something as irrational as homophobia does not bear close scrutiny, as prejudice itself conforms to no rules of logical thought (even the word ”homophobia” is founded on irrationality – nobody is scared of homosexuals in the way that an arachnophobe is scared of spiders). It is sufficient to say that his words are drawn not from the very liberal traditions that allow him the freedom to speak so offensively, but from the Soviet Union itself. But history has taught us that you cannot stop stupid people saying stupid things. What does matter is the response of society as a whole.

Estonia has so far been lucky. It hasn’t been tarred with the same brush as Poland, Russia and Latvia, which, despite the occasional promising glimmer of hope, have failed to deliver anything meaningful on LGBT rights. A friend of mine, born in Warsaw in the late eighties, says he won’t be returning to Poland any time soon because, in some places, ”it just isn’t safe to be gay”. Abuse of LGBT people in these countries and others, whether physical, verbal or legal, has been well publicised. Thus far, Estonia has (more or less) avoided being labelled as one of the ”anti-gay” bloc. But people like Nool give a powerful voice to sentiments that worry those in Western Europe.

The time has come for Estonia’s political leaders to act. It is not simply enough to issue a half-hearted apology for making people feel, in IRL’s woefully understated phrase, ”uncomfortable”. Being told that normal and right-thinking members of society should actively avoid you doesn’t induce discomfort alone; it induces fear, worry, hurt and anger. The response from the Estonian political establishment has been non-existent. Estonians need to understand that a beautiful old town and a good investment climate are not enough to attract people to move to their country. Thousands of Estonians across the world now enjoy the freedoms that their EU passport brings them, without the xenophobia and racism that used to befall those of Eastern European extraction. It would be a tragedy if xenophobia abroad were to be replaced with homophobia at home.

The opinions in this article are those of the author. Images courtesy of Wikimedia Commons.
502 shares