Estonia has made major strides towards innovation in recent decades, now widely regarded as one of the most advanced digital societies in the world. Continuing this trend of innovation, Estonia is now liberalising its economic migration system and introducing startup visas to attract migrant entrepreneurs to drive further growth.

Estonia is not known to be an immigrant country. Instead, Estonia is better described as an emigrant country with more people leaving the country than arriving. Emigration from Eastern Europe has been dominated by educated and young people, which has been a major challenge to Estonia’s international competitiveness and economic growth. The IMF estimated in 2016 that between 1995-2012, the cumulative real growth rate of Estonia would have been eight percentage points higher if the skilled emigrants had not left the country.

In a free society, there are no ways in which to restrict emigration, yet you can shape policy to encourage immigration and achieve a positive net migration policy through that. This is precisely what Estonia has been trying to achieve in recent years. Since 2013, Estonia has been carrying out comprehensive immigration reforms with the aim to create a system that is more suitable for the 21st century. These reforms have sought to make Estonia more attractive to skilled professionals, who could contribute to our economy and society.

The most recent round of amendments passed as recently as in December 2016 and will be coming into force in several stages throughout 2017. Besides streamlining and simplifying the processes overall and exempting tech professionals and start-ups from the regular immigration quota cap, the amendments include the creation of three new categories of immigrants: intra-company transferees (ICTs), investors and startup entrepreneurs and employees.

The latter, however, is perhaps the most important and fundamental change in the existing system. The previous regulation put start-ups at a disadvantage as the same requirements that are in place for regular companies were also applied for start-up entrepreneurs. These included, for instance, the general investment requirement (€65,000) to apply for a residence permit for entrepreneurship or the salary criterion (a gross salary that was at least equal to the annual average wage in Estonia, multiplied by the coefficient 1.24) to hire a foreign employee.

While such requirements might make sense for established companies, they tend to be too harsh for someone just starting out. The newly-created startup visa, however, does not apply such requirements.

Instead, the applicant fills out a form in Startup Includer about their startup for the Startup Committee. The committee, consisting of members of the Estonian startup community, will then review the application about your startup and make a decision within ten business days whether your company qualifies for pursuing the startup visa or not. If successful, the new regulation gives foreign entrepreneurs the opportunity to settle in Estonia for up to 18 months to establish their startup. Once they have established the company, it is possible then to apply for a temporary residence permit for entrepreneurship, which can be issued for up to five years. 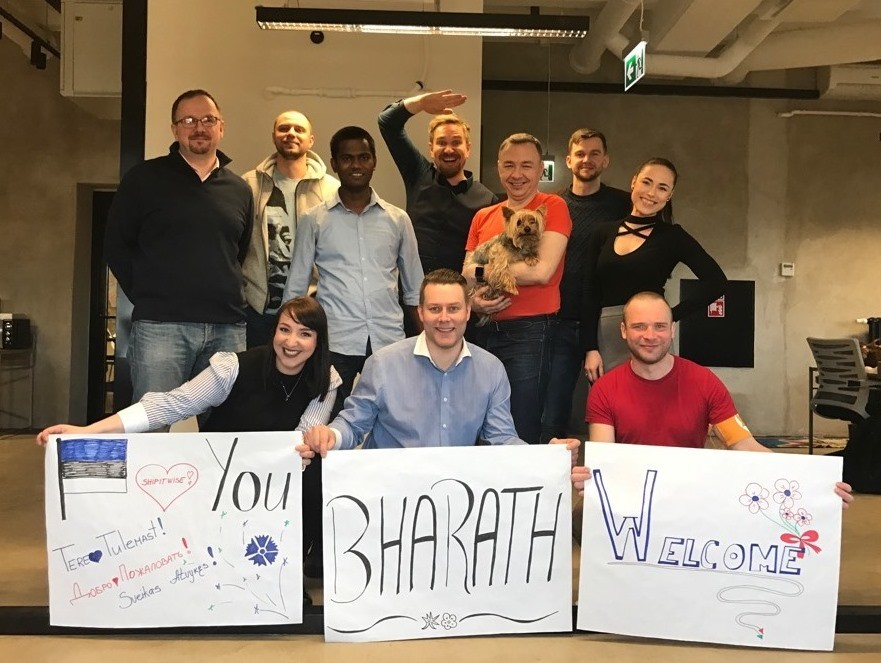 In many other countries, start-up visas are intended primarily for foreign founders, but the recent amendment also allows Estonian startups to use the visa to hire foreign employees. This is intended to help local companies to find the specialists they need to scale up and grow faster. There are more than 330 Estonian startups already preincluded (eg, Transferwise, Pocopay and Bondora), who do not have to go through the Startup Committee application.

The creation of a startup visa signifies a departure from the more traditional approaches to immigration in Estonia, whereupon existing economic, cultural, historical or family ties were seen as the main basis for entry and legal stay in Estonia. Now, however, the potential to contribute to both economy and society is sufficient to grant an entry to the country. In other words, it does not matter what you have or who you are, but who you could become and what you could bring to the table.

Why does it matter?

While some countries have had visa pathways for foreign entrepreneurs for decades, the global rise of startup and entrepreneur visas has primarily taken place over the last ten years. It resulted from a need to liberalise restrictive national immigration systems, which had unintentionally come to restrict innovation and job creation in many countries. Once the economic crisis hit the global economy, there was also more political will to address this problem.

Over the decade leading up to the economic crisis of 2008, immigration systems had become increasingly restrictive. Partly due to 9/11 and the growing fear of terrorism, but also due to general negative sentiments that depicted migrants as an economic burden, putting pressure on national welfare systems. This meant that most migration systems were set up in a way that made legal labour immigration available only to those foreigners, who had already secured a job (and possibly also employer sponsorship) before their arrival.

There were thus only very limited ways for possible immigrant entrepreneurs to emerge out of these systems.

Yet immigrants make great entrepreneurs if given the opportunity. Let’s take the example of the United States. While Americans are often viewed by the rest of the world as entrepreneurial, immigrants there are more than twice as likely to start a business as native-born. In 2011, migrants were responsible for 28% of all businesses founded that year, outpacing their share of the US population (12.9%). Moreover, in the last 15 years, immigrants had increased the rate by which they started businesses by more than 50%, while the native-born had seen their business generation rate decline by 10%.

“Immigrants make great entrepreneurs if given the opportunity.”

Migrant entrepreneurs are particularly important part of the ecosystems in technopoles and innovation clusters like Silicon Valley. Between 1995 and 2005, 52% of all high-tech companies started in Silicon Valley had at least one immigrant founder and foreign nationals residing in the US were named as inventors or co-inventors in 24.2% of international patent applications filed from the U.S. in 2006.

Estonia has sought to brand itself at the digital cutting edge in Europe, but until now this strategy has overlooked one critical dimension – attracting the necessary human talent.

Migrants and migrant entrepreneurs can play a key role in the creation of new businesses and intellectual property, which is attractive to national governments still trying to recover from the impact of the economic downturn and stimulate economic growth. This potential, coupled with the general talent gap (especially in STEM industries), has made governments more and more willing to open their door to foreign tech talents, including Estonia.

The startup visa should not be viewed solely as an immigration issue, but an integral part of broader economic policies. The ability to attract and welcome the most creative individuals from all over the world will make or break economic centres in the years to come.

Dr Ave Lauren is a migration expert in economic migration for the European Migration Network (EMN). The EMN is a European Commission-coordinated expert network to provide up-to-date, objective, reliable and comparable information on economic migration and asylum to inform policy development at national and EU levels. Ave finished her PhD in economic geography at the University of Cambridge, where her research explored the rising socio-economic heterogeneity among new migrant communities in Silicon Valley and the San Francisco Bay Area and the role of companies in community-making and identity-formation processes of highly-skilled migrant groups. Her previous work has looked at Eastern European migrant communities in London and post-refugee communities in Toronto, Canada. She has also held a fellowship at the John W Kluge Center at Library of Congress in Washington, DC, working on issues related to the highly-skilled immigration to the United States.