In rejecting the asylum plea of Omar, an interpreter who worked with Estonian troops in Helmand province in southern Afghanistan, the Estonian government this week thumbed its nose at pretty much everything that’s been going for it in recent history. 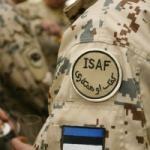 Admittedly, it may have thought itself in good company after the British government took a similar stance. But there, the Afghan interpreters’ story hasn’t played itself quite out yet. The British courts must now decide whether the government acted lawfully. Omar, unfortunately, will have no such vibrant culture of civic activism to fall back on in Estonia. As the country’s president is fond of quipping, Estonia’s Kennel Club’ is by far the largest NGO in the country. Nor will Omar have recourse to a judiciary capable of overturning the Estonian government’s decision.

But the disadvantage at which Omar finds himself is greater — and more insidious — than being in receipt of inferior justice. Or the simple misfortune of having chanced in his quest for gainful employment upon an Eastern European ISAF nation with a relatively short history of the rule of law. The three Afghan interpreters in Britain may yet lose their case, but at least they would know Britain was pushed to the limits. Omar, on the other hand, will presumably never quite know what he was up against — or how the Estonian government allowed its agencies and ministries to play the system (and, it seems likely, the coarser prejudices of parts of Estonia’s populace) to thwart his hopes.

Although Estonian prime minister Andrus Ansip cited international custom in sidestepping questions about the grounds of the government’s decision, enough of the putative reasoning has emerged in the public domain to allow us to tentatively reconstruct the central arguments against Omar’s case — all of them are wholly spurious and specious, if indeed, jointly or severally, they did play a role.

First, it appears Estonia feared setting a precedent for other allies in Afghanistan. Yet the prime minister also said that, as is the international norm, each immigration decision is made on its individual merits without reference to ulterior circumstances. If so, we may have safely trusted our allies to reach their own conclusions irrespective of Estonia’s decision. We know already that the United States admitted dozens of Afghan personnel in 2012 and France has decided to let in at last a half of the locals who worked for it. Germany is still deliberating.

Second, by saying “yes” to Omar, Estonia would allegedly have had to open the door to some 60 more Afghan interpreters (as well as their families) who have worked with its troops over the years. The only permissible response to that is — so be it. When Estonia sent troops to Afghanistan, it did so accepting the eventual consequences of the act. The current government remains an unqualified guardian of that responsibility on behalf of the nation.

Third, it could be thought that by conceding Omar’s plea, Estonia would also admit, however tacitly, that ISAF will leave Afghanistan as a less safe and secure environment for those who work for its modernisation and democratisation. The British decision to admit some 900 Iraqi personnel after leaving Iraq is ample testimony to the fact that it is possible for a reasonable government to countenance such an admission in order to do its duty by those who stood beside it, risking life and limb.

Besides, Afghanistan’s increasing instability is attested by the tens of thousands of Afghans who are voting with their feet and leaving the country. In 2012, more than 30000 applied for asylum in EU countries. The emperor has no clothes, period.

In any case, the “individual threat assessment” the Estonian authorities said would be carried out in respect of Omar’s prospects in Helmand can have been nothing but a laughable exercise in self-delusion. No Estonian soldier may set foot in any Afghan setting as a civilian. Estonian diplomatic personnel travel around under 24-hour military guard. How would such an “assessment” even begin to be carried out?

One suspects it may have amounted to little more than accepting the public assurances of president Hamid Karzai, who, touring Estonia last week, said he would be staying in Afghanistan after the end of his tenure in 2014 “in the house the government’s building for me.” Karzai’s eccentric confidence in Afghanistan’s stability after the NATO pullout in 2014 would hardly count as evidence towards any balanced assessment. Of course, Omar may just have been plain unlucky — Estonian authorities may simply not have had it in them to publicly contradict Karzai.

Whatever the reasoning, one can only agree with Ahmed Rashid who, in comments ahead of the Estonian decision was made public, said that by denying Omar and his colleagues asylum, Estonia (and by extension other NATO allies) would be committing “a huge betrayal.” The author of “The Taliban”, a book which has sold more than 1.5 million copies, should know.

As an Estonian, however, I know Estonia’s betrayal went further. I’m ashamed that the leaders of my country, tens of thousands of whose citizens found asylum in Western Europe and North America in the wake of World War II, did not know historical justice when it stared them in the face. I’m ashamed that the leaders of my small country, which relies for protection and economic aid on the goodness of larger forces, did not know right from wrong.

And I hope against hope that the decision to deny Omar asylum had nothing to do with the increasingly poisoned immigration (and diversity) debate gripping Estonia (and many other European nations, particularly in the east) — a debate which is often racist, ignorant, and, on occasion, downright paranoid.

Ahto Lobjakas is an Estonian political analyst, journalist and columnist.