The European Union’s unwillingness to condemn the violence by the Spanish police during the Catalonian referendum undermines the very set of values the union is based upon.

On 1 October, the world was shocked to discover that excessive use of police force against peaceful citizens is not just confined to countries ruled by dictators. Instead, it all happened in the presumably democratic European Union member state – Spain.

In an attempt to crush Catalonia’s unauthorised independence referendum, Spanish police officers fired rubber bullets into crowds and beat voters with batons as they queued at polling stations. These shocking scenes saw almost 800 people injured by the end of day. Two were seriously injured and were hospitalised in Barcelona. 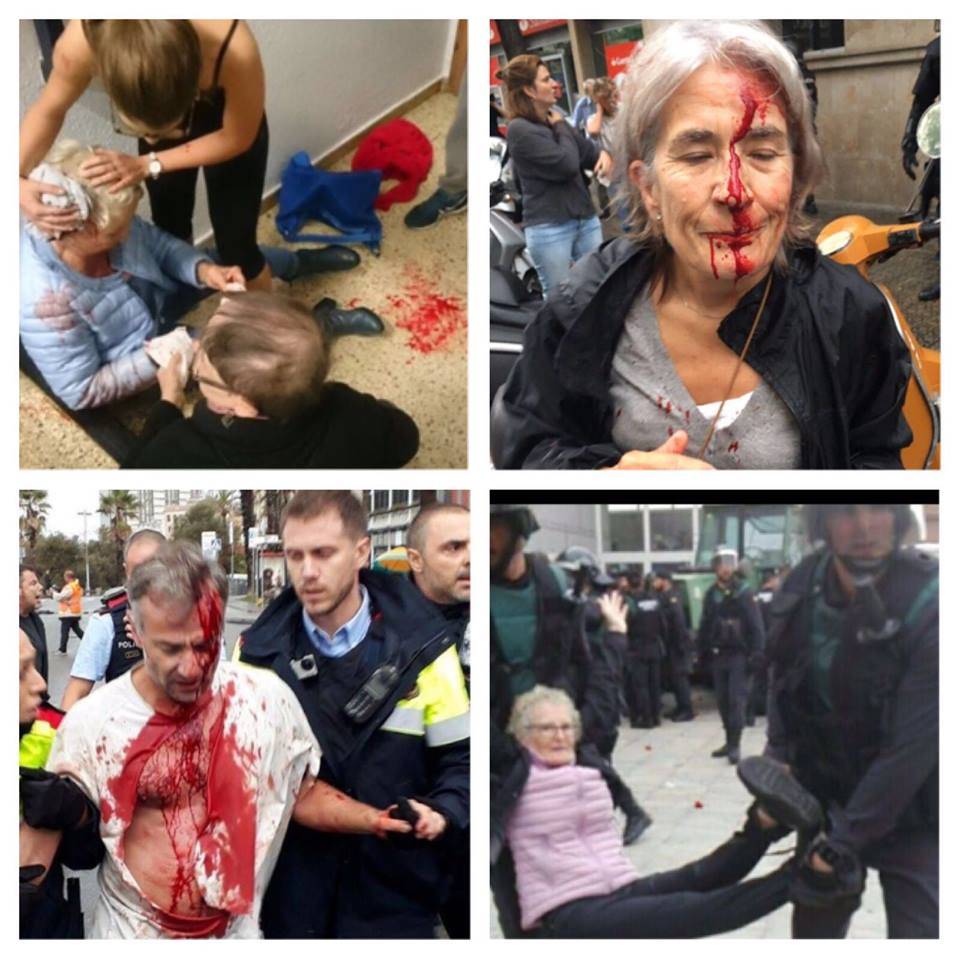 Over the last decade, we have seen similar scenes in many neighbouring countries of the European Union – in Russia, Turkey and Azerbaijan. The condemnation by European politicians has always been quick to follow. After all, the human rights and human dignity are among the core values Europe in general is based upon.

The EU is supposed to be a beacon for human rights. The Article 2 of the Treaty on European Union says of the EU values: “The EU’s founding values are human dignity, freedom, democracy, equality, the rule of law and respect for human rights, including the rights of persons belonging to minorities”. So how come the European Union remained silent on the Spanish police brutality against peaceful citizens? Wasn’t it a clear attack against human dignity and democracy?

Among the European politicians, there were thankfully exceptions, of course. The Belgian prime minister, Charles Michel, said that “violence can never be the answer! We condemn all forms of violence and reaffirm our call for political dialogue”, while the former Belgian prime minister and now an MEP, Guy Verhofstadt, said that while he did “not want to interfere” in the Spanish domestic affairs, “I absolutely condemn what happened today in Catalonia”. In Britain, Vince Cable, the leader of the Liberal Democrats, tweeted that “police in a democracy should never drag people violently out of polling stations, whatever the arguments for or against holding a referendum”.

In Estonia, very few politicians dared to speak out against the Spanish aggression in Catalonia. Instead, the country’s foreign ministry said in comment given to local media that “Estonia supports the sovereignty and territorial integrity of Spain. It is important that all domestic issues are resolved in accordance with Spanish law.”

But in Estonia, too, were exceptions. The foreign ministry’s hypocritical statement prompted Eerik-Niiles Kross, the Reform Party MP, to publicly remind everyone that Estonia was once also attempting to free itself from a larger power. In a remark posted on his Facebook page, Kross highlighted Iceland’s foreign minister’s support for the Baltic independent movements in 1990 – and contrasted it with the Estonian foreign ministry’s cold and timid statement with regards to Catalonian referendum. “I would like to see Estonia have at least a little of this kind of historic memory and solidarity – and at least a per cent of the same courage with regard to the independence aspirations of small nations,” Kross said.

The leader of the Free Party, Artur Talvik, who monitored the referendum as part of the international parliamentary delegation, was blunter. “What I have seen and experienced in Catalonia today is a direct attack on liberal democracy and European values. The modern, lovely and peaceful Europeans have been beaten for wanting to democratically express their views. Precisely the very same Europeans for whom we regard Europe for what it is,” he said. Talvik also questioned the double standards of Estonian politicians. “Our politicians who have used the word, ‘European values’, as conjunction, are now either silent – or trying to justify on what is happening. When it comes to Poland or Hungary, you are eager to comment on, but now you are sitting in the bush,” Talvik said.

No excuse for an excessive use of force

I’m not advocating violating the Spanish constitution. Indeed, Catalans once overwhelmingly supported the referendums that enacted the 1978 constitution that asserts the unified state of Spain, and the 1979 law on Catalonian autonomy. However, when the law on autonomy was rewritten in 2006, Catalans objected to changes made by the Spanish legislature. Since then, the Catalans have increasingly supported the right of their region to conduct a referendum on their independence. Whatever the legal circumstances and disputes, there is no excuse for an excessive use of force against unarmed citizens.

Those who argue that “Catalonian and Estonian pre-1991 situation are not the same” should simply check out one of the cardinal principles in modern international law – the right of self-determination. People, based on the respect for the principle of equal rights and fair equality of opportunity, have the right to freely choose their sovereignty and international political status with no interference. If the people of Catalonia choose to vote whether to remain as part of – or secede – from Spain, they have to have this right, without any violent interference by Spanish police.

I believe the European Union should not just talk the talk, but also walk the walk. In this instance, for failing to speak up for the democracy and human dignity, it has failed to walk the walk. And in doing so, the EU has provided its enemies with a moral high ground, sadly.

The opinions in this article are those of the author. Cover: Spanish police carry away an elderly woman trying to vote in Sant Julia de Ramis (Picture: David Ramos/Getty Images.)