Estonia has been riding the high of many positive ratings in various global indices — from democracy to press freedom to innovation, this nation has ranked among some of the most developed nations in the world proving itself to be a force to be reckoned with. However, it’s not all good news for the Baltic country as the OECD releases its “Better Life Index” which shows Estonia in the lowest percentile for quality of life (among OECD member countries). 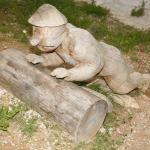 Let’s take a look at a slightly darker side of Estonian reality. As the OECD explains, “[The] Better Life Index is designed to let you visualise and compare some of the key factors — like education, housing, environment, and so on — that contribute to the well-being in OECD countries. It’s an interactive tool that allows you to see how countries perform according to the importance you give to each of 11 topics that make for a better life.”

In 2012 Eurostat statistics demonstrated that Estonia had the poorest living standard among the three Baltic states. The OECD, in its Better Life report, has shown the implications of Estonia’s living standard on a global scale:

“Estonia has made progress over the last decade in terms of improving the quality of life of its citizens. Until the financial crisis of 2008, the economy had seen record-breaking growth. Notwithstanding, Estonia still ranks low in a large number of topics relative to most other countries in the Better Life Index.”

The OECD gives a coherent and full explanation of how the nations monitored ranked in each category, according to the average. Here’s how Estonia stacks up:

In terms of employment, some 65% of people aged 15 to 64 in Estonia have a paid job, very close to the OECD employment average of 66%. Some 68% of men are in paid work, compared with 63% of women, suggesting that women are able to successfully balance family and career. People in Estonia work an average of 1,924 hours a year, more than the OECD average of 1,776 hours.

89% of adults aged 25-64 have earned the equivalent of a high-school degree, considerably higher than the OECD average of 74%. In contrast to most OECD countries, more women have completed high school, at 92%, compared with 86% for men. Estonia is a top-performing country in terms of the quality of its educational system.

The life expectancy at birth in Estonia is 76 years, four years lower than the OECD average of 80 years. Life expectancy for women is 81 years, compared with 71 for men.

There is a moderate sense of community and moderate levels of civic participation in Estonia, where voter turnout, a measure of public trust in government and of citizens’ participation in the political process, was 64% in the most recent elections, below the OECD average of 72%. 86% of people believe that they know someone they could rely on in time of need, below the OECD average of 90%.

Overall, Estonians are less satisfied with their lives than the OECD average, with 69% of people saying they have more positive experiences in an average day (feelings of rest, pride in accomplishment, enjoyment, etc) than negative ones (pain, worry, sadness, boredom, etc). This figure is one of the lowest in the OECD, where the average is 80%.

What could be concluded from this report?

As someone who has been living in Estonia for five years, I feel that it paints a rather dire picture of life in Estonia, which isn’t really an accurate depiction of how life feels on a daily basis.

However, I do also think that in spite of Estonia’s great success in so many areas, and the opportunities available for entrepreneurial types, and all the great press it receives for being open, free and progressive country, there are also some other sides that need to be looked at. These statistics, though stark, are a good reminder of that.

For example, The Economist magazine just recently wrote about how easy it is to open a business in Estonia, and how bureaucracy has been minimised using e-services — but this overlooks the fact that majority of people will never open their own company, and that most young people are eagerly searching for any employment in Estonia, which is not always an easy task; and that Estonia faces a huge spike in emigration and population loss, as people seek work elsewhere.

Disclaimer: This article was first published by Adrienne on http://eastbook.eu/en/

Adrienne is a journalist living in Tallinn and is interested in all things Estonian, and passionate about the Baltics in general.