The Estonian politician and MP, Kalle Palling (Reform Party), explains why it is important to foster the development of innovative transportation companies that transform public transport and logistics.

In less than one month, Estonia will pass a law that will transform the transport sector and help improve the environmental dimension of public behaviour. Why is it important to foster the development of Taxify, Uber, Wisemile, Starship and other tech companies that transform public transport and logistics in Europe?

The Estonian-founded transportation app, Taxify, recently launched its services in Paris and London. In the British capital, Taxify was forced to pull its services after a challenge from Transport for London. Right now, the situation is very promising and I hope it will not be long before Europe’s fastest-growing transport service manages to relaunch in London.

Taxi service in “old Europe” in particular, but actually in most countries, have been a luxury service where accessibility, ie the supply, has been artificially restricted by the power of the legislator and the local governments. This has led to higher prices for the consumers and high licence and certificate fees for the drivers. Only a select few have gained from the protected market.

Many well-travelled people remember how impossible it was to find a taxi in Paris or other large cities at night, even just a couple of years ago. This is exactly why novel technological platforms that offered traditional services appeared on the market, and the old protectionist racket was broken down in many large cities; while the grateful consumers embraced this immediately, the regulators and the legislators have taken much longer to find a fair balance between the public interest and the subjective interests of the players in the old protected market. What has been forgotten, however, is that the innovative services won because the general public – the consumers – wanted a quick, high-quality and sensibly priced public transport.

Now, years later, the Nordic countries – Finland, Estonia, Latvia, and Lithuania – have, to all intents and purposes, created an environment where convenient transport services can develop hand-in-hand with the needs. At the same time, other parts of Europe are coming up with various grounds for monopolising the old taxi services. The whole discussion revolves around pleasing the taxi companies, and less around pleasing the customers – the same people who like the fact that they can now request public transport with one click on their phones.

Why do people like the new transport applications? It is because the customers are taken from door to door without getting their feet wet and without wasting time. You don’t have to spend time to look for a parking spot, you don’t have to own a car and pay for the lease and the fuel, or the insurance, parking and car maintenance. You don’t have to calculate, rain or shine, whether the date is odd or even, and on which side of the street you must park that day. And the money that would otherwise be spent on owning a car could be used for other, fun things – entertainment or travelling, to name a few. After all, the car is the second-largest investment of families, right after housing expenses. And while real estate can actually be an investment, cars are always an expense for a household.

People are happy that every customer can finally contribute to improving public transport by providing immediate feedback. So far, despite strict regulations, most countries have failed in managing the quality of the service – it can only come about when the provider of the service is actually forced to concern itself with the approval of the consumers. 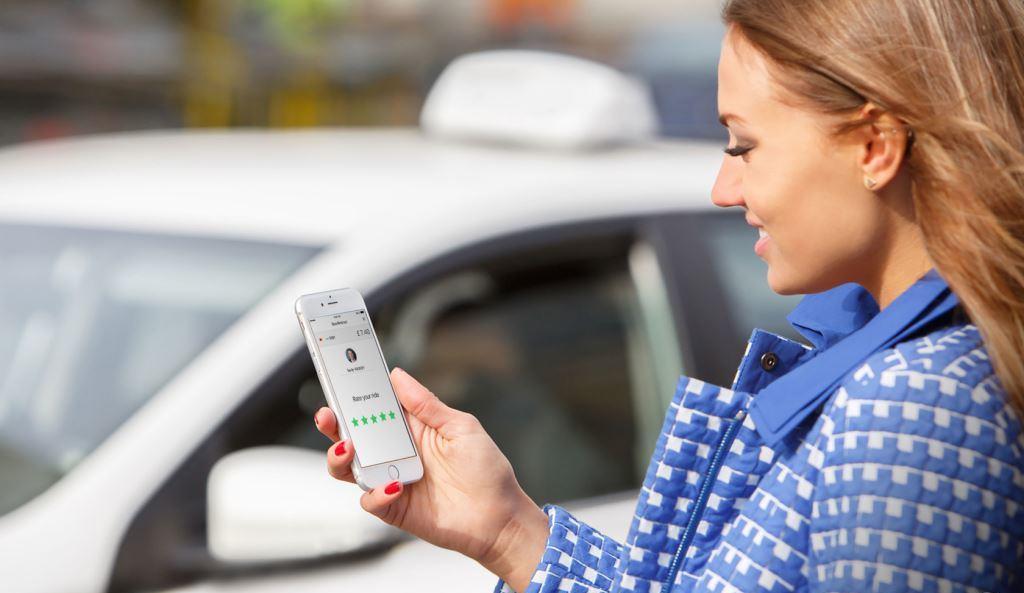 Three massive innovations are currently taking place in car transport: first, various collaborative economy services and platforms; second, the development of electric cars; and third, the arrival of self-driving cars on our streets. Every one of these contributes to transforming the sector in its own small way. But if we add the three together, we will take one big step forward. I believe in self-driving electric cars and robots that I can request through a convenient platform. I believe that all this will happen over the next five years.

“Three massive innovations are currently taking place in car transport: first, various collaborative economy services and platforms; second, the development of electric cars; and third, the arrival of self-driving cars on our streets.”

We talk a lot about the positive impact of technology on the economy – savings, cost-efficiency, freeing the time and the resources for other things; however, we have talked much less about its positive impact on the environment. The average family in the EU or the US spends an hour a day for shopping. Car rides to cover distances of just a couple of miles are extremely inefficient, not to mention harmful to the environment. Pollution, congestion and the wasted time could be eliminated if the already existing technology is made more accessible and taken into wider use.

Energy spent on arguing with the regulators

Quite often, I meet representatives of the European Commission who are responsible for greening the transport sector. Solutions that are often talked about include reducing the number of polluting engines and fuels and electric transport. Seemingly more difficult, yet actually more doable, is the overall reduction of cars in the urban space through a more efficient use of resources.

The concept of a car as a service would be a perfect political measure. It would already be possible today, if we allow the platforms that pool and share our car resources to grow and develop their ride sharing services. Today, it remains largely impossible because most of the energy is spent on arguing with the regulators and proving that the sensors in the back seat do not improve either safety or quality – or proving that the technology that allows the customer to always access the nearest car is more practical than a dispatcher would be.

In Estonia, we have been talking for ages about how to get self-driving cars to test-drive on our streets. I believe that in the near future we will see actual self-driving cars on our streets, in addition to Starship delivery robots. I think the ride-sharing that we practice today is only an interim stage before the arrival of self-driving cars. The platform will remain the same but the cars will drive on their own, and cars will be distributed as public transport to where they are needed by an electronic platform in the cloud.

Car as a service, and platforms as service providers that move people everywhere from point A to point B will become a reality over the next few years – but why wait that long?

One third of car rides are made for shopping. Estonian companies have already proposed a convenient solution to this as well: the delivery robots that bring your shopping bag home. Personally, I am a loyal customer of two supermarket chains that offer such deliveries. Starship – and no doubt soon its competitors – will make this even easier, ecologically sounder and cheaper for the consumer.

The opportunity to provide better and faster social services

One field where the potential of such services has been completely neglected so far is family care. Even today, many parents are using Taxify or Uber to send their children to school or back home. They can simply follow the route of the car on a phone screen.

In social care, the potential of this technology has been completely untapped. Drivers who use the platform to make extra money – or delivery robots – could deliver medicines or groceries to the homes of the elderly or the people who need assistance. This, in turn, also means improved quality of life because people could live longer at home instead of moving to care facilities. The opportunity to provide better and faster social services is the reason why the Estonian-made Starship robots were regulated so quickly in various regions of the US. 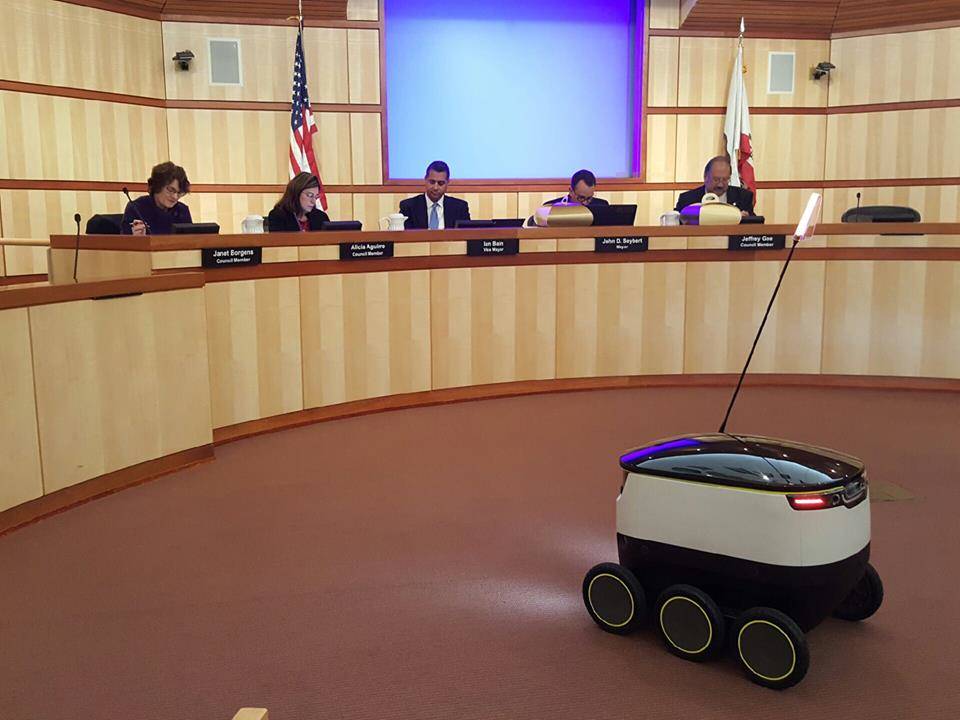 These platforms and robots are not only more convenient and time saving technologies, but also improve opportunities to make extra money. The additional income as a driver, or a shared ride from a suburb to the city centre saves time and money, and reduces the environmental impact. Delivery robots create opportunities for small bakeries, cafés and shops to extend their services and make them more accessible. Should you hanker for fresh juice and croissants on a Sunday morning, you simply order these through an app, and the goods are delivered to your doorstep just a short while later from the bakery in the next village.

All this makes it easier for people to start earning their own living and creating their own jobs. Just like technology allows regional artisans to reach a clientele far away from their village marketplace, it also gives urban dwellers a much needed extra income. But I have to admit that the cherry on the cake would be the increased potential of Estonia’s technological companies, positive development, more jobs in complex sectors that offer larger added value and the cumulative effect of all this on the digitalisation of our whole economy. This is the only way forward for a small nation.

Cover: A Starship delivery robot in Estonia. The opinions in this article are those of the author.

Kalle Palling is an Estonian politician, representing the Reform Party.

1 thought on “Why is it important to foster the rapid growth of innovative transport startups?”