Let us begin with the premise that there is no universal morality. If one accepts this premise it logically follows that there can be no corporate (in the literal sense of ‘group’) morality. Politics is necessarily a corporate institution and therefore any attempts to interject a morality into politics is either an extension of one’s personal morality or if not, nothing more than a vain attempt to conjure a universal sense of morality—something authoritarian states, corrupt states and bellicose states have been very fond of throughout history. 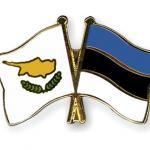 Taking things to a more local level, we observe Cyprus. Cyprus is in financial peril for much the same reason Greece is—over-borrowing money with a currency whose exchange rates are not locally controlled with no realistic chance of making enough money to pay it back. But the other story that just about any Cypriot will tell you is that the country would have an even smaller/weaker economy if not for foreign investment. The majority of this investment is not coming from any Eurozone country but is overwhelmingly coming from Russia. Russian money is buying property, buying local goods, and most importantly keeping Cyprus’s crucial service sector from falling into oblivion.

This is why after rightly rejecting the deeply impractical, contradictory (attacking savers to solve a crisis caused by over spending) and almost vindictive EU bail out terms, the government have turned to Russia. In spite of the predictable anti-Russian propaganda emanating from Brussels and to some extent Berlin, Russia’s interest in Cyprus is the same as the Cypriot people—protecting the savings of their respective citizens. If the British military can fly money to British nationals in Cyprus why shouldn’t Russia be allowed to organise a plan to help her citizens as well and in the process ideally offer Cyprus a bail out of some sort which is more favourable than the European plan?

The plight of spendthrift Hellenic Cyprus may seem to have nothing to do with Estonian politics at first glance but it does, because on Estonia’s southern border is a country quickly becoming a sought after country for Russian investors for much the same reason that Cyprus once was. It has recently been reported that over half the money circulating in the Latvian banking system is in the hands on non-Latvian citizens. The majority of these people are from the Russian Federation, with others from Ukraine, central Asia and the Caucuses. The comparative success in Latvia compared to Cyprus shows how a mix of responsible fiscal policies with foreign investment from a country safely outside the Eurozone can make a small country economically solvent in bad economic times.

But the story doesn’t end there because everyone has their own sense of political morality. There is the admirable position of Nils Ušakovs, one which looks to Europe and Russia equally for political and economic friendship and partnership. The powers of Europe already are painting Russia as the antagonist of Cyprus when in reality Russia could save Cyprus from crisis and ironically save the Eurozone from spending more European tax money on another Mediterranean bail out. Then there are the views of Žaneta Jaunzeme-Grende who talks of the Russian language the way one would talk about a communicable disease instead of what is along with English one of the two most important languages anyone could speak when working in the northern hemisphere.

The fact remains though that Russia still sees Latvia as a friendlier environment than Estonia—hence why Latvia pays less for Russian gas. The lesson for Estonia however is not clear cut. Estonia has benefited from a cultural of technological start-ups which have captured the world’s attention in the way no other European country has done in recent years (whether it be a small Baltic country or a large EU country like Germany, France or the UK). In this sense Estonia can export software and the knowledge that goes with it, something which in the 21st century is tantamount to exporting cars or electronic hardware in many ways.

So Estonia has the potential to be very economically independent in many ways. But foreign investment whether it be in a company or more broadly in property, banks and the service sector is still important(in any country). How important is all down to how much productivity Estonia can capitalise on in respect of the IT sector.

I have no doubt most Estonian’s would rather be self-sufficient than not. Every country wants this. But political grandstanding should never get in the way of attracting money. Cyprus has made itself attractive to Russian money and Cyprus has benefited from it. The problems Cyprus had would be infinitely worse without the Russian money still in the country (for now).  Nils Ušakovs’s political movement in Latvia has demonstrated that being a part of the EU and having good relations with The Russian Federation are not mutually exclusive. They both bring immense benefits.

Cyprus can no longer save herself from the economic crisis, only Russia can do so now. In a macro-economic sense Estonia already has saved herself from the global economic crisis (though problems certainly persist and governments should act faster to fix them). Estonia should increasingly see that Russian investment will be good for the economy and the country. Taking a less antagonistic view towards Russia in general will be not only good for the economy but culturally healthy as well. In much of Europe people view Germany’s economic power which inevitably puts her at the heart of the EU, with distain. In parts of the world Russia is viewed with disdain for much the same reason. Both are small minded parochial views which will ultimately leave the world in a less prosperous and less peaceful position. Pragmatism is often the best antidote for the dangerous zeal that walks hand in hand with notions of universal morality.