The rise of the right-wing party, EKRE – an intolerant, xenophobic, populist and Eurosceptic party – in Estonia is putting in question the country’s political landscape ahead of the parliamentary election in March.

The rise of the populist radical right is reshaping the political landscape across Europe. Estonia, which is preparing for the parliamentary election on 3 March 2019, is no exception. According to the latest polls, around 20 per cent of the electorate will vote for the Conservative People’s Party of Estonia (EKRE). This would make EKRE the country’s third-largest party, after the centre-left Centre Party – which currently leads the governing coalition – and its main opponent, the liberal centre-right Reform Party.

EKRE’s policies fit a pattern now familiar from elsewhere on the continent. The party defends conservative family values against liberals who allegedly “promote a homosexual agenda in society and schools”; stokes fear of migration, which it portrays as a threat to national identity and culture; and attacks the European Union as the embodiment of liberal values. The party’s leader, Mart Helme, has criticised Europe’s liberal elite for suppressing radical politicians such as France’s Marine Le Pen, even drawing parallels between their fate and that of the dissidents in the Soviet Union. In short, EKRE is nationalist, xenophobic, anti-liberal and Eurosceptic. 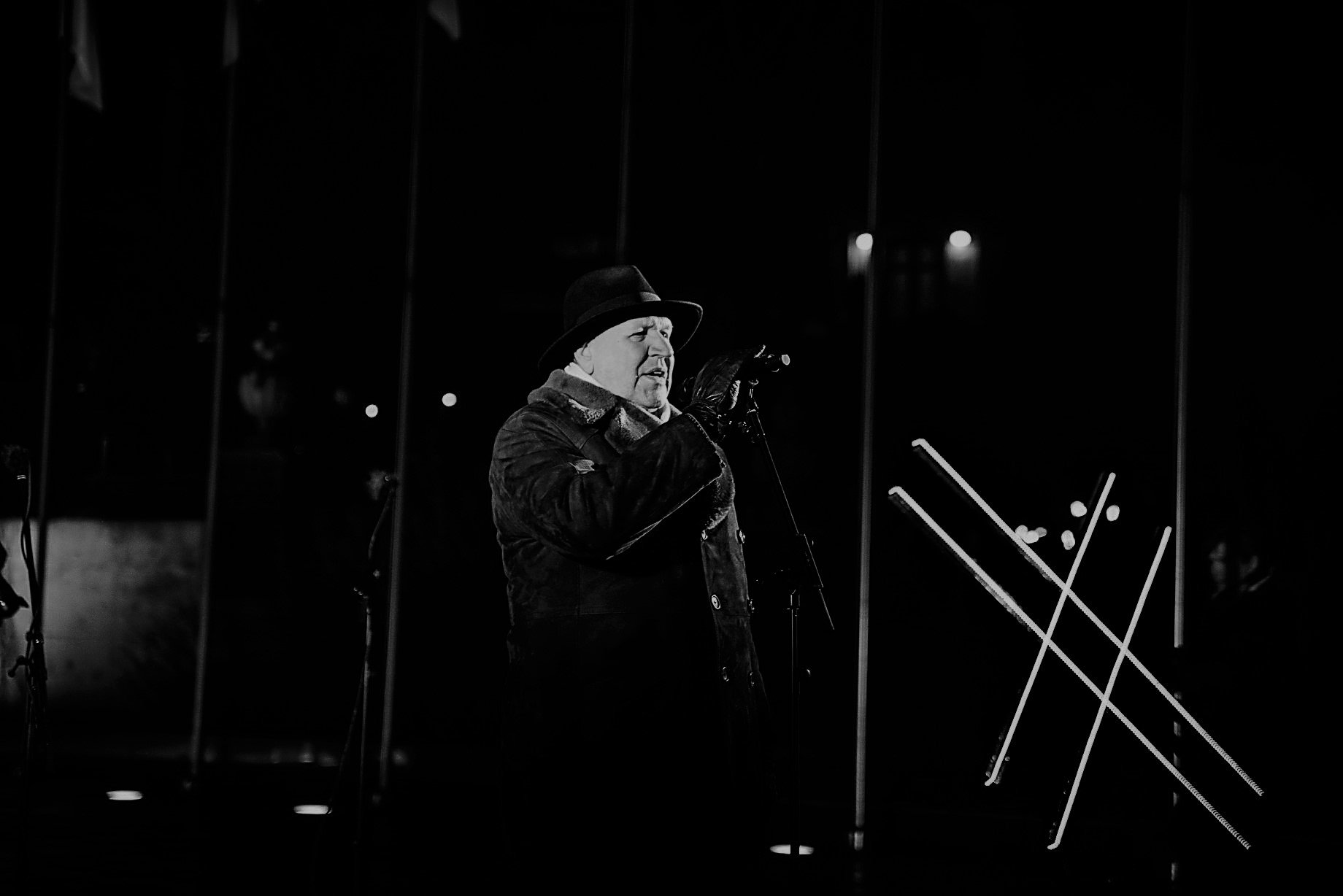 A particularly intolerant and populist twist

Conservative values and nationalism, usually in a milder form, were quite common in the Estonian society and well represented politically even before the emergence of EKRE. Estonians are understandably anxious to preserve their national culture and the Estonian language – which is the mother tongue of fewer than 900,000 inhabitants of the country, or around 70 per cent of the population. This is partly due to the Soviet Union’s policy of Russifying Estonia, whose legacy is the large Russian-speaking minority in the country. The integration of this minority has posed a major challenge to Estonia since it regained independence, in 1991. The Kremlin’s efforts to fuel ethnic tension there have not made the task any easier.

However, EKRE’s nationalism has a particularly intolerant and populist twist, involving a confrontational scorn for the EU, liberal values and ruling elites. According to Andres Kasekamp, who has studied Estonia’s radical right movements in depth, EKRE’s popularity gained a significant boost from the formal recognition of same-sex unions in 2014 (which made Estonia the first eastern or central European country to adopt such legislation) and the outbreak of the migration crisis in Europe in 2015. 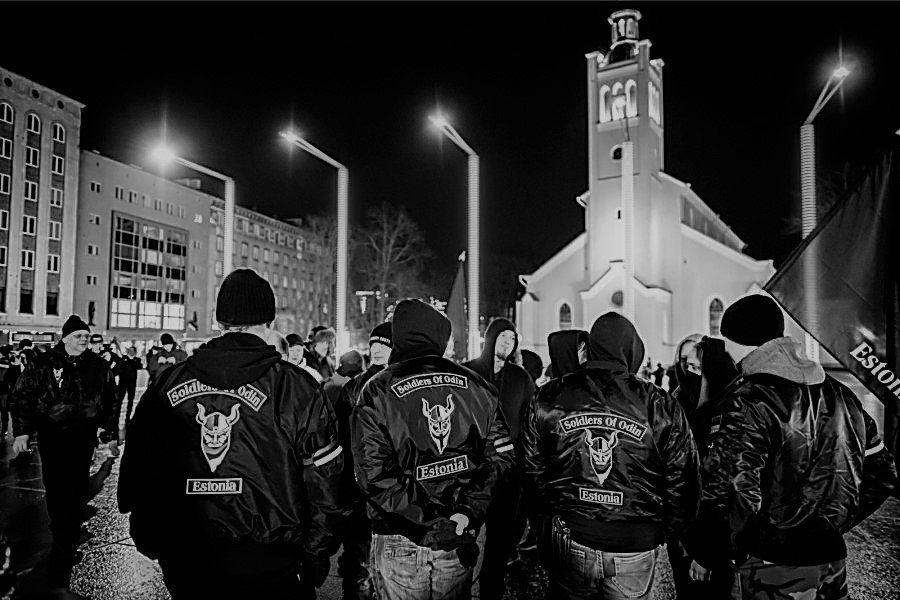 The rise of EKRE has helped increase the polarisation of Estonian politics. Its main opponent, the Social Democratic Party (SDE), is part of the governing coalition and currently fourth in the polls, with the support of up to 14 per cent of voters. EKRE has ruled out joining a coalition with the SDE, portraying its rival as Estonia’s arch-liberal party.

While the fight between liberals and anti-liberals plays out between the third and fourth-largest parties, the two frontrunners take a more cautious line. Neither the Centre Party nor the Reform Party fits neatly onto the liberal-conservative continuum – although both belong to Alliance of Liberals and Democrats for Europe (ALDE) in the European Parliament. Rather, their members have differing views on issues such as migration, family values and how to integrate Russian-speakers into mainstream society. Strong economic liberalism characterises the Reform Party, whose new leader, the former MEP, Kaja Kallas, holds liberal views on most issues.

The Centre Party has a more assertive social agenda and is traditionally popular among Russian speakers. The party experienced a rebirth after Jüri Ratas replaced its long-time leader, Edgar Savisaar, in 2016. Under Savisaar, the Centre Party was an outcast in national politics: despite being one of the two most popular political forces in Estonia, it remained in opposition during 2007-2016. In this era, it had many of the typical features of a European populist party, including Euroscepticism (the party opposed EU accession ahead of the 2003 referendum on the issue), authoritarian intra-party leadership and suspicious ties to Moscow.

Yet, under Ratas, the Centre Party became the leader of the government coalition that ran a successful EU presidency and positioned itself within the broad national consensus on foreign and security policy (albeit while creating friction between its members). Meanwhile, the authorities have been investigating Savisaar for alleged corruption and money laundering.

Interestingly, the Centre Party has lost some of the support it once had among Russian speakers, while becoming more popular among ethnic Estonians. EKRE has indicated its interest in winning the votes of some Russian speakers, due to the appeal of conservative values in this segment of the electorate. (Historically, the lack of a party that primarily represents Russian speakers has helped stabilise Estonian society.)

Dealing with the rise of populists

In Estonia, as in the other Baltic and Nordic states, no party can expect to govern alone. There has been a trend in the neighbouring countries towards political fragmentation due to the rise of new populist parties. For instance, recent elections in Latvia led seven parties, including several newcomers, to enter parliament – a situation in which it is very difficult for any of them to patch together a functioning coalition. Estonia’s party system has been more stable than Latvia’s (so far), but it is possible that up to seven parties will enter the next Estonian parliament, too.

Finland and Sweden provide contrasting examples of how to deal with the rise of populists and political fragmentation. The Eurosceptic, populist Finns Party swiftly rose to become one of the four biggest parties in 2011. Following the 2015 elections, the party entered government as part of a coalition with two centre-right rivals. Yet, having become part of the mainstream, the party experienced an equally fast decline and soon split in two.

In contrast, all the other Swedish parliamentary parties refused to cooperate with the radical right-wing Sweden Democrats. This outsider status likely helped the Sweden Democrats gain popularity and shape the political agenda.

The Hungarian scenario unlikely in Estonia

In all likelihood, Estonian parties will face a similar situation with EKRE in March. They will have to ask themselves: to engage or not to engage?

EKRE itself does not hide its ambitions to come to power. But it should not expect to dictate the terms of its inclusion in a governing coalition. There is a strong national consensus in Estonia on key EU, foreign and security policies.

There is also a high degree of political pluralism that – together with mainstream parties’ broad commitment to the rule of law, the separation of powers and an independent media – make it unlikely that Estonia will travel the same path as Hungary, where liberal democracy is under a systemic threat. Nonetheless, given the ongoing volatility of European politics, one cannot take the survival of existing political systems for granted.

This is a lightly edited version of the article originally published in the European Council on Foreign Relations (ECFR) website. The opinions in this article are those of the author. Cover: The torch march organised by the far-right EKRE party on the occasion of Estonia’s independence day on 24 February 2019 (Facebook).

Kristi Raik is the director of the Estonian Foreign Policy Institute at the International Centre for Defence and Security and a council member of the European Council on Foreign Relations. She is also an adjunct professor at the University of Turku. She has published, lectured and commented widely on European foreign and security policy.