Rail Baltic, which would connect Estonia to Warsaw, would tie the Baltics together into a single region and connect them with Europe better. This would benefit all Baltic inhabitants, says the economist and Teleport business developer, Kristjan Lepik.

An important trend I have noticed in connection with my work in Teleport (an Estonian company that helps people compare cities on quality of life, costs of living and salaries – editor) in Europe and elsewhere is that people move around more and more. They work abroad as well as live and study there. People’s communication sphere is expanding. Nowadays, people live in an international information space. Half of the 20-year-olds’ Facebook friends are foreigners. And in this world, good connections are of utmost importance. It all comes down to how different countries are connected to each other.

Sometimes, two points can be geographically further from each other, but if they have very strong ties in another sense, good connections can create even stronger ties. As our advisor Parag Khanna has brought out in his books, the maps should depict who and by which ties is connected to another country instead of spending pixels on drawing the borders.

How is Estonia connected to the other countries?

Based on the Estonian example, we can talk about banking and business networks with Sweden. Our financial lines lead there, although in reality, Finland is much closer to us. But if it was impossible to move conveniently and quickly between the two countries, these business lines would not tie us together. Connectivity is crucial.

Since we work with data in Teleport and compare different cities with each other, we see that Estonia and the Baltic states have a lot to offer to the world for a smart entrepreneur. Our cost level is favourable; we have a clean and beautiful environment; and the Baltic nations speak better English than an average European. 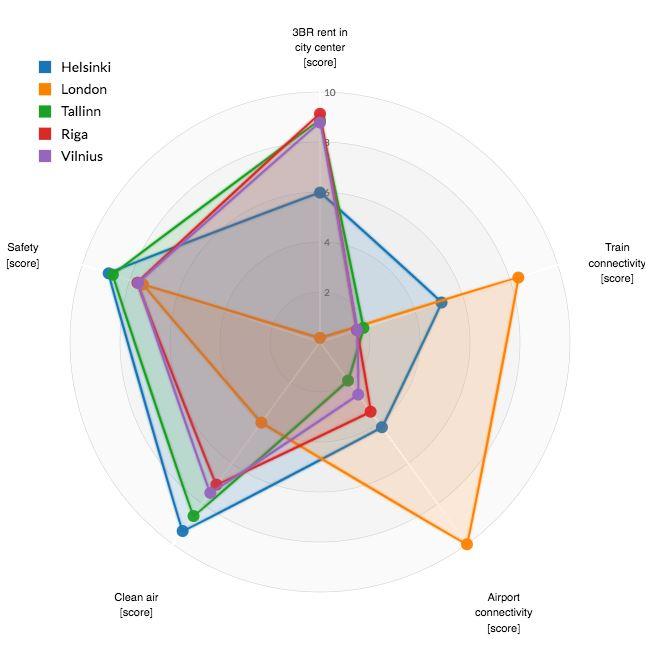 But if you look at the current connections, it is one of Baltics’ strongest disadvantages. I know investment deals that have been dropped because the investors were not able to arrive in Estonia from London. We are lacking good flight connections with London and people do not want to waste time getting here with two stopovers. This is why the deal is off. Thanks to the Latvian low-cost carrier, Air Baltic, Riga surpasses Tallinn in that area, but is still behind bigger European capitals.

Because of that it is important to understand that the role of connectivity cannot be underestimated. As humans, we are constructed in the way that big changes are often hard to grasp. Most people usually expect status quo to continue. Back in 2006-2007, when the real estate bubble was at its height, most people expected a further race in the prices. A couple of years later, when the prices were almost 50% lower and real estate was therefore cheap, most people also expected the floundering to continue. Therefore, people are mostly not able to understand what a big difference Rail Baltic would make. There have been comments like, “Who rides a train anyway?”

The Tallinn seaport gets eight million travellers each year. If there were six Regulas (Regula is a small ferry that serves between the island of Hiiumaa and Estonia’s mainland – editor) instead of the new Tallink ships (the Estonian shipping company Tallink operates a number of large ferries, each with a capacity of over 2,000 passengers, between the capitals of Estonia, Finland and Sweden – editor), how many tourists would we have? Two million? But if the Regulas had covered the route for several years, it would be very hard to sell the idea that we will replace them with new and large boats. 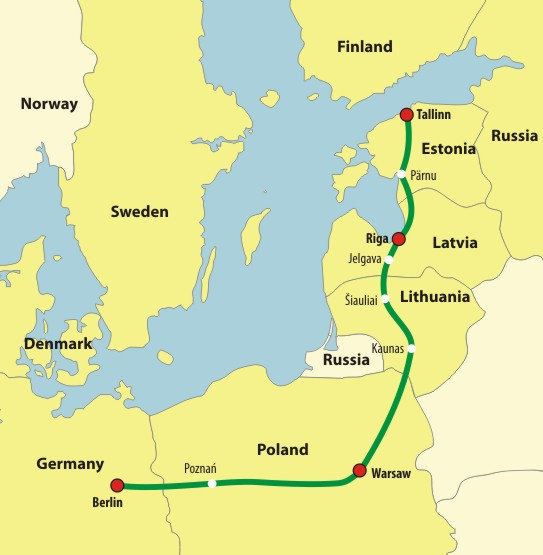 It seems that when people think about Rail Baltic, they don’t understand how it would change our lives. People speak of the Baltics as a common area, but actually our co-operation has potholes. If we were a single region thanks to connectivity and able to get to work from Tallinn to Riga in two hours, it would tie the Baltics into a single region considerably more. Estonia, Latvia and Lithuania are small in population, but we would be stronger when united.

This is why it is important to understand that every step we take to improve connectivity helps us improve our economy. This would be beneficial to all Estonians. We can get out of the country better and we in turn will be more attractive to foreign businesses. When a company comes to Estonia who creates 1,000 new jobs as the international logistics giant, Kuehne + Nagel, did, it also raises the wage level on this field. When a company decides to establish a factory in Estonia, the factory workers’ wages will go up. All people would gain from better connectivity through a more active economy.

The main concern of the sceptics seems to be that neither goods nor people would start moving on Rail Baltic in the future. Should we then quit life in the Baltic area altogether? Nothing moves here, no one comes here and there are no goods either. This way of thinking is weak and has no perspective. Seeing how connections create thousands of new possibilities and as it is currently an important bottleneck in Estonia, I consider Rail Baltic to be a very important project for Estonia and all the Baltic states.

The opinions in this article are those of the author. Cover: the proposed Rail Baltic terminal in Pärnu.

Kristjan Lepik is the Head of Partnerships at Teleport, Inc.