High rewards with almost zero problems: Estonia’s experience with its non-native resident population in the last 25 years has been extremely positive.

Residents of the non-native community of Estonia participated for the first time in the Opinion Festival, reflecting on their life in the country.

Co-hosted by the Estonian World and moderated engagingly by Stewart Johnson, the panellists Lili Milani, Nithikul Nimkulrat, João Rei and Ken Saburi shared their personal experiences of dealing with the administrative side as well as Estonian people, in the public discussion called, “Do non-native residents feel like hosts or guests?”

Compared with Finland or Sweden, Estonia’s non-native resident pool is still tiny – no one seems to know the exact number, but if we exclude the Estonian-Russian and Estonian-Ukrainian minorities (most were born in Estonia, hence they are native), the number is less than five per cent of the population.

In recent years, thousands of Finns have moved permanently across the Gulf of Finland: over 7,000 Finnish citizens now live in Estonia. There are also over 2,000 Latvian, almost 2,000 Lithuanian and German citizens. The number of other nationalities, such as American, Canadian, Australian, British, French, Dutch, Swedish and Polish, totals over 20,000.

Insularity does not bring success

People who have settled in Estonia, have done so voluntarily, either for family or business reasons – but what matters is that they really like the country and want to contribute to its success. For Estonia to remain and become more successful in the wider world, and to avoid becoming an insular country, it is pivotal to let the voices of non-native residents heard and advice listened.

Sure, there are also those who are slagging off anything and everything about their new host country – as the moderator, Stewart Johnson, put it, “the whining expats”. But this group is a minority. Most people who have made Estonia their home in the last 25 years, since the country regained independence, have positive feelings: they value the space and freedom to walk around in the wild nature without restrictions; the relatively stress-free administration when dealing with the public sector; the culture and the people. 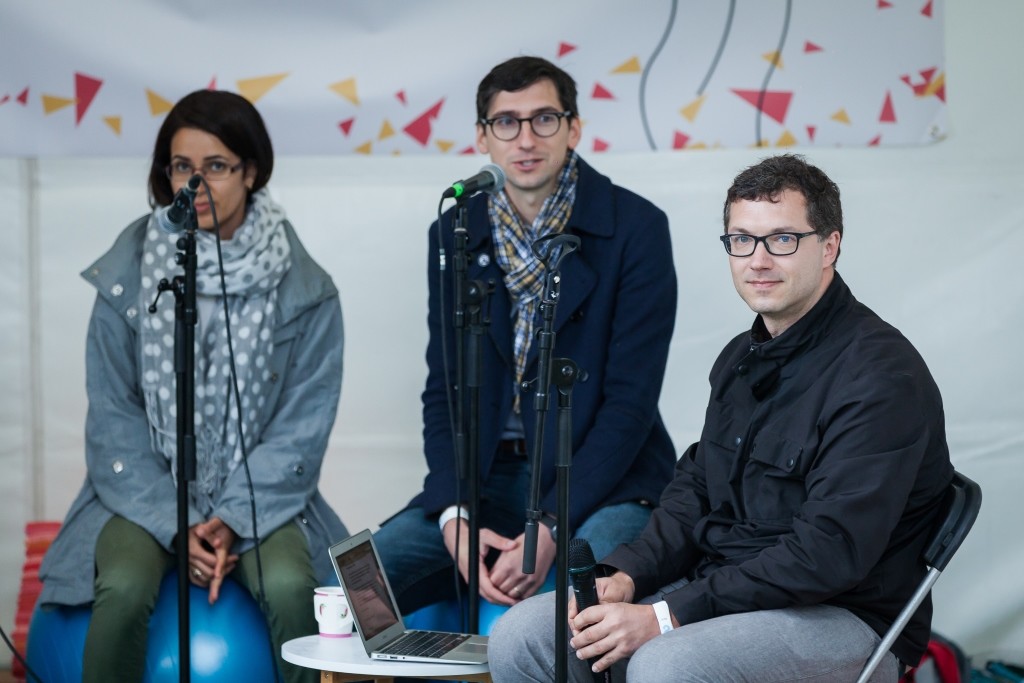 These are the people who want to make Estonia a better place and the synergy that is created in the process, will benefit everyone – Estonians and non-Estonians alike. As in any democratic country that values debate and is open to new ideas, constructive criticism should be welcomed, not frowned upon. We should not be afraid of criticism, but give it a consideration – and if properly reasoned, implement it.

“These are the people who want to make Estonia a better place and the synergy that is created in the process, will benefit everyone – Estonians and non-Estonians alike.”

For example, Johnson, originally from the US, who has lived happily in Estonia for almost 20 years, cited a recent experience with the immigration policy by which he had to reason his residency again. To ask a long-term Estonian resident, who speaks Estonian, has an Estonian family, and contributes to this country on a daily basis, “to provide a reason to stay”, highlights in my view the shortcomings of the current Estonian immigration policies: it doesn’t see the human being behind the bureaucratic labyrinth of rules and regulations.

On the other side of the coin is the attitude of the native Estonians. All the panellists at the Opinion Festival discussion agreed that the majority of Estonians were tolerant and friendly to non-natives. Lili Milani, originally born into an Iranian family in Sweden and now working as a senior researcher at the Estonian Genome Centre, the University of Tartu, said that most of her friends were native Estonians and indeed, she felt like “an Estonian”. She has never encountered any racism here.

But not all stories were so rosy. Ken Saburi, originally from Singapore and working as the technical account manager at the Tartu-based software development company, Playtech, listed at least seven “serious incidents”, where he felt physically threatened because of some locals disliked his Asian appearance. 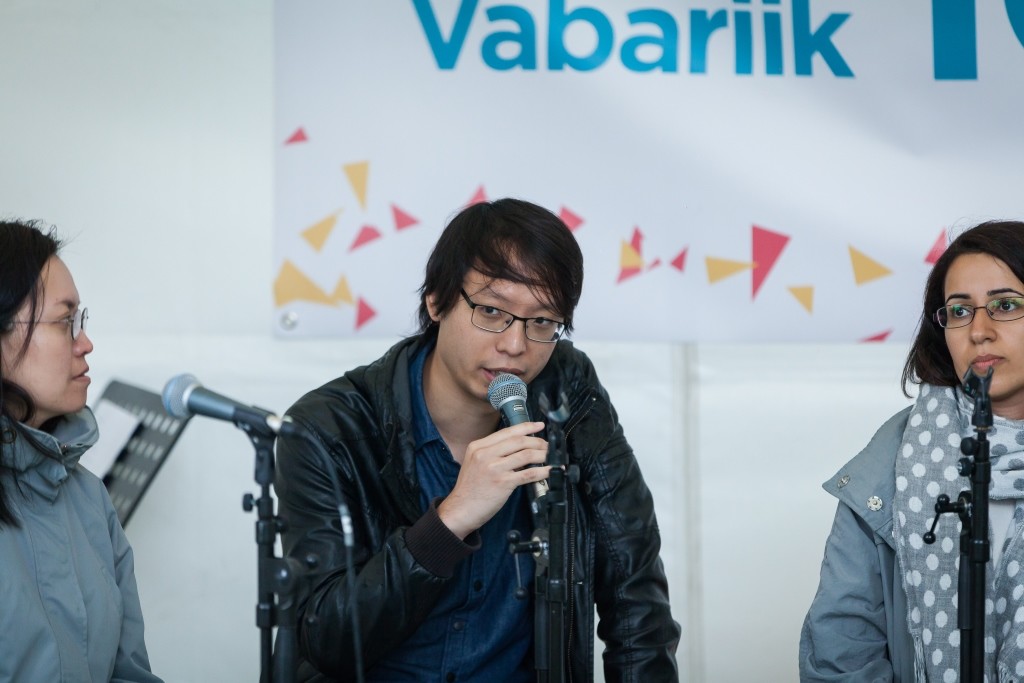 Saburi said that “he has lost count of” verbal attacks, such as being called a “hiina pagulane” (Chinese refugee). Despite of all this, always remaining positive, he also saw a funny side: when explaining to some of the attackers that “he is, in fact, of Japanese descent”, the aggressor relented and withdrew along the lines of “ok, that’s alright then”. João Rei, originally from Portugal, and taking care of digital innovation at Tallinn-based marketing and advertising agency Idea Group, called this half-jokingly a “racism 2.0”.

“For the modern generations, supported by one of the fastest internets in the world, and Estonia ranking 14th for travel freedom, there should be no excuse to be ignorant.”

Joking apart, Estonia should put more emphasis on educational subjects that teach children about different cultures and backgrounds. One could understand that the people who grew up behind the Iron Curtain in a secular country that consisted of two ethnic groups, lack the knowledge about the diversity of the world. But for the modern generations, supported by one of the fastest internets in the world, and Estonia ranking 14th for travel freedom, there should be no excuse to be ignorant.

Recalling numerous times of being complimented for her Estonian language skills, Milani argued that the key for truly successful integration was to learn the language. She admitted that at the beginning, she found the local comparisons of “Russians have lived here for 40 years, but still do not speak Estonian” weird and even sad, but when visiting the country’s third largest city Narva for the first time and unable to get by with speaking Estonian, she understood this parallel better. 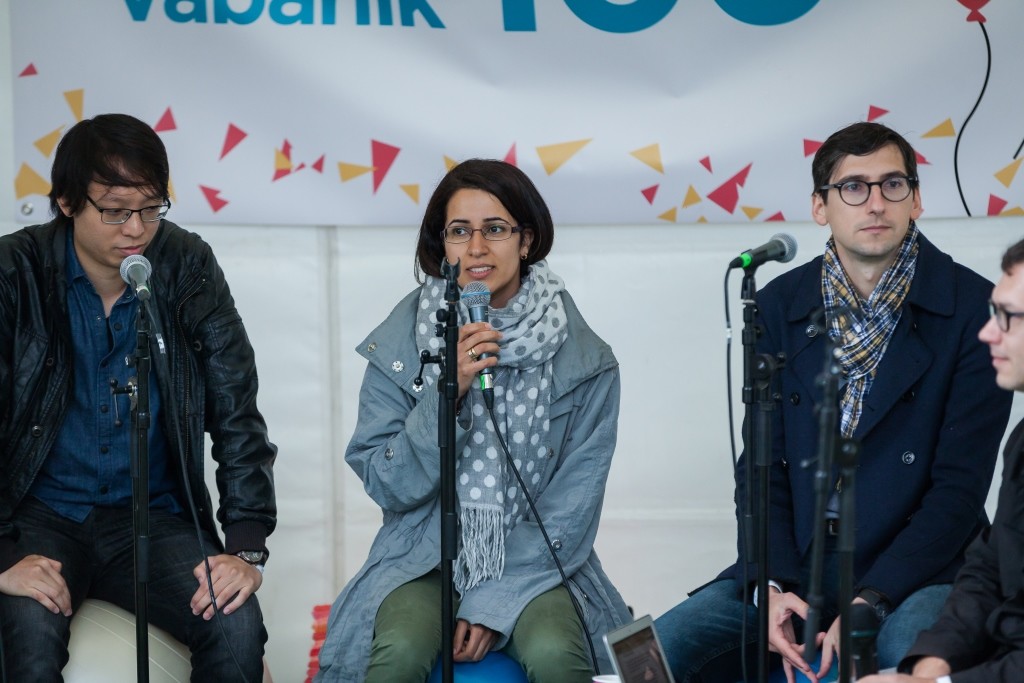 On the other hand, however, speaking the local language is tricky for non-native residents: Estonians want to speak in Estonian only if their conversation partner is accent-free and speaks almost perfect lingua, otherwise they lose patience and switch into English (the ability to get by in English almost everywhere in Estonia is highly valued in other respects). Therefore it’s challenging to give any advice on how to become master in Estonian – having a patient native family member or friend always helps, reading domestic papers or books probably too. Perhaps the local radio and TV could engage more non-natives, in order to become more relevant for those who have moved here from abroad.

People who have moved to Estonia have done so by their free will. They want to live and work in the country and since it’s now their home, contribute to the success of it.

Answering the central theme of the discussion, “do non-native residents feel like hosts or guests?”, João Rei said he now felt more like a guest in his country of birth, Portugal, and more like a host in Estonia. Sure, people retain many of their cultural habits and customs (just like Estonians, who have emigrated, have done), but at the same time, embrace the new host country, bring new energy and ideas, help benefit and grow the economy and contribute towards the social budget. They also spread the word about Estonia around the world, making the country more well-known. 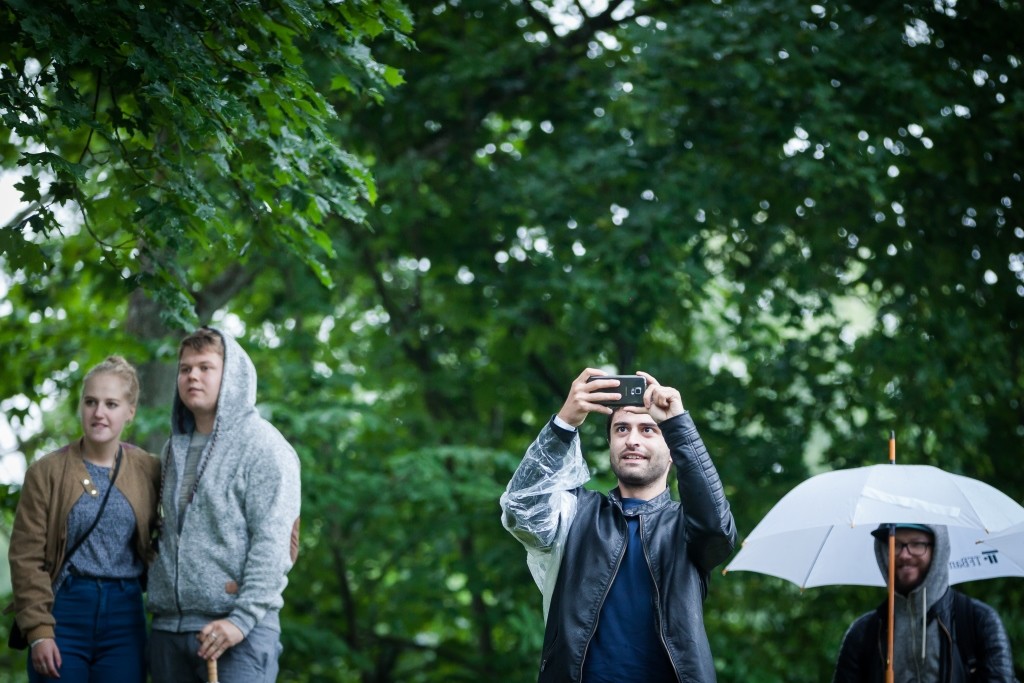 With Estonian population shrinking, we ought to welcome more people to Estonia – otherwise we may discover one day that there are not enough people and resources to support an independent country, let alone a prosperous one.

The opinions in this article are those of the author. Cover: Nithikul Nimkulrat, Ken Saburi, Lili Milani, João Rei and Stewart Johnson discuss life in Estonia at the Opinion Festival in Paide, 13 September 2016. Photos by Sten Roosvald.