When your political party’s decisions – however vile or stupid – dictate your values, you really have none; you’re only loyal to your party, not to any values, views or positions, the deputy editor-in-chief of Estonian World, Sten Hankewitz, writes.

There’s an interesting phenomenon going on in the political world – all over the globe. So many previously respectable politicians have abandoned their entire belief system because their party has suddenly changed, be it because of who they nominated for president or who they’ve joined in a coalition government.

When I’m looking back at the 2016 presidential election in the United States, then what surprises (and disgusts) me the most is the fact that nearly all the top Republicans who during the campaign adamantly opposed Donald Trump, suddenly, after the election, decided, “screw it, let’s be friends with the person who I, during the campaign, vehemently loathed”.

I remember the statements by Senators Lindsey Graham or Marco Rubio, for example. They strongly despised everything candidate Trump stood for. They publicly opposed him and did everything in their power to help keep the unthinkable from happening. But the unthinkable happened anyway. And now, Senator Graham is BFFs with president Trump, and Senator Rubio doesn’t fall back much. (Let it be known, I supported Marco Rubio for president as I genuinely liked him; my liking of him stopped immediately when he started supporting the president’s policies.)

So, what happened to these people? Did their entire value system change because the Republican voters decided to nominate a misogynist, a liar, a con artist, a racist and a clown for president? Or did that change happen when that said clown won the general election?

A party cannot dictate your values

It can’t be, right? When you have values, beliefs and positions – political, ethical or otherwise – they don’t change because of what your party does. A political party does stand for something and you belong to it when your value system agrees with most of it. But when the said political party abandons everything it stands for – how can you still keep being loyal to it?

And now we’re seeing it in Estonia, too. Politicians who were previously respectful, smart and had a certain set of values – whether you agree with these values or not – have suddenly become adamant supporters of a shitshow that negates every single one of the values they stood by previously.

The Isamaa (Fatherland) party stood for socially and fiscally conservative values. It stood for an open society, low taxes, strong defence and Estonia’s belonging to the European Union and NATO. It was the party whose predecessors were responsible for the Estonian success story after the Soviet occupation. It was the party who made the country’s acceptance to the EU, to NATO and to the global family of successful states possible. (Let it be known, I was a member of the party from 2006-2015; I left after it elected a leader whom I opposed.)

And now, both these parties thought it was the best idea to join forces with an openly fascist, racist, anti-EU, anti-human rights party, the Estonian Conservative People’s Party. A party that publicly offends everyone who actually has any values. A party whose leaders call the president “an emotionally heated woman”. A party who has and still is attacking journalists and the free press. A party who thinks that everyone whose skin colour doesn’t pass for white should not be allowed into Estonia and the ones who are already there should be shown the door. A party whose ideology (if it can be called that) has no place in the 2019 world, let alone a country in the European Union.

Okay. You may say, it’s politics. Parties sometimes must forge coalitions with forces they don’t necessarily like because, well, “it’s politics”.

But it’s not politics. It’s a conflict of values. If your values are completely opposed to the values of the institution you’re cooperating with, you shouldn’t have started that cooperation in the first place. The values both Isamaa and the Centre Party stood for before this coalition had no common ground with the values the Estonian Conservative People’s Party stands for. 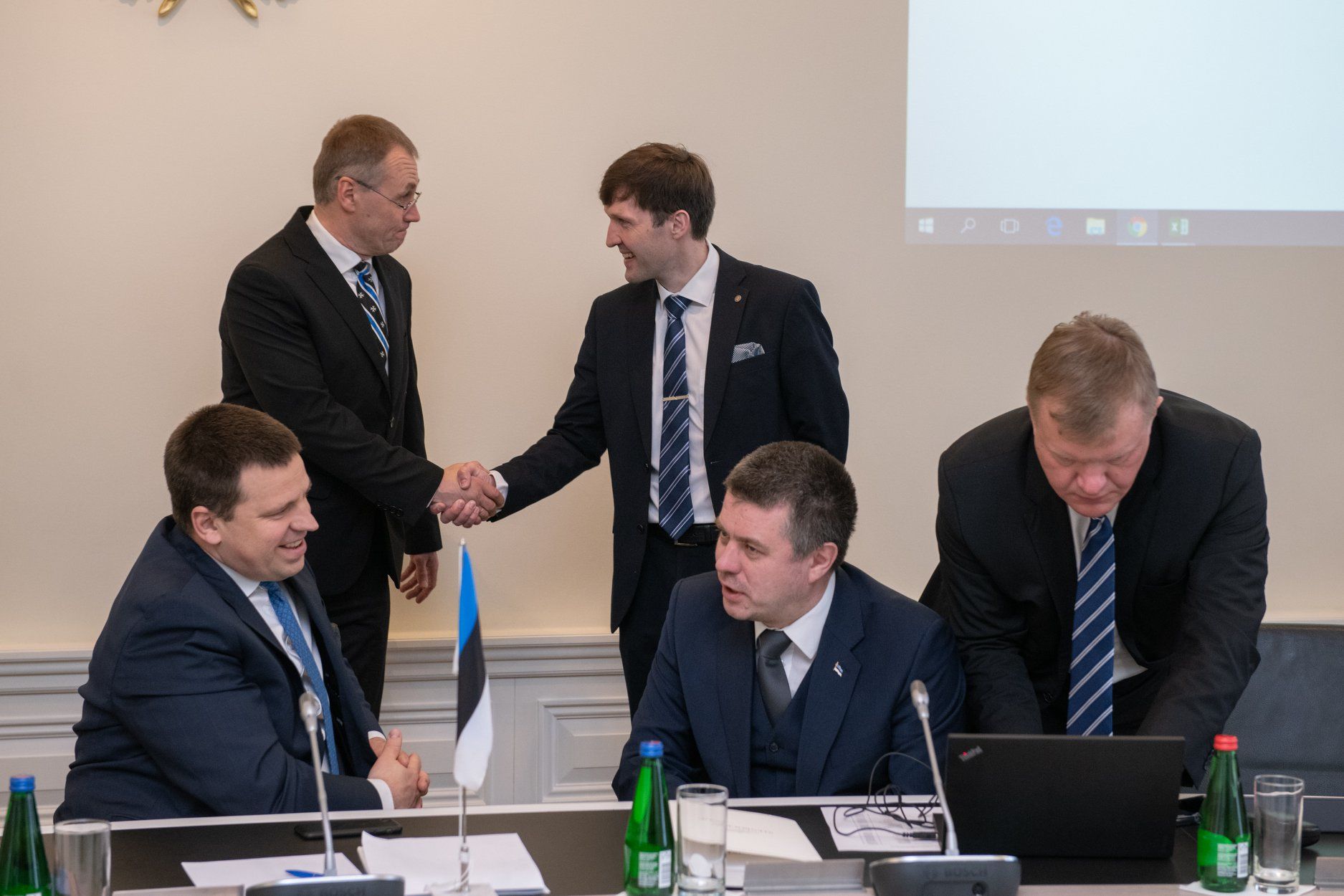 The same thing I described earlier about the American politics – it’s now happening in Estonia. The politicians of both Isamaa and the Centre Party are actively defending the far-right – because they’re in coalition with them. Something that would’ve been unthinkable before. Moreover, the leader of the Centre Party, prime minister Jüri Ratas, ruled out a coalition with the far-right long before the election. And after the election, the far-right turned out to be his first choice for a partner.

Is blind loyalty more important than your own beliefs?

I see it on social media every day. People from both parties actively comment on the posts of people who oppose the inclusion of the far-right, they actively defend the Conservative People’s Party and more often than not, they find ways to offend – or at least try to offend – the people whose posts they’re commenting. They’re actively defending the far-right party’s statements against women, doctors, the media. They’re behaving as if this new normality was, indeed, normal.

They are smart people. They should know better. But they don’t. Or they refuse to. Or they think that blind loyalty to party politics and the decisions their party leaders have made is somehow more important than adhering to their own system of values and beliefs.

I’ve got news for you. If you’re still supporting your party and its leaders when they have forged a coalition with extremists who desire to decimate everything Estonia stands for and its reputation as a small country success story, then you don’t have any values. You’re blindly supporting party politics over any values, beliefs or positions. You’re blindly supporting your party’s decisions, however vile or stupid they might be, and you let these decisions dictate your values.

And that, sadly, only means you have no values.

Cover: Mart Helme (EKRE’s leader and the new interior minister), Jüri Ratas (prime minister and the leader of the Centre Party) and Urmas Reinsalu (the new foreign minister, Isamaa); courtesy of Stenbock House. The opinions in this article are those of the author. Estonian World is open for publishing all argumented op-eds. Please send your op-ed to info@estonianworld.com